Welcome to What’s the Buzz, 25YL’s feature where members of our staff provide you with recommendations on a weekly basis. In our internet age, there is so much out there to think about watching, reading, listening to, etc., that it can be hard to separate the wheat from the chaff, filter out the noise, or find those diamonds in the rough. But have no fear! We’re here to help you do that thing I just described with three different metaphors. Each week a rotating cast of writers will offer their recommendations based on things they have discovered. They won’t always be new to the world, but they’ll be new to us, or we hope new to you. This week, Jan Kalina recommends I Am Not Okay With This, Vincent Greene is watching See, and Rachel Stewart is listening to Lady Gaga’s “Stupid Love.”

Jan: I Am Not Okay With This is an excellent treat of a series. You gobble it up quite quickly. You don’t really have a chance to get bored or anything. It’s seven episodes, most of them running for 20 minutes. The pacing is magnificent (unlike some shows which run for 60 minutes and the plot moves nowhere—you know which ones I am talking about, yep, most shows on any streaming platform).

The series comes from the same creator as The End of the F*cking World, Jonathan Entwistle, and the two series share a lot in common. The main characters are basically outsiders, misfits in the world. Or so they perceive themselves. They easily get the angsty teens label. The snarky, intorverted 17-year old Syd (the excellent Sophia Lillis) deals with the usual teenager stuff: fitting in at high school, friends, love. And then the not so usual: her father’s recent death, which leaves a lot of questions in her life. Dina is her best friend and she doesn’t have to think too much about how to have fun with her best friend. But then Dina gets herself a boyfriend and Syd gets a bit sidelined.

So grief, and a little bit of rejection end up in Syd presenting herself as if she doesn’t care about anyone or anything. But she does. About a lot. And then there is that little issue with the budding superpowers—demolishing trees with her mind, moving objects. You name it. That doesn’t bode well for any of the emotional baggage that Syd is going through right now. So what is this show exactly? A coming of age story, about dealing with grief, people and superpowers. It ends quite surprisingly, brutally and it leaves you wanting more. Can we get the second season soon? Like real soon? Keep the episode count, the excellent pacing and humor and we got ourselves a deal. And of course the talented cast. I am glad Sophia Lillis got herself this show. The soundtrack in this is just the cherry on top.

The whole show’s aesthetic (music, costumes, the town’s look) directly pulls from the ’80s and it left me thinking the whole time that this is the time period it is taking place in, but apparently it takes place today. So maybe it is aiming to ride the nostalgia wave just like any other show/film today. But at times it is distracting. And for whom is this nostalgia targeted—millenials? I am not sure how many people are still familiar with the works of John Hughes. But the whole aesthetic feels…quirky. And that’s good. It gives the town and characters, and the show in general an identity.

The superpowers are never fully explained, and serve as a set up for whatever will happen next. Some may be disappointed by that, however one can’t deny that this is great world/story building from which other series can learn from.

(People for some reason compare this to another Netflix show, Stranger Things. I can assure that it I Am Not Okay With This is nowhere near the levels of bad as ST. Fortunately this is its own thing and is not trying to brutally and callously rip off every work out there imaginable as the aforementioned Stranger Things.)

Vincent: Created by Steven Knight, See is set in a dystopian future where all of humanity has lost the sense of sight. The series premiered on Apple TV+ back on November 1st of last year. The narrative of this piece centers around Jason Momoa’s Baba Voss. Voss is the Chieftan of his people, and the show starts as his wife is giving birth to a set of twins.

To everyone’s amazement, the twins can see and this changes everything. Even though he is not their biological father Voss takes them in, adopting them as his own. I won’t go into the elements of the series too much at risk of spoiling it.

What I will go into is how smart this show is in how it portrays human evolution. After being blind for centuries due to an illness that their ancestors contracted long ago, they have figured out new ways to interact, hunt, fight, build and basically just survive.

The level of ingenuity at play here by See’s creators is not to be sniffed at. The whole world is built with incredible levels of imagination and originality. How they adapted the world for its blind inhabitants took a lot of intricate work and planning. The world seems so real and filled with unknown terrors.

It is a harsh society, run by fascinating characters. It is the land of Queens, Chieftans, Witch Hunters and Prophets. It is brimming with such rich mythos that the first series barely scratches the surface of. You can tell that the creators have just begun to peel back the first few layers of this deep and complicated world.

My favorite part, in particular, has to be the choreography for the fight scenes. The style in how they are carried out is very reminiscent of Netflix’s Daredevil. Just like in that show, due to the lack of sight of its protagonist, the fight scenes are always fought at close quarters. The action is brutal and personal. The fights are incredibly tense and fraught with danger.

This is not all that is excellent about these action-filled slobber knockers. The way the writers introduced echolocation and distraction tactics was so clever. It adds another layer to the action and shows how humanity has adapted in so many different ways over the ages.

Season 1 of See really feels like the prelude to so much more. It is a huge world, just waiting to be explored and I for one am on board for the journey.

Rachel: It’s been one week since Lady Gaga dropped her new single “Stupid Love” and it’s a certified bop. After the back-to-back stripped down and soul searching efforts of Joanne and the A Star is Born soundtrack, it was time for Mother Monster to reemerge.

And reemerge she did, with a bubblegum electropop jam as bright pink as her current hair color. The cut will be featured on her sixth studio album entitled Chromatica where color will  play a thematic role.

I’m a huge Gaga stan, and have been since “Just Dance” dropped nearly 10 years ago. I’ve followed all her trials and tribulations, and have been lucky enough to see her artRave: The Art Pop Ball tour and her Jazz and Piano show in Vegas. (My Enigma tickets were sadly cancelled when she came down with bronchitis a couple of days later.) After winning every award under the sun for “Shallow,” I, like every other Little Monster, have been eager to see what’s next.  Whereas the Joanne era felt like a creative reset, “Stupid Love” is ushering is a dazzling return to form, aka that rah rah Gaga we all know and love, but with deeper inner peace than before.

“Now, it’s time to free me from the chain

I gotta find that peace, is it too late or

Could this love protect me from the pain?”

The music video also plays into the ’90s aesthetic of the track, with Gaga and her Kindness Punks looking somewhere between Sailor Moon and Power Rangers (with a dash of ’80s Jem and the Holograms). They fight for peace and like any good vs. evil video concept, it ends with the biggest dance off since “Judas.” 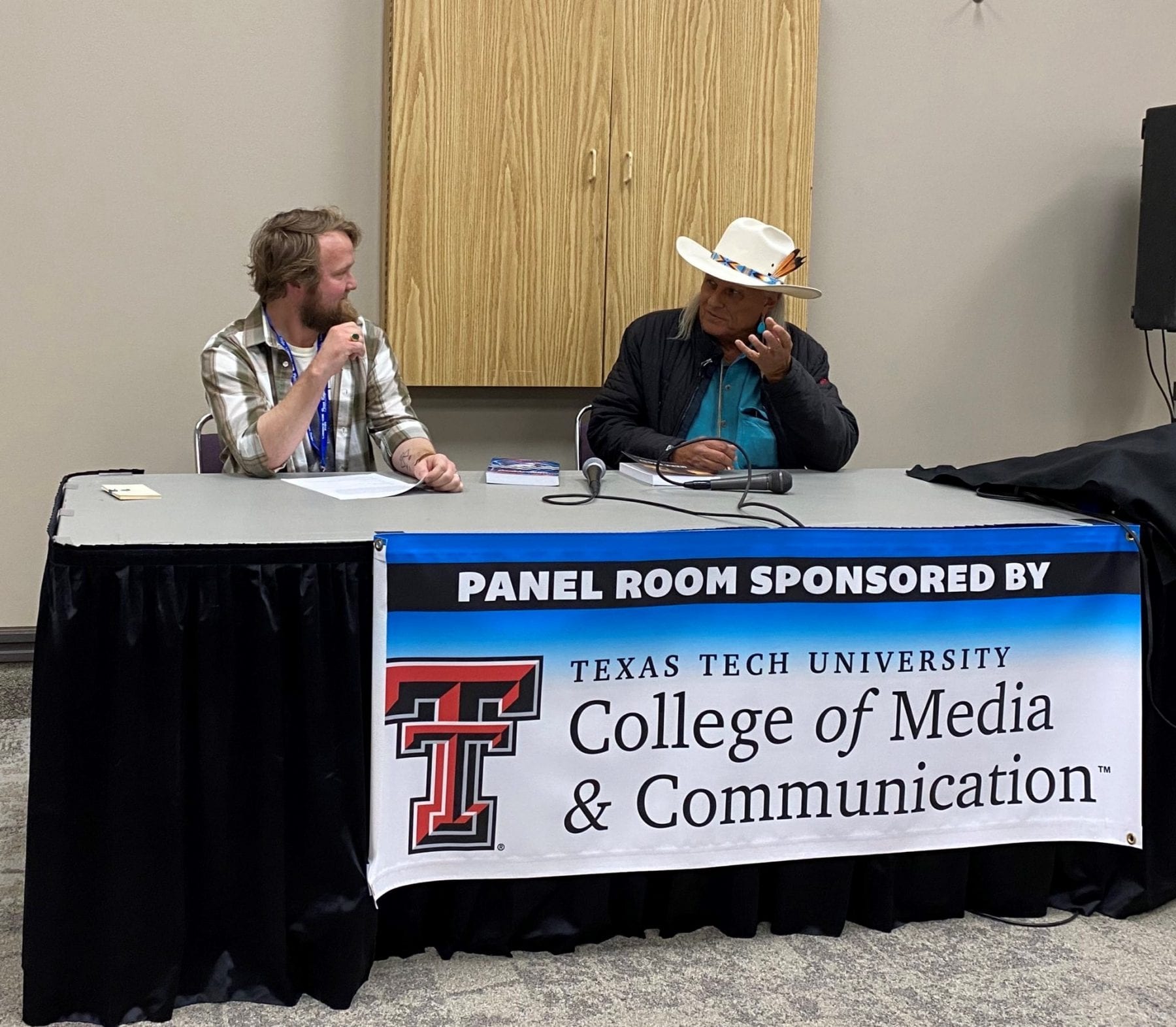