When a hit show ends, it can be a major loss. Some people get their final goodbyes to a show they loved for years while others get one last laugh to send a good show off into the great television beyond. And then, there’s the finale that leaves fans with more questions and possible rage. While some could point to the ending of The Sopranos, this case is about the “disastrous” Seinfeld finale episode.

Since it began, Seinfeld was a trailblazer in the sitcom world and soared to heights unparalleled at the time. However, when “the show about nothing” decided to take its final curtain call, fans of the series were outraged and critics were brutal in their review of the show’s ending. The plot for the finale episode (“The Finale”) details how, after five years of sitting on a shelf somewhere, the new president of NBC decides to put Jerry and George’s sitcom pilot, Jerry, into production for a 13-episode first season. In trying to have one last hurrah, they invite Elaine and Kramer to Paris via NBC’s private jet. 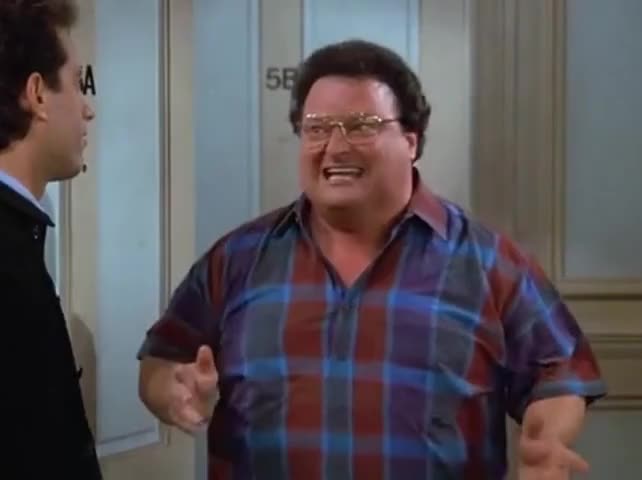 However, on the way to Paris, the plane makes an emergency landing in Latham, Massachusetts, due to Kramer inadvertently throwing the plane out of balance. While they are in Latham, the four witness a fat guy getting robbed. In their usual fashion, rather than do something, they decide to comment about the situation and offer a perspective on this. After being robbed, the man has them arrested under a Good Samaritan Law that was newly established in the small town.

Not knowing any other attornies except fast-talking legal eagle Jackie Chiles (portrayed by Phillip Morris), they beg him to take the case. Since they are the first group of people to be prosecuted under the new law, the judge decides to gather character witnesses to judge the four. Upon this announcement, the countless people who have had their lives ruined, changed or graced by these characters flock to the small town for what becomes the trial of the century.

During the trial in the Seinfeld finale, numerous guest stars are interviewed regarding the character of Jerry, Elaine, George, and Kramer. None of what they say is good, but it’s all hilarious. One of the most memorable moments from the trial is Babu Bhatt, who was seen in several earlier episodes of the series, telling everyone how Jerry is “a very, very bad man” for being responsible for his business, The Dream Cafe, closing (and for accidentally getting him deported). Another great moment comes from Yev Kassem, known to the group as “The Soup Nazi.” He tells the court how Elaine threatened to get his shop closed down after she got a hold of his recipes.

The trial isn’t much of a nail-biter because it’s pretty obvious what the verdict is going to be. After a brief montage of the numerous witnesses bonding throughout the small town and Jackie Chiles in bed with Sidra Holland—played by Teri Hatcher and known for the line, “They’re real and they’re spectacular”—the jury returns with a verdict.

The jury has decided that they are guilty and are to be sentenced to one year in prison. The courtroom is filled with joyous responses from those who have been harmed throughout Seinfeld’s nine-year run, while George’s parents are shocked by the news. As the four are escorted to a holding cell before they are taken to prison, they all take some time to look on the bright side—that it’s only a year of their lives. 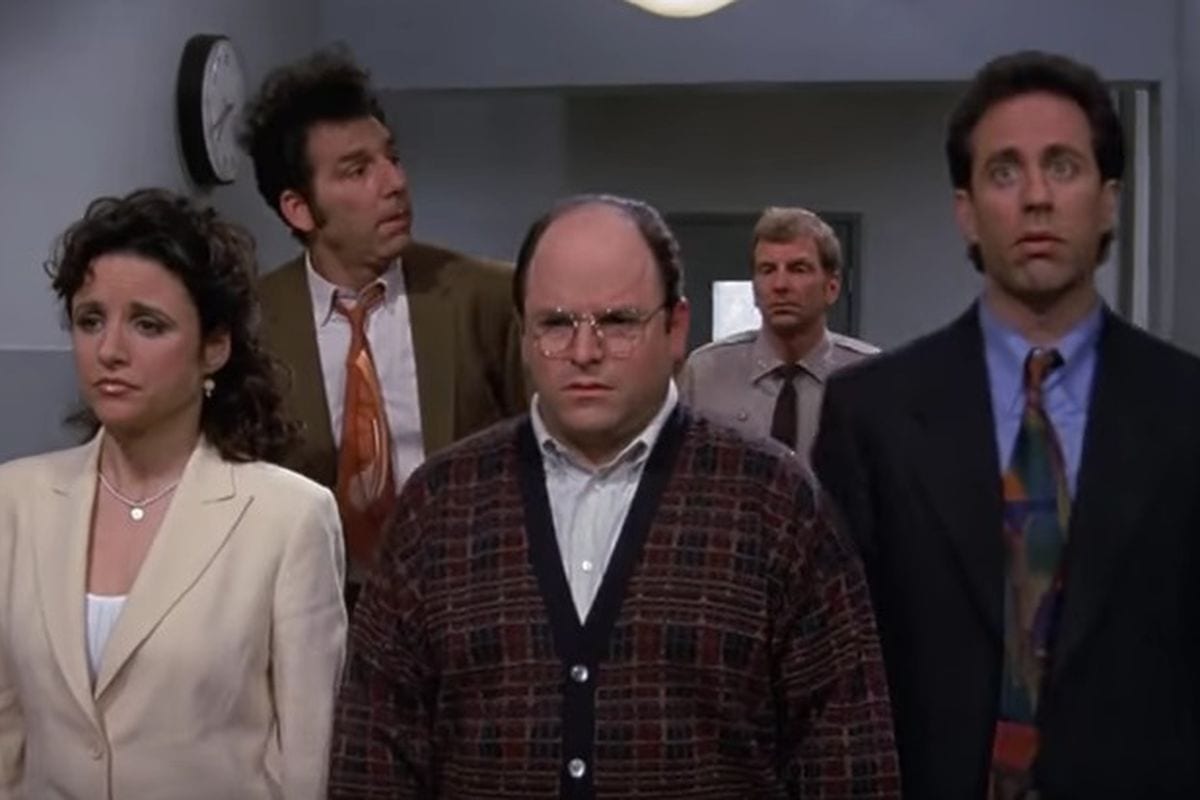 Once they are in the cell, the show closes with Jerry and George having the same conversation they began the show with, about a button on George’s shirt. The show was lambasted by critics and the show’s following alike who felt the Seinfeld finale was a giant middle finger to those who watched it. Actually, when you put it in context with the rest of the series, it makes sense that the four went to jail.

Throughout the series, many people (including the main characters) have told Jerry that something bad would happen to him, though he usually waved it off. In “The Finale,” Newman comes to Jerry wanting to go to Paris, but Jerry turns him down. Newman responds with, “All right! But hear me and hear me well. The day will come. Oh yes, mark my words, Seinfeld—your day of reckoning is coming. When an evil wind will blow through your little play world, and wipe that smug smile off your face. And I’ll be there, in all my glory, watching—watching as it all comes crumbling down.”

Some could argue the finale episode could have been alternately titled “The Curse” since this was the group’s day of reckoning. In the episode “The Rye,” Elaine says to Jerry, “You know, one of these days, something terrible is gonna happen to you. It has to!” He responds with a simple, “No. I’m gonna be just fine.” Much of the show goes back to the principle that led to the rise of George and the downfall of Elaine in the Season 5 episode “The Opposite.” Many people say “The Finale” was mocking the show’s philosophy, but that was a philosophy the fans gave it. 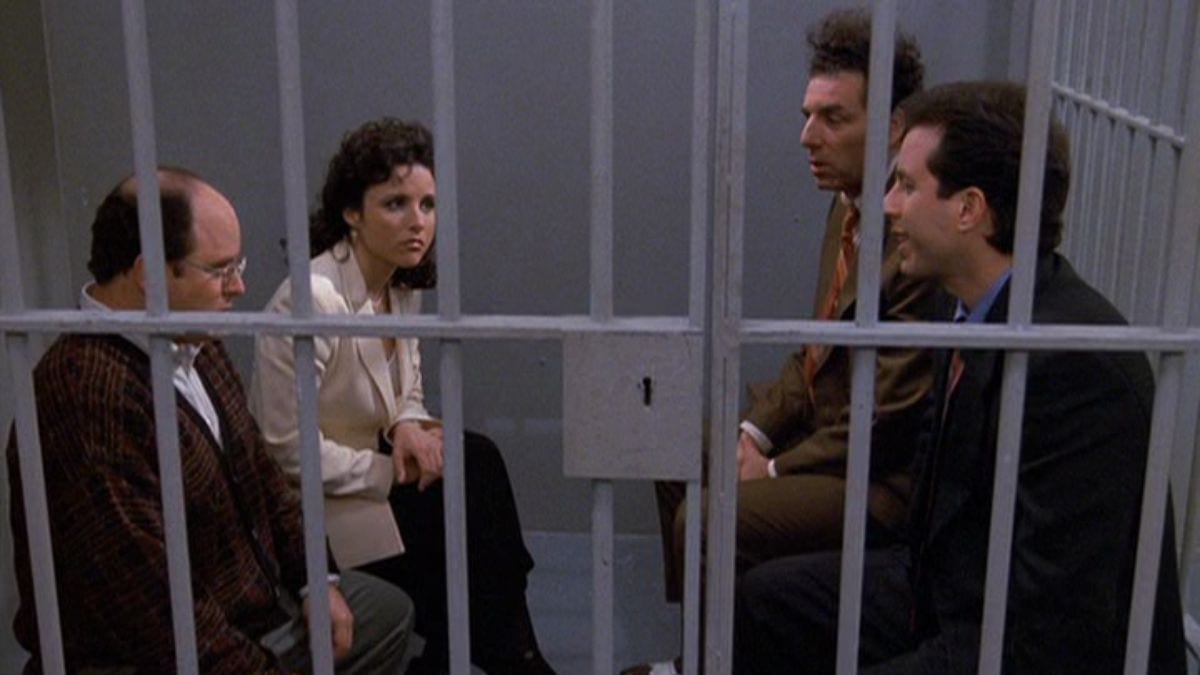 Originally, when it was still being pitched as The Seinfeld Chronicles, the series was meant to show where a comedian gets the ideas for his stand-up routine. However, the co-creator and lead of the series, Jerry Seinfeld, was always interested in exploring the minutiae and unspoken deals of society. In doing this, the fans gave Seinfeld the popular tagline that the show has become famous for: a show about nothing.

In the end, the fans ruined the ending by predicting it and writing it in their heads. “The Finale” was really the only way to end the series since all roads pointed to this group getting their comeuppance. After nine years, sometimes you get what you deserve, and for the characters of Seinfeld, “The Finale” was the best way to show it.