After fans were divided over last week’s hyper-meta “Never Ricking Morty,” Episode 7 of Season 4 of Rick and Morty is a return to a more classic adventure format. “Promortyus” is classic Rick and Morty goofiness, and this time the episode takes aim at the Alien franchise.

I want to point out that with this episode having been released, we can see that the lion’s share of the footage from the S4b teaser and the opening title theme were pulled from these two newest episodes, so the remainder of what we’ll see in the rest of the season is largely a mystery beyond what we can glean from the episode titles and descriptions. 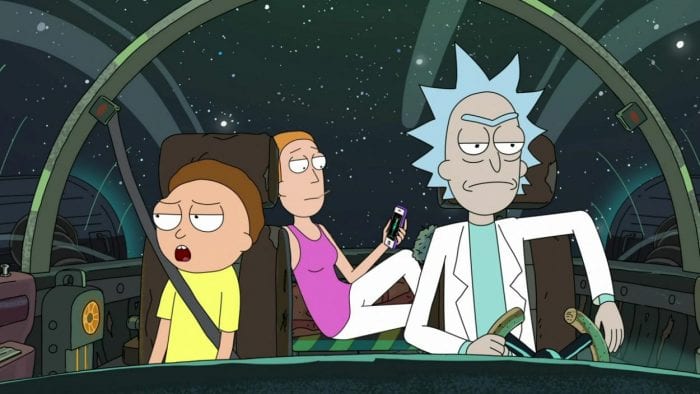 The pair realize that this planet has become highly sophisticated, and Facehugger Morty is revered as genius scientist. This clearly irks Rick, who learns that Facehugger Rick is an Alex Jones-style sensationalist YouTuber that is widely hated. They’ve actually been here for some time: the Glorzo population, after hatching, are alive for 30 minutes before dying to produce another egg. Rick and Morty attempt to feign possession by taping the dead facehuggers to themselves, but the façade quickly drops and Rick and Morty violently flee the planet.

The writers are still really going scorched earth on lambasting opponents of the show’s direction. “I hate this! I hate all of this!” Morty screeches as they escape Glorzo. “Keep that feedback coming, Morty,” Rick retorts sarcastically. “It can only help!” This definitely feels like another riff on the divide between viewers on which episodes they enjoy.

Rick and Morty are happier than they’ve been for a while, gleefully reveling in the wanton destruction they’re visiting on Glorzo (“It’s like popping bubble wrap!”). That is, until they come across a very familiar looking pair of identical towers standing side-by-side. The 9/11 joke is one of the most startling and hilarious jokes the series has yet introduced, but the punchline comes when the next alien structure resembling Pearl Harbor is considered the more tasteful “not too soon” target.

Back home, Rick and Morty are caught off guard upon realizing they had apparently taken Summer with them originally—and she’s nowhere to be seen. So for what I believe is the first time, Rick and Morty are forced to return to Glorzo to get Summer back (featuring an engagingly anime-fueled Ronin Warriors transformation sequence). Summer is enjoying the queen treatment; in flashback, many a Glorzo facehugger attempting to latch onto her face died on account of Summer’s new choice for her “thing” to be a toothpick in her mouth. When Summer suggests that the aliens’ lifestyle of attaching to a host and only living for 30 minutes before violently dying to lay an egg is no way to live, they crown her their ruler. Under Summer’s reign, Glorzo transitions from simple parasitic species to scientifically advanced, pacifist society—although they’re still facehuggers. 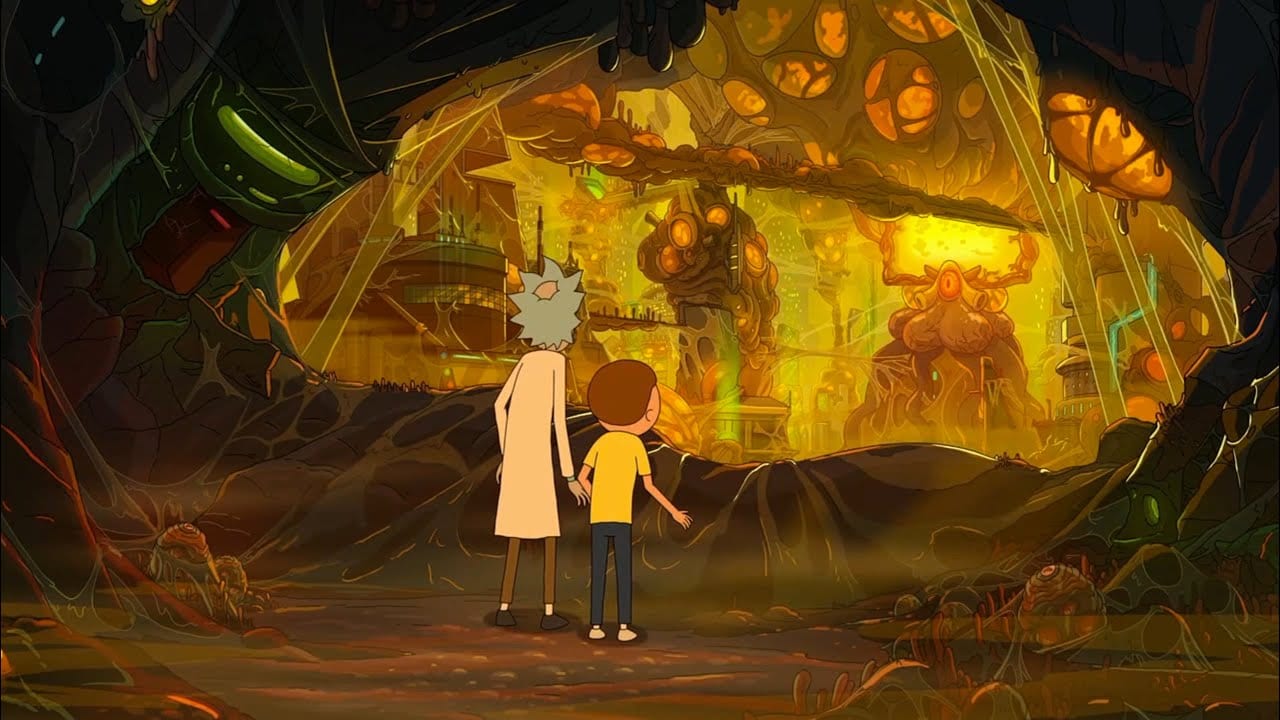 This is one of those episodes that delves back into the relationship between Rick and Morty—and why fans shouldn’t be worried after last week’s standalone anthology episode. During their flight from the alien planet, they have a friendly heart-to-heart about being more open with each other. It’s probably one of the most relaxed conversations Rick and Morty have had across the entire series, and it’s honestly nice to see a brief break in their frequent antagonism especially as they do so while slaughtering the peace-loving citizens of Glorzo.

Rick is rarely open about his love for his family when anyone else is around: nearly all of his selfless acts have ironically been when he was alone, where he couldn’t be judged for showing a heart. He turns himself in to ensure the safety of his family; he sacrifices himself to rescue Morty when reality was split into infinite copies; and upon realizing that Mr. Jellybean attempted to assault Morty, Rick, with fire in his eyes, sidelines his pride (he and Morty were in a bet to see who could lead the better adventure), works hard to console Morty and later brutally kills Mr. Jellybean.

And when he does let those defenses down, he often deflects. After being captured by Evil Rick and shown his life, he wells up once images of Morty during his adventures and as an infant flash on the screen. Evil Rick taunts him for “crying over a Morty”—thus far in that episode, it had been made clear to Morty C-137 that Mortys across the multiverse are seen as expendable, and Rick said as such that Morty’s brain waves are effective in evading capture. This scene proves that Rick sees Morty as far more than armor. Rick deflects Evil Rick’s taunts, claiming to simply be “allergic to dips***s,” but it’s a hard tell for the audience how Rick feels about his grandson and significantly affected how we view their dynamic.

Later in “Promortyus,” the facehuggers possessing Rick and Morty have their own sentimental exchange professing their care for each other. With the Glorzo parasites retaining the voices of their hosts, we “finally” get to hear Rick and his grandson exchange sexually suggestive dialogue as their parasites fall in love with each other. It’s certainly a risky, vulgar, and queasily funny joke, but also helps draw something of a parallel of Rick and Morty’s dependency on each other. Morty has utility on Rick’s missions as a buffer, but Rick also values his grandson as a friend and adventure partner. Of course, leave it to Rick and Morty to convey that in the most uncomfortable way possible. 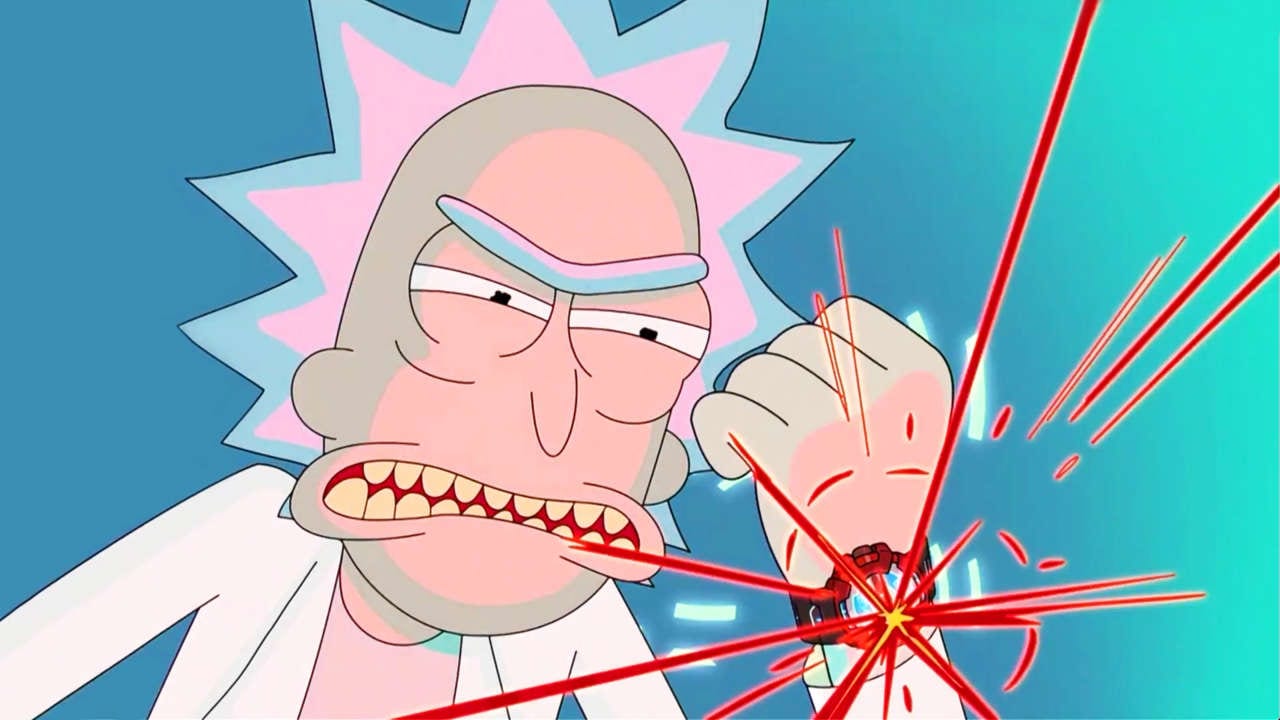 This also “humanizes” the facehuggers. The majority of alien species that have died at Rick’s hands have been a major threat. And while there are a couple of moments in which the Glorzos pose some danger to Rick and Morty, they are largely pacifist and resent violence. It’s ironic, then, that they suffer some of the most catastrophic onscreen genocide of the series.

It’s also worth noting that Rick has been drawing from his flask significantly less in Season 4, and his belching and drool aren’t nearly as frequent. He still has a drinking problem, but he isn’t the raging alcoholic he was in the first two seasons. In fact, Rick has been acting a tiny bit differently so far in Season 4. This wouldn’t be the first time we got duped into seeing a Rick and Morty that ended up being the C-137 we know and love. Hell, they haven’t even been in their original universe since the end of Season 1. Nothing in this show seems to be an accident, even if the writers are deliberately throwing a curveball to distract us, send us down a conspiracy rabbit hole to nowhere, or I’m just thinking too hard.

The episode begins to run out of steam in the back half, once all of the big surprises are out of the way, and doesn’t have much to do or say in the last third. “Promotyus” is the rare Rick & Morty episode that doesn’t really do much with the sci-fi property on blast, and lacks a subplot to keep the ping-pong energy that gives the show so much Rick-diculous momentum. The first big chunk is great, especially in how it takes a swipe at the emptiness of genocide, but that doesn’t sustain the episode all the way through.

On the other hand, it’s still very funny. Especially in the first half, the show continues to mess with its own themes by making the insult-magnet Summer a queen while Rick and Morty spend most of the time possessed or otherwise useless, as well as reinventing a parasitic species to be pacifist and science-driven only for them to be rendered extinct by the end of the episode. And Jerry finally gets something to do when he takes on beekeeping, contributing delicious honey for the family breakfast.

Still, no one cares about Jerry. Some things in Rick and Morty just don’t change.