’Voice Actors Who Earned Their Way Into Our Hearts’ is now available on Audio, read by author John Bernardy, exclusively for our Patreon supporters. For just $3 a month you will have access to our full library of Audio content, plus three new uploads every week. To sign up visit our Patreon page: https://www.patreon.com/25YL

Here at 25YLSite, we handle a lot of heavy lifting. Analysis, interpretation, deep discussion, introspective interviews…you name it, we’ve got it. “Favorites” takes a lighter approach to the material we normally cover. Today, John Bernardy presents you with the voice actors that made the biggest impression on him over the years. Take a trip with him from Looney Tunes to Teen Titans. I bet along the way you’ll see some of your own favorites.

The man is a legend, and rightly so. If you were growing up somewhere between the 1930s and 1990s, it is impossible to not be influenced by Mel Blanc’s cartoon voices. That is doubly so for every voice actor working today.

Mel Blanc is the king. There are great voice actors working their own magic, but no one can top the reach Mel Blanc has on all of us. 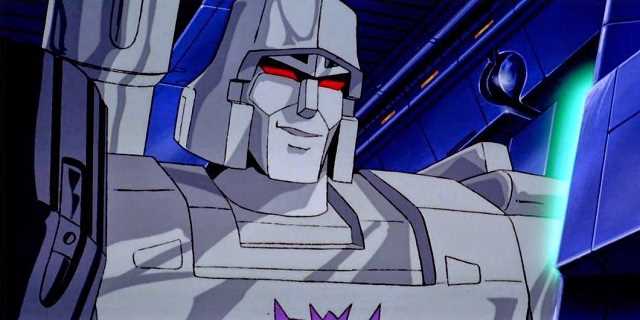 Welker started back in 1969 as Fred Jones in Scooby-Doo, Where Are You!, a role he regularly performs whenever Fred makes an appearance in any show. For that alone, he could be considered iconic, but he also voices Inspector Gadget’s Brain and Dr. Claw, Darkseid on Superfriends, Baby Kermitt & Skeeter on Muppet Babies, while also being Dynomutt, Jabberjaw, and just about any animal you see from The Simpsons’ Santa’s Little Helper to the Capuchin monkey from Raiders of the Lost Ark.

But none of that—not even Dr. Claw—matters to me nearly as much as what Welker did on The Transformers. He was that cool cucumber Soundwave—which was the Dr. Claw voice filtered through a voice synthesizer to great effect—and he was the number one Decepticon, Megatron. The Decepticons’ leader was already one of the coolest characters on TV, but he became legend when he said “It’s over, Prime.” For an eight year-old, there was nothing more intense, or filled with higher stakes, than 1986’s battle of Autobot City from Transformers: The Movie. And that line of Welker’s sent a chill through me that went unparalleled for years.

The power of the Voltron narrator comes through immediately, adding a strength to the show it might not otherwise have without Peter Cullen providing its grounding voice. And Dungeons & Dragons’ main villain Venger gains his gravitas from Cullen’s performance—as does KITT’s “evil brother” KARR on Knight Rider. But none of these iconic roles hold a candle to The Transformers’ Optimus Prime.

While Transformer after Transformer is recast with every new incarnation of the show, Optimus Prime only had a phase of that treatment. Ever since the live action movies, Prime’s been back to Peter Cullen whether it’s Bay’s movies, Rescue Bots, or Cyberverse. Peter Cullen has created the ultimate leader of any organization with the voice of Optimus Prime. He’s weary of war, but made of the sternest stuff. He will do what it takes but will always show respect to who he’s talking to. And he will model how to get the job done to anyone who would ever give him hero worship. Optimus Prime is the paragon, all thanks to Cullen.

How does this happen so visibly in the cartoon voice landscape? Cullen never played Prime like a typical superhero. He modeled the voice after his older brother, who was an actual war veteran. All the quiet strength and valor came from the genuine experience. And because of Cullen, there’s an entire generation who is calmed by his voice. Because when we hear him, we know everything’s in good hands now. Everything will be alright, as long as we work together with him.