London-based indie-pop duo OOBERFUSE have been established since at least 2014, but its only recently that the group has started to gain traction, with their most successful songs released in the years following their 2017 debut LP The Odd Ones. That album did have its highlights but it failed to put singer Cherrie Anderson and instrumentalist Hal St. John on the map. However, the pair have built up somewhat of a profile through international touring, supporting for electronic musical acts such as Rudimental. OOBERFUSE have dropped a few singles already this year, but rather than an album, the pair have chosen to consolidate these tracks on an EP Tears Can Only Sting.

Of the 6 tracks included, there’s little in the way of wholly new songs. “Call My Name” is a remix of a single from last year, “Fly High” and “Father” were released earlier this year as singles, and “Only You” is a strangely muted cover of the ‘80s staple by Yazoo, also released as a single. 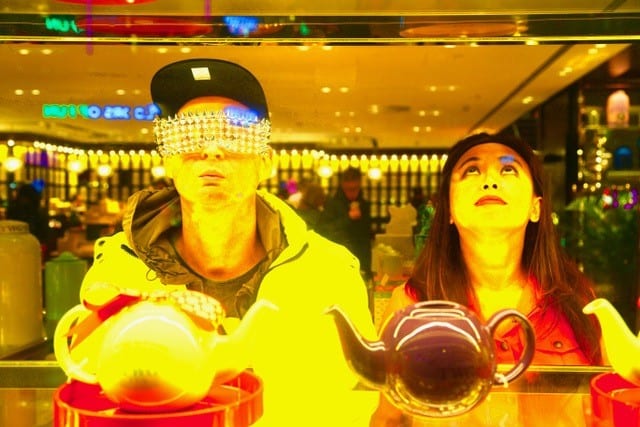 Throughout OOBERFUSE’s catalogue Anderson delivers some cute and catchy vocal melodies, however the mixing rarely does her any favours. Anderson is barely audible on this mix of “Call My Name” over the overly clean and detailed bassline and guitars. It was very easy to get sick of the instrumental on this track, which doesn’t have nearly enough progression or variation for a track of this length. More than 4 minutes is a long time to be listening to this particular immovable and repetitive bassline.

At times though the vocal performances themselves leave something to be desired. The sparse accompaniment on “Father” rests the track on Anderson’s limited skills as a vocalist. Anderson’s thin, breathy singing has its deficiencies, but Hal St. John’s Lennon-esque vocals on the track “Heartlight” are more of an acquired taste. I did grow to appreciate the melody and treatment of the vocals on this track upon repeated listens. St. John sung little on The Odd Ones, but here he appears on nearly every track.

“Fly High” is the group’s most successful song to date. It’s easy to see why as its certainly the best song on the EP, with pumping drums, glittering synths and a sweetly infectious chorus melody. I even liked JVNR’s rapped verse and the electric guitar solo, even if the instrumental feels very cluttered and overbearing by the outro. Despite not sticking the landing, it’s still a solidly upbeat pop tune. “Set Me Free”, here in the form of a house-tinged Patrik Kambo remix, is another highlight with a quivering set of vocals and propulsive synth bass groove. It’s the best produced track on the EP by far.

OOBERFUSE may cite contemporaries in the UK pop scene such as Charli XCX as influences, but there’s little of the same envelope pushing on their end. Their music pulls from a variety of sources, balancing slower acoustic ballads like “Father” with their typical synth pop sound. The glamorous ‘80s throwback disco sound has seen somewhat of a resurgence in recent months courtesy of mainstream artists such as Lady Gaga, The Weeknd and especially Dua Lipa embracing the aesthetics on their most recent records. Combining the sounds with the few pseudo-rap verses on the album could be considered novel, but the verses themselves are too underwhelming to leave much of an impact.

The “Only You” cover replaces the original’s twinkling electronics with a warm bed of synths and a weeping piano that benefits the subtle central melody a little better than the original. It’s a shame the vocals sound a little too prominent in the mix and St. John and Anderson have so little vocal chemistry.

Although it does produce some pretty songs, OOBERFUSE’s EP is still somewhat marred by the weak singing and audio mixing present on their debut album. Hopefully with an increased profile such technical deficiencies will be ironed out and the pair could put together a stronger showing with some more memorable songs for their next full length release.

OOBERFUSE will release ’Tears Can Only Sting’ on 9 October 2020, via Fretsore Records.