There are moments of real beauty in Mike Flanagan’s The Haunting of Bly Manor. “The Altar of the Dead” (Episode 5), which focussed on T’Nia Miller’s Hannah Grose, was a particular highlight, exploring her interiority with depth and feeling. And I was genuinely moved by the scene outside the manor, as they held a bonfire in honour of Owen’s mother.

But that’s all they are—moments. Because something deeper than generations of scorned lovers is rotten at the heart of Bly Manor.

The first time I read Henry James’s The Turn of the Screw, I was 18. I read it in the least Gothic place imaginable: on my Kindle, lying on a Greek island beach, on holiday with my friends after we had finally, finally finished our A-Levels. It was a holiday to forget the stress we were under before heading off to university, but I couldn’t help but feel out of place even then.

I saw danger around every corner, and I was terrified for no good reason when we went to the strip or one of the local clubs at night. Alcohol did nothing but lower my tolerance for the constant anxiety I was feeling.

This acute anxiety wasn’t provoked by anything in particular; I’ve just always been this way. It’s something I’ve learned to manage and control over the years, and it has eased with time, therapy, and medication—The Holy Trinity of learning to deal with inconvenient emotions. Nevertheless, that was when I first encountered James’s novella, and it didn’t exactly do much to help with the anxiety.

The Turn of the Screw is told from the perspective of an unnamed governess who, try as she might, cannot shake the feeling that something is deeply wrong with the children in her care and the house in which they live. She knows that something awful has happened to them, and she is sure that it has to do with the previous valet, Quint, and the governess, Jessel, but she lacks the vocabulary to articulate her feelings.

So they manifest instead as hauntings, as unexpressed traumas are wont to do.

One day, my friend asked me what I was reading. “I think it’s about child abuse,” I told her.

That was the end of that particular conversation.

It’s been nearly a decade since then. My read on The Turn of the Screw has changed and evolved along with the rest of my literary tastes. I’m less concerned now by the literal questions of what, specifically, happened to Miles and Flora to unsettle their new governess in that way. Now, I’m far more interested in how your intuition can lie to you, how you can simmer with anxiety and unease and a sense of wrongness for years until it eats you up from the inside out.

When I was 18, I thought my anxiety attacks were migraines. A doctor prescribed me headache tablets when I was 13 because I didn’t know how to explain what I was feeling. I didn’t have the vocabulary needed to express what I felt, so I couched it in terms I thought people would understand.

“I’ve got butterflies in my stomach.”

All of it was true, but it wasn’t the truth, and that contradiction is at the real heart of James’s story. The governess knows something is wrong but knows she can’t express it, so it drives Flora to hysteria and kills Miles.

Of course, none of this was present in Flanagan’s adaptation.

I understand that he was not aiming for a straight adaptation—that he merged James’s short stories “The Romance of Certain Old Clothes” and “The Jolly Corner” into the series as well—but that lack of the unspoken, unspeakable horror really tore at Bly Manor’s central thesis.

“You said it was a ghost story. It isn’t—it’s a love story,” says a grown-up Flora as she listens to Carla Gugino’s Jamie finally round off her tale. “Same thing, really,” she replies.

I’m not entirely sure what that means, to be honest. It feels like a line that is meant to provide some insight, but in what sense is a ghost story a love story? What makes the two conflate? Ultimately, the line rings hollow.

As an avid reader of ghost stories and romance novels, of Romantic poetry and gothic novels, I can’t say I see the connection between the two as presented in Bly Manor. However, I don’t want to be unfair, because this problem is not exclusive to Bly Manor, but rather represents a fundamental misunderstanding of what the Gothic, and Gothic romance in particular, actually is.

Dani and Jamie’s love story, although proudly and beautifully lesbian, isn’t “unspeakable.” No one has an issue with their love—it plays out much like any heterosexual romance. This isn’t to say that’s a bad thing, because it’s not, but it’s also not Gothic.

Gothic romance is all about the ambiguities of love, and how, when it comes to romantic love, the stakes are raised even higher. There are no stakes for Jamie and Dani’s love. They are so purely full of understanding for each other that there is no conflict.

And that is what Gothic romance has always been, historically.

Think about the time in which the Gothic developed and gained in popularity, and think about who it was for: middle to upper-class white women sent to marry men they barely knew and probably didn’t have much of a chance of ever understanding.

It is out of this very specific anxiety that the Gothic was born: the idea that with womanhood and marriage comes danger, responsibility, and terror. But how can you express those feelings and that anxiety if you lack the vocabulary to do so? It is the inevitable consequence of keeping women so sheltered for so long—they would obviously lack the literal words to describe their experiences, leading the valve to burst and all those latent emotions to manifest as supernatural terror.

There is nothing Gothic about two beautiful young women finding love together in the 1980s. The sanctity of their love is never, ever in question. It’s what makes Bly Manor a really nice story about found family but a failure as a Gothic romance.

Exactly the same problem lies at the centre of Ben Wheatley’s Rebecca adaptation, recently dropped on Netflix. Rebecca (based on the classic novel by Daphne du Maurier) has all the right signifiers of the Gothic—the creepy old house, bad weather, oppressive dark-walled rooms covered in portraits of ancestral owners you could never hope to live up to—and yet it takes no interest in the Gothic outside of these shallow decorations. Instead, Lily James’s Mrs. de Winter breaks into constant tears almost the second she steps inside Manderley. But it’s never portrayed as a result of the ambiguities of her situation. 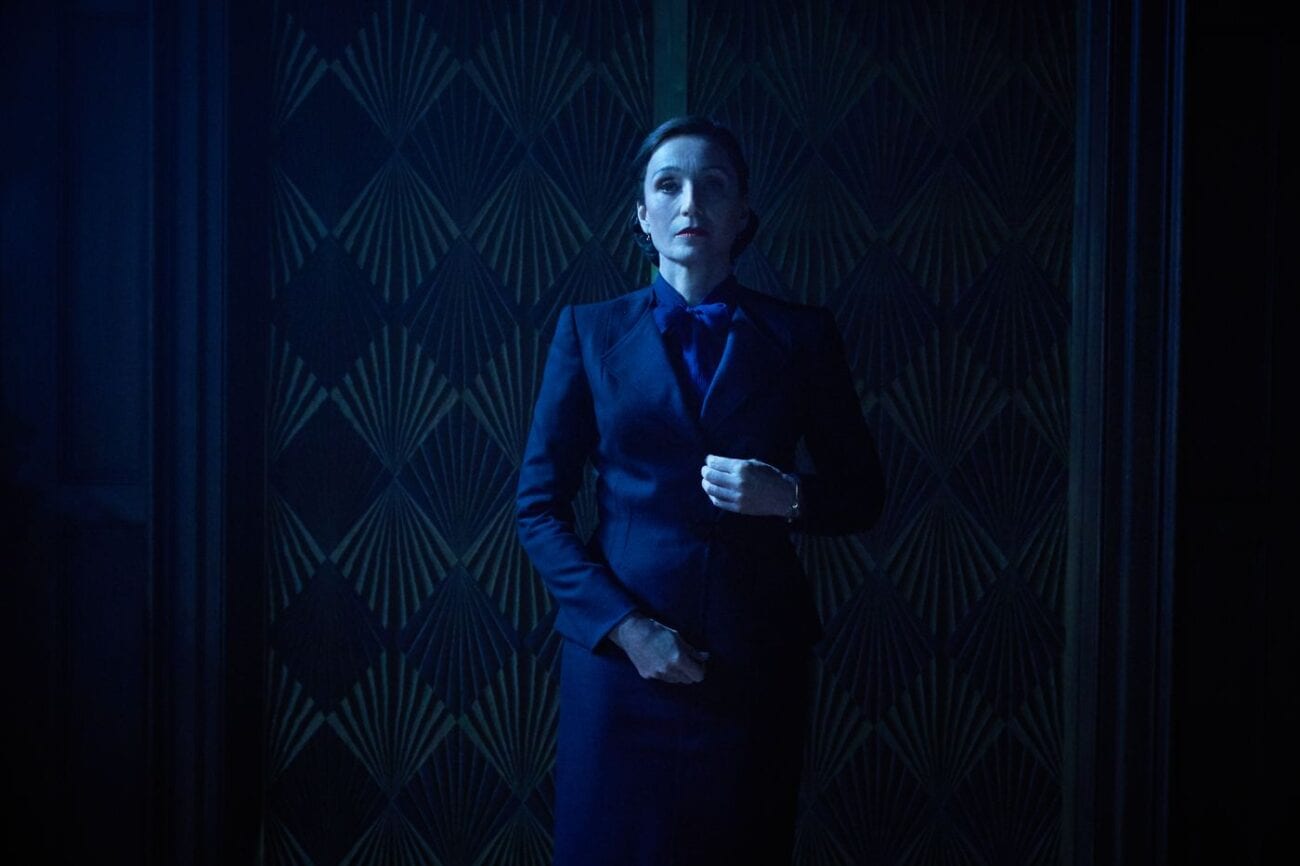 Du Maurier’s novel rests, like all good Gothic romances, on the idea that you can never truly know the person you’re married to. They’ve had a life and experiences before you, and that’s something that, for all your present intimacy, you can never touch.

But in Wheatley’s adaptation, everyone wears their emotions openly. They declare their thoughts and feelings loudly and plainly, leaving the audience, and Mrs. de Winter, with little doubt of where they stand.

“You never tell me anything!” Lily James cries at Armie Hammer’s passionless Maxim. In his defense, the rest of the film’s dialogue leaves me with little doubt that if she were to ask, he’d happily recite his monologue about Rebecca’s awfulness an hour earlier, thus saving us all from sitting through the rest of the film.

It comes back to ambiguity. The daylight isn’t scary, because we can see everything in front of us. It’s the nighttime, the shadows that play tricks on our minds and convince us that there is something sinister lurking in the dark. We cannot be scared of something that is quiet and nice.

And love has to contain that element of fear and risk. The second Mrs. de Winter monologues at the end of the film about how she is at peace with her “choice” to love, but we never saw her make that choice. We’ve seen no real consequences of any decisions she has made. Quite frankly, I’m not entirely sure what she’s referring to. 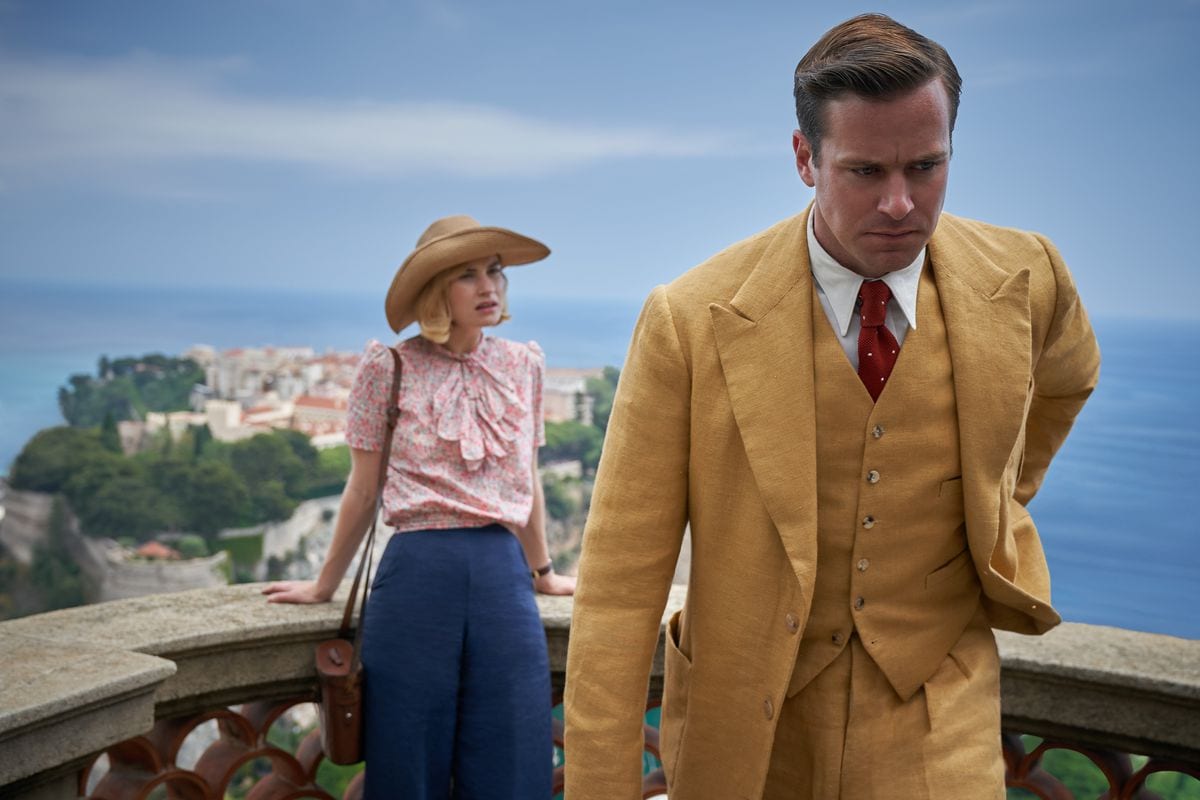 It’s the same thing as saying that a ghost story is a love story—it sounds pretty, but it’s ultimately meaningless.

It’s the Gothic manor house without the uncertainty of what’s around the next corner.

It’s marrying a stranger but finding out that they’re actually exactly who they said they were from the start.

Gothic romance is not about the creepy signifiers, although they are a lot of fun. Instead, it’s about everything you cannot express—all the worst parts of yourself that you keep hidden because you are convinced they make you unloveable, all the thoughts and feelings you can’t bring yourself to voice, and how impossible it is to truly know and understand another person. Metaphor, allegory, and allusion are all well and good. They’re useful tools. But they can’t replace substance, and that’s what these recent attempts at Gothic romance are missing.

Learn to revel in the ambiguity, in the darkness. Let it seep into you. After all, it’s only by letting that darkness in that you can inch closer to that ever-elusive goal—understanding.

More From: The Haunting of Bly Manor