The Clockworks had a surprise single release on Friday 6 November “Enough Is Never Enough”.  The track had its first airplay on BBC Radio1 Future Sounds show with Annie Mac, which says it all about how far the band has come.

The four-piece formed in Galway, Ireland and signed to Alan McGee’s Creation23 label almost as soon as they arrived in London. Previous singles “Can I Speak to a Manager” and “The Future Is Not What It Was” are the observational snapshots of lead singer and writer James McGregor. I have to say the fact you can hear every word that James sings is even more vital because it is the lyrics that play a huge part in The Clockworks music. It is the starting point and the rest of the band build the music around the lyrics.

“Enough Is Never Enough” opens with Sean Connelly on a thrashing guitar that simply demands your attention. The opening lines are “It was a Tuesday, and it was bleak…” Damian Greaney on drums and Tom Freeman on bass guitar join Sean to ramp up the power before James continues.  James has stated that he likes to write about a specific character or scene. He writes social commentaries, and thus their songs feel relevant. With lyrics including a repetition of “These fingers were made for pointing” building to the chorus of “Enough Is Never Enough” you are drawn into our modern world full of consumerism and competition.  And then there is that relentless, driving guitar which perfectly fits these lyrics…and a sharp, immediate end.

James, Sean and Damian were all at school together. James introduced Sean to the music of The Smiths, and the seeds of The Clockworks were sown. With Damian on drums they knew they needed a bass player and spotted Tom who they invited to join.

When it comes to The Clockworks… 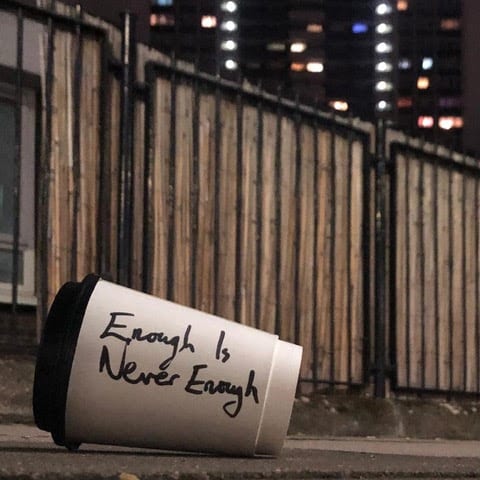