There’s no way Cyberpunk 2077 could have lived up to the hype. It was touted by both fans online and the game’s aggressive marketing strategy as the RPG that would change gaming forever. Unfortunately, amongst a buggy launch, a lack of RPG elements, inconsistent storytelling, and a general lack of interesting gameplay, Cyberpunk is suffering from a myriad of problems. 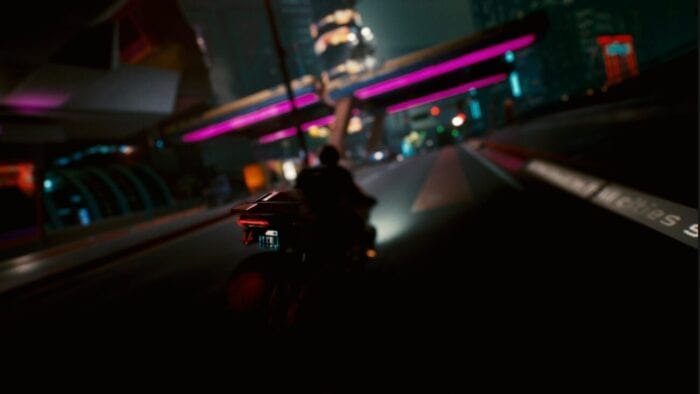 It’s no secret that the game has had a buggy launch, particularly on Xbox One and PS4. Even though the game has released a number of patches, it still has fairly serious issues. I was able to play the game on an Xbox Series S, and I experienced a number of game crashes and graphical issues. Textures wouldn’t load correctly on smaller objects, and my game crashed three times in the prologue. It wasn’t anything game-breaking, but it definitely seemed worth noting. I attempted to load up the game on my base Xbox One, and my issues ranged from repeated game crashes, complete sections of the world lacked any texture (including the NPCs in those areas), and overall the game felt somehow outdated and broken on the console it was allegedly designed for.

Aside from the bugs, the game looks nice. It’s not the best looking game and doesn’t hold a candle to The Last Of Us 2’s character models or Ghost Of Tsushima’s area design, both of which came out earlier this year. That being said, the game looks nice enough.

The combat and storytelling are probably the game’s strong suits, which isn’t saying a lot. Both the main story and the side missions are well written, despite the fact that the characterization of certain important side characters varies greatly. This is the most obvious in Keanu Reeves’ character Johnny Silverhand. Reeves isn’t the best actor at the best of times, and I’d be lying if I said his mostly monotone voice acting was a standout. So far I can’t seem to have a grasp on his character. The most jarring example was when I went from my first encounter with his character to a side mission that became available right after that story beat. Silverhand went from a homicidal AI construct who was attempting to force me to commit suicide to having some sort of buddy-cop relationship with my character. These issues are annoying but don’t permeate the whole of the story and overall it’s a fun ride.

The combat is middling. The NPC AI in this game is probably the worst I’ve seen in more than 10 years, and looting feels more like a grind where you’re killing the same ten enemies to get the same five guns which might do .5 more damage. The level design is almost entirely linear and doesn’t really encourage finding alternate paths if there even are any. The shooting mechanics work. They aren’t great, but I can’t complain. Hacking provides some fun ways to explore areas but doesn’t really change anything.  Stealth is probably the worst offender of all the combat stats. The ability to throw knives and equip silencers to your guns allows you to try and make your way through combat without being detected, but chances are you’ll be seen and detected immediately. 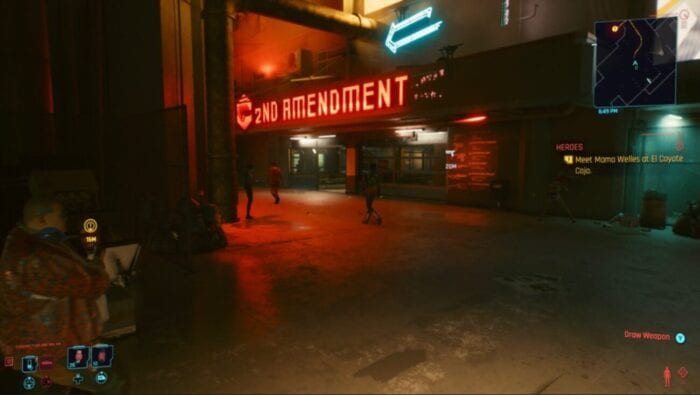 Driving is the main way your character is able to move through the world, and it’s a mess. The majority of the vehicles I was able to drive felt like they were driving on ice, and the acceleration is incredibly difficult to control.  This wasn’t assisted by the fact that the NPC vehicles simply drive on a predetermined path, so they don’t even attempt to make their way around your careening vehicle. In fact, if you simply leave your car in the middle of the street the cars will just sit there. They make no attempts to drive around, complain, or even run you over. They just… wait. The only vehicle I’ve had any fun driving is the Yaiba Kusanagi CT3-H, a motorcycle based on Kaneda’s bike from Akira. It still slides around the road and doesn’t seem to have acceleration control, but at least it looks cool. 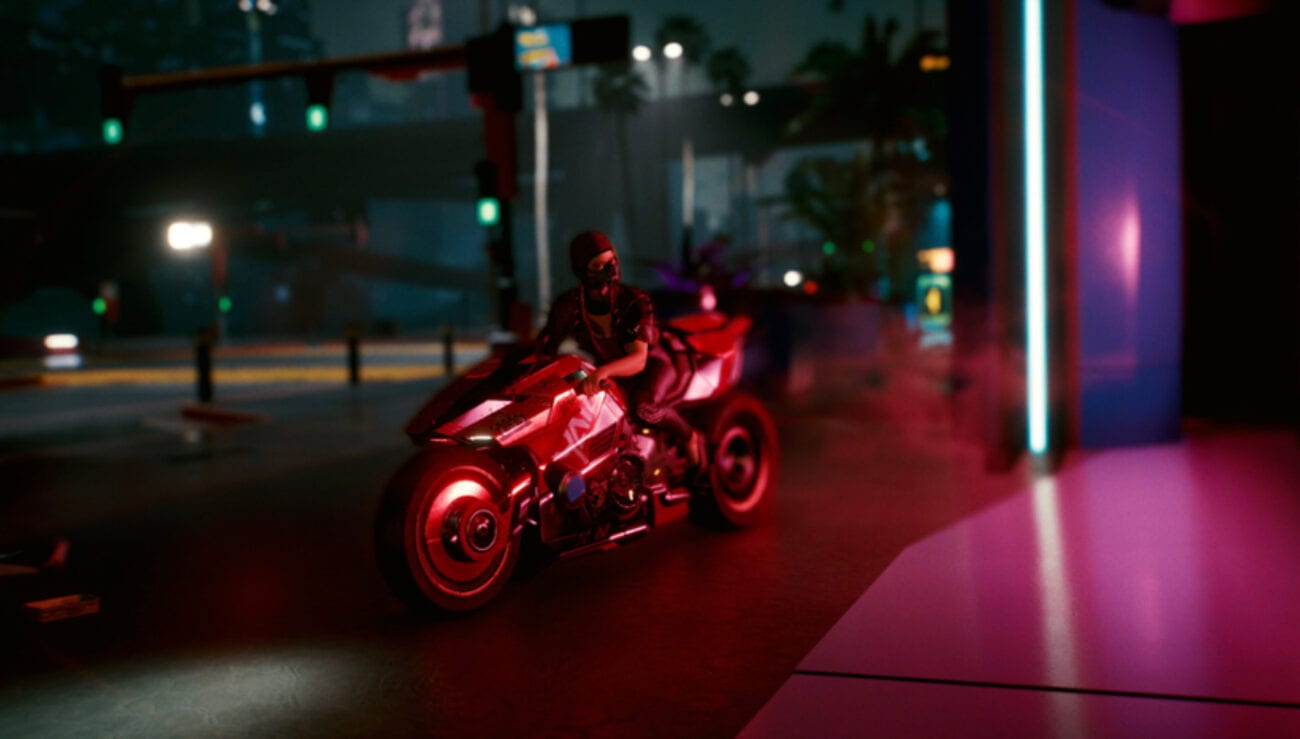 The AI issues aren’t limited to combat or driving either. Similar to the cars on the road, pedestrians have a set path they walk. If you shoot near them every NPC assumes the same crouching position, and then will scatter. This applies to everyone, including a particularly memorable moment where a seemingly infirm NPC sprung from their wheelchair and sprinted away. If nothing else, I’m glad I was able to help them recover their ability to walk. The cop’s AI is probably the worst offender. If you commit a crime the NCPD will deploy their magical teleporting police who arrive at the scene of the crime instantly and shoot you to shreds. Not to worry though, if you manage to escape from their view for a few seconds they not only completely disappear, they forget any crime was committed in the first place. Somehow the cops have a less advanced AI system than that of 2011’s Skyrim, whose guards at least had to come from somewhere before they attacked you.

There are actually a number of issues with the role of the Police in the game. They are repeatedly identified by both the in-game dialogue, the lore provided by the game, and the police’s actions throughout the story that they are, in fact, the bad guys. There is an entire side quest based around saving “The Last Honest Cop” from being assassinated by her colleagues. It is repeatedly stressed that the police solely exist to serve and protect the highest bidder, which might be an interesting piece of social commentary, but also isn’t reflected in the actual gameplay of the game. The main way characters upgrade their “Streetcred” (A sort of charisma based leveling system that unlocks new cars and guns at stores) is by assisting the police. The same police who, again, attempt to assassinate other cops who actually want to stop crimes. If you want to avoid helping the corrupt justice system by randomly assassinating random gangsters on the street, you might be able to score a few levels by stealthing through combat and getting headshots, but as I said earlier, the combat in this game is annoying at best. 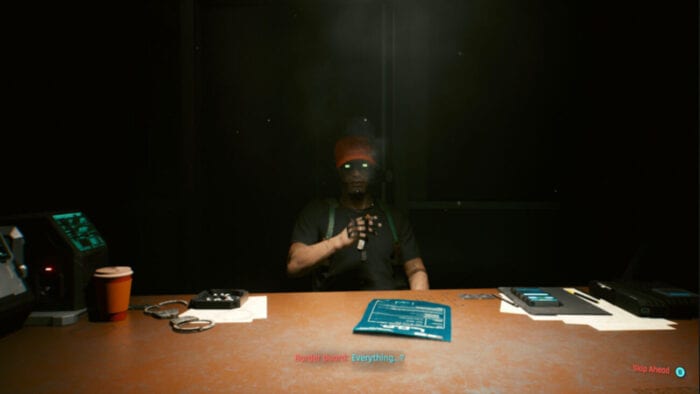 This of course brings us to the RPG elements of the game. It should be no surprise that much like the game’s NPC AI, they’re virtually nonexistent. During character creation, you have a number of options when designing your character, but none of them really matter. You can mix and match your voice, body type, and genitalia, all of which were allegedly created in the name of being more friendly to gamers who don’t subscribe to traditional views of gender. Ideally, this would mean you could create a trans or nonbinary character who you feel more accurately represents you. But not to worry, there are no androgynous options, your pronouns (He/Him/His or She/Her/Hers) are tied to your voice, and hair options are tied to your body type. You can kinda customize your body, but there are no tattoo shops, barbers, or make-up options after this screen, so hopefully, you’re happy with your choice. You can also choose your life path at this point, choosing from Nomad, Street Kid, or Corpo. This affects roughly the first 20 minutes of gameplay but quickly becomes irrelevant. If you choose Nomad, there is a short montage after which you are basically a street kid. The same goes for Corpo. 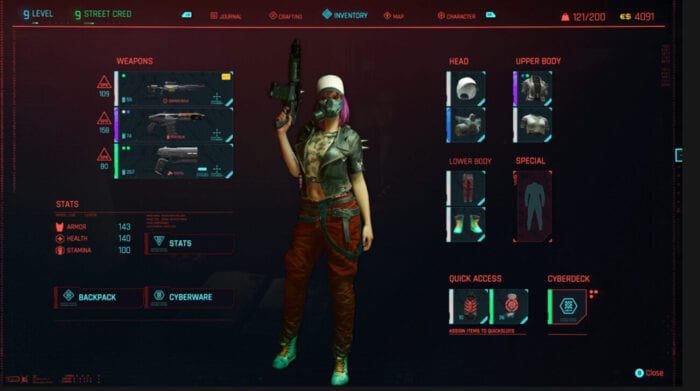 At this point in the game, roughly 30 minutes in, my game had crashed 3 times, I quickly realized that my life choice didn’t matter, and the broken AI was becoming more and more apparent. I’ve played roughly 15 hours since then, which only solidified those views. The game is fun enough that I’ll probably see the story through to the end, but I’m not sure I’ll be coming back afterward. I’m fortunate that I’m able to play on a next-gen console, and I think the game might be worth $30-40 in a year or so, but I can’t justify a recommendation at this point. If you’re attempting to play the game on a current-gen console and you’re as frustrated at the bugs as many are, apparently both Microsoft and Sony are extending their return policy for this game, and I would recommend seeing if you qualify. It’s disappointing, especially because it’s clear that the story the game is built around is really solid, but quite frankly the game in its current state isn’t worth the $60.

JJ uses They/Them pronouns and is pursuing a Bachelors in journalism and history at The University of Nevada, Reno. They are a freelance photojournalist and frequently works with various antifascist causes along the West Coast. JJ is heavily involved with their local Queer Student Union and Food Not Bombs. They can be found on twitter at @jj_mazzucotelli, on Instagram at @faerie_gothfather and on their website https://jjmazzucotelli.photoshelter.com/.