If I were to credit one filmmaker with opening my teenage eyes to what films can be, it would be Jean-Pierre Jeunet. Before I sunk my teeth into movies as a whole. Before I thought about all the little details that are put in to tell a story, from the music to the sets and the way the camera moves throughout a scene. Jeunet opened my eyes to a whole new world and sparked my passion for watching (and now writing) about films. So now I’d like to take a trip down memory lane with a few of my favourite Jean-Pierre Jeunet films.

His debut and already a beautiful start. Starring Dominique Pinon, who would become a Jeunet regular, it’s a great starting point into his work and trademark flare. It follows some eccentric characters in an old apartment building above a butcher’s shop where they may be cutting up human meat. Oh, did I also mention it’s post-apocalyptic? It’s also a comedy, and a romance. Genre mixing is the norm with Jeunet, along with that distinct red-green-yellow colour palette. One of the characters is always from the circus. All of his stories are grounded in reality, with a touch of magic to them. It never feels over the top, just a natural extension of the story and the characters. The budding romance between Pinon and the butcher’s daughter Julie (Marie-Laure Dougnac) is also quite sweet and contrasts the darker elements well.

The City of Lost Children

Definitely the darkest Jeunet film in terms of tone, Krank (on the left) cannot dream and has cultish cyborgs steal children for him so he can take their dreams. As you do. He lives on a spooky oil rig along with his many clones of Dominique Pinon and a brain in a vat. There’s a lot of styles here in the sets and environment that are a lovely combo of Steampunk and Bioshock vibes, so while the story isn’t completely fleshed out, you kind of forget and lose yourself in the fantastic visuals. Krank messes with the wrong dude when he kidnaps the sister of the strongman One, played by a young Ron Perlman. Cue a fantastical adventure to get her back, involving Siamese twins, trained fleas, and dynamite. It was quite hard for me to get a hold of this to watch when I was younger, so I’m happy to see it’s available on Prime Video of all places. 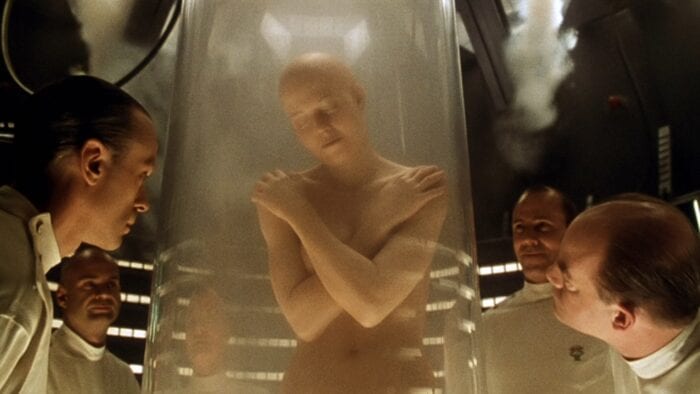 While I generally agree with the consensus that this is not a great Alien film, I still think it’s an interesting sci-fi romp and there are a lot of things I like about it. It’s got the Jeunet feel, with the obvious colour palette and our old friend Pinon is back as a paraplegic ship mechanic, as well as Ron Perlman as a cool dude mercenary. There are a couple of beautifully horrifying sequences with great practical effects and Sigourney Weaver is the coolest alien-human clone basketball player you’ve ever seen. I’d love to someday see Jeunet create a new sci-fi film that’s not part of a franchise, with the new tech that has been developed since Resurrection’s release. 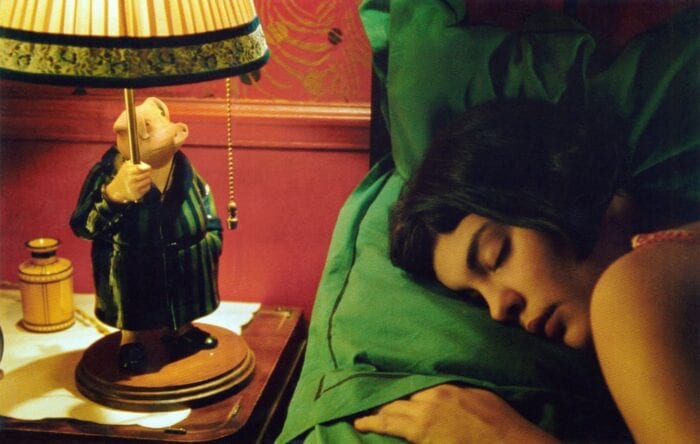 Also known as The Fabulous Destiny of Amélie Poulain, Amélie is without a doubt Jeunet’s most popular and well-known film, as well as my introduction to his work. It follows the life of Amélie, a woman with a huge imagination and desire to help others. Jeunet collected memories over the years that eventually found their way into the screenplay, and it really feels like a well-loved scrapbook. It’s wildly imaginative, using special effects in small ways to add a touch of surrealism and fantasy.

There are so many parts of this movie that have found their way onto the internet, like Amélie helping an old blind man across the street while describing all of the events going on around him, the gnome going on a trip around the world, which a travel company later did themselves, or Amélie becoming overcome with sadness and transforming into a pool of water (big mood). It’s about the interconnectedness of life, how big changes can come from small things, and how we all deserve happiness and love, whether from a friend or partner. For me, much of this movie and the incredible soundtrack by Yann Tiersen are ingrained into my brain, carved into my soul. I was recently asked what my favourite movie was, and this is it, without a doubt.

While Amélie is my favourite, Micmacs takes a very close second, maybe a tie, I’ll get back to you on that. It feels like Jeunet is at his peak here, with everything working together like a beautiful antique clock. In it, Bazil is accidentally shot in the head and this creates a snowball effect to the rest of his life–he loses his job, his home, and has seizures due to his injury. He finds a new home with a group who lives in a fantastical “house” made of garbage in the junkyard.

You’d think, maybe he wants revenge on the accidental shooter who ruined his life? Nope, let’s go straight to the source: the munitions company that manufactures the bullets, which just so happens to be across the street from the company that made the landmine that killed his father. What happens next is a delicious plan involving both companies and his new gang of friends, using their eclectic skills to take down the arms dealers in a very Jeunet fashion. It’s a joy to watch this delightful group of weirdos.

While I haven’t watched his newest film, The Young and Prodigious T.S. Spivet (what a title!), I could easily put Jeunet in my list of favourite directors. I love his unique approach to storytelling and it never quite being one thing, but a collective sum of its parts. It’s never just a comedy or just a Sci-fi film. All of the different bits of genres come together to create something new that maybe shouldn’t work, but it does. There’s romance and comedy and drama in all of them, a true reflection of how we live our lives with a bit of each.