I wasn’t old enough to appreciate ’90s TV at the time, so over the years, I’ve spent some quality time catching up with some of the series of the decade, especially sitcoms. Several ’90s sitcoms hold up to this day; some have even received revivals since their cancellations. It’s easy to see why; in several ways, ’90s TV shows contain life lessons that audiences still benefit from, and the struggles of life and the jokes the characters made because of those situations have never failed to provide ample amounts of laughter.

I haven’t gotten around to watching all the essential ’90s TV shows just yet. Melrose Place and The Larry Sanders Show are just two titles among the many shows on my watch list. Perhaps I’ll get around to writing a second half featuring more ’90s shows down the line. For now, I want to share my love for some of my favorite ’90s TV shows with you, and if you haven’t seen them, rest assured they come highly recommended.

First of all, the catchy theme song alone is awesome. I bought a Will Smith CD for that song. Second of all, it’s funny to see Will clash with his rich relatives and usually create some kind of chaos. In sitcom fashion, problems always found resolution that occurred quicker than it would in real life, but the show did have its fair share of serious storylines. 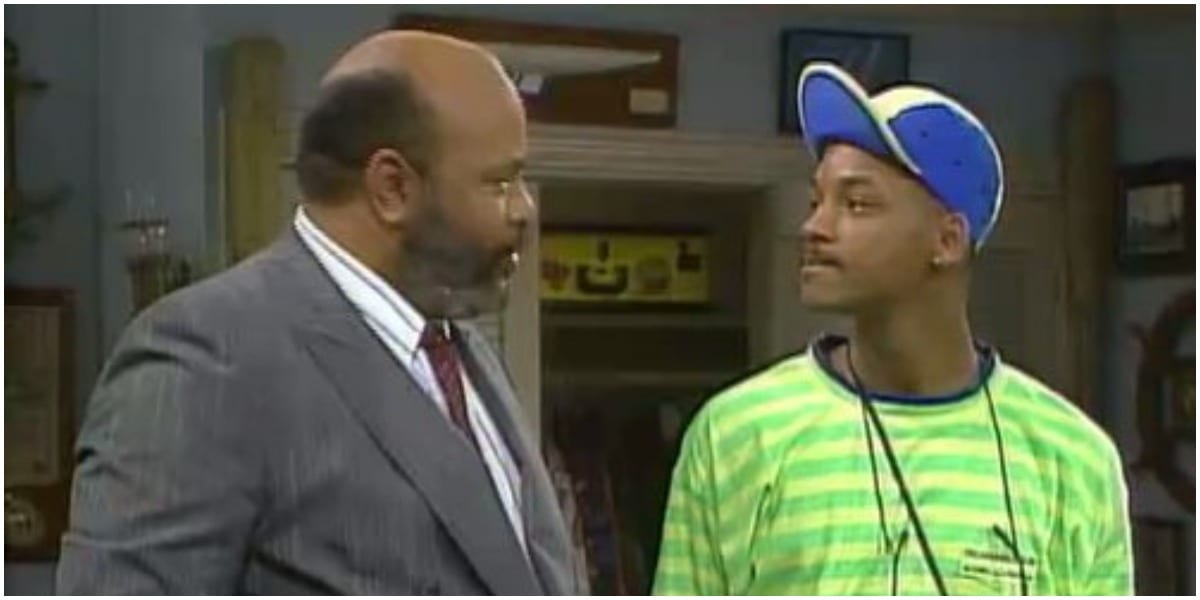 Carlton was my favorite character from the show; I appreciate his corny humor and his dance moves. I haven’t watched the show in a while, but it may be worth revisiting an episode or two in the near future to refresh my memory.

This was one of my favorite shows in high school. I followed the drama closely, mostly in the early seasons as I favored those over the last few seasons. I remember thinking that Kelly and Steve should’ve gotten back together; I thought their time as a couple had been cut off too soon. 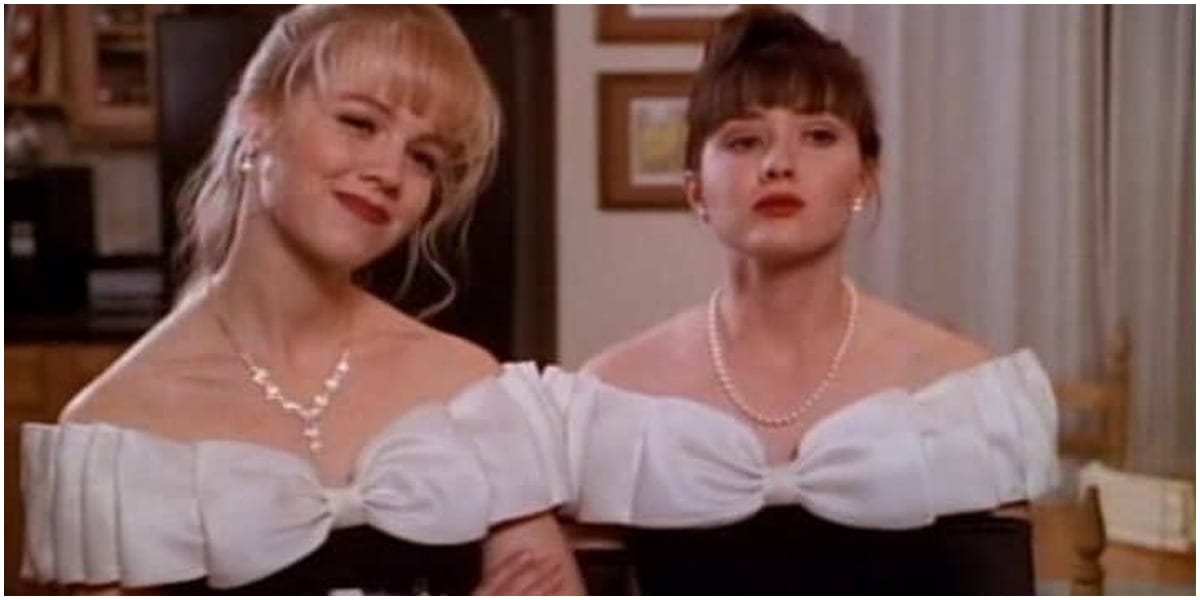 The show covers a lot of territory, making the show relatable for audiences. The teens of Beverly Hills may seem like they had it all, but they dealt with some major problems along the way. I admire the storylines and the depth in which the actors played their characters. Nothing was out of reach in this show, and it’s one I like to binge from time to time.

Somehow Twin Peaks had been off my radar until my college years. I’d watch episodes here and there, and initially, I wasn’t sure what to make of it. Now, I can’t imagine my life without it. It’s unlike any other show I’ve ever seen, and there are so many fan theories and interpretations regarding the show’s storylines and characters that it would take forever to read them all, but it’s on my bucket list. 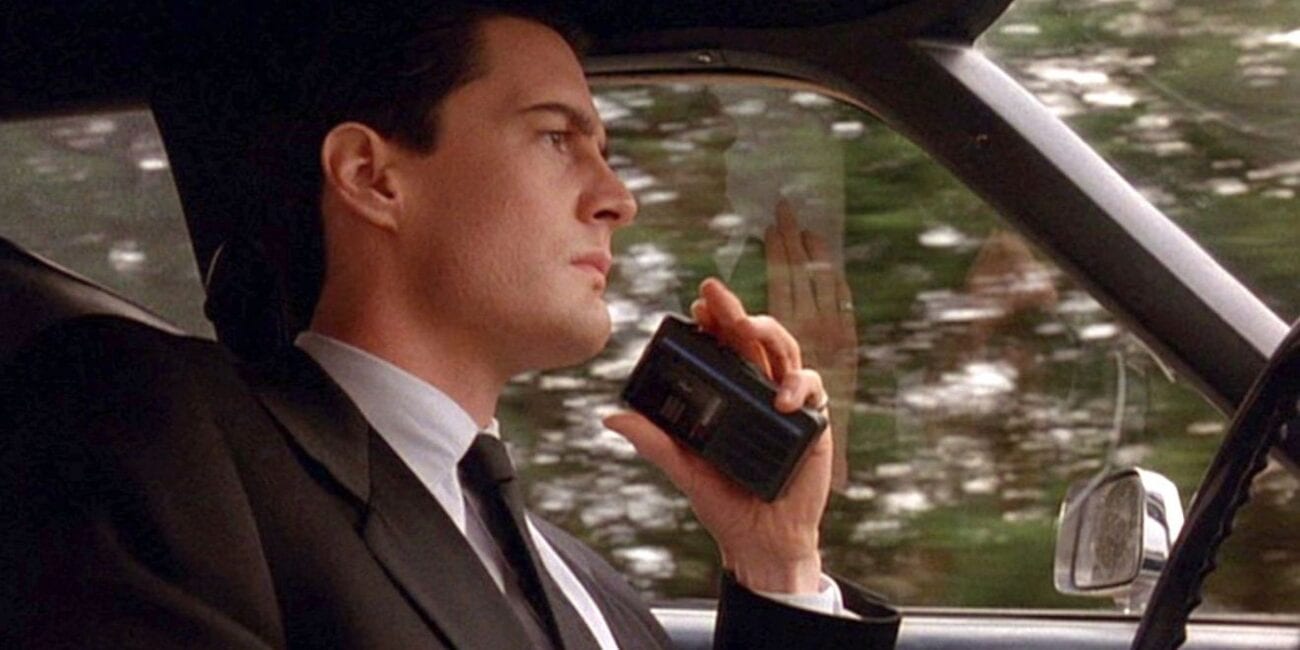 Dale Cooper is my favorite character on the show. I love his charm and his love for coffee and cherry pie. He goes to Twin Peaks to do his job but ends up becoming a real part of the community. It’s been a while since I’ve watched the show, so it’s probably about time for me for revisit the series.

Alongside Friends, Seinfeld taught me a lot about adulthood. Plus, it provided plenty of laughs. This is one of my go-to shows, especially after a long day. Kramer is one of my favorite characters of all time; I just love the energy and dynamic that he brings.

There aren’t many shows that make fun of themselves, either, but Seinfeld finds a hilarious and unforgettable way to do so. Jerry and George head off to pitch an idea of a “show about nothing”, which naturally baffles the executives, but is something that the audience totally gets and laughs about. It’s about everyday life, sure, but the characters all find a way to make it one of those shows that, once someone settles down to watch just one episode, they end up watching ten.

Will and Grace are absolutely dynamite together. They’re best friends that have known each other since college, and once dated until Will announced that he was gay. The two were very different but had a dynamic that worked and lasted through practically everything, and they understood one another better than anyone else did.

The show was truly ahead of its time; it’s no wonder why it received a revival in 2017. Though both the original series and now the revival have come to an end, the magic of Will & Grace lives on in reruns and in all the laughs and heartfelt moments their episodes contain.

I’ve been a Don Johnson fan for a long time. When I was in college, I spent one semester watching Miami Vice, and the next semester, I was binging Nash Bridges. In some ways, I like it better than Miami Vice; Johnson’s character Nash is more lighthearted and sarcastic than Sonny Crockett.

The show wasn’t just about police cases, it was also about Nash’s messy personal life in which he dealt with his exes, rebellious daughter, his father, or whoever or whatever else had caused a problem for Nash to solve in any given episode. Nash never could catch a break, but however he handled things was usually pretty hilarious.

Tim “The Toolman” Taylor hosted a show alongside Al, called “Tool Time.” What I loved most about this show was the fact that Tim usually messed something up, and someone else, usually Al, would fix it. Tim talked big, but when it came down to it, he was rather clumsy and sometimes inept when it came to projects. With Patricia Richardson playing his wife Jill, the show’s cast was perfect given her sarcastic witticisms and her tendency to call out her husband on his mistakes.

Al is my favorite character from the show. Tim’s neighbor, Wilson, was also a great character. Both men helped Tim a great deal, with Al saving Tim from himself and Wilson often the voice of wisdom, though Tim would somehow screw up Wilson’s advice. Comedy was at every turn, and it’s a favorite in my family.

I love shows about witches, so naturally this has long been on my radar. Following my semester of binging Nash Bridges in college, I delved into Charmed. The storylines were interesting, with three very different sisters coming together and learning about their powers not long after the death of their grandmother.

Surprises were at every turn, as was hefty responsibility and dangerous creatures. Three young women in San Francisco tried balancing normal lives with their supernatural ones, and it made for many compelling episodes that could either be heartwarming, heartbreaking, or a little of both. Nonetheless, the series was filled with love between the sisters, and magic to boot.

I just started this one; I’m a little over halfway through the first season. So far, I love it. It’s funny, it’s spunky, and it’s unexpected. Dharma is free-spirited, cheery, and definitely unconventional, and Greg is straight-laced and more concerned with proprieties. Still, it doesn’t stop them from marrying on their very first date. 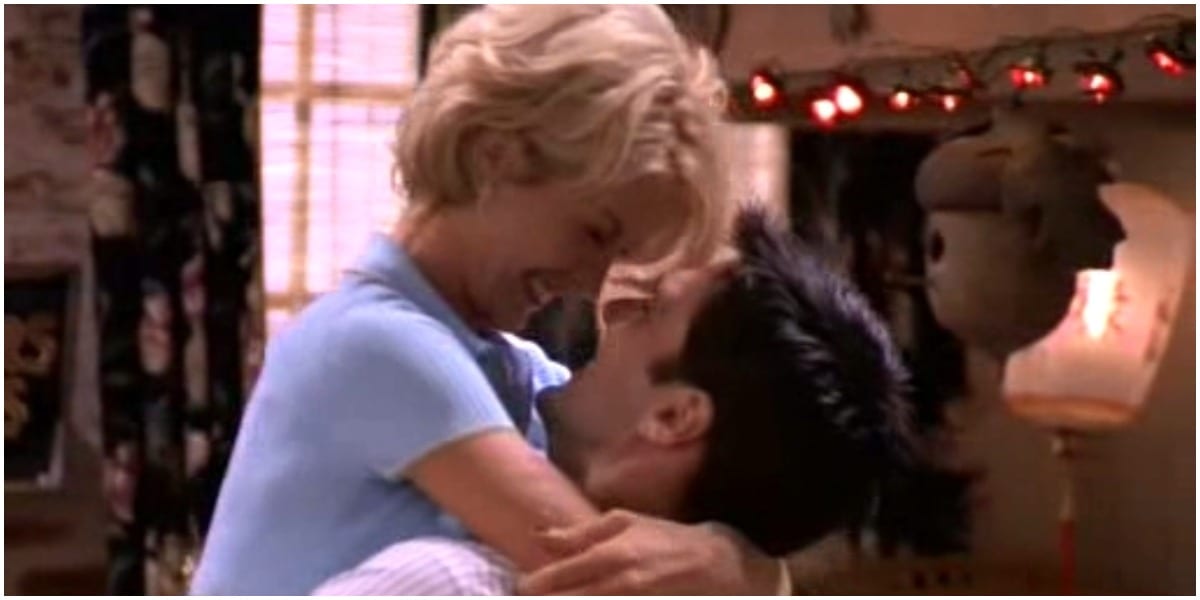 I love that they knew right away that they’d found the one and just went for it, beginning their lives together, not caring about what anyone would think. Their differences sometimes cause clashes, but they’re always a united front. I absolutely adore Dharma, I love her positivity and her quirks. I love Greg too; he’s more open-minded than his parents and he’s genuinely a good guy. I look forward to watching more of their adventures!

Helen Hunt and Paul Reiser share a strong, realistic chemistry that really bodes well onscreen. When we meet their characters, Jamie and Paul, they’re newly married and navigating life as newlyweds. They’re neurotic, they’re relatable, they’re so in love and so sweet to watch. That’s not to say that they don’t have their moments; they do. However, they always work things out. 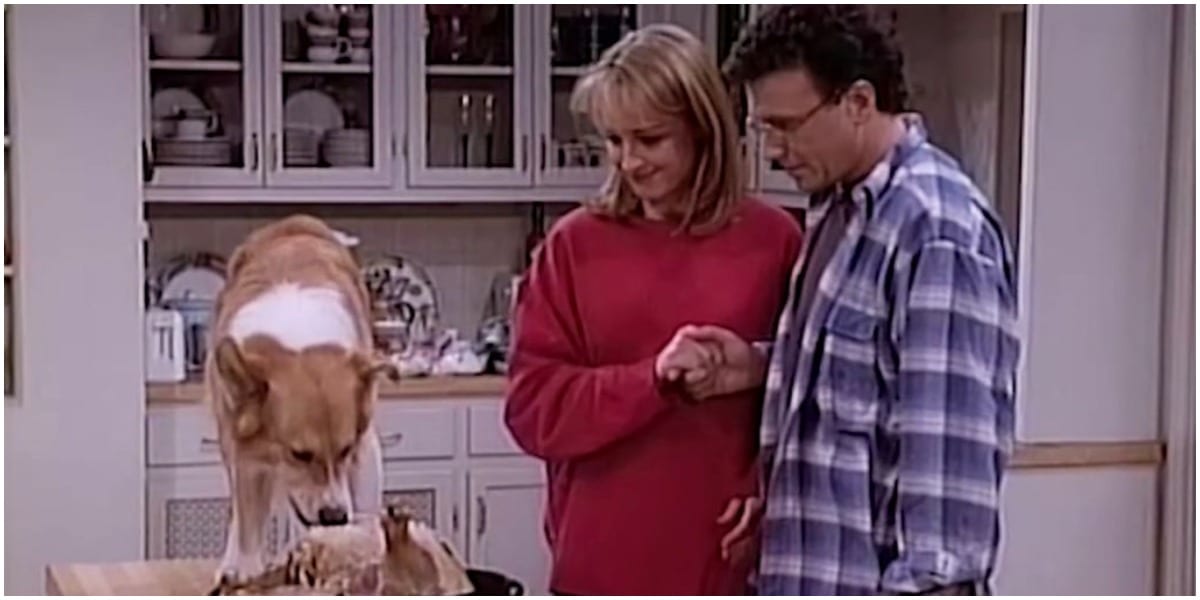 I haven’t finished the series yet, but one of my favorite episodes is the flashback episode to when they met. Paul went to great lengths to find Jamie after they met briefly, and it just showed that they were meant to be from the start. I started watching their revival series from 2019, but I haven’t finished that quite yet, either. It just means I have more Paul and Jamie moments to look forward to.

How could I make a ’90s TV show list and not include this essential ’90s gem? Rachel, Chandler and Joey are my favorite characters. This show is one of my bibles in life; I have learned so much about adulthood from it. The characters’ struggles are so relatable, from Rachel learning how to do laundry to Joey struggling in the acting business but sticking with his dream anyway.

Plus, it’s one of the funniest shows ever, at least to me. It has perfect comedic timing, plenty of running gags, and so many fun references to make from “Pivot!” to “Unagi.” I swear I’ve seen every episode 30 times, but it never gets old. It’s a good show to sit down and watch at the end of the day, because it’ll surely make you laugh and give you something, or someone, to relate to.