The following contains spoilers through Episode 9 of The Stand on CBS All Access, and for the entirety of the original Stephen King novel The Stand.

Welcome, constant reader, as we complete our review the CBS All Access miniseries The Stand with Episode 9, “The Circle Closes.” Once again, CBS All Access flipped the episode title on us. It has been advertised all along as being titled “Coda: Frannie at the Well.” That title makes a lot of sense now, of course, but maybe gave a little too much away. Recall that Episode 5 had the advertised title of “Suspicious Minds” swapped out for “Fear and Loathing in New Vegas” when it aired.

This new title comes directly from the novel. The novel’s prologue is titled “The Circle Opens,” covering Army Specialist Charlie Campion’s fatal flight from the base where Project Blue (i.e. Captain Trips) just leaked out. The epilogue is titled, of course, “The Circle Closes,” and gives us Russell Faraday awakening on a beach and enthralling the local natives. Apparently, we would insert this story as part of the epilogue, just before that.

In the opening montage, Frannie speaks to her new child, named after Mother Abagail we find out in a little bit. Nice touch that. An improvement over the novel, I’d say. She is starting to see the mirror version of what Glen noted in the last episode. The people in Boulder are starting it all up again. Rebuilding society without even a thought to doing anything different. She questions whether it’s even possible for them to do anything different.

After fearing she had lost both Abby and Stu, then miraculously getting both back, Frannie is uniquely positioned to assess the situation. From the sounds of it, she had fallen back to a more figurehead role in the Boulder governing body. Paraded out to attend vigils as a stand-in for Mother Abagail, though also perhaps to show off the hope promised by little Abby. This more practical interpretation of Frannie would probably have disapproved of giving out guns to the patrol, yet gone ahead and voted in support of the move.

By July 4th, Frannie is feeling claustrophobic and homesick. Boulder is growing, with 500 more people having been added since Stu’s return. In the novel, they were up to 19,000 in population, giving the premise a slightly more sound footing. She brings up the idea of going back to Ogunquit to Stu, expecting him to balk at the idea, but he’s feeling it too. They pack up Abby and a thousand roadmaps, and head east.

On their second day of travel, Stu and Frannie pull into a farmhouse in the middle of Nowhere, Nebraska. Frannie seems to be drawn to this place, where apparently the forces of good and evil await her. Indeed, watchful eyes, both inside and outside the house, are tracking their progress. Kojak knows something is up in the cornfield, but doesn’t raise any red flags.

Much of the tension during the real world side of Frannie’s encounter stem from a series of just plain stupid decisions Stu and Frannie make. I mean, beyond leaving the safety of Boulder in the first place, of course. They don’t all drive back to town together. Frannie can’t wait a half hour more from Stu to return with some water. Stu pulls over onto the soft shoulder to jack up the truck, rather than just parking it in the middle of the road. Just so many opportunities to yell at your TV screen.

On the dream world side, we get a great interaction between Frannie and Flagg. Unlike her confrontation with Harold, this one is almost fun. The stakes are high, but the banter is light. Flagg offers to fix all the bad things for free, of course, while casually mentioning the little thing he wants of her. He’s not looking to make her his new right hand man, as he did with Nick. Just wants to peek out through her eyes every now and then. I’m not gonna lie, they got me. I thought Frannie was going to kiss him to save Abby and Stu. Oh, me of little faith.

Stu gets a little help from the mystery girl, only finally acknowledging how weird her appearance is when she calls him by name. As she gets set to lay hands on Frannie, we finally see the necklace and know for sure who this is. This is Mother Abagail, who, like a struck down Jedi master, has returned more powerful, becoming more than just a spokesperson for God.

After that terrifying scare, we are confronted with yet more disbelief as Stu and Frannie continue their journey to Ogunquit, instead of turning tail and going back to Boulder. They manage to arrive unharmed, however, and we pick up with them looking out over the Atlantic Ocean.

Stu has apparently been keeping his questions bottled up for the last three or more days, but finally asks Frannie what happened back in Nebraska. Frannie explains that she was given a glimpse of the dark side of the world, where she was tempted. She faced down that temptation with the same command that Roland gave his apprentice gunslingers: “Stand and be true.”

There were so many Easter eggs in this episode—nods to other Stephen King works—that I’m going to break them out into their own section this time:

Well, that’s it for the series. I said before that, in the end, I would judge this series based on the new content Stephen King gave us in this final episode. It was perhaps a bit derivative, replaying a lot of the same thoughts and themes from Nick’s temptation. I was leery of her confrontation being limited to a dream sequence, but the way they blended it with real world stakes worked out nicely, I thought. Having Flagg initially show Frannie the tribe also resolved one of the long-standing issues as to whether Faraday had awakened on another level of the Tower. Overall, I liked it, and I think it adds seamlessly to the canon of The Stand.

Looking back on the series as a whole, there were definite hits and misses. I may be in the minority, but I really liked what they did with Rita. I liked the streamlining of Nick and Tom’s encounter with Julie, and the confrontation between Frannie and Harold. Some of the other changes from the novel were clever, like turning Hemingford Home into an actual “home.” Others were nonsense, like the crazy S&M hellscape that was New Vegas.

There has been a lot of well-meaning ragging on the show for doubling down on the “Magical Negro” trope, especially after this episode, instead of shying away from it per their stated intent. The trope accusation stands on fairly firm ground for the novel version of Mother Abagail. She is “in the way of knowing things,” even before Captain Trips, and she heals Frannie of wounds sustained from the bomb attack.

Here in the miniseries, she has never shown any magical abilities, and even her spiritual knowledge is usually lacking. She was losing faith when Nick and Tom showed up, expecting to die in Hemingford Home before any of the promised pilgrims arrived. She was paralyzed with indecision after Ferrari Guy showed up with a warning from Flagg. It is not until after death that she returns as a younger avatar of herself, replete with magical abilities to heal and such. At that point, she’s not human, she’s essentially an angel.

The real problems with the series mostly stem from the same source: they were cramming in 18 hours of content into nine hours of episodes. The cuts were brutal to fans of the novel, but it probably means only we were equipped to be able to fill in those blanks enough to enjoy the final product. I’m glad I watched it, but I’ll probably never watch it again. 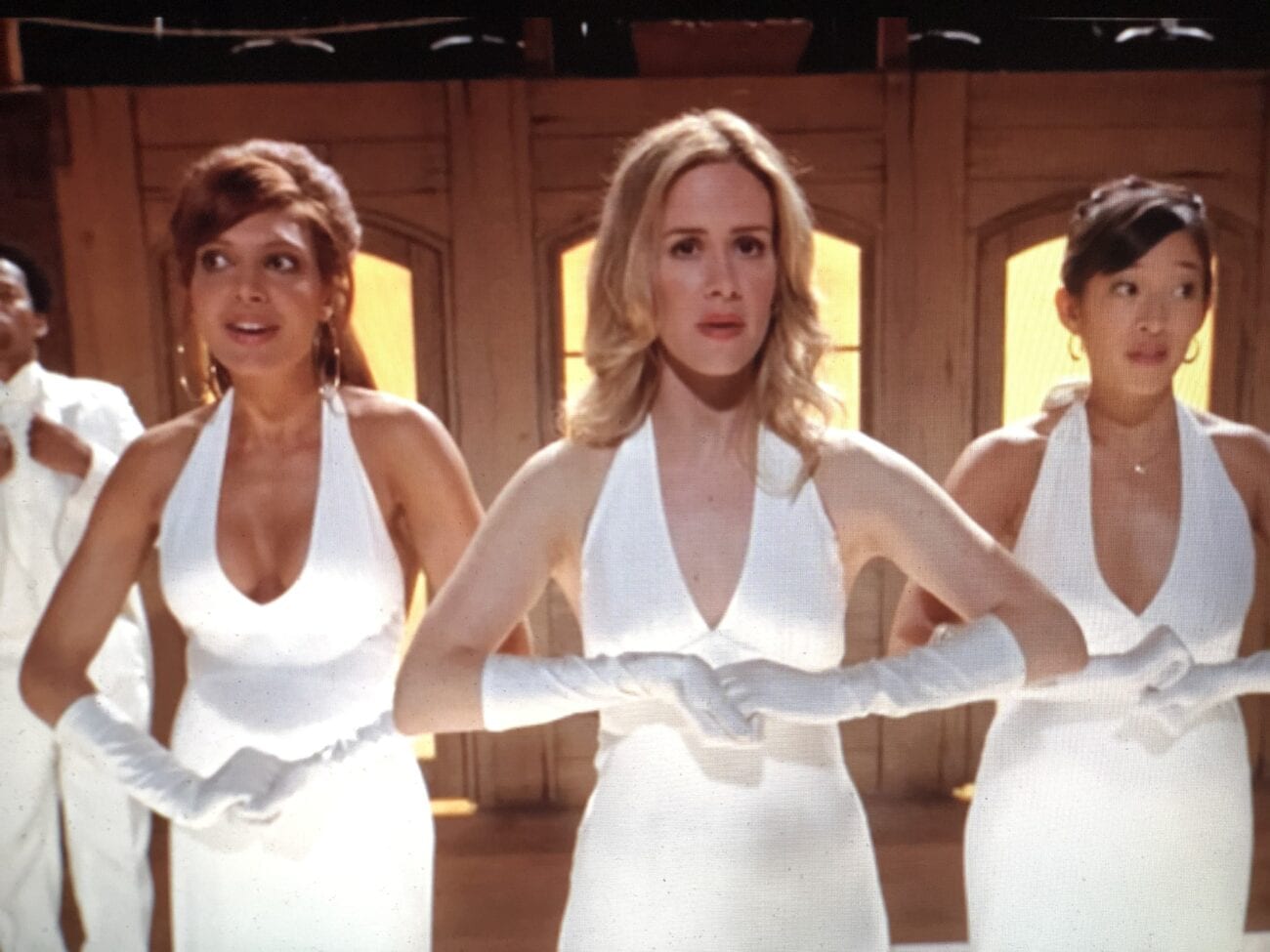