Welcome to What’s the Buzz, 25YL’s feature where members of our staff provide you with recommendations on a weekly basis. In our internet age, there is so much out there to think about watching, reading, listening to, etc., that it can be hard to separate the wheat from the chaff, filter out the noise, or find those diamonds in the rough. But have no fear! We’re here to help you do that thing I just described with three different metaphors. Each week a rotating cast of writers will offer their recommendations based on things they have discovered. They won’t always be new to the world, but they’ll be new to us, or we hope new to you. This week, Lor Gislason recommends Perdido Street Station by China Miéville and Hawk Ripjaw is watching Army of the Dead.

Lor: The way I find new books to read is fairly standard; I see a list of recommendations online and I’ll add everything to my wish list to look at later. Every few months I check to see if anything has gone on sale and buy a few of them. Then when I do decide what to read it’s pretty much at random. This time it was Perdido Street Station by China Miéville.

The world of this book (called Bas-Lag) is beautifully detailed and fleshed out. Steampunk style technology and magic both exist here, even working together to accomplish newfeats both wonderful and horrible. There are many different species besides humans: Khepri, human women from the neck down, their heads a giant scarab. Winged Garuda from the southern deserts. Mysterious cactus people and frogmen. Every one of them has their own religions, culture and customs. 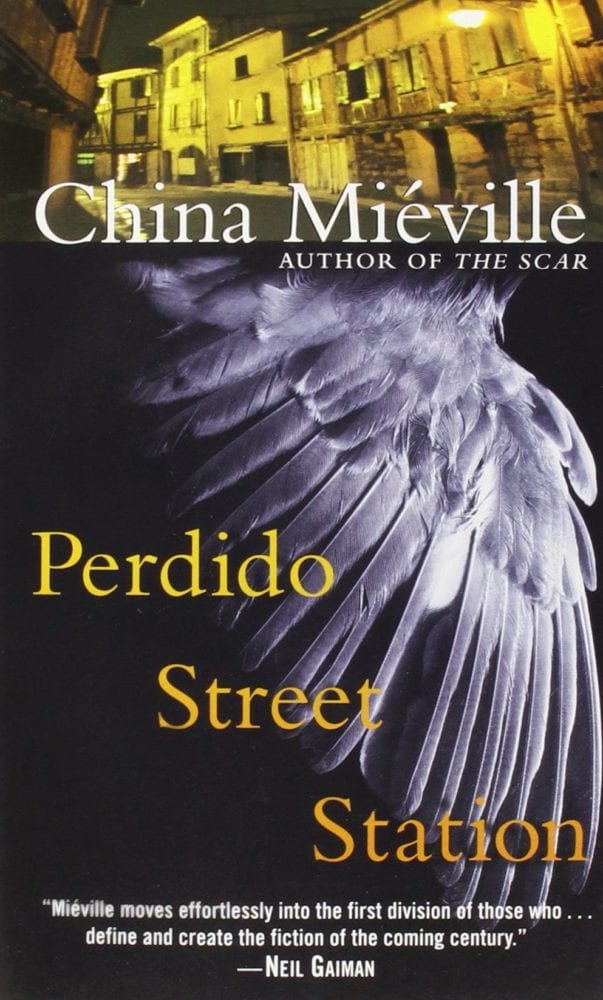 The story takes place in the city of New Crobuzon, a huge place with many different neighborhoods. Isaac is a sort of renegade scientist after losing his job at a university. He does freelance research and experiments for gold. One day he’s approached by a Garuda—-except this one has had his wings removed. He pays Isaac handsomely and asks him to make him fly again. A bunch of other things are going on as well, with labor riots, the militia and (of course) corrupt government.

One of the things I’m enjoying about the book is that not everything is explained. It wouldn’t make sense for a character who lives in this world to go “oh, yes, the cactus people, let me tell you a detailed backstory on their entire culture for no reason”. You get details here and there when relevant to the story. It makes everything feel more lived in and natural. I think this is a really great way to write and get your readers invested in the characters and story. You’re along for the ride of whatever they get up to, not an outsider looking in, needing everything laid out for you. One of the characters is a bug woman, who reminisces about her childhood—-so you learn about their culture through her personal experiences.

I haven’t finished reading yet (so no spoilers please!) but I know there are two more novels in this universe, which you can bet I’m going to read now. I haven’t been this enthralled by a book in a while and it’s a lot of fun.