I originally planned to write about Taylor Swift’s 2012 album RED—looking back at why I love it, and looking forward to the rerecording due in November. But then I started writing, and writing, and writing about one specific song from that album instead—‘All Too Well’.

So this is a slight deviation from the original plan. Nevertheless, this song alone gets at both the central appeal of Taylor’s music (I refuse to refer to her as Swift), and the thematic concerns of RED specifically.

The fifth track of any Taylor Swift album holds a special place in the heart of Taylor’s fans. From the twang-filled, teen heartbreak ballad of her debut’s ‘Cold as You’, to the hope mired by insecurity of reputation’s ‘Delicate’, Taylor structures her albums very intentionally.

A personal favourite is the complete excoriation of John Mayer’s behaviour during their short lived relationship in Speak Now’s ‘Dear John’. In that song, she comes within a hair’s breadth of parodying Mayer’s style, using a moody, reverbing guitar to build to a truly amazing climax, but she also uses her own songwriting signature: storytelling.

She characterises herself as the “girl in the dress” who “cried the whole way home”, reminding both Mayer and the listener that she was just 19 years old when they dated, compared to Mayer’s 32-year-old self (fun fact: as of September 2021, Taylor still isn’t as old as Mayer was when they dated). She ends the song by reversing the refrain “I should have known” not to trust a man with his kind of reputation, to the far more damning “You should have known”. I genuinely don’t think Mayer’s reputation has recovered from this particular blow.

RED’s track five, however, is a beast of its own.

‘All Too Well’ was never released as a single. In fact, Taylor had to fight to keep it on the album at all. Others in her orbit thought it too long, too sentimental, but history proved them wrong.

It’s five minutes and 28 seconds long (in fact, Swifties have to look forward to the long-awaited ten minute version of the track that is due with the upcoming RED (Taylor’s Version) in November), and is led by a quiet guitar riff, as Taylor takes us through intimate memory by intimate memory of a relationship that has since fallen apart.

Co-written with long-time collaborator Liz Rose, she uses the good, the bad and the ugly to build a picture of Autumn drives, “dancing ‘round the kitchen in the refrigerator light” and trying to pick herself back up again after the breakup. Apocryphally, Taylor claims that Rose helped her whittle down what was originally 12 minutes of lyrics into a song that could actually fit on an album, Rose dropping all her plans the second she got the call.

It’s widely considered to be one of her best songs, owing to the storytelling and introspection that make the song stand out on an album full of songs about heartbreak. The details make it special, conjuring vivid images: “I walked through the door with you, the air was cold/But something about it felt like home somehow/And I left my scarf there at your sister’s house/And you’ve still got it in your drawer, even now”. These are the opening lines of the song, painting a clear picture of the intimacy of the relationship in the lyrics. The cold air, the lost scarf—these are indelible, specific images that make the story feel all the more real.

Of course, it all eventually builds to a rather extraordinary bridge, with Taylor fully letting loose, belting “Hey you call me up again just to break me like a promise/So casually cruel in the name of being honest”, a favourite couplet among fans. When performed live, her voice cracks on the line, making it sound like she’s living through the heartbreak at that very moment.

A common criticism of her is that her voice never lives up to her songwriting ability. I can understand that—she certainly doesn’t have the range of Ariana Grande, or the sheer power of Beyoncé. But Taylor does something else: she uses what might be considered a weakness in a lesser artist to her advantage, using her voice as an instrument to act out her emotions, letting the listener hear the pain or the joy in the imperfections. It makes her songs sound that much more personal and emotionally authentic.

It’s this authenticity that forms the connection with her fans. Her lyrical storytelling combines the mundane details with the grand emotional landscapes felt in your 20s. The abstract grandeur of “Time won’t fly, it’s like I’m paralyzed by it/I’d like to be my old self again, but I’m still trying to find it” is juxtaposed with “plaid shirt days” and the devastatingly dismissive “Now you mail back my things and I walk home alone”. Picking up the pieces after heartbreak feels impossible, but what makes it even worse is the sense that life goes on, and no one outside of your own head seems to even care or understand the depth of your pain.

But the song’s appeal goes beyond even those stand-out lyrical moments, it contains a common obsession of Taylor’s: she bears witness to her heartbreak, and insists on her experience as true and valid. The refrain of the song is “I was there/I remember it all too well.”

Time and again throughout the discography, Taylor returns to the idea that she was there. She insists that these are the experiences that have shaped her, for better or worse. Taylor has been accused of dwelling on slights, of being petty, of never understanding her own culpability.

But that’s far from the point of her music. Taylor writes songs from her perspective, detailing her experience of joyful, confusing, difficult moments. I’m grateful for that—for a woman who insists that her testimony is enough. It doesn’t matter if Jake Gyllenhaal (the ostensible subject of ‘All Too Well’) truly avoided commitment and that is why the relationship broke down. Obviously we’ll never know. What matters is this is how the relationship felt, at the time Taylor felt it. 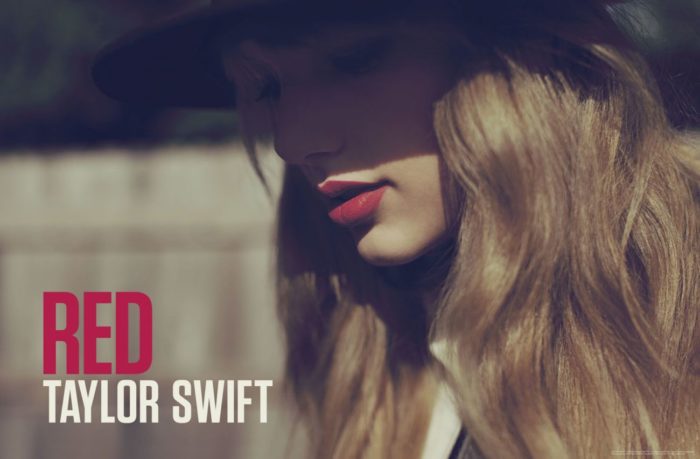 Taylor has spoken about how this song was the result of a real heartbreak, and not one where either party was in the wrong. In that sense, ‘All Too Well’ is a coming-of-age, acknowledging that with grown-up relationships comes ambiguity and discomfort, and no easy narratives. Instead, she’s left with images that play on a loop in her head: the scarf, the red light, her things coldly sent back to her as though nothing ever happened.

It also resulted in a song that she was, at first, reluctant to play live, considering the song to be too vulnerable. But what she didn’t realise is that this track five, more than any other, would strike a chord with fans. At concerts, they scream the lyrics back at her, and have adopted the infamous scarf as something of a symbol for them.

As an album, RED is a bit of a mess. But like the subjectivity of Taylor at her best, that’s the point. “It’s miserable and magical” she sings in the peppy, high-energy anthem ‘22’, not coincidentally the song immediately after ‘All Too Well’, and nothing describes your early 20s better than that. The album goes back and forth between ecstasy and heartache, never fully settled in any genre, or any mood for too long. She was experimenting, as you should when you’re 22 and overwhelmed with the adult world. It’s no easy feat to find your footing, and RED was her way of working through that process.

But, more than any other song on the album, ‘All Too Well’ encompasses RED’s appeal for fans: it’s about being a mess, it’s about those intense memories, and it is fully and sincerely felt from the bottom of her heart.

More From: One Track