The following article contains spoilers about Episode 7 of Nine Perfect Strangers, “Wheels on the Bus” If you haven’t already read them, be sure to check out the previous articles about this series.

As its name implies, “Wheels on the Bus” is an episode of action. Momentum has been building for the past few episodes and now decisive action is finally occurring. 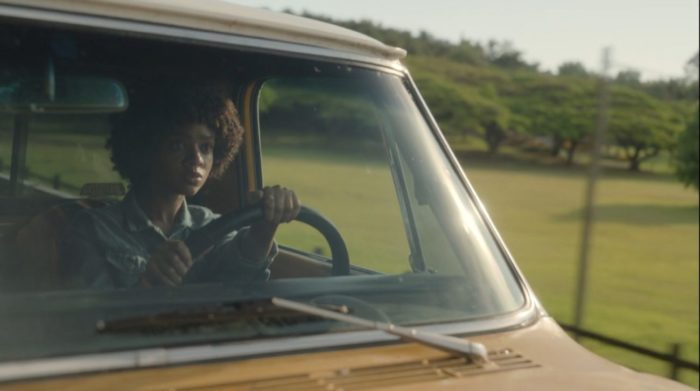 In “Wheels on the Bus,” Carmel (Regina Hall) attacks Masha (Nicole Kidman) and is subsequently sedated and detained; Frances (Melissa McCarthy) breaks things off with Tony (Bobby Cannavale); Delilah (Tiffany Boone) leaves Tranquillum House by driving through a fence; and the Marconi family decides, with serious reservations, to take Masha’s special protocol, which contains a mixture of psilocybin, LSD, and DMT (and possibly other substances). Supposedly, this psychedlic concoction will allow the Marconi family to see and speak with their deceased son, Zach (Hal Cumpston). However, Lars (Luke Evans) believes Masha is simply using the Marconi family to see her deceased daughter, Tatiana (Alyla Browne). As the episode progresses, Masha loses control of herself, the guests, and the staff of Tranquillum House, although the consequences of her actions remain to be seen.

One thing I found unbelievable about “Wheels on the Bus” was how easily the Marconi family was convinced to take their special protocol. In the moments leading up to their protocol consumption, they all had serious reservations about drinking it, especially Napoleon (Michael Shannon) and Zoe (Grace Van Patten). Somehow, Masha convinces them that she will guide them from inside the experience by taking the protocol herself. I found it odd that the Marconi family would be so easily convinced by Masha, specifically because she appeared so overwhelmed and frenzied and had obviously just been attacked. To me, this whole scene felt forced. It’s not that I didn’t believe the Marconi family would drink the protocol, but rather, the way it unfolded seemed to undo the demonstrable strength of character we have witnessed in each member of this family. Or perhaps this scene was literally rushed for practical reasons: there is only one episode left and the series itself is running out of time. 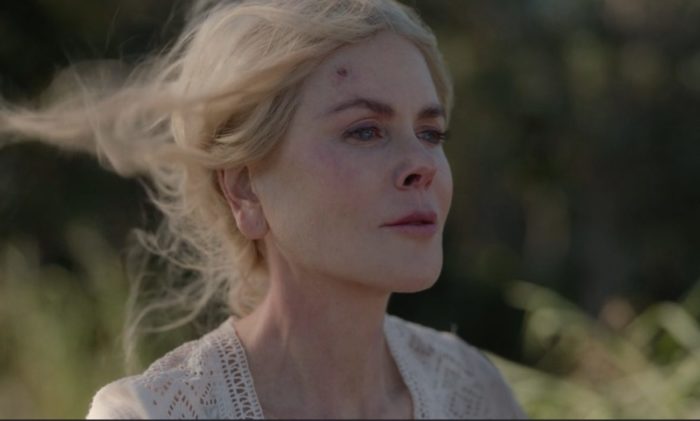 In this scene, Masha also lies to the Marconis and assures them that the other man who took the protocol was “successful.” This man, who wanted to reconnect with his dead brother, had a heart attack and died after drinking the special protocol. We finally discover that this man had a preexisting heart condition, which was why Masha was not blamed for his death. It also explains Masha’s “constructive consent” argument, because this man, like the Marconi family, had knowingly taken doses of psilocybin leading up to the special protocol that resulted in his death.

The Stalker and the Silver Eye

After imbibing the protocol with the Marconi family, Masha visits Carmel, who was locked in her room after attacking her. As the scene unfolds, Carmel says she would be better off in a hospital, and that it isn’t safe for her to be around Masha. Masha tries to convince her to stay, at which point Carmel goes to the bathroom to put in her contacts. When she returns, her right eye is silver and reflective. It resembles the eye of the man who shot Masha in the parking garage, but it is unclear whether this is happening in reality or not. Masha’s protocol may have kicked in, and if so, she is probably hallucinating. However, I do wonder if this phenomenon is implying Carmel was somehow implicated in Masha’s attempted murder—maybe Carmel hired the hitman. Or perhaps the silver eye is an omen, a symbol of death warning Masha to stay away from Carmel. 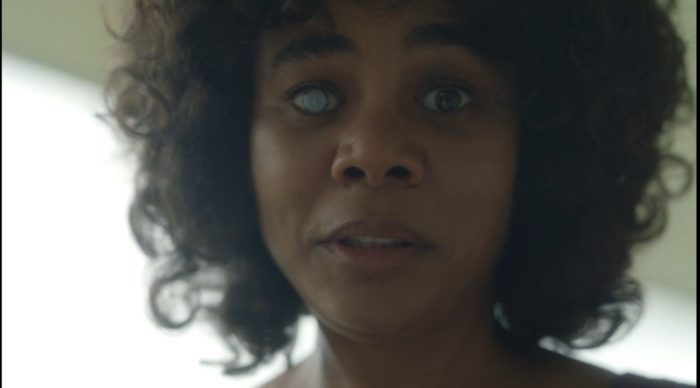 Based on her unpredictable and violent behavior, as well as her historical connection with Masha, Carmel is the most likely stalking suspect. If so, it’s still unclear how she would have gotten Masha’s phone number, or how she would have been able to maneuver around Tranquillum House undetected, considering there are cameras everywhere. But there is a quick moment in “Wheels on the Bus” where we see Carmel hiding her cellphone. Somehow, she managed to hang on to it, so it’s very possible she has been threatening Masha via text message. Maybe Carmel’s plan was to kill Masha all along. Maybe when she is left alone, she becomes possessed by her rage, which dramatically alters her personality. Or maybe the stalker is someone else. For now, the uncertainty remains.

At the end of “Wheels on the Bus,” there are many lingering questions. Will Delilah go to the police, or will she return to Tranquillum House? Will Lars expose Masha? Will the Marconi family meet with Zach? Will Carmel kill Masha? And will Frances and Tony rekindle their romantic feelings or was this, like I argued in my previous article, just a (psilocybin-induced) summer camp fling? Unfortunately, these pressing issues don’t include Jessica (Samara Weaving) or Ben (Melvin Gregg), who have been relegated to the background for much of the story. For whatever reason, they have been left behind, perhaps because this series overextended itself.

The next episode is the series finale, so in addition to covering the events within the episode, I also plan to dive more deeply into what I liked and disliked about Nine Perfect Strangers as a whole.