Welcome back! Each week we gather to share things we’ve recently discovered, or rediscovered, or just generally think you might like. This week, Paul Keelan recommends The Blood of Heroes (which sounds pretty awesome, to be honest), Christopher Pilbeam suggests you check out the documentary Torn, Daniel Siuba recommends Heart Medicine in book form, and Alix Turner writes about a local cinema (local to them, that is; it’s in the UK).

I hope you enjoy our recommendations, and be sure to check back each week in this space for more! You’ll see a lot of the same faces, err…author names, from week to week, along with some other writers on the site who chime in now and then. And let us know what you’d recommend to us in the comments, we’re always on the lookout for what’s worth our time around here.

Film Recommendation: The Blood of Heroes

Paul Keelan: Think Mad Max meets Mystery, Alaska sounds like an oddly intriguing mash-up? Then you’ll likely dig this blood-spattered, yet feel-good, cult classic. An underseen overachiever, The Blood of Heroes (1990) is an excellent throwback movie to throw on if you’re having a slow-moving evening at home. It is a fairly basic story, chronicling a marauding band of professional Juggers as they roam the barren Australian Outback trying to make a buck.

Jugger is a fictionalized sport that is difficult to define. I’ll give it my best shot: imagine if field hockey was alloyed with elements of medieval/gladiatorial warfare—the two forged and wrought together with dog skulls, battle axes, spiked spears/clubs, swirling chains, and makeshift equipment. It’s definitely a team game, but often resembles a bludgeoning free-for-all of competitive carnage.

The film looks ridiculously low-budget and desperately needs to be remastered. If you can get past its technical flaws, however, you will unearth a diamond in the rough. The cast and crew are all top tier: The Blood of Heroes stars a silky Joan Chen, gristly Delroy Lindo, coarse Vincent D’Onofrio, and the ever stately Dutch thespian, Rutger Hauer. It is deftly shot by David Eggby (Mad Max, Pitch Black). And it is tautly written and directed by David Webb Peoples (the screenwriter behind Blade Runner, Unforgiven, and 12 Monkeys).

Just like the heartwarming underdogs at its center, the film overcomes its raggedy exterior with a mixture of pragmatism and dexterity. Peoples and his team create a cleverly lit, expediently staged, and crisply edited tale of amateur athletes traveling the parched desert (the first half) before descending into a shadowy subterranean city to challenge the behemoth juggernauts of The League.

If you’re a fan of the scrappy ingenuity of B-movie filmmaking and get pumped-up by stories of David defeating Goliath, check this one out! It’s free on Tubi and just a few bucks on Amazon Prime.

Daniel Siuba: This week, I started reading Dr. Radhule Weininger’s new book, Heart Medicine. This well-written work provides numerous practices to address what Weininger has termed “Long-standing, Recurrent, Painful Patterns” or LRPPs (pronounced lurps). These practices are informed by Buddhist teachings, neurophysiological and neurobiological trauma research, and a multitude of psychological theories. Part 1 of the book is dedicated to understanding what LRPPs are and how they function, and Part 2 focuses on actively engaging with them through the mind, breath, body, and heart.

Weininger’s primary strength as a writer lies in her ability to distill complex ideas in a manner that is thorough but not dense, while simultaneously remaining unattached to these ideas. She often encapsulates a psychological theory or an entire field of study in a single paragraph in such a way that you are able to grasp it and move on without rereading it or getting lost in superfluous details. And, perhaps more importantly, you never feel like you’re being persuaded or forced to agree with the particular theory or form of research being presented; it’s just another lens, offered to the reader without obligation. Weininger also illustrates the complex dynamics of LRPPs by including case material from her private practice and her personal experience. These stories provide striking examples of the ideas and phenomena she is describing; they are written with both clarity and compassion, which is quite refreshing. On the whole, this is a deeply humane work.

If your heart is in need of some gentle but powerful medicine, look no further. 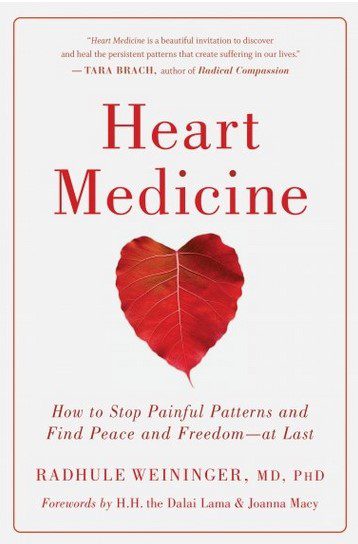 Alix Turner: Independent cinemas are great, right? I love living 20 minutes’ walk away from the nearest Odeon, but when I discovered that the bus pass I commute with could also take me to an independent cinema on the edge of the next city, I found myself licking my lips: this is how I found Mockingbird Cinema, Birmingham. My first booking was the 24 Hour Horror Movie Cinema Marathon, programmed by David DMP Moore: the atmosphere was like a sleepover, and I had a McDonalds’ breakfast delivered halfway through.

Next, I discovered the Mockingbird was offering a Free Mystery Horror Movie Screening, and I couldn’t resist. (It turned out to be rather poor, but you can’t win them all.) The Mockingbird was also the only place I found in my region that showed the chilling Silent Night during its cinema release… and that was it: three varied events and I decided to buy myself a membership.

This is a “proudly independent cinema and venue serving the brilliant film and wider creative community”, and frankly you can tell, even on the first visit. They had only been open for a few years prior to the pandemic, but had gained customer loyalty and made a firm mark on the local cultural scene.

Now, this fabulous, friendly little venue has a crowdfunding campaign to open a second screen. The funds are looking good, and the plans are ambitious but real. The Mockingbird is closing for a few weeks, as building has started, and I can’t wait to go back and try their new bar/café, and see how the additional auditorium can broaden their programme. If you believe in the value of independent venues, and would like to support The Mockingbird’s offering to the filmmaker and movie fan community in the UK’s West Midlands, please consider supporting their campaign.

As a proudly independent cinema and venue serving the brilliant film and wider creative community in our city, we’re super grateful to have had support from the army of loyal and committed movie fans out there in Birmingham and the Midlands. You’ve been amazing throughout the last two years, coming through for us in the most difficult of times.

“Why? Why is it worth it to love someone?”

The body of legendary rock climber and mountaineer Alex Lowe was discovered on Shishapangma mountain nearly 17 years after he died. This new documentary, lovingly directed by his son Max, turns the camera on his family in a poignant exploration of responsibility, character, and grief. Torn showcases some incredible footage from Lowe’s adventures, featuring people and rock faces that every climber and most non-climbers will know. And paired side-by-side with these awesome vistas are the home videos of Lowe’s young family. Torn will break your heart and then uplift you. This is what every documentary ought to be: a true story more compelling than fiction.