Our “Buried Treasures” category of articles here on 25 Years Later might as well be called the “Tom Hanks Underappreciated Archives,” because every movie he does that is not a critical success could very well be in this category. Hanks has been pumping out gem after gem for decades, whether they are smash hits like Cast Away and Forrest Gump to lesser-seen ones like The Money Pit or the much more recent A Beautiful Day in the Neighborhood. Well, to add to this category, there is one film that Hanks was in that is criminally underrated, and most people don’t even know it was released: 2016’s A Hologram for the King. This film quietly became one of my favorites of the year, and it firmly proves, in my opinion, that Tom Hanks can absolutely do no wrong.

A Hologram for the King is a film based on the Dave Eggers novel of the same name that was released in 2012. At first glance, it is easy to see why the film adaptation quietly disappeared soon after it released. The movie is yet another in a long list of comedy-dramas based on best selling novels that no one has ever heard about. Moreover, the only bankable star is Hanks himself; he is not surrounded by anyone else of major significance. Lastly, director Tom Tykwer is mostly an unknown. His only other major film was Cloud Atlas (also with Hanks), and since then he has worked mostly in television. However, I am here to tell you that the movie deserves a second chance and a much closer look. 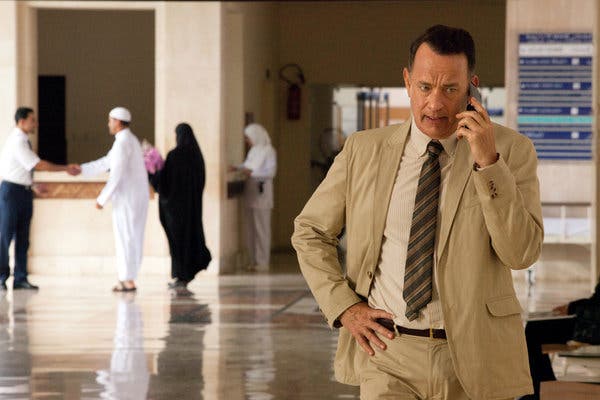 The story of A Hologram for the King is by-the-numbers for the most part, but it also feels like a fresh coat of paint at the same time. We are introduced to average middle-aged everyman Alan Clay (Hanks), who is a failed salesman and just finished getting through a messy divorce. Looking for life to take him in a new direction, he accepts an offer to sell three-dimensional holographic teleconference equipment to the King of Saudi Arabia. Throughout the first part of the film, we get to know Alan Clay and see the trials and tribulations he and his three-person crew undergo. Alan constantly oversleeps, the King keeps postponing the presentation, the equipment doesn’t always work, and the team is stuck in a tent without food or air-conditioning way outside of the city for many hours of the day.

It is in this part of the film that Hanks really shines. Like nearly everything he is, Hanks makes the character he plays so darn relatable that it is nearly impossible not to enjoy it. Whether it is searching for a new job, new partner, or a new meaning in life, it is very easy to connect with what Alan Clay is going through in A Hologram for the King. Going on an adventure to Saudi Arabia may not be what we all have the chance to do, but the analogy is still there. And through it all, Clay still tries his best to do good work, stay positive, and make the best of where he is in life. It may be a weak connection, but I would go so far as to say that the film does a good job of examining a facet of the human condition in today’s day in age.

We have not even gotten to one of the best reasons why the film is so good; the fact that it takes place in a whole other part of the world. Like I said before, at face value this movie is very simple. Man loses job, man gets divorced, man needs a change of scenery to re-discover himself, we have seen it all before. But in this case, the fact that the movie is not only on a different part of the world but in Saudi Arabia is what makes it so unique. If the film took place anywhere in Europe, Australia, Russia, or whatever other 1st world countries that films tend to flock to, the film would not nearly be as memorable. But the fact that it takes place in a country that is so foreign and confusing to westerners makes it truly special.

And it is this fact that takes us into phase two of the film. Outside of all the obvious issues that Alan clay faces in the film, it is the troubles he faces by living and working in a new country that really gives the film a kick. Alan is constantly jet-lagged, he can’t buy any alcohol anywhere since it is illegal, he is constantly lost so he makes friends with his driver, and to top it off, he has a few health scares throughout the film. The Middle East is a different beast than any other part of the world. The customs are so vastly different, it was a learning experience for myself as much as it was for the characters in the film. And I do not mean the easy ones such as social norms and laws. Rather, learning how people act, live, work, and even show emotion on the other side of the world was really fascinating.

After watching Alan continue to go through issue after issue, midway through the movie he discovers a lump on his torso that requires a visit with a doctor. It is here where he meets Zhara, the Suadi woman who treats him and subsequently gains a connection with. After undergoing some tests, Alan later has what he thinks is a stroke, but ended up only being an anxiety attack. After calling Zhara and his driver to come help him, he knows he needs some more help. Initially, Alan is scolded by his driver for having any sort of connection with Zhara, but he denies anything of the sort. Slowly but surely, however, Alan and Zhara begin to fall for one another, as taboo as it might be.

Hanks continues to shine throughout this part of the film as well. He may be playing a middle-aged man, but seeing him so desperately trying to connect with anyone or anything in this foreign land while still remaining the humble man he is is nothing short of wonderful to watch. Hanks breathes so much life into the film that is truly is a little staggering. I believe that with any actor, this movie is as forgettable as the next dramedy to make its way through Hollywood. It is also worth a mention that Tom Hanks, and the whole movie, approaches the subject matter and the locale with a good sense of respect. It is no secret that Saudi Arabia is a touchy subject, but no lines feel like they were crossed in the making of the movie. 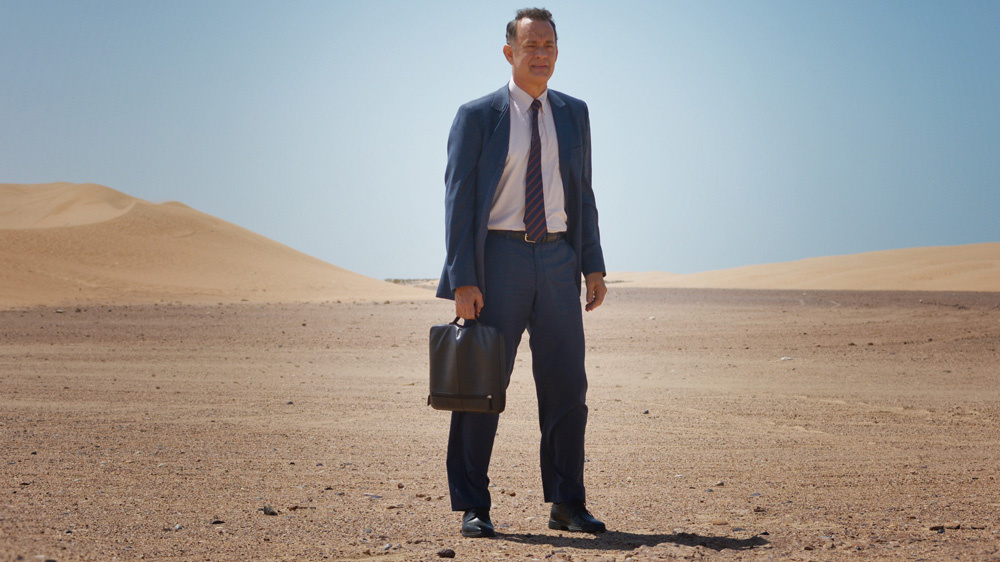 After a trip into the country with his driver, Alan returns to Zhara only to have her tell him that he has a pre-cancerous lump that needs to be removed immediately. Unsure of what to do next, Alan returns to his team, only to find that things are actually moving in the right direction. His team is fed and comfortable, the technology, and the King is coming the next day for the presentation, which ended up being a rousing success. Ultimately, the King did not purchase Alan’s technology, but at this point, it is obvious the film is about much more than that. Alan then has surgery to remove the lump, which Zhara successfully performs. The film ends with Alan and Zhara going on a swim together that ends with romance between the two. Alan writes to his daughter back in America that he is staying in Saudi Arabia to start a business, and it is alluded that he and Zhara have started a relationship.

A Hologram for the King is such an ordinary film when you first see it, but if you dig just a little deeper, it is easy to truly appreciate it. Tom Hanks delivers an absolutely stunning performance that is so easy to latch on to, I could not help be entranced. Everything else around him, whether good or bad, is just made better through his performance. Hanks so eloquently puts to screen what so many people feel and want every single day. And when you really think about it, the movie does not need anything more than that. The movie is a bonafide buried treasure, and highly recommend it for anyone who missed this gem.