“Twin Peaks Episode 5: A Return Before (or After) The Return?” is also available in audio-visual format on the 25YL YouTube channel. Join us every day from January 30 to February 28, as we look at every episode of Seasons 1 & 2 for Twin Peaks Month.

A few months ago, I very enthusiastically signed up to write an article about Episode 5 of Twin Peaks. As the deadline approached, I started to realize how young and naïve a-few-months-ago-me truly was. I have thoughts about Twin Peaks, of course, but I have never written about any of them. At heart, David Lynch is a painter, an artist, and much like a great painting, Twin Peaks is going to look different to everyone viewing it. So, this is what Twin Peaks, Episode 5, looks like to me.

Now here is the big question: Has The Return changed the way I watched this episode? Of course, though I don’t think I realized it right away. I watched and took notes to get started writing before I began to realize how The Return altered things. I don’t believe that they are colossal story-altering things, but there were shifts. Episode 5 has a few critical developments that caught my attention. There were so many storylines being pushed forward in this episode that it was easy to start going down every little rabbit hole. I did manage to reign myself in and narrow it down to two main topics.

The first significant development was getting into Jacques’ apartment, which eventually leads to Cooper pulling from his dream when he sees a photo of a cabin with red curtains. Is this the same help that Cooper received in The Return? Were his dreams given to him so that he may eventually find the Lodge? Of course, this just opens up a million other questions for me. This could be simply one of many times Cooper has been in Twin Peaks looking for Laura, though it is presented to us as the first time.

These dreams might be here to move Cooper along faster if it isn’t his first visit, and this isn’t the original event. If that is the case, then you can see how The Return has changed my perspective. Once Cooper puts the pieces of his dream together and collects information that might implicate Leo in Laura’s death, the next stone on the path is set. 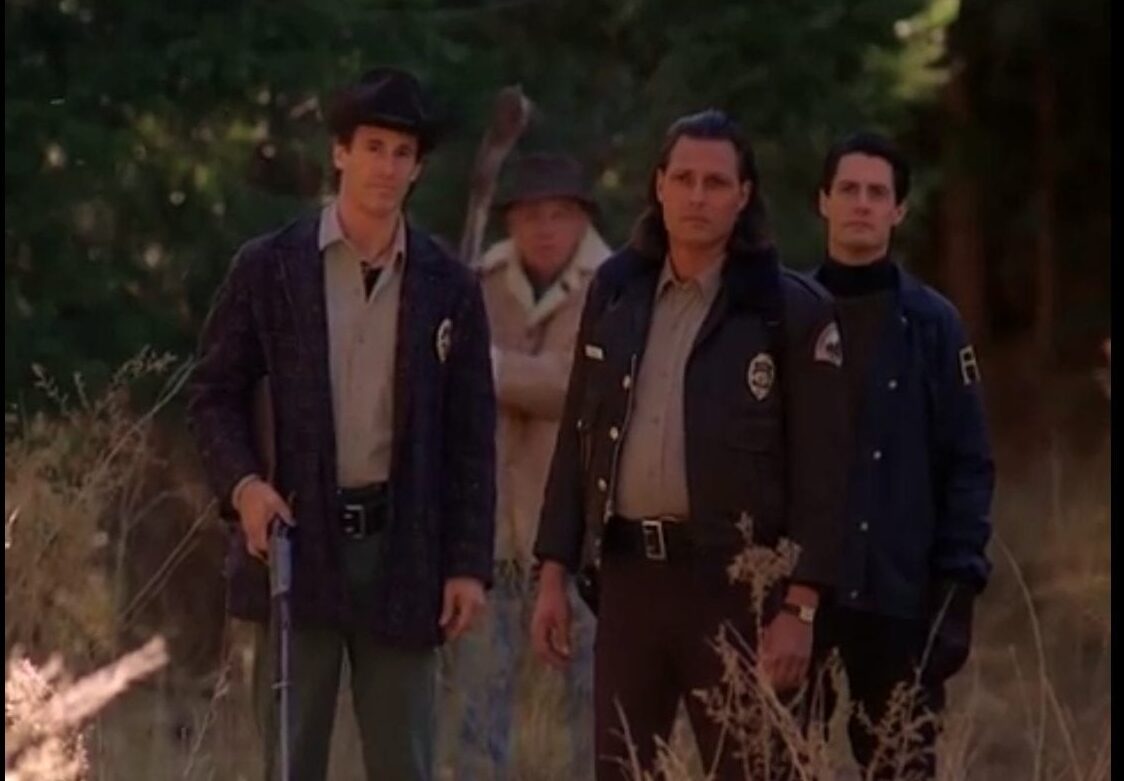 Cooper must locate this cabin. Hawk leads the way through the woods with Harry, Cooper, and Doc Hayward by his side. I think it’s crucial that Hawk was the one to conduct the search, knowing that they initially find Margaret’s cabin—and keeping in mind that Hawk and Margaret speak on the phone in The Return and that Hawk seems to have an unspoken understanding of Margaret. Their interactions in Episode 5 jumped out at me immediately.

Hawk runs interference when Cooper tries to hurry Margaret along, and because of this we get so much phenomenal dialogue from Margaret. The way that Margaret speaks, practically in riddles, reminds me a bit of Dougie in The Return. Dougie couldn’t communicate traditionally at all, and in some ways, neither can Margaret, at least not with the people to whom she is trying to give vital information.

Dougie is nearly wordless in The Return, and Margaret has incredibly deep and moving words that are initially brushed off in most cases. It’s not a perfect comparison, but I have always felt that Margaret was somewhere between a being from the Lodge and a run-of-the-mill Twin Peaks citizen. In that way, it makes sense to me that she reminds me a bit of Dougie, but on the other end of the spectrum.

Behind the Curtain of Bobby Briggs

There is a second storyline in Episode 5 that also feels important to me; it was important before The Return, but now it feels like a glimpse into the future. Through the entire original run, Bobby Briggs vacillates between a punk kid and a broken young man on the verge of figuring himself out. He often does the right thing, just not as often as he makes trouble. He is presented mainly as a drug-dealing, cheating, lying jerk, but we see glimpses of another side to Bobby.

We find out a lot about that broken kid when he sits down with Jacoby. Jacoby pushes and prods him in all of the right places because he already knows how Laura felt about him and what Laura did to him, at least to some extent.

Bobby did love Laura, but I think the relationship became toxic and codependent, making us view his relationship with Shelly in a different light. Bobby and Shelly are both in abusive relationships, and being together seemed to help both of them in different ways. Neither of them makes smart choices, but they’re teenagers dealing with a lot of heavy trauma.

In The Return, when Bobby walks in to find a picture of Laura Palmer on the table, he breaks down. When this scene aired for the first time, I think I took his feelings as sweet, sad, and nostalgic, but now that scene reads a little differently. Keeping in mind the conversation between Bobby and Jacoby, we get a lot of dark revelations:

Bobby: She said people tried to be good, but they are really sick and rotten—her most of all. And every time she tried to make the world a better place, something terrible came up inside her and pulled her back down into hell. It took her deeper and deeper into her blackest nightmare, and every time it got harder to go back up into the light.

Jacoby: Did you get the feeling Laura was harboring some horrible secret, bad enough that she wanted to die because of it?

Jacoby: Laura wanted to corrupt people because that is how she felt about herself?

Bobby: She wanted so much. She wanted me to sell drugs so she could have them.

Here we start to see the good kid, the future good man, underneath Bobby’s bad attitude, which he uses to hide all his trauma.

Now, when I think of Bobby walking into the room and seeing that old picture of Laura Palmer, I realize that his emotions are so much more complex. Laura remains the beautiful girl who corrupted him, whom he couldn’t save, who almost no one else ever really knew—the picture of what had to be the most confusing thing and time in his life. 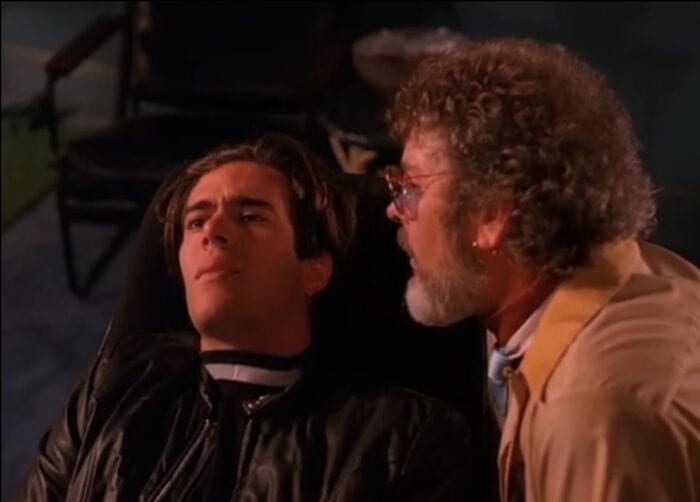 I don’t want any of this to minimize the trauma Laura endured—hers was far worse than anything Bobby went through, but like most trauma left untreated, it branched out and wrapped its way around those closest to her. Bobby seems to get the brunt of that untreated trauma; its branches wind themselves around and around him until he can’t tell where Laura’s problems end and his own begin.

So this is where I make a case for Bobby; something turns his life around in the end, after all. We know now, thanks to The Return, that he grows up and becomes something close to that man his father once described, the vision later in Season 2 brings Bobby to tears. Maybe that’s the first time he sees a future for himself, or thinks that he even deserves one, but the process begins with Episode 5.

There is no singular moment in Episode 5 that completely changes Bobby, but much like with Cooper’s aforementioned situation, a stone is placed in Bobby’s path. The first stone in a long path that will lead to a sad life, but a life where he can at least be proud of the man and father he grew up to be. He is a far cry from the smart-mouth punk kid who acted out his pain in the worst way possible—well, not the worst in the world of the story, but certainly the worst from his teenage perspective.

The Lens of The Return

Do I feel like The Return has changed my viewing experience forever? In some ways, yes. I can’t unknow what I know—or what I think I know. For me, The Return fills in some gaps, and it also opens doors to countless more questions and possibilities.

I will probably always wonder if the original run is Cooper’s first visit, Laura’s first death or disappearance, and if Leland is half-in and half-out as he dances in a frenzy and turns gray overnight.

However, at the end of the day, the characters that I fell in love with are still those characters. Some have more depth, some are now bigger puzzles, but they are still the quirky inhabitants of my favorite town, and they still feel like my friends. 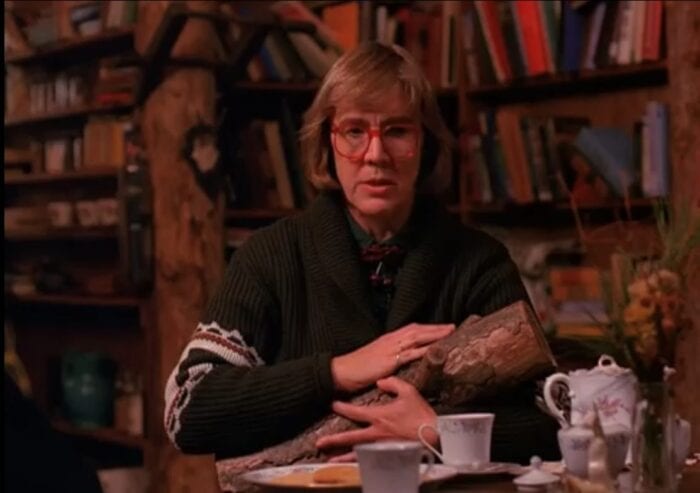 The Return was good and bad, light and dark, illuminating and confusing as hell. It was a wild ride, and I am glad I was along for it. I appreciate the smack in the face it provided to my romantic, nostalgic soul because nostalgia is just that, a romance for the past. We wanted good things for our friends, we wanted answers, but we were given reality. Well, we were given a Lynchian reality, and that’s good enough for me.

Nothing will ever change how I feel about those first 30 episodes. Not the ones I loved, not the ones I dread on re-watch, not the ones that make me cringe a bit, those are forever mine just the way they are. Twin Peaks means something different to everyone that watches it and that to me is what makes it such a great show. Twin Peaks has been there for me in dark times and in celebration, I’ve turned to it in times both happy and sad and it has never let me down. I don’t expect that to change anytime soon.

Amber is the Social Media Manager at Horror Obsessive. She loves terrible horror films and has an unhealthy obsession with The Golden Girls. In her free time, she is a Circus Artist and performs Aerial, Stilts, and Fire (occasionally).