For this installment of Une Âme Solitaire: Fans in a Living Novel, I explore the Twin Peaks experiences of Ben (@beanorojo on Twitter), whom I met during the lead-up to the 2017 Twin Peaks Festival. For those new to this column, Une Âme Solitaire is similar in structure to the original series’ character Harold Smith’s work. Harold invited others into his home, recorded their stories, and weaved the stories into a narrative that helped him connect to the outside world that he could no longer endure. I weave others’ Twin Peaks experiences into a larger fan experience that connects us all. Enjoy!

“Growing up in suburban Southern California with strip malls and tract housing as far as the eye could see, I knew nothing about small town life. Yet there was something familiar about Twin Peaks as it drew me into its world. The town presented as one thing, but there was something else hiding beneath the surface. Suburbia, too, was filled with secrets.” 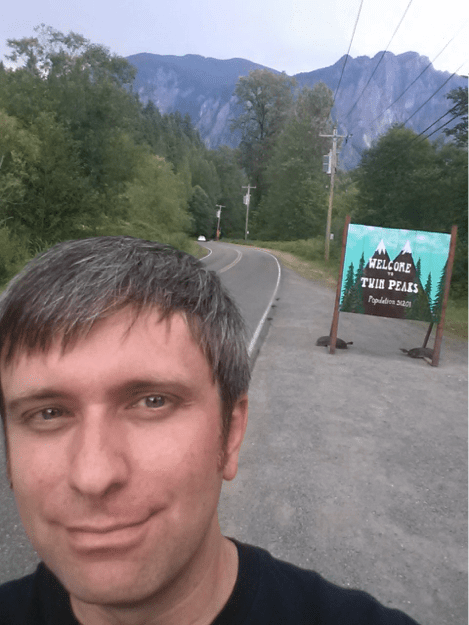 The first two Twin Peaks fans that have made it onto the pages of my living novel might ask themselves: “What year is this?” Previously, Steven Miller watched Season 1’s finale, then ended up in the world of Twin Peaks: Fire Walk with Me. Ben tuned in to ABC on November 17, 1990 (27 years to the day as I write this!) to see 1989 Black Lodge “Father of the Year” candidate Leland Palmer chipping golf balls in his living room and driving through southern California, er…Twin Peaks with Madeleine Ferguson in his car trunk. Just like Steven, Ben was immediately hooked. He quickly borrowed his best friend Paul’s VHS recordings, caught up, and watched Season 2 as it unfolded.

A mere thirteen years old during his first viewing, Ben connected with…Benjamin Horne. Perhaps it was the just the name that originally drew him to that character, but the changes Benjamin Horne went through on-screen resonated deeply with Ben. Though not as fond of the Benjamin-as-Civil War reenactor part of the story today, a much younger Ben found Benjamin’s transformation from scheming lecher to traumatized patient a fascinating one. The best was yet to come in Season 3. Over the past twenty-five years, Benjamin Horne seemed to have become a lonely man that time has passed by, hanging on to the goodness he seemed to discover as he tried to set things right with the Hayward family. Richard Beymer’s scenes with Ashley Judd as Beverly Paige and Robert Forster as Frank Truman were some of the strongest character-driven scenes of Season 3, and took Ben’s breath away. 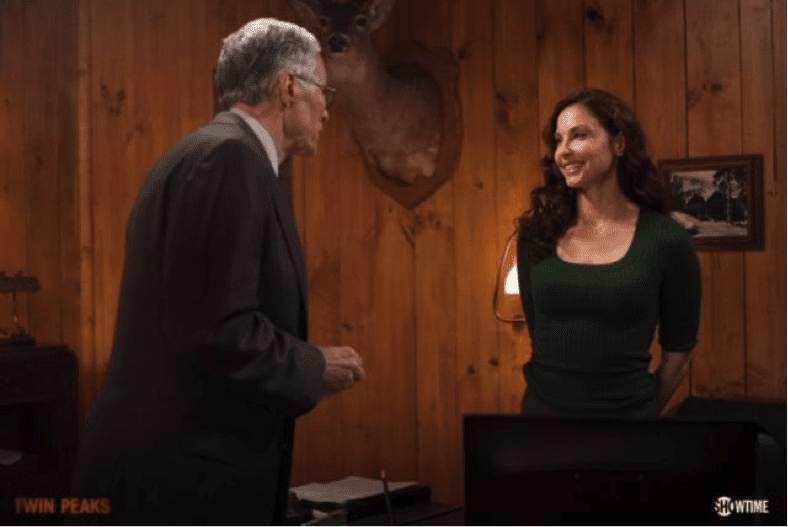 “I normally work on Sunday nights but creatively manipulated my schedule so I could see it as it aired. I also had the distinct pleasure of messaging my old friend Paul via social media each week to share our reactions and theories. I felt like I was 13 again!”

One of the more difficult tasks for those who decide to create new episodes of long-dormant quality television (see: X-Files’ uneven and often clunky 2016 revival) is to retain the magic of the original, and then develop new moments that make the new seasons unforgettable and unique. When new Twin Peaks crept closer, Ben realized that the only way that he’d be disappointed was if it turned out exactly as he expected. His expectations were affected by his decision to follow social media accounts of the filming locations, a spoiler-filled minefield. Fortunately, seeing those spoilers didn’t make a difference to Ben. Once Season 3 aired, the images he saw only provided him with a “So, that’s what they were doing!” feeling. David Lynch and Mark Frost wove the stories and images of Season 3 so well, that the spoiled scenes’ larger contexts were never able to be determined from most of the photos, save a few like Nadine’s Run Silent, Run Drapes shop on Twin Peaks’ main drag.

**Twin_Petes pro tip: When you get a chance to speak one-on-one with the executive producer of your all-time favorite show (not to mention David Lynch’s right-hand woman on other projects!), never mention that you viewed spoiler photos taken during the show’s top-secret production.

As for one of the “missing pieces” of Season 3, I asked Ben which Donna portrayal he prefers between Lara Flynn Boyle’s and Moira Kelly’s. At first, his response fell into the “both Donnas” zone:

“Honestly, I have always liked both Donnas. I thought Moira Kelly played Laura’s best friend perfectly in Twin Peaks: Fire Walk With Me and I thought that Lara Flynn Boyle played Donna’s character development after Laura’s death perfectly in the series.”

Here’s where it gets much more interesting, especially in light of Donna’s omission from Season 3, and Mark Frost’s Donna chapter in The Final Dossier. Without spoiling:

“For season 3, I was hoping for Lara Flynn Boyle to return as Donna, but that was only because I see Moira Kelly more as the Donna that existed before Laura died. Although, now I’m not quite sure if Laura died or not…” 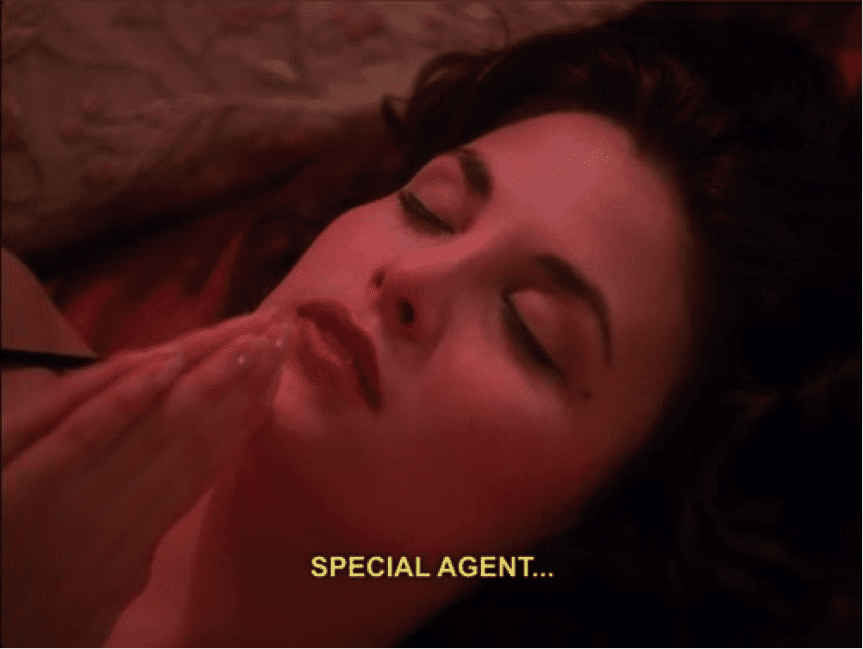 Ben attended the Twin Peaks Festival in Snoqualmie and North Bend, Washington for the first time in 2014. He realized that his Twin Peaks obsession had finally risen to levels where he could no longer resist the pull of those Douglas firs and fellow fans. His first visit coincided with the 25th anniversary of Laura Palmer’s death in the series.   Ben didn’t know anyone who was planning to attend but had a fantastic time. Then, unexpectedly, David Lynch’s and Mark Frost’s twin tweets made new Twin Peaks a reality, only to have the fan base’s collective spirit crushed the following spring. Ben then participated in the #SaveTwinPeaks social media campaign, and this led to meeting more Twin Peaks fans. Fast forward to 2017, the year we all got Twin Peaks rockin’ back inside our hearts: Ben was one of the lucky 300 to purchase tickets to the 25th Anniversary Twin Peaks Festival, held during the last week of July.

Through our Twitter connection, and the monthly mailing list, Ben and I kept a conversation going about our excitement regarding the upcoming festival. Ben became “My Special Facebook Agent” because I don’t have a Facebook account, and the festival’s organizers shared the most up-to-date and exciting news through the Owl Cave members-only page, including celebrity attendee and special event announcements. Ben provided timely messages about the Owl Cave announcements, and I soon viewed Ben as my essential guide and support as a first-time Festival attendee. At one point during the summer, a family situation nearly kept me from attending the Festival. Ben encouraged me to stay strong and to maintain hope, sending me a photo of Audrey Horne praying for help from her “Special Agent.”  His timely encouragement was greatly appreciated, and we met at the Festival.

Together we experienced a once-in-a-lifetime event there, where our new big Twin Peaks family (including cast members) watched Part 12 at the Fall City Roadhouse the same day it aired. Executive Producer Sabrina Sutherland kicked off the viewing party by reading a text message from David Lynch that included “LONG LIVE TWIN PEAKS!” Ben met people he had only been communicating with online over the years, after taking the chance to experience a whole different level of fandom at the Festival. His experiences that weekend are indirectly reflected in this quote about the effect Twin Peaks has had on him:

“As I was coming of age, I was beginning to realize that the world around me was not what it seemed. 13 years old may have been too young to be watching a show like Twin Peaks, but it has informed the way I respond to life well into my adulthood. It taught me to question appearances and look beneath the surface. It taught me that I will not always have the answers. It taught me that life can be beautiful and tragic at the same time. It taught me that “fear and love open the doors.”

Next time: A fan without a sandwich.

“I am a therapist by day and a waiter by night, which are basically the same job. I live in a small town in Northern California that is not unlike Twin Peaks, but more like Mayberry on acid.” 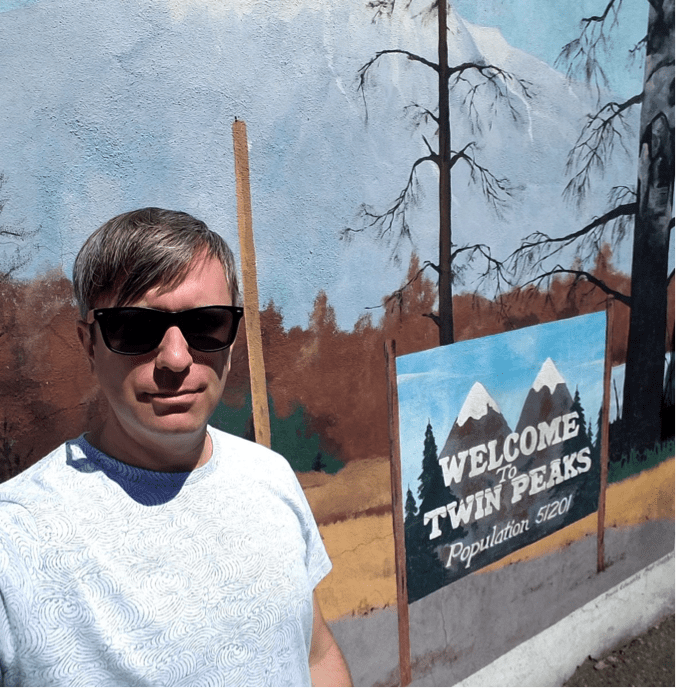 Twin_Petes is a 27 year-plus fan of the show, music, merchandise, and emotions that emanate from the woods surrounding Blue Pine and Whitetail Mountains.  He and his family now reside in what can best be described as the Purple World.  His favorite response to most questions is: “That…cannot be revealed.”  He loves all things Lynch *and* Frost.  You can find him on Twitter and Instagram @Twin_Petes .