Full disclosure: I’ve been peering through the bushes into a gazebo where Mark Zandi (a.k.a. The Woodsman) has been living and working for several years. I think the first time that I saw and/or heard about him was when Twin Peaks Season 3 was being filmed in Washington State in 2015. His mysterious social media visage at the time (an item always in front of his face!) was a mystery that I enjoyed being unable to solve. His work with the Woolhouse Boys has been documented here by our very own Laura Stewart, and there are plans to showcase his art in a future piece on our site. My wife and I visited the Twin Peaks Festival in 2017, and we had a plan to meet Mark. As the Lodge denizens would have it, our schedules didn’t work out, and the mystery remained. I started using Instagram around that time, and started following several Twin Peaks-related accounts. When Season 3 Woodsman Stewart Strauss posted a photo of one of Mark’s pieces in Stewart’s home, I knew the time to enter through the red curtains was now. Here’s Mark’s entry in my Living Novel, and I hope that you enjoy it as much as I have! 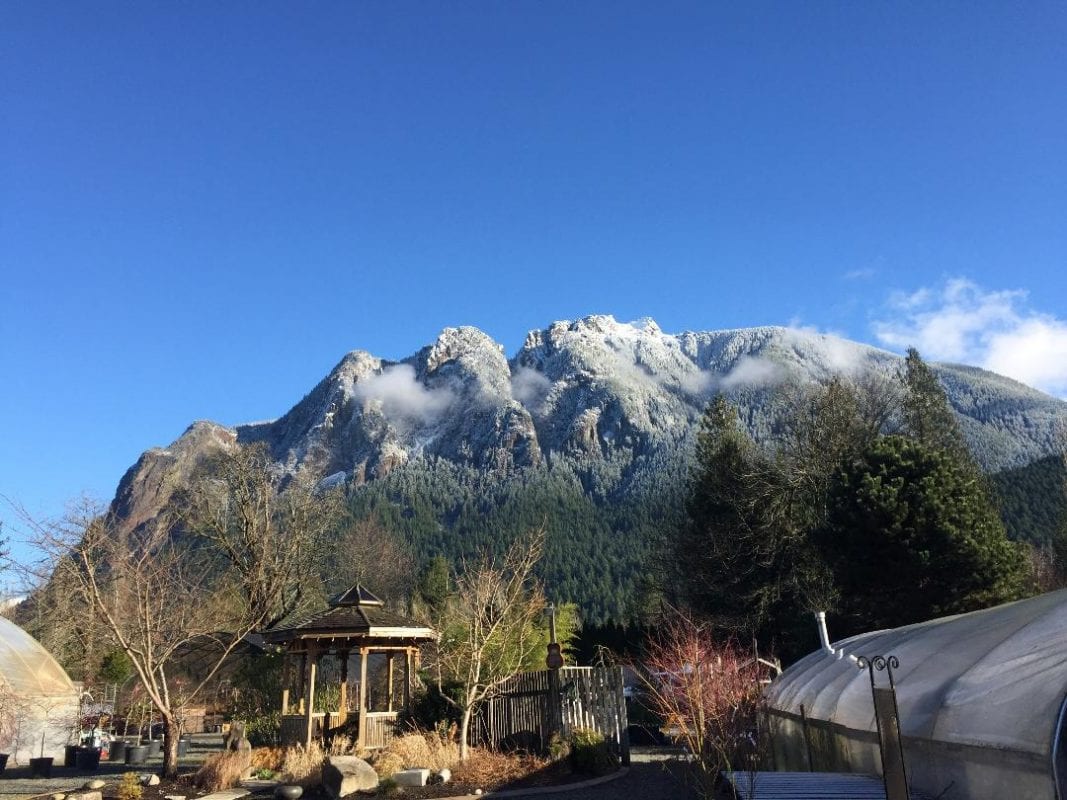 “I never planned on moving to North Bend, Washington. Five years ago, I decided to leave Virginia, where I had been my entire life, to start my life over. My sister offered for me to stay with her in Issaquah until I got back on my feet. When I first arrived, I never gave any thought to exactly where I was in proximity to North Bend and all the filming locations. My mind was a wreck, and I was acclimating to the weather, the coast-to-coast move, adjusting my life and looking for work. After I was there for a couple of weeks, my sister mentioned the Twin Peaks locations, prompting a visit the next day. We were sitting in Twede’s Cafe when she informs me that my nephew lives not too far away, just up on Wilderness Rim. I finally get to visit him, and worked out that he needed landscaping to his yard and had an extra room. Soon after moving in and while unpacking, I get the news that they are planning to film Season 3 in North Bend. What are the odds? I knew I would never have a chance like this ever again. I was very fortunate to observe filming in North Bend and David Lynch direct right in front of me.”

I, too was touched by the initial power of Twin Peaks during my late teens, but differently than Mark:

“I was a junior in high school when the Twin Peaks pilot and Season 1 first aired on television. My interests at the time were mainly creating art and painting. David Lynch was already an inspiration for me through his films and art, so being able to watch a prime time series created by him and Mark Frost was an incredible experience. Most often, I would watch by myself because there weren’t too many of my friends who were into it. So it became this thing I could have all my own, which made it even more special for me. I watched the pilot and series live on television, unfortunately I missed some episodes mostly in Season 2. I bought the series set on VHS and viewed it so many times the color degraded as well as the sound. Each time I played a tape from the beginning, the VCR made a horrible screeching sound. But viewing Fire Walk With Me in the theater on a big screen in 1992 had the most impact on me. I was watching the last days of Laura Palmer on the big screen. I remember walking out of there wanting to become an artist and create works of art outside the mainstream. I think it made me want to be as different as possible and finally develop a recognizable style all my own.” 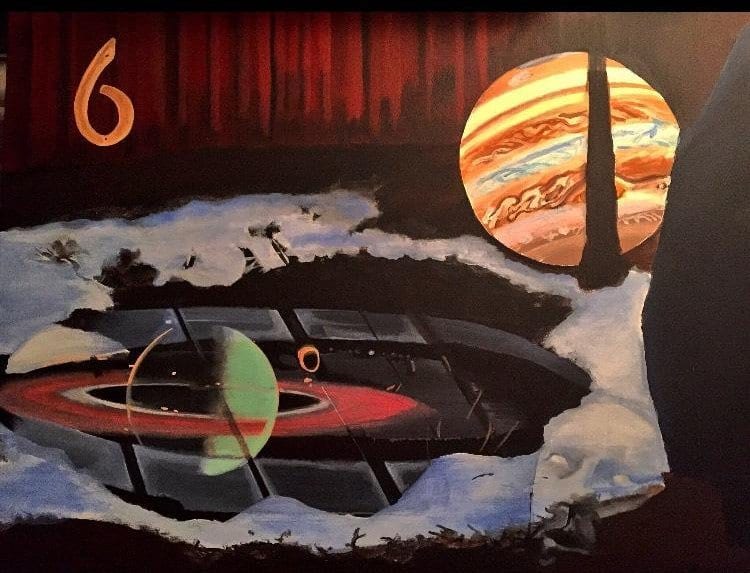 One of Mark’s Twin Peaks-inspired pieces

Since Mark lives and works in the area where Twin Peaks was filmed, I asked him about watching Season 3 there:

“Erin Craver and I had the pleasure of attending the live east coast feed of the two-hour premiere. It was hosted by the city of North Bend and the Downtown North Bend Foundation in partnership with Compass Outdoor Adventure, Georgia’s Bakery, the Snoqualmie Brewery and local Twin Peaks fans. Mary Hutter did an outstanding job as the tour guide and event coordinator. The red room she recreated for the event was incredible. I was one of 50-60 people lucky enough to attend and it was a very memorable night. We also attended a private viewing party the same night at the Salish Lodge and Spa, overlooking the falls. I remember standing on the balcony looking at the falls before walking back inside to the part where the camera goes over the falls playing on the television thinking: “Never in a million years would I think that I would be lucky enough to be here, right now, at this moment!” ” 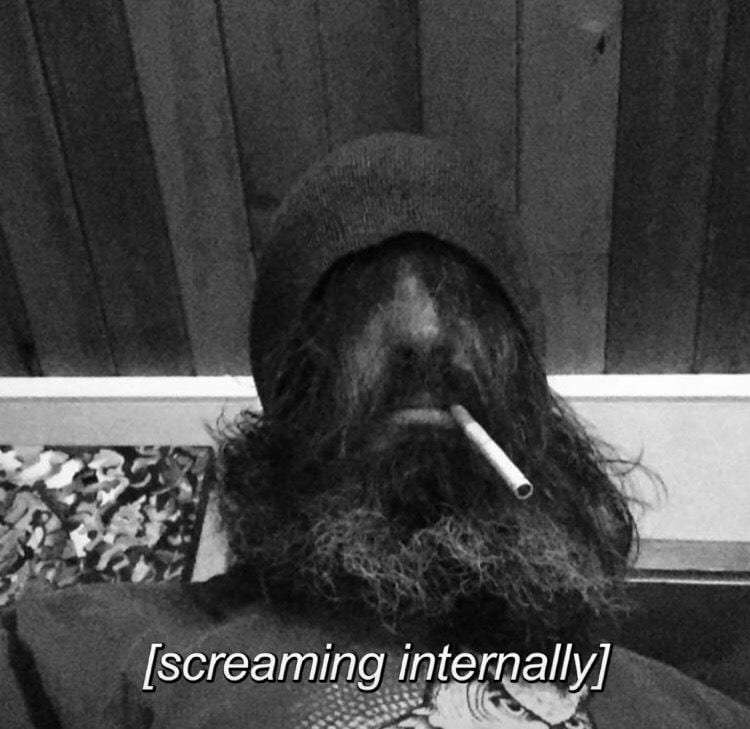 “I need to stay away from tattoos. Some of my worst mistakes have been haircuts and tattoos.”

After [Season 3] filming came to a close, I began working for The Nursery at Mount Si, a home and garden plant nursery located in North Bend. Erin and I moved downtown to be closer to work. We never expected to be living blocks away from a handful of the filming locations, only blocks away from the New Fat Trout Trailer Park, the park where Carl’s bench is located, the Double R, Run Silent, Run Drapes and Big Ed’s Gas farm. It was also after filming I began painting a series of Twin Peaks-inspired work.

Mark got the idea of the painting for Stewart Strauss after watching the Woodsman scene in the Buckhorn jail (Season 3, Part 2):

“As the camera pans right [from Bill Hastings’ cell], you see the Woodsman’s image, but it starts to disappear as the head lifts away and drifts upwards. It just reminded me of the Yorick’s Skull optical illusion, a vintage advertisement for Pears’ Soap. It had that same after image effect. You stare into his eyes for so long you feel as if when you look away, his image will follow, burned into the retina, so to speak. So I decided to incorporate that into a painting along with The Woodsman and flanked by telephone poles, electrical wires and flowered wallpaper print. I messaged Stewart and showed him my ideas along with some sketches. He thought it was a great idea, so I started the next day and kept him updated on the paintings progress to its completion. It now hangs on his wall next to other Woodsman-inspired pieces by some great Twin Peaks fan artists. Many thanks to Stewart Strauss for giving me the opportunity to paint something for him and his appreciation for fans and the arts!” 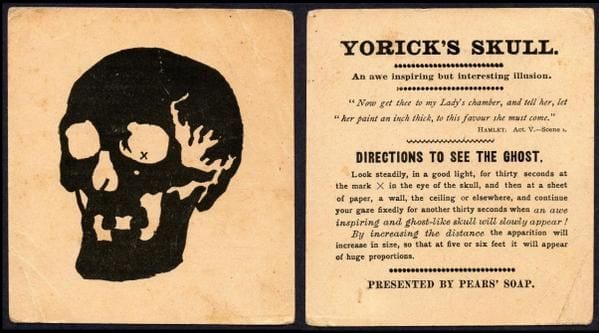 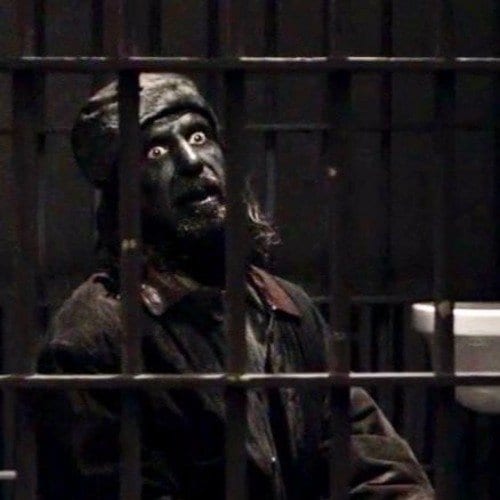 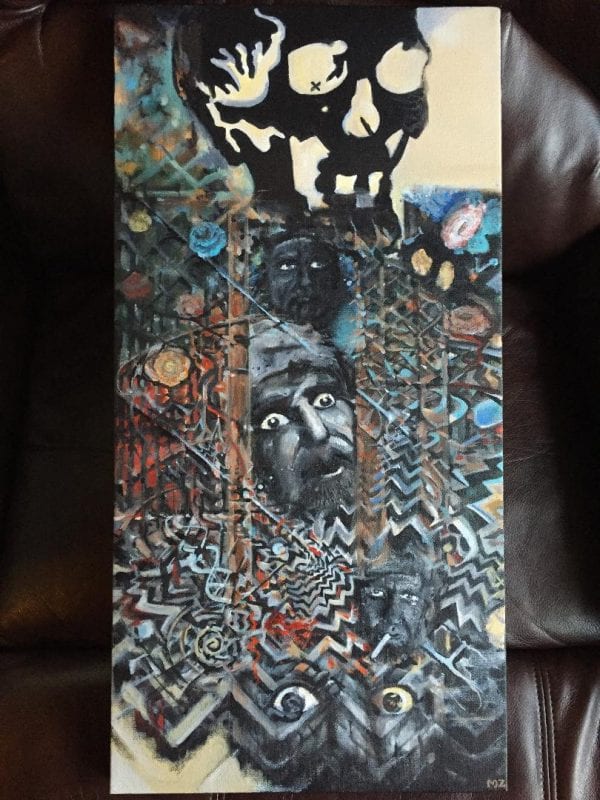 The journey from idea to realization

As you can see, Mark’s journey to, through, and within Twin Peaks is a special one. As Agent Cooper has said:

“…when two separate events occur simultaneously pertaining to the same object of inquiry, we must always pay strict attention.”

**A special note: My work is leading me to the Pacific Northwest for a conference later this spring, and I connected with Mark for this piece shortly before learning about the conference. It looks like we’ll finally get to have that cup of coffee and slice of pie after all!

Mark shares his work through shows at local businesses like Picola Cellars, and just recently Georgia’s Bakery. He also shares through social media: Instagram, Facebook, Twitter and Vero. Inquiries about his art or private tours of North Bend can be sent to his email address: zandala7@gmail.com.

Next Time: We meet Kaci, the Homicidal Homemaker!