‘At first it’s like, ‘Who are you?’ And then all this stuff comes back. And there’s a connection between the two of you. And you’ve seen him in a dream.’ – Lynch’s direction to ‘Laura’.

Throughout her adolescence, Laura was plagued with dreams and nightmares that could be read as precognisant of her death and her time in the Lodges.

‘[Dad] likes the woods as much as I do. One night I had a dream that Dad moved us to a house deep in the woods and my bedroom had a big tree outside the window with two songbirds resting there.’

This first entry in Laura’s diary also marks the end of her innocence and her childhood. In it she notes an innocent dream about the woods, without a hint of the darkness yet to come.

Soon after this innocent and pleasant dream about the woods, Laura’s dreams take a much darker turn.

She dreams of meeting a man at Pearl Lakes, which is where Leland first met BOB as a child. In the dreams, he controls the wind and creates heat between her legs, and sings to her in Sarah’s voice.

She dreams she is supposed to be helping people across a river, but just wanted to swim on her own instead. Everyone is angry with her, and someone is sent after her to hurt her.

We are to believe this is the start of her abuse, and she says as much in FWWM, although there are indications that she knew BOB long before this, and that she can’t remember when it started.

Laura had one dream that led her to the door of the Log Lady, who was expecting her. ‘I dream like other people sometimes,’ says Margaret. ‘It just happens.’

At this meeting, Margaret says she has things she needs to tell her.

After her abduction as a child, Margaret asks the doctor if he thought the owl was coming back. Is it possible that the big owl was the dark object seen by Dougie Milford as the children were abducted?

Sarah informs Laura that she heard her calling out for her in the night, then heard her hooting like an owl. The owls are implied to be the carriers of certain spirits.

Is it possible that Laura was also abducted in the woods and visited the Lodges, but has no memory of this fact? Did she also watch a film of her life with the Fireman and only saw glimpses of this memory in dreams?

‘I have been in the woods again. Lost.’

Laura later dreams of crouching in an empty room. She is looking around, trying to find a door to see if the furniture was in another room. It is reminiscent of the empty rooms through the portrait that the Tremonds gave her, the ones that form a portal to the Lodge.

She also dreams that people had her diary in public and were reading it. It is obviously a general fear of her secrets becoming known, but it is also actually what happened after her death when Harold, Donna, Maddy, James, Cooper, Truman, Hawk etc all had access to her darkest secrets.

Later, she appears to experience her own death. She dreams she is trying to get into Jacques cabin, but she can’t get access. Then she sees BOB inside through a window just like the one in her bedroom. He kills Waldo then starts to climb out of the window. Laura runs but the cabin is always in front of her. She falls to her knees in resignation, but then looks up and sees a giant owl. She isn’t sure if it is there to help or to hurt her. Is this the same giant owl referred to by Margaret?

Laura dreams she in invisible. Her friends are just going through their lives and can’t hear her screaming in their faces, just as they were after she had died.

Lastly, she has a premonition of her own body in the water. She dreams of standing beside a lake under a dark stormy sky, only the sky reflected in the water is bright and sunny. She begins to swim, but halfway across, she feels BOB grab hold of her ankle and pull her under the water.

And of course, just days before her death, Laura dreamt about Cooper in the Lodge and his warning about the green ring.

There seems to be a natural progression between Laura’s diary dreams and the events in her future. Perhaps her dream mind knew the whole story, having seen it played out for her once before.

Perhaps this was how she was able to whisper to Cooper what he needed to know about their eventual fate. 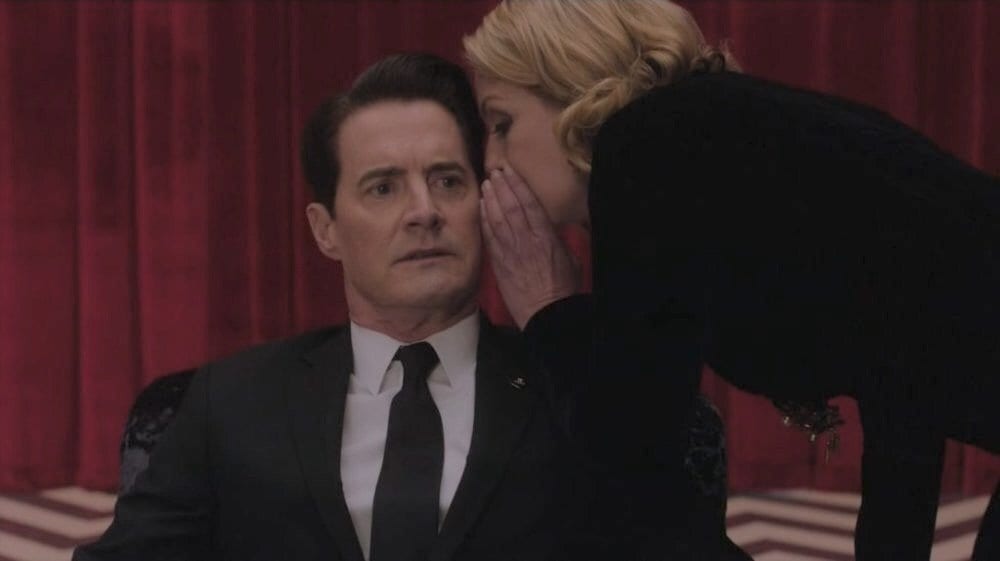 The dream events in this article are taken from The Secret Diary of Laura Palmer by Jennifer Lynch. 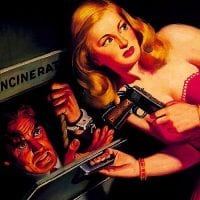