During the run-up to Season 3 of Twin Peaks, I ran across the Twitter account of Kaci, more commonly known as The Homicidal Homemaker, host of her self-described “spooktacular horror cooking show and horror food blog, that also features recipes inspired by Twin Peaks.” Every day is Halloween for Kaci; she has a passion for all things spooky and horror-related, and tries to find as many ways as possible to integrate that spookiness and affinity for horror into her life each day.

According to Kaci, she started her website and cooking show found on the website to “inspire others to bring a spooky element to their lives through horror inspired recipes, cocktails, product reviews, tutorials, and themed parties.”  For me, just watching a few clips of Kaci’s work is all you need to see that she is passionate about her craft and makes Twin Peaks a regular part of her work and her life.

“From the moment that I heard Dale Cooper’s first monologue, I knew this show would take me to a place both wonderful and strange: ‘Diane, 11:30 AM, February 24th. Entering the town of Twin Peaks.’

It’s a show that automatically makes you fall in love with the characters’ personalities, but for some reason, I felt I could identify with certain elements of various characters from the show, namely, how Cooper could have such an upbeat, lighthearted outlook on life even in the darkest of times, and make sure there is still time for coffee and pie.” 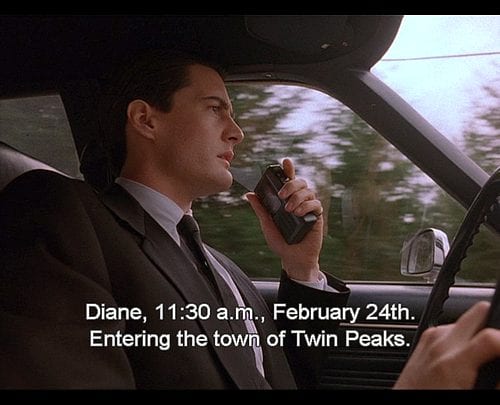 Kaci’s viewing of Seasons 1 and 2 was fractured at first, and she caught up like many others, using a streaming service and watching the original series from start to finish without leaving her home.  For Season 3, things were a bit different:

“I watched Season 3 on Showtime through Amazon Prime, and to fully celebrate, we ate nothing but Twin Peaks themed food all day; with massive, massive quantities of pie, donuts and coffee. And while I did thoroughly enjoy Season 3, I don’t think it’s fair to compare it to the original run. While the subject matter, characters, and storyline may have all been the same, I felt that one could watch Season 3 without ever watching the original run or Fire Walk With Me, and still enjoy it, though, there likely would be some confusion to things that directly tie in to the series or film. I knew that we likely wouldn’t get answers to a lot of our questions, and would be left with far more of them. All I know, is that I have my fingers crossed for a Season 4.”

When I asked Kaci about whether she’s more of a tattoo, bumper sticker, or cosplay type of Twin Peaks fan, she chose all three:

“That’s a tough one! I actually don’t have any tattoos, but if I were to get one, it likely would have a nod to Twin Peaks. It’s really, really tempting, because I’ve seen so many cool Twin Peaks tattoos, especially the old-style tattoo flash, but I’m not sure I could ever take the plunge.

If I were to sport a bumper sticker on my car, it would proudly display one of my favorite quotes from the show, that I do always try to live up to: “Every day, once a day, give yourself a present. Don’t plan it. Don’t wait for it. Just let it happen.”

As for cosplaying, I wouldn’t consider myself a cosplayer, but I do own several pieces of Twin Peaks-inspired clothing, and even have a custom-made Double R waitress dress that I’ve worn on my Twin Peaks-inspired episodes of my show. So I guess my favorite way to express my fandom is to incorporate some of my favorite elements of the show with food, so others can create them to enjoy while watching the show.”

Kaci’s Homicidal Homemaker site is mainly devoted to horror themes, so I asked her to give her take on Twin Peaks (especially Fire Walk with Me) as part of the horror genre:

“I think that is one of the main reasons Twin Peaks reeled me in. One usually wouldn’t see Twin Peaks as horror, though the subject matter is so dark and disturbing. But there are so many light-hearted, quirky, and even funny elements to the show, that it’s easy to sometimes forget that. I think all of those elements combined are what makes Twin Peaks so special. Fire Walk With Me leans more to the darker side, as so many horrific and legitimately terrifying things were revealed. The scenes with BOB behind the dresser and climbing into Laura’s room still scare me.”

“From the original series, I love the surreal, and other-worldly vibe of the Red Room/Black Lodge craziness, especially anything with The Man From Another Place, The Giant, or backwards talking. Any scenes that showcase the dynamic between Harry Truman and Dale Cooper.

From Season 3: I love that there were so many scenes that featured Albert (one of my favorite characters), and the scene where Sarah Palmer removes her face, calmly asks, “Do you really want to !@#$ with this?”, and then proceeds to chomp down on that dude’s throat.” 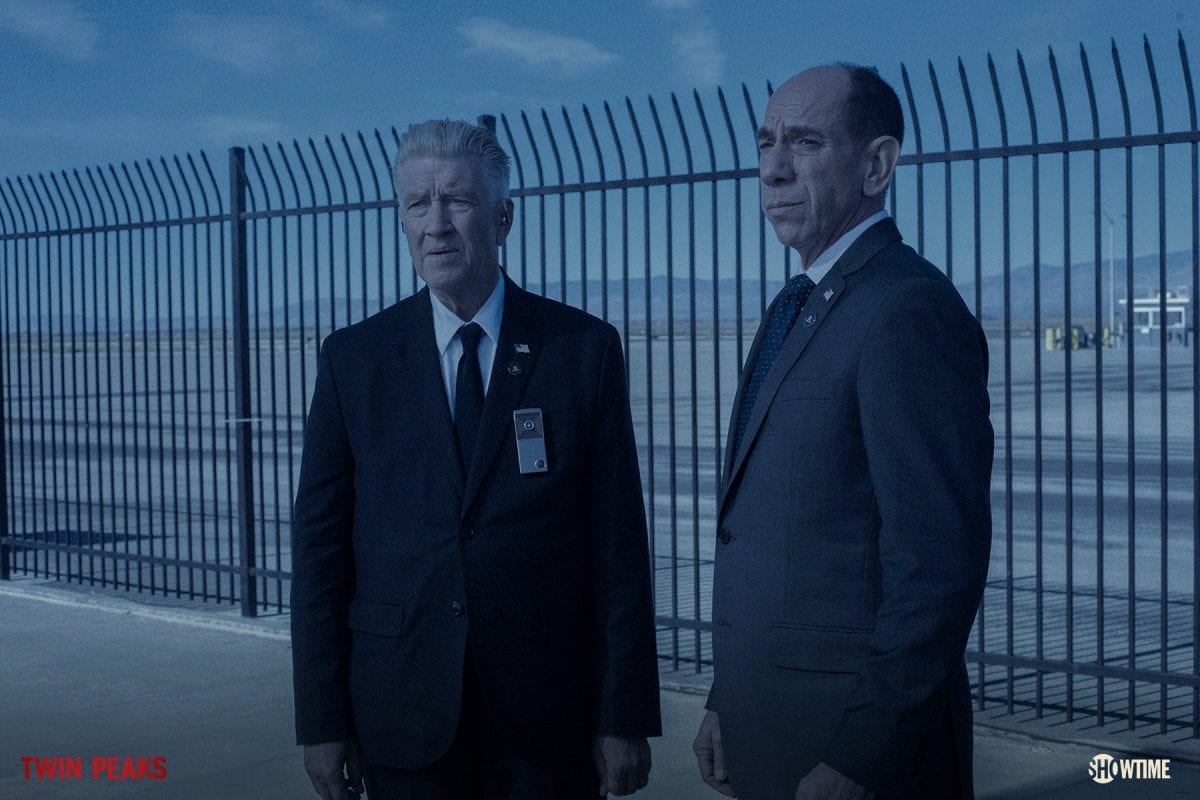 Kaci considers herself an obsessed Twin Peaks fan, and I am not one to doubt her:

“I’m one of those nerds that always throws in a quote or reference into normal conversation…and more often than not, people have no idea what I’m talking about. I even have been known to scrawl, “Fire Walk With Me,” and, “The Owls Are Not What They Seem,” anytime I have access to a chalkboard, dry-erase board, or a dirty window.

I’m also no stranger to themed events or celebrations. My friends and I celebrated my brother’s birthday and the finale of Season 3 by dressing up as various characters from the series and going to the casino, yelling, “HelllOoOOOooo!” every time we used a slot machine (though, Mr. Jackpots’ luck wasn’t on our side that night!).

But the biggest way that I show that obsession is by combining my love of Twin Peaks with food – I’m in the process of building an entire website dedicated solely to Twin Peaks-inspired recipes and crafts.”

Until that Twin Peaks-themed site is complete, you can check out The Homicidal Homemaker on the following platforms: