I recently had the opportunity to speak with Lance Davis who played Chet in ‘Invitation To Love’, the much loved soap opera in the world of Twin Peaks. We discussed how the role first came about and what it was like creating the show. I hope you enjoy the interview!

MH: How did you find out about the role in ‘Invitation To Love’ and what was the casting process like?

LD: Mark Frost’s father, Warren, was a director of mine when I was in grad school at University of Minnesota, The Guthrie Theatre and for years after. Mark was just going to Carnegie at that time. When my wife Mary Chalon, also in Twin Peaks, moved out to LA from New York we reconnected with our great friends Bob Engels & Jill Rogosheske and joined the Minnesota Mafia. Bob Engels was my main contact to the project and he was instrumental in bringing a lot of actors to Mark’s attention. Mark was kind enough to remember me and Peter Goetz, also from U of M and Guthrie, and asked us to be in the ‘Invitation To Love’ cast.

MH: After getting the role, what were you and the other actors told about the context of your scenes?

LD: It was a lot of fun. Mark directed, improvising as we went. I think we shot it all in a day, at least it seemed like that. So we saw our scripts, I don’t think any of us had a full script though, and then started out. No rehearsal except what we did between takes with everyone pitching in and Mark leading the way. We’d all been friends as well as working actors so it was fun.

LD: Ennis House was great. I’d never been there before and we didn’t have a lot of time to explore. It was a little like someone’s rich parents were out of town for the day and we’d taken it over to shoot a movie and had to be out before they came home.

LD: I never saw David, never met him. It was all Mark.

MH: There are a number of restored scenes that sadly have no audio on them, do you remember any of the missing lines?

LD: I barely knew the lines then so I doubt I would know them now. If I saw it I might guess, but I wouldn’t make a bet on myself. It wasn’t Shakespeare, it was ‘Invitation To Love’. 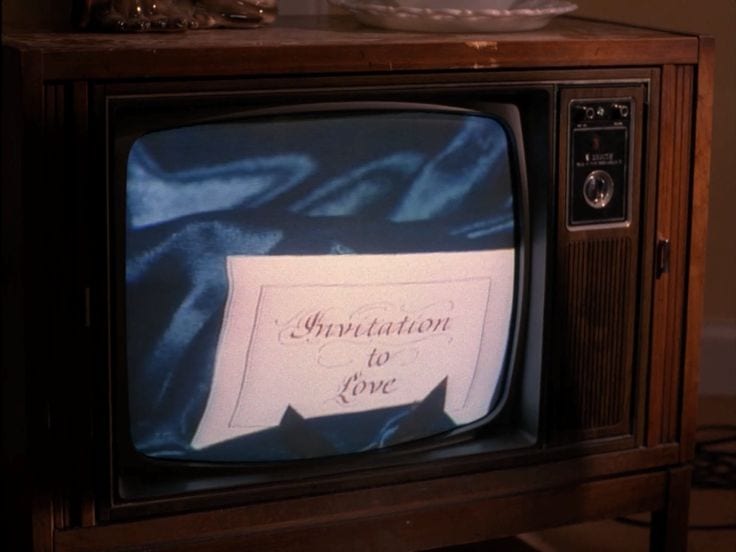 MH: In the script, Emerald’s sister Jade was originally named Melanie, do you know anything about the last minute name change?

LD: I didn’t know about Melanie, she was always Jade by the time I got there.

MH: Did you get to meet any of the Twin Peaks cast or were your scenes shot totally separate from the main show?

LD: ‘Invitation to Love’ was an entirely separate project. It was hinted that it might continue throughout but then that all changed. Of course we knew actors from the main plot, friends like Chris Mulkey, Warren and Kenneth Welsh from The Guthrie. Bob and Mark used a lot of friends which was great. Jill was in it, of course, and my wife Mary Chalon who played a prison board official reading a magazine under the table while deciding a man’s fate.

MH: What were the reasons behind using a fake actor name on the show and why did you use Martin Padley?

LD: This was typical of the day. I was playing Chet. I thought he should have a last name so I asked Mark if it could be Weems, which just seemed so wormy to me. Then later on, too much time between takes, I thought “Well in the credits he can’t be Chet Weems, the actor who plays Chet has to have a name”. So I suggested my wife’s Uncle, Martin Padley, who lives in Wellesley and I thought he would appreciate being immortalized. So I was Lance Davis playing Martin Padley who played Chet Weems.

MH: Of all the scenes that you filmed which was your favourite and why?

LD: My favourite was the gunshot. It was late in the day and they’d set up the shot, everyone scurrying around. We took our places. They handed me the gun. I’d never even seen it before. They lined it all up and then I noticed everyone covering their ears, I thought “That’s strange”. Mark said “Action” and I said the line then shot the gun. It was so loud!! So the reaction of Chet to killing someone was “ow” which I think is perfect. 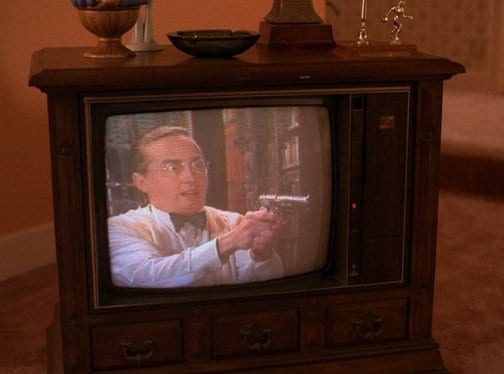 LD: It was just fun, a really good group of people.

MH: Do you ever get recognised by Twin Peaks fans or get asked to represent ‘Invitation To Love’ at any Peaks related events?

LD: No, no and didn’t ever expect to. I think we were one of the first pieces to be shot all at once. Then we heard early on that ‘Invitation to Love’ had been cut. They certainly had a lot on their plates at that point.

MH: In a recent interview, Mark Frost revealed that ‘Invitation To Love’ was still on the air in the world of Twin Peaks. Given the opportunity would you ever reprise your role on the show?

LD: Y’know, I didn’t get a chance to see any of the new show. It was just so long ago that we’ve lost contact with Mark. Bob, Jill and the others are still great friends as Jill’s a mainstay at our Parson’s Nose Theatre in Pasadena. Also, Peter Goetz and I are determined to grab lunch at Duke’s if I can get over to Malibu.

MH: Thanks for taking the time to speak to us at 25YL, do you have any parting words for the fans of ‘Invitation To Love’?

LD: Those who tell the stories rule the world.