Here at 25YLSite, we handle a lot of heavy lifting. Analysis, interpretation, deep discussion, introspective interviews…you name it, we’ve got it. “Favorites” takes a lighter approach to the material we normally cover. Each week, we will take you through a list of favorites—whether it’s moments, scenes, episodes, characters, lines of dialogue, whatever!—in bite-sized articles perfect for your lunch break, a dull commute, or anywhere you need to take a Moment of Zen. So, sit back and enjoy this week’s offering: Martin Hearn’s Favorite Non-returning Twin Peaks characters.

Ok, so this isn’t necessarily a list of just my favorite Twin Peaks characters from the original seasons, it’s more a list of the ones who I thought definitely should have come back for The Return. The original seasons of Twin Peaks were packed full of a lot of memorable and a couple of forgettable characters so it was a big ask to expect them all to return, especially considering that some of the actors and actresses are sadly no longer with us or simply not acting anymore. I was blown away by how many did come back but here are the ones I wished we’d also gotten. 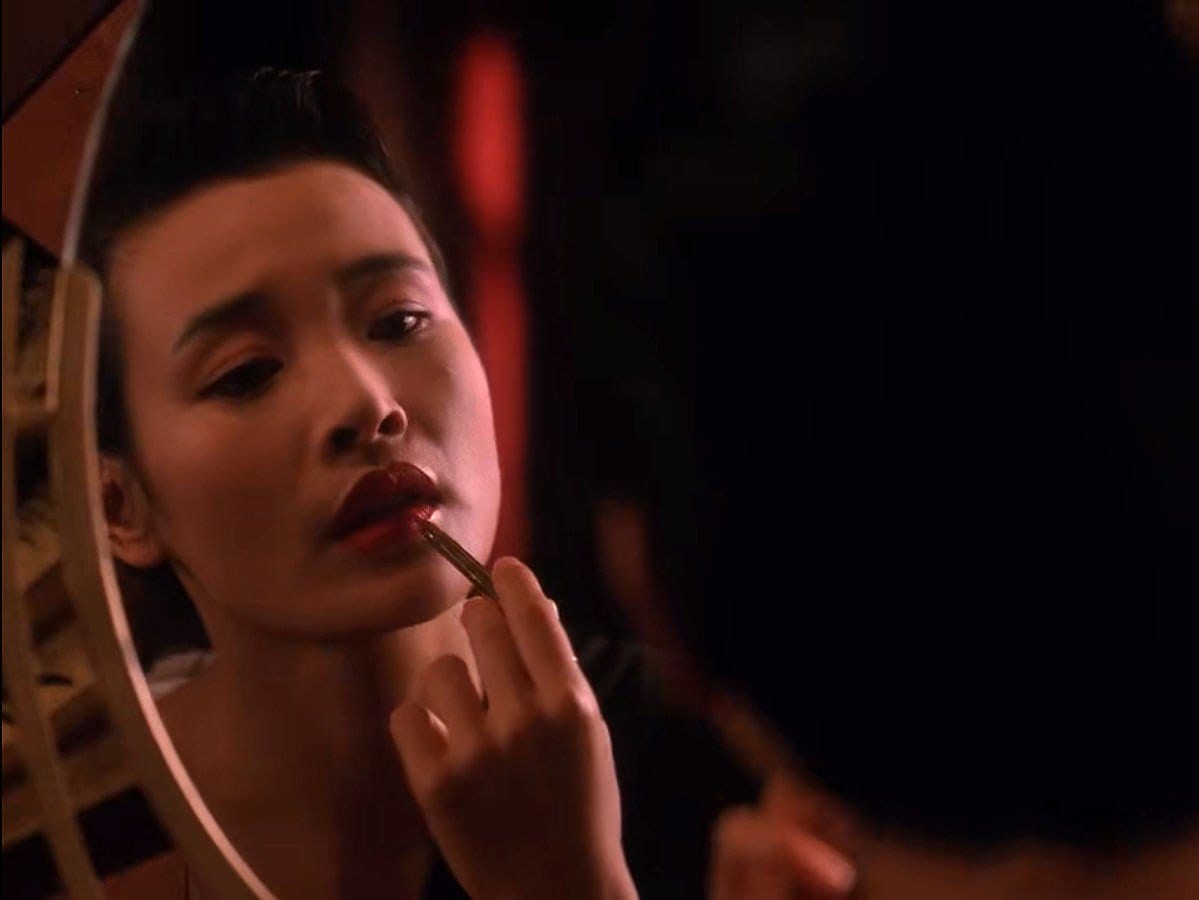 I know I know, Josie is dead and a knob now. But this is Twin Peaks, right? Given how much of a large part she played in the original two seasons and that controversial death scene involving BOB, I was absolutely convinced that we would be given some answers or even see her make an appearance in the Lodge a lot like Leland did. We know that scenes were originally shot of Josie in the Black Lodge, when Cooper is exploring the rooms, but were sadly cut for unknown reasons so there were always ideas floating around that we should see her there. I remember initially thinking that Naido was going to be revealed to be Josie and her eyes had gone because they were trapped in a drawer knob somewhere in the rooms of The Great Northern but sadly it wasn’t to be. 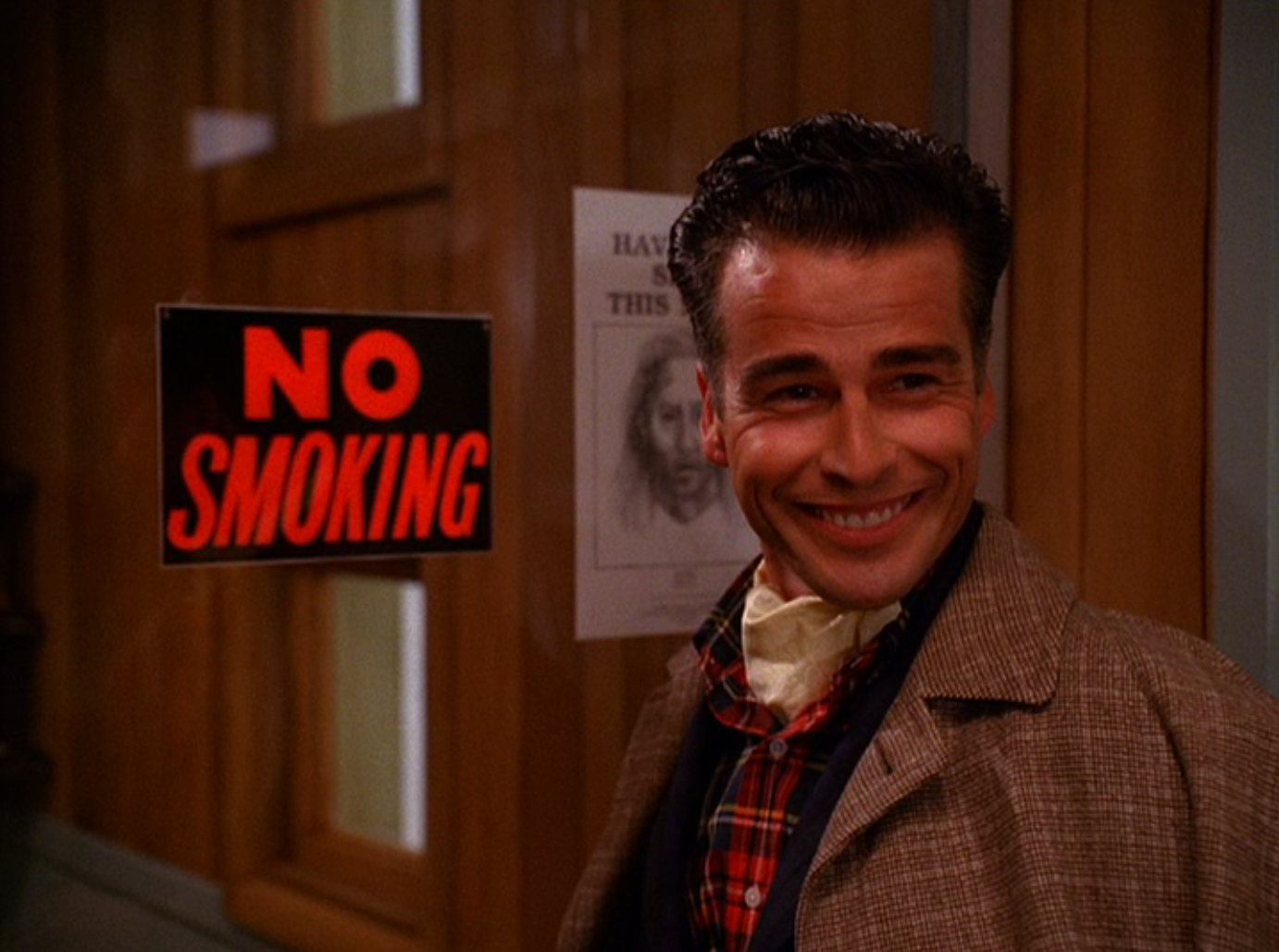 Ian Buchanan, Kimmy Robertson, and Harry Goaz were an absolute joy to watch in the original run of Twin Peaks and brought a lot of hilarity to the show. While Andy and Lucy did bring a lot of humor to The Return it would have been just great to see them have some sort of interaction with Dick, even if it was just them making a call to him to say they’d seen Wally. I know Lucy chose Andy to be Wally’s father but for me personally, I feel like Wally’s questionable dress sense was an ever so subtle hint that Dick was his biological father. We also learned from Mark Frost in one of his Ask Me Anything sessions that Dick now sells Real Estate in Bellingham and once tried to make contact with Wally, but was ignored. There’s only one reason in my eyes why he would try to contact him… 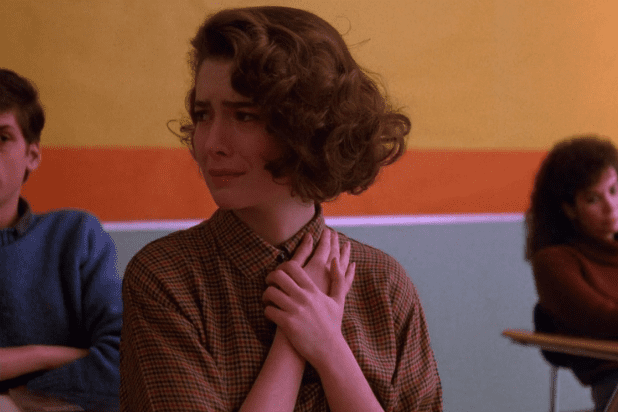 I like the story we get about Donna in The Final Dossier as it feels quite right and I could actually picture Donna living that life in my head but it wasn’t enough for me. I wanted her in The Return so badly (Not that fake Donna, Moira Kelly but the only Donna for me, Lara Flynn Boyle). I know Boyle is more out of the public eye these days so I’d have been happy for her to appear during her father’s Skype call to Frank Truman seeing as though she moved to Middlebury to care and work for him. Donna had also connected to the Lodge in some way through her interactions with the Tremonds which perhaps could have been expanded on more in The Return. Maybe she could have appeared in Audrey’s warped Lodge-style reality especially with them being half-sisters. There was even a report that Boyle had been approached to return but declined so if true this would definitely mean that Lynch has more story in mind for her. 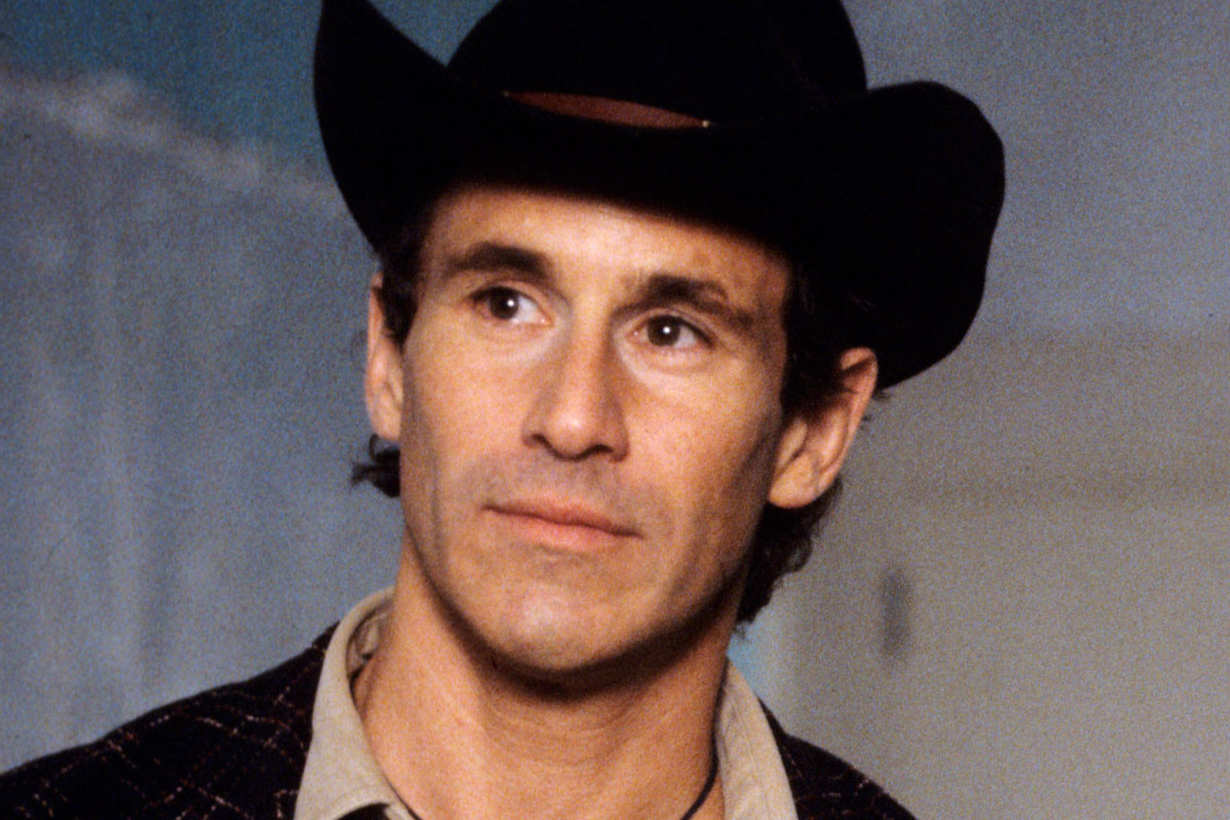 Oh, Harry. I think we were all yearning for that big reunion with him and Cooper but sadly it wasn’t meant to be as Michael Ontkean has been retired since 2011 and so declined to reprise the role. Instead, we were introduced to his brother Frank played by Robert Forster. Don’t get me wrong, I absolutely adore him, but I wanted Harry to be the one to finally be reunited with his best pal Cooper in the showdown at the Sherrif’s station. Interestingly Forster was almost cast as Harry in the original seasons but had to drop out due to other filming commitments so it is a really nice touch that they got him back to be a Truman in another way. I got a lump in my throat when I learned from The Final Dossier that Harry had spent over 20 years investigating the disappearance of Agent Cooper as I feel like it reaffirmed to us just how much he loved him but who knows, maybe one day we’ll get the reunion we’ve all been waiting for. I think that them deciding to keep him alive off-screen, despite his character being ill, offers us another small glimmer of hope that even Lynch wants them reunited on screen again one day. 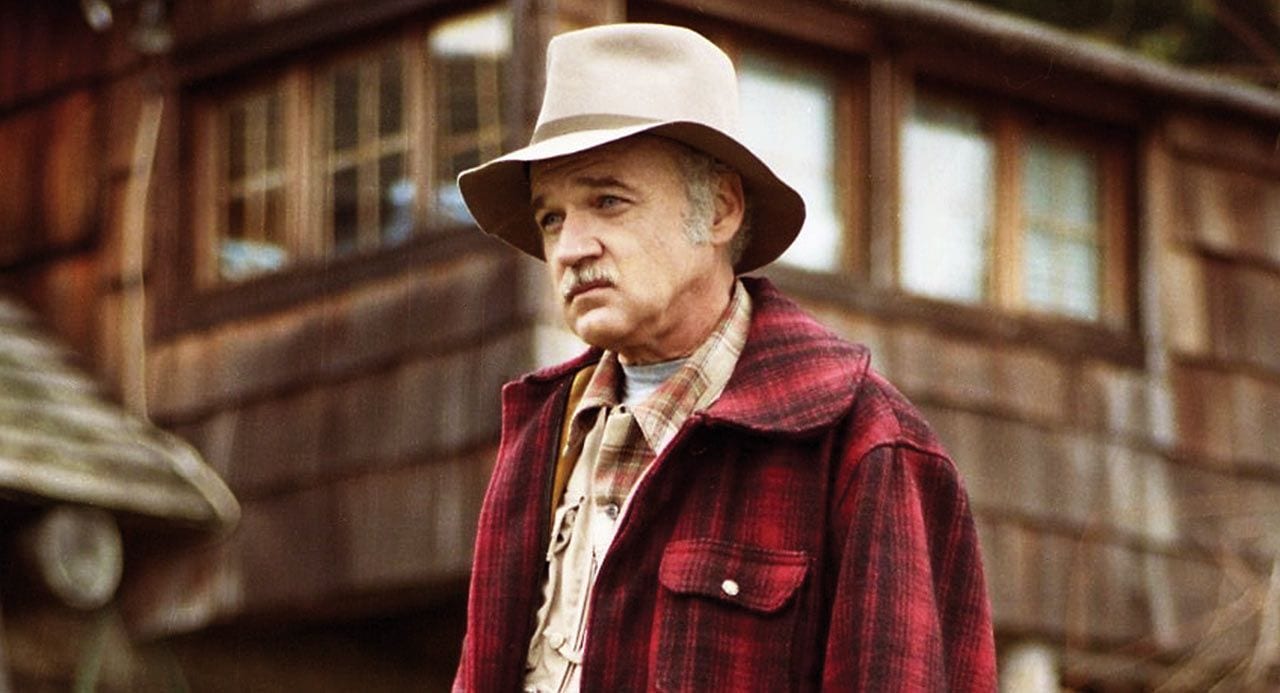 Ok, I know this one would have been really tough considering that Jack Nance is sadly no longer with us but there was something about Pete, something more than we learned of originally. I was quite satisfied to find out that Pete died protecting Audrey in the explosion in the bank vault as it felt so right—of course Pete would die protecting someone he cared about. But then after the release of Lynch’s memoir, Room to Dream, I realized just how much of a big part Pete could have played in The Return.

“I had the green-glove idea from long ago and originally Jack Nance was going to wear it, and that would’ve been a whole different thing” – David Lynch.

Was Pete going to be the one to defeat BOB in the end instead of Freddie Sykes? It would feel quite fitting that he would do that especially as he was the one to originally find Laura’s body; maybe he held on to that anger and upset for all these years. It also makes me think of the Season Two scene in which we see Pete’s hand shaking as that suddenly feels so much more important; was Pete being tested by the Lodge in some way as to whether he was the right person to wear the green glove? I’m not sure how but maybe in some way, from some other reality or timeline, we did get Pete. Jake Wardle does look an awful lot like a young Jack Nance… 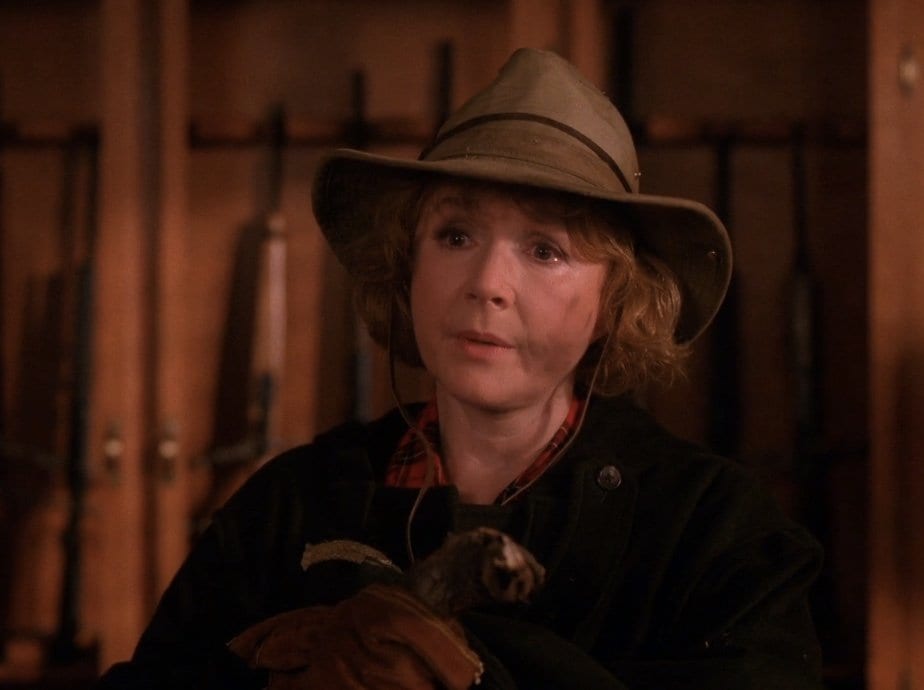 Finally, my absolute favorite character from the original Seasons whom I was devastated to learn would not be coming back: Catherine Martell. Piper Laurie won a Golden Globe for her performance as Catherine which just shows how popular the character once was so I was really shocked (and so was she apparently) that she wouldn’t return. It would be hard to imagine how she would work in the show without the characters she worked so well with originally like Pete and Josie but it would have been amazing to see her character now slightly crazy. We know she became a recluse, selling the sawmill after the deaths of Pete, Josie, and Andrew, so maybe we could have seen her living out in some remote cabin in the woods having conversations with her other personality, Mr. Tojamura. I’ll always want more Catherine but even one single scene would have sufficed even if it was just to acknowledge how big and important the character once was. I feel like Piper was owed this.