‘It’s Official: PAW Patrol Puts Its Twin Peaks Influence On Display’ is now available on Audio, read by author John Bernardy, exclusively for our Patreon supporters. For just $3 a month you will have access to our full library of Audio content, plus three new uploads every week. To sign up visit our Patreon page: https://www.patreon.com/25YL

It’s been loudly rumored since 2017 of intentional similarities between Twin Peaks’ Sonny Jim Jones and PAW Patrol’s Ryder, but even older rumors have been renewed after last Monday’s PAW Patrol: Jungle Gems special event episode. As early as PAW Patrol’s debut in 2013, there have been rumblings of Ryder–the boy in charge of the pups’ rescue missions–being intended to be Dale Cooper as a boy.

In certain ways, of course the protagonists are similar. They are both the main hero of their shows. But it also seems more foundational than that. Both are lawmen but neither are police officers. Both are straight arrows with a strong moral compass. They prove themselves likable to everyone. Their intuition is top notch. They respect anyone they speak to and they are respected highly in return. And they have a full display of perfect courage.

We all know the Dale Cooper of Seasons 1 & 2 of Twin Peaks, but readers here may not have seen the 2017 PAW Patrol Halloween episode. Every single character in Adventure Bay was scared to death of unexplained events on Cap’n Turbot’s pirate-themed costume party on his boat. Everyone, that is, except for Ryder. He was confident of an explainable situation whether he knew the answer or not, and he never belittled anyone for their fears. Total Cooper move.

They even have a best friend in the field who is a Watson to their Holmes. Dale has faithful lawman Harry Truman who has his own strong compass about things. Harry gave Dale a deputy badge when his was suspended by the FBI during an investigation because Harry knew Dale was the “best damn lawman I’ve ever seen.”

Meanwhile in Adventure Bay we have Chase, the German Shepherd pup who drives the police vehicles. Chase so respects Ryder’s leadership he almost lost his nerve when they lost radio contact during the Mighty Pups special event, but did his absolute best hoping the whole time Ryder would be proud of him.

PAW Patrol creator Keith Chapman has never hidden his Twin Peaks fandom, though it doesn’t often surface in the shows that broadcast multiple times daily on Nickelodeon. For copyright purposes, I could see the similarities remaining extremely convenient yet unprovable.

But then there was Jungle Gems.

First of all, we have to talk about the monkeys. Their names are Candy, Mandy, Sandy and Dandy. Sure, they’re not spelled the same as the pink ladies’ Candie, Sandie and Mandie, but can it really be coincidence about the names of the four monkeys? But why four of them? I’ll get back to Dandy later, believe me. Especially with how the episode ends. 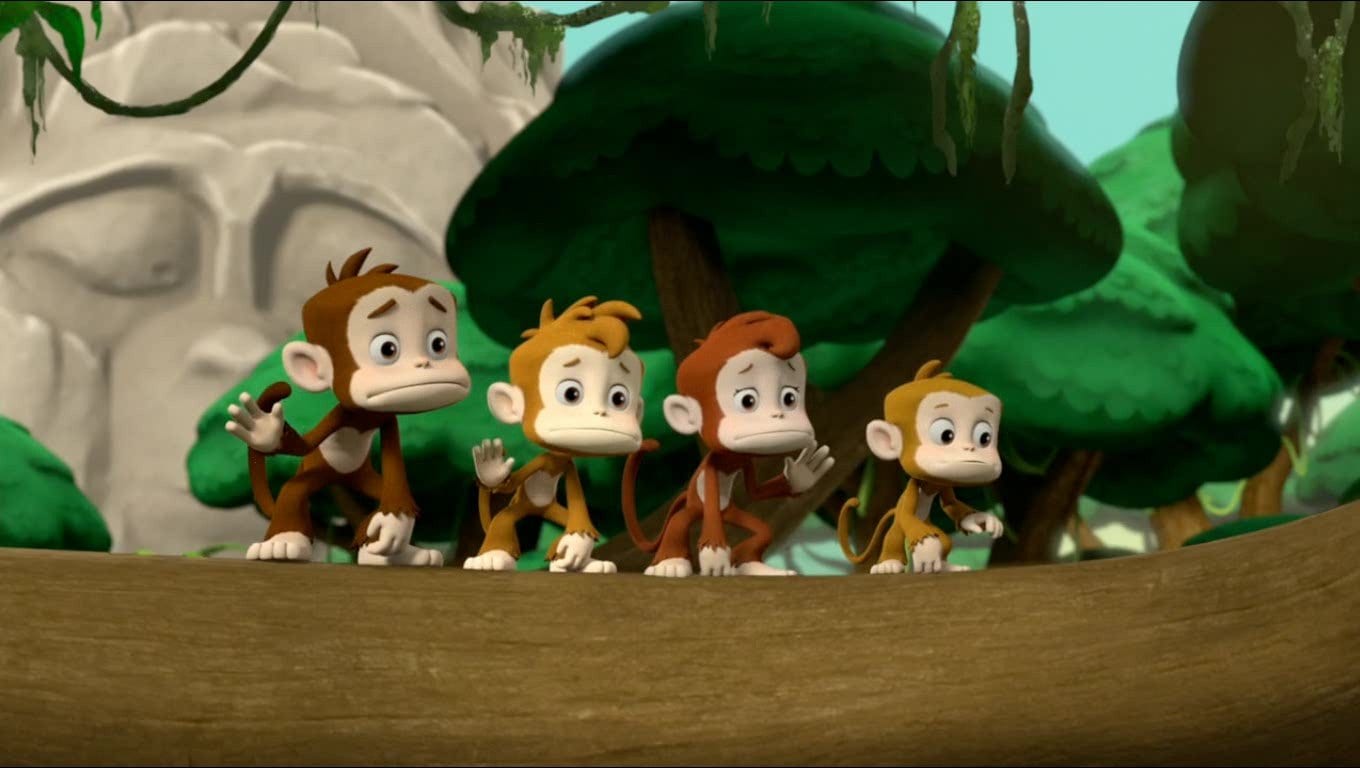 It should have been a tip-off that Carlos and Tracker welcomed Ryder and the pups to Argentina, which they never do. I mean, they come from Adventure Bay. Never once has the show used real world geographic locations.

After meeting the monkeys, I definitely noticed the theme, but it became obvious when Mayor Humdinger of Foggy Bottom—major nemesis of the PAW Patrol—and his kitten catastrophe crew went deep into a nearby cave looking for precious gems. 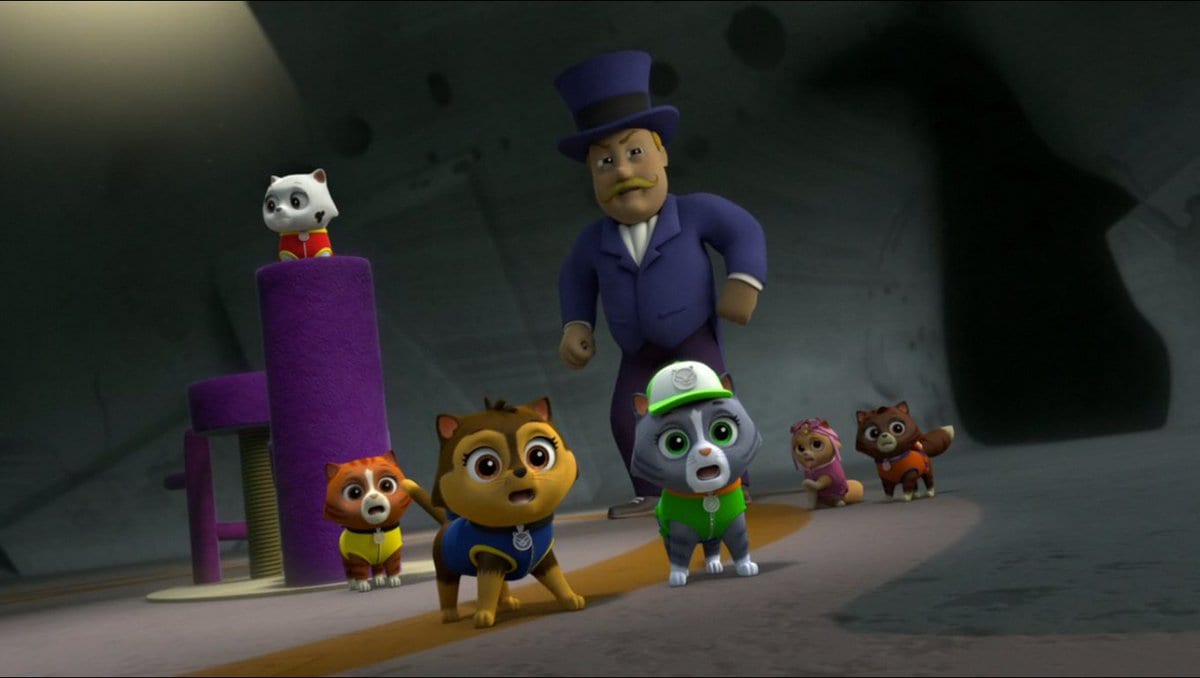 The fact they find a scene mirroring this Twin Peaks Season 3 moment still floors me. So wild they attempted this in a kids’ show. 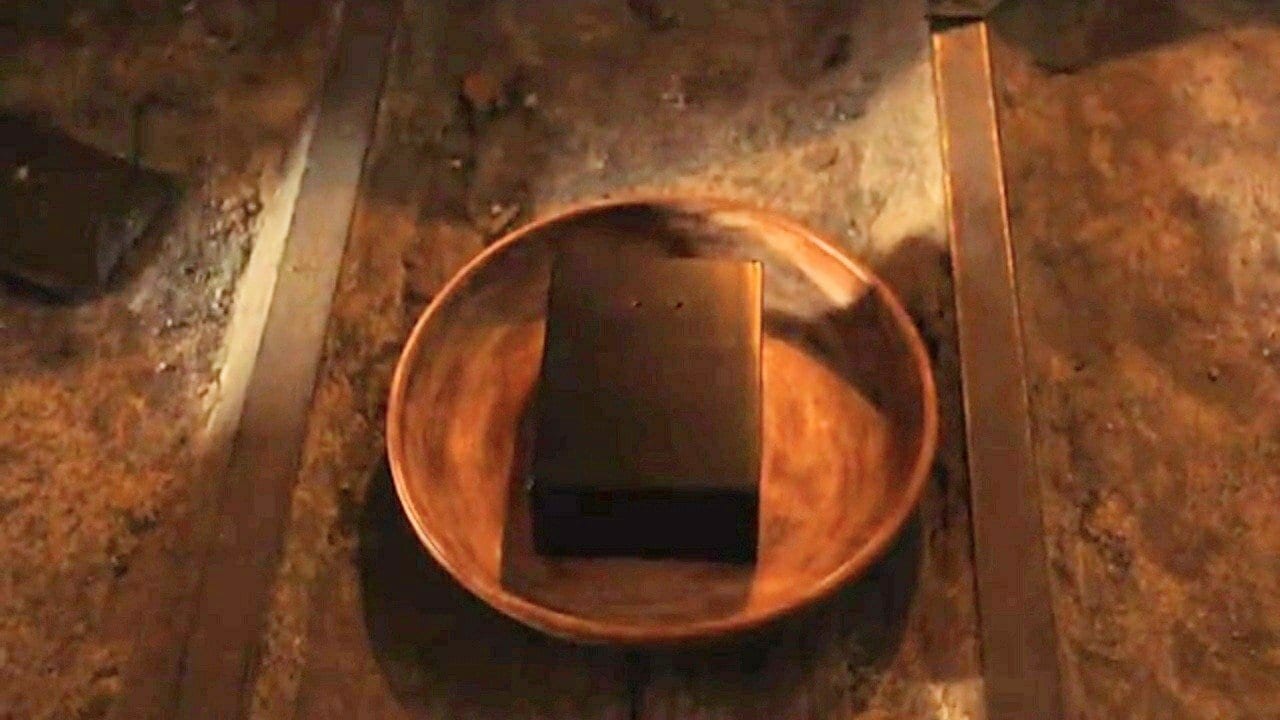 In Jungle Gems this mystical box was massively important to the local tribe, and they were not interested in the kitten catastrophe crew taking it to the ever-interloping Humdinger.

In this show, the pups get it back, but it already turned its platform into an incredibly heavy silver metal and it took Rubble’s digger to lift it when the pups were trying to return it to its sacred ground. 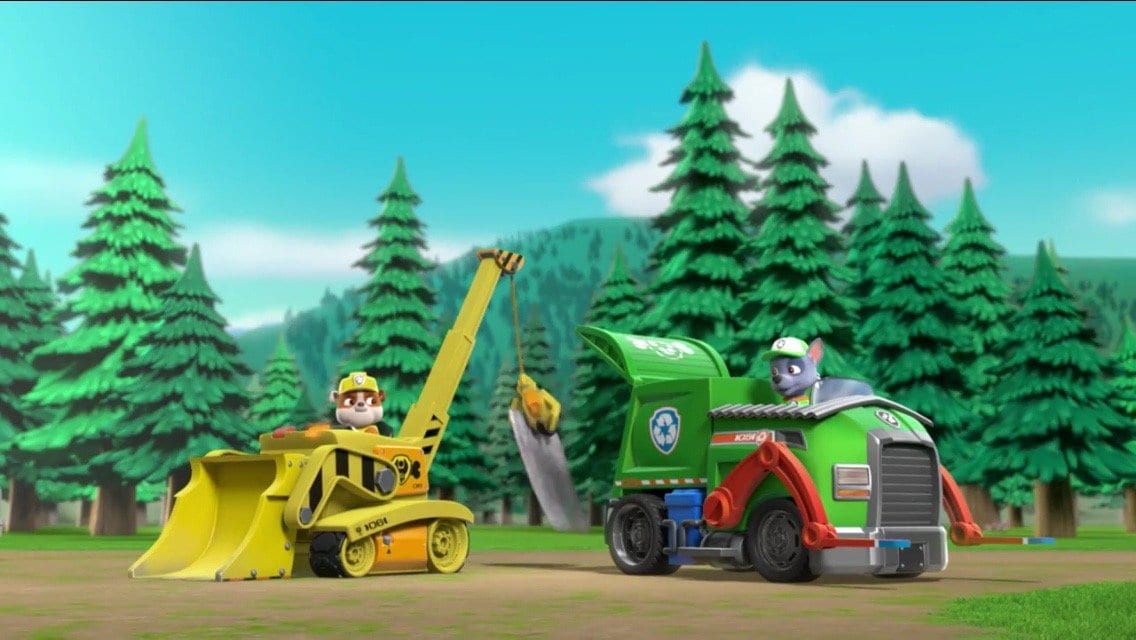 Over the course of the special event, we get:

Humdinger possessed by a supernatural power. 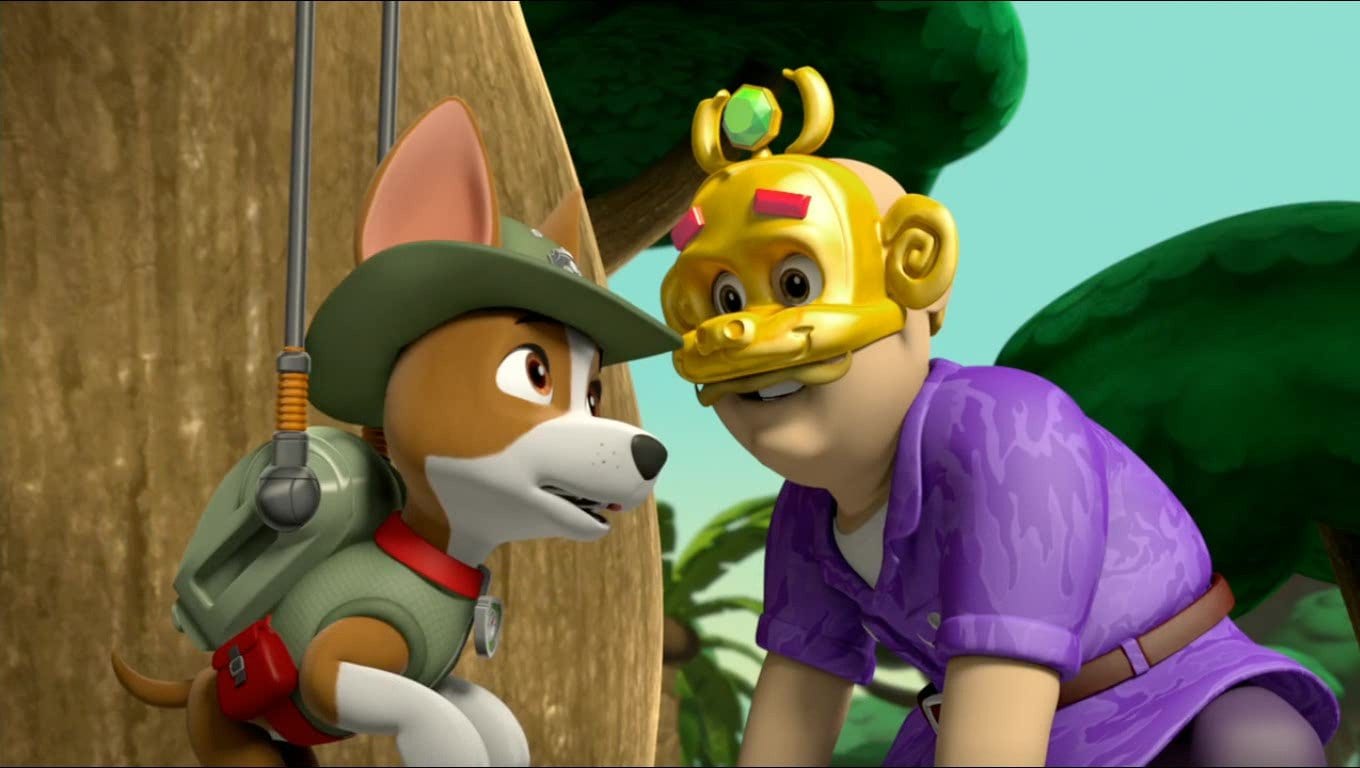 A world of truck drivers.

And Dandy ending the episode talking gibberish in a close up.

I understand it’s cute jabbering to kids, but Dandy sure reminded me of something else for a few seconds. And based on the rest of the episode, who could blame me? 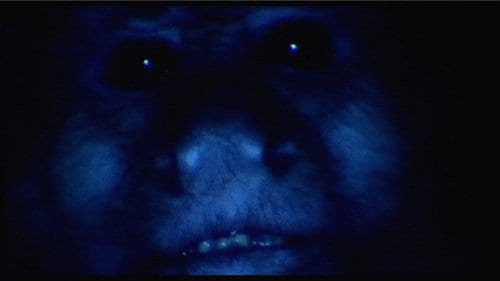 I’m just glad the episode didn’t get as existential as Part 18 of Season 3. It’s nice seeing what could happen if the good guys won and balance is restored. I don’t know exactly who authorized this at Nickelodeon but I applaud their audacity and guts. Looks like Ryder isn’t the only one over there with Cooper-style tendencies. 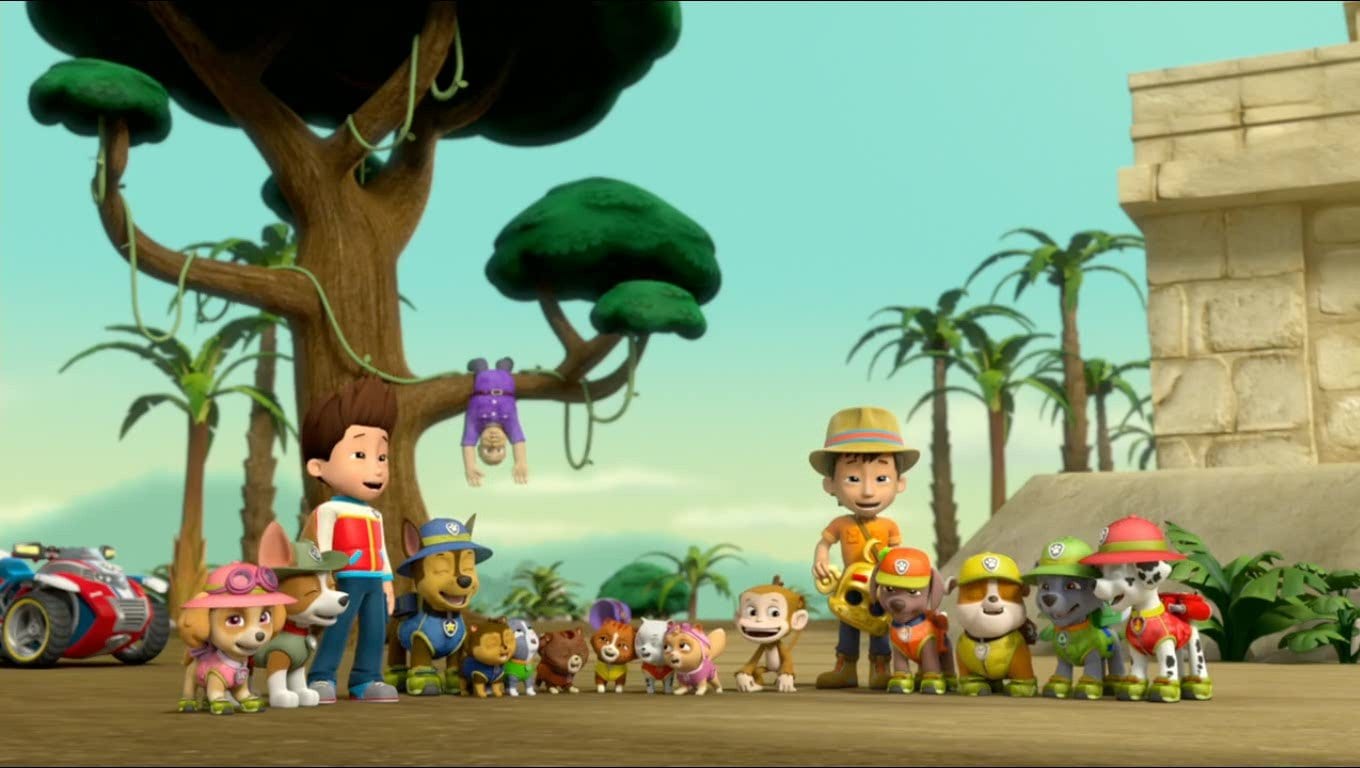 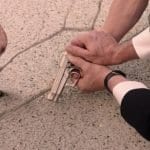