The topic is: What is the true identity of the blackened man (or men) lurking in the Buckhorn Police Department?

Who is this man we first saw sitting in the jail cell next to Bill Hastings? The “Charcoal Man” as he has been dubbed by many in the online community, seemed to rather enjoy the argument between Bill and his wife Phyllis; it was as if he were taking great pleasure from either the human pain and suffering or the fact that there was a death attributed to Mr. Hastings. Just as quickly as we saw him, this literally dirty figure did vanish like some kind of homeless wizard.  In his only other appearance thus far, “Homeless Harry Potter” was walking down the hallway towards the morgue, again in South Dakota, in a scene reminiscent of the pilot when the One Armed Man was seen lurking around the morgue shortly after the body of Laura Palmer arrived.  What is this mystery man’s connection to the crimes in Buckhorn, South Dakota? Is he not only from another place but from another time? Most importantly, who is he? Look no further my friends than to The Secret History of Twin Peaks for your answer. His name is Denver Bob. 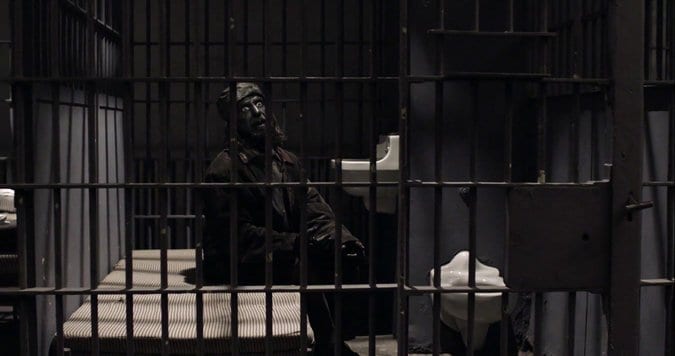 In The Secret History of Twin Peaks we are introduced to a lot of possible origin stories for some of our favorite mythological elements of the show. While I believe one of the points Mark Frost was trying to make in his book was that Twin Peaks and everything we found to be unique about it had been around since the beginning of time, this book is as close as we’re going to get to a true origin story. One of the most famous locations from the second season of the show was a place called Owl Cave and The Secret History of Twin Peaks gave us a glimpse of that location in the 1800’s, through the story of two men: Wayne Chance and “Denver” Bob Hobbes. The two prospectors found the cave with the help of a strange map – a map that was given to them by natives in their quest to find gold. What they found instead were scarecrows and platforms with dead bodies– “graves or some religious shit” as Denver Bob was quoted as saying in Wayne’s journal that was later discovered near the entrance of Owl Cave. Denver Bob would vanish soon after, leading to speculation that he had indeed been brought into the Lodge.

While we don’t exactly know what happened to Denver Bob, we can use some simple math here. Disappears near Owl Cave and outside of the cave is a ritualistic setup complete with dead bodies? Yeah, the inhabitants of the Lodge (whoever they were in the late 1800’s) were hard at work decorating and if you got past their creepy entrance, you were getting pulled in. A lot of people want to jump to the conclusion that Denver Bob became the Bob we know (the one that crawls over couches and catches people with death bags) but to me that’s not a connection I’m ready to make. In Twin Peaks, there are multiple examples of characters sharing the same name.  To connect Denver Bob and Bob because of name only is lazy theorizing. I’m of the opinion that the man who was once searching for gold is now bouncing around time searching for garmonbozia, currently in South Dakota. 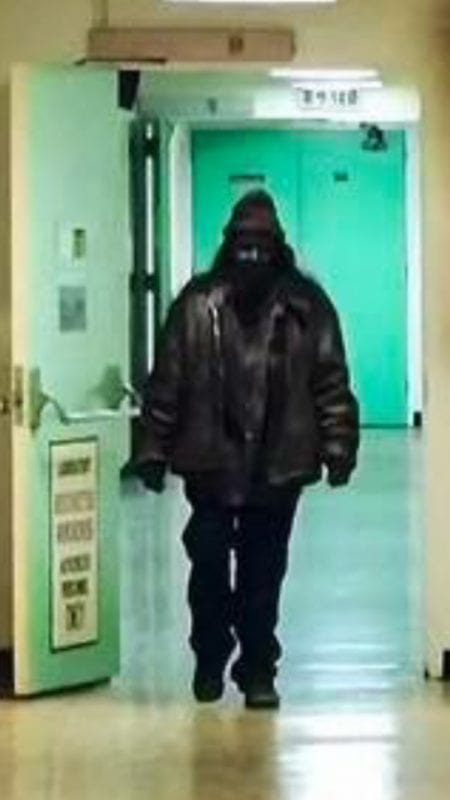 Denver Bob, the gold miner, would have a rather dirty, sooty look and would be dressed for the working conditions in clothing appropriate for the late 1800’s. That sounds like a pretty good match for “Charcoal Man”. His two appearances in The Return have indicated an interest in pain and suffering, which makes him a good match for a Lodge dweller – which was perhaps Denver Bob’s final destination. My closing point in my case for calling “Charcoal Man” and Denver Bob one and the same is this: The Secret History of Twin Peaks has not lead us astray one bit so far. The book positioned Denver Bob as a mysterious figure, designed to leave us wondering what his fate was and if we would see him again. The Return has given us many mysteries but only one where we are guessing the identity of a mysterious, supernatural figure that looks like he stepped out of a gold mine in the 1800’s. The simplest explanation as to this man’s identity lay right before us in the book. Now the question is: What does Denver Bob want and can he be stopped?

You know that Charcoal Mystery Man? He’s history, man. Just not old-as-Denver-Bob history. We’re looking more to the mid-1980s for where I think he came from. And I think this guy’s the late husband of our beloved Log Lady, Margaret Lanterman.

Per The Secret History of Twin Peaks, Margaret married a man by the name of Samson Lanterman. 6 foot, 5 inches. 240 pounds. Built like a brick. He lived in their self-built cabin up Blue Pine Mountain. Most importantly, immediately following their wedding ceremony he went to fight a fire. And he fought that fire until he came across “a savage gust of wind, an inferno, a funnel cloud of fire that rose up and swept Sam off a ridge into a burning ravine” (per Robert Jacoby’s account). His body was recovered two days later and was buried behind their cabin. The account leaves zero mention of the state of his body but I have no doubt both he and his clothing would’ve been severely charred and scorched, thus appearing not unlike the charcoal gentleman lumbering down the hall of the Buckhorn, South Dakota morgue. 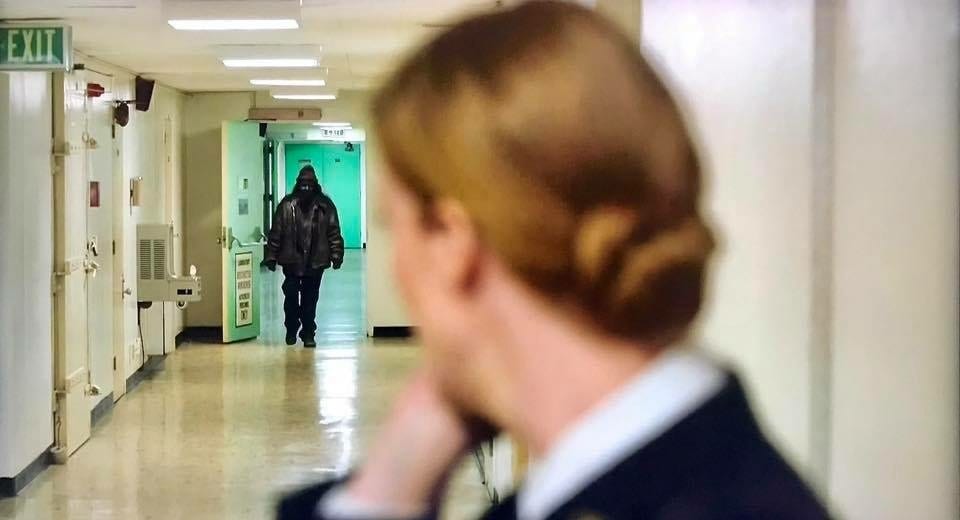 With the distance of the camera from the man being consistently what it was, and with no characters near enough to him to make a solid frame of reference, it’s hard to tell just how tall the charcoal man was, but he could’ve easily been a tall man. Similarly, it’s hard to tell just how stocky he was, even if based only on his clothing choices, but I could believe him being the sturdy gent that captured Margaret’s affections.

But what about the popular fan theory, you ask? The one where Lanterman’s spirit is contained in the log? First thing I’ll say to that is, “is it? Is this provably fact?” Second thing I’ll bring up is the other popular theory about the lodge denizens above the convenience store, the one where the woodsman in the corner played by Jurgen Prochnow was actually Margaret’s husband. Even if his spirit was still in the log, it looks like he could be there with the other denizens too. After all, it’s not impossible for two disparate ideas to coexist.

It’s also possible that everyone who goes into the lodge (however they go about getting there) has a doppelgänger, and that means our woodsman could just as easily be Samson Lanterman’s doppelgänger. I would not be shocked if, like the fire that literally reached out to kill him, he sweeps into places like Buckhorn as a harbinger for lodge-related acts, in a witness role more similar to the Tremonds than an active player such as the Giant or Bob.

I realize I’m regularly calling the charcoal man Woodsman, but I assure you there’s a good reason: one of the Afterbuzz Twin Peaks After Show hosts (I believe it’s Lisa) worked as a stand-in for The Return and she made a slight mention that the character was referred to as the Woodsman. I suppose it could be subterfuge, but things would line up rather well if it’s true, wouldn’t they? 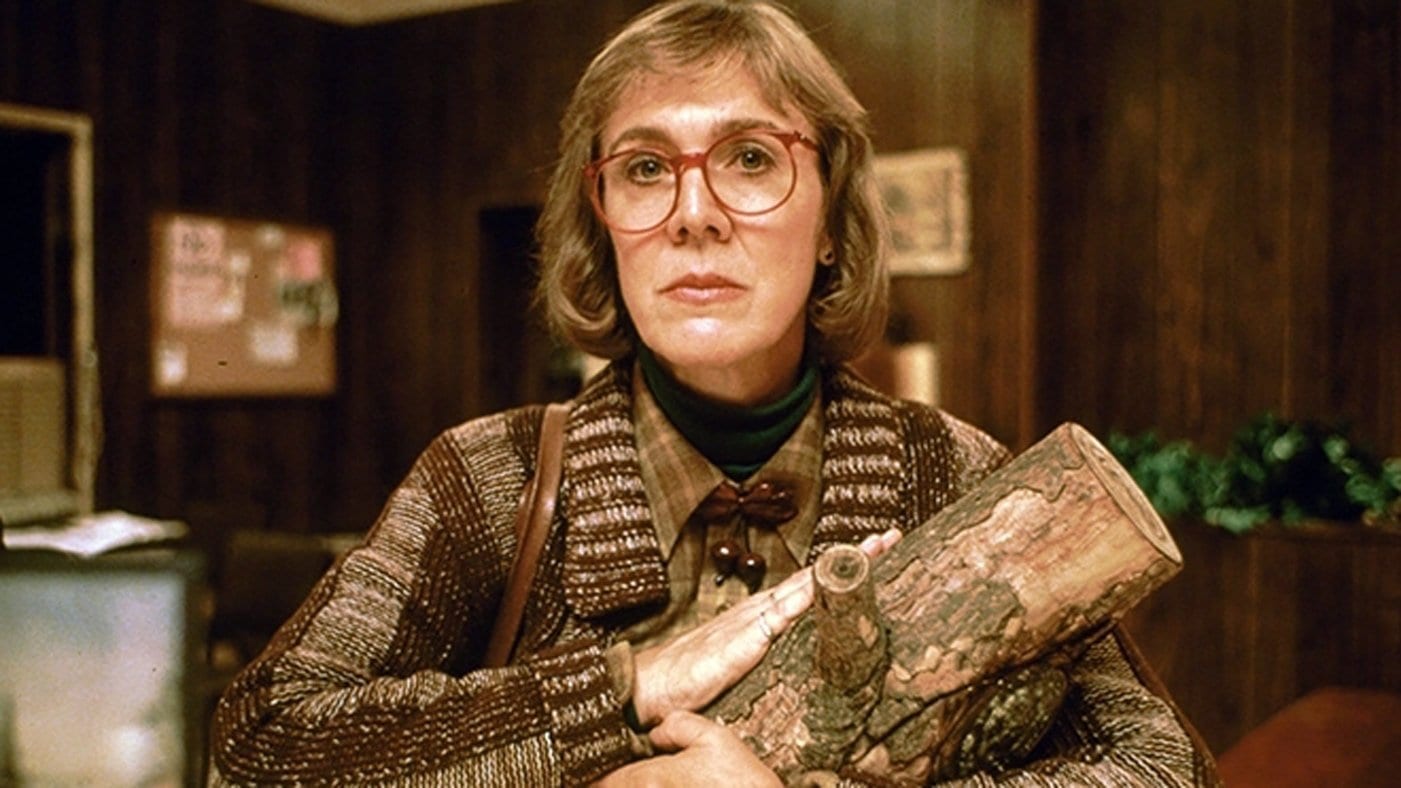 Even if I get his role completely wrong, I still think there’s a ton of relevance if this were Margaret’s husband. As this series is her big send-off, it would stand to reason she may be reunited with her husband at the end of her journey. Because if anybody in Twin Peaks was going to get a definitively happy ending, it should be Margaret.

Follow this link  for more about The Secret History of Twin Peaks.