If The Return has taught us one thing, it is that viewers’ expectations and predictions are little more than play-dough to Lynch and Frost – material to be warped, inverted, exaggerated, mutated and flat-out ignored. I’m not complaining. The effect this has on the series is alchemical – giving us the solid gold television event we needed rather than the leaden fan service we thought we wanted. But as I wait for the last double-bill finale of this dazzling season, I will venture a prediction – despite knowing that I will likely be wildly wrong on almost every detail.

My prophetic theory is based on an idea that has been germinating as I watched The Return and pondered the original seasons of Twin Peaks. I’m certain it’s not an original observation. Now that it has occurred to me, it seems entirely obvious. What I’ve realised is this: many of the supernatural intrusions in the show are manifestations or surrealist expressions of the characters’ internal psychological states. It is like the inner worlds of the townsfolk burst through into their outer reality – expressed through super powers, visions, spirits and demons. This should come as no surprise, really. It is a trope that has been key to Lynch’s work since his first feature film, Eraserhead. The strange, unsettling locations, rooms, objects and characters which populate that film all act as expressions of the fearful mental and emotional landscape of the film’s protagonist – the shock-haired Henry. 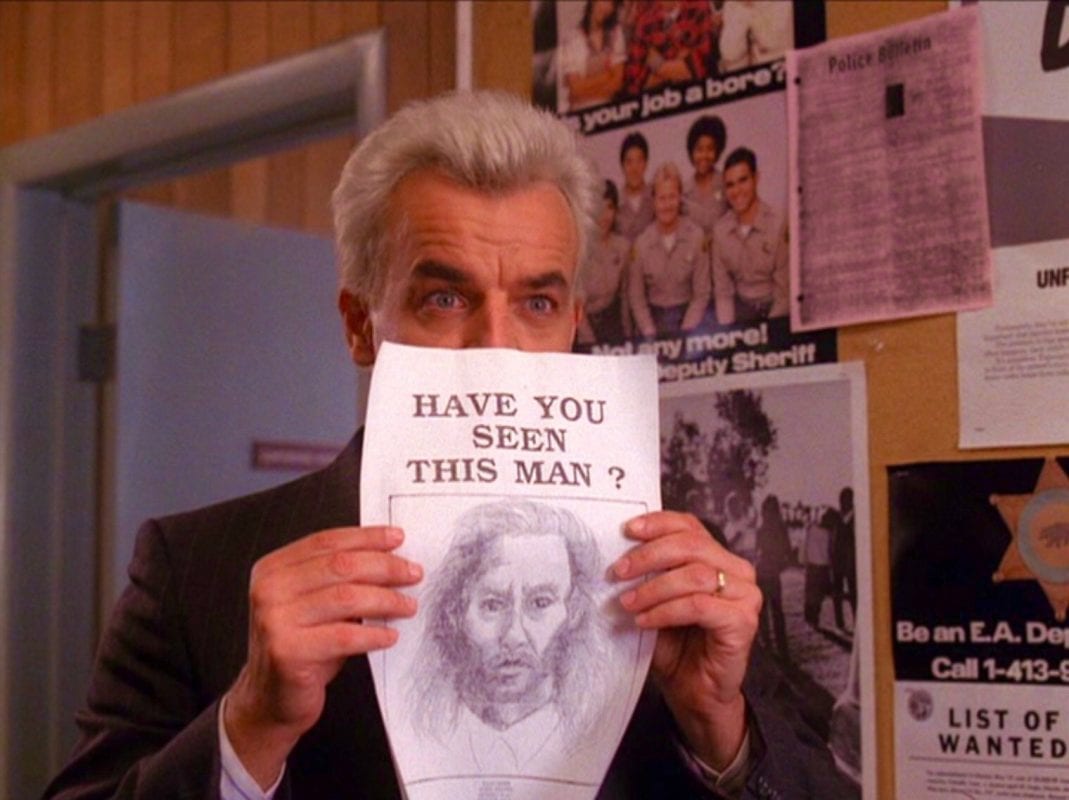 Similarly, in Twin Peaks, killer BOB acts as a manifestation of – and a metaphor for – the vicious cycle of abuse. Leland Palmer, we must assume, was abused as a boy. Seeing the ‘Wanted’ poster sketch of BOB, he recognises him as a figure from his own childhood, a man flicking matches and whispering threats. Later, when Leland perpetuates the cycle of abuse upon his own daughter Laura, he metaphorically becomes the man who harmed him. But in the mystical world of Twin Peaks this is expressed as a more literal transformation into his own abuser – through a form of demonic possession. In keeping with the real-world pattern of abuse victims later becoming abusers themselves, we also see BOB attempting to possess Laura’s soul and body in Fire Walk With Me – until she takes the Owl Cave ring, apparently forcing an end to the repetitious cycle through her own demise. 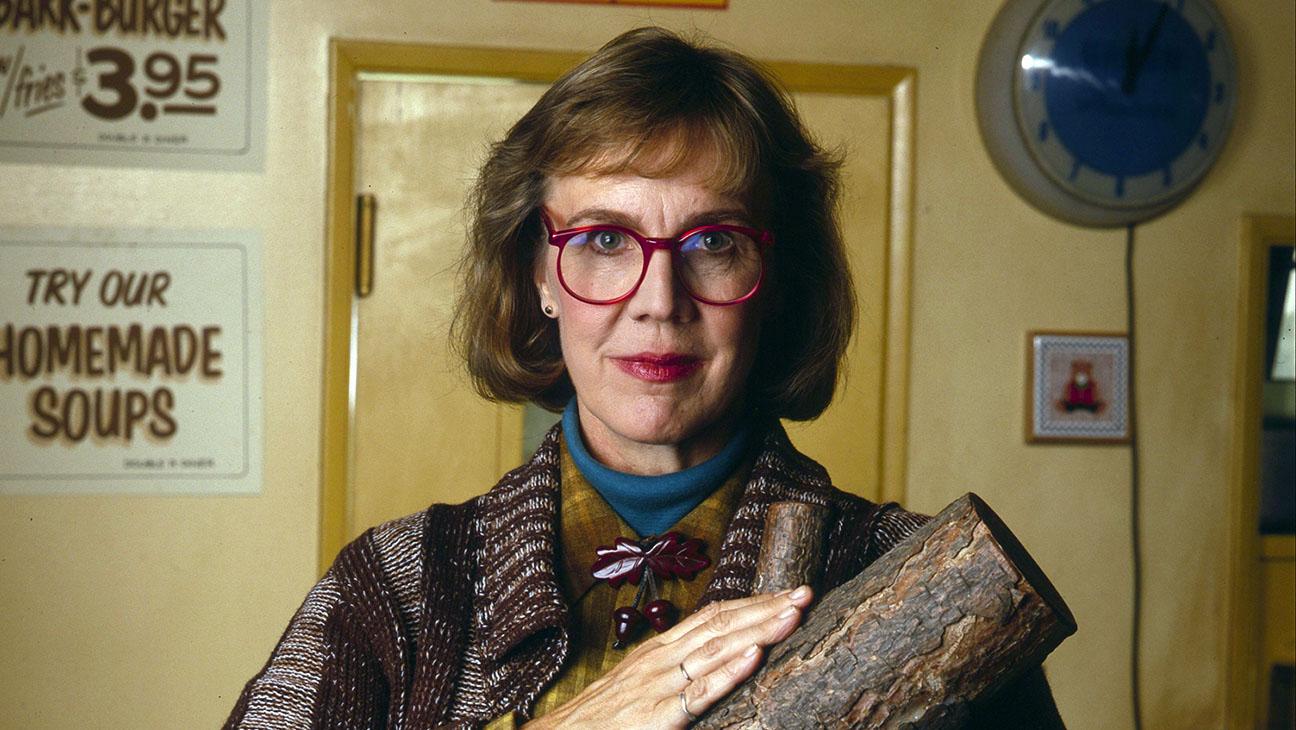 We see these external manifestations of internal states around other characters too. Margaret Lanterman is a woman stricken with grief at the premature loss of her husband in a fire. She carries a log with her at all times and hears it speak to her, as though she has replaced the support and companionship of her late partner with an inanimate object. On the one hand, we can see this as a profound and poignant exploration of the “fear in letting go” and a failure to accept the death of a loved-one. But on the other, through the magical lens of the show, it becomes a weird phenomenon – the log is a genuine link to the ether and the Log Lady becomes a medium, channeling wisdom from the other side. 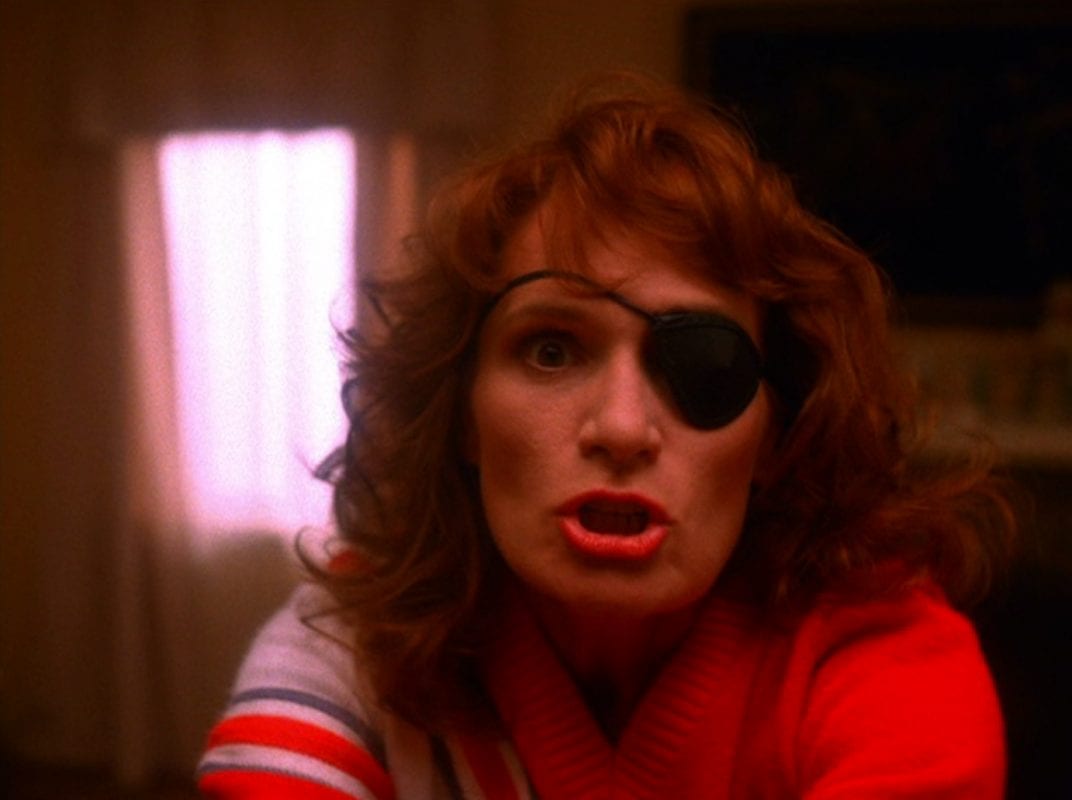 Similarly, Nadine Hurley’s state of denial about her husband, Big Ed’s infidelity is manifested in a mental withdrawal, first into an unhinged obsession with drape runners and later – following a failed suicide attempt – into an immersive fantasy that she is back in high school, before the painful betrayal took place. And because this is Twin Peaks, Nadine’s regression is accompanied by an uncanny element as she develops an almost uncontrollable super strength, presumably representing the force of the suppressed emotions she will not allow herself to feel.

So we see that psychological and emotional states in Twin Peaks often manifest themselves as supernatural phenomena. And this brings us to Sarah Palmer. As the mother of Laura and wife of Leland, she has watched her world torn apart. Her home is ground-zero for the psychological trauma that is still reverberating through the town a quarter of a century later. First there was the loss of her daughter – a tragedy no parent should ever have to endure. Then there was the explosive realisation that her own husband – a man she loved and trusted – had not only murdered their child, but also subjected her to years of sexual abuse. 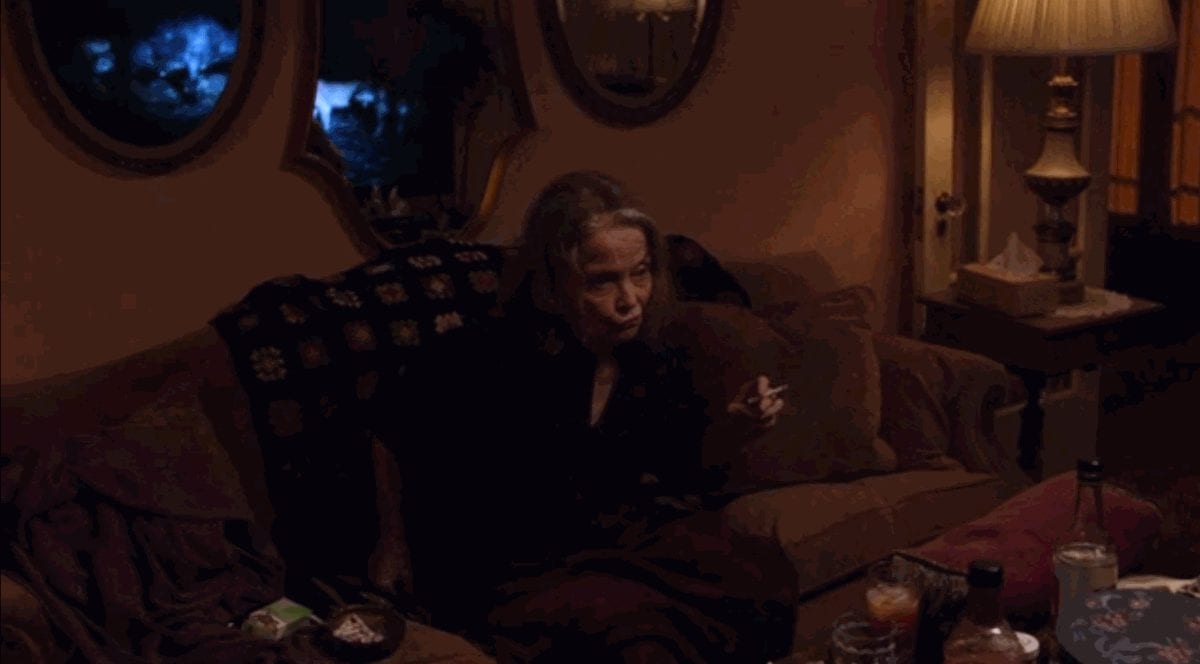 Imagine Sarah’s internal world. These events caused an atomic blast of horror and trauma. Afterwards came the fallout and residual radiation of questions, uncertainty and guilt. Everything she sees will remind her of Laura or Leland. Sarah must wonder how she missed the signs of abuse, or if on some level perhaps she knew but couldn’t bring herself to face the truth. And if she did suspect – why didn’t she stop it while she had a chance? In her mind she is complicit in everything that happened. She feels intense, overwhelming culpability. She failed her daughter. She enabled her husband. Is she just as guilty as he was? Did she also kill Laura? All men must now seem deceivers and threats. Even the well-meaning, sympathetic looks on the townspeople’s faces become painful reminders of the horrors she has endured. Little wonder then, that she has turned to losing herself in drink to escape the dark ruminations of her own mind.

Sarah Palmer’s psychological landscape is a post-apocalyptic waste of twisted, jagged emotional wreckage. And in The Return, we see how that inner world has manifested externally in supernatural horrors. Her house – full of reminders of that terrible time – seems haunted by a strange presence audible when Hawk visits her door. Her television loops unnaturally in an echo of the destructive cycle of alcohol addiction. She suffers episodes of extreme distress at the slightest provocation – as she did at the store when terrible visions and prophetic utterances overtook her. And in the unforgettable and terrifying bar-room scene, when Sarah took her face off to reveal the inky black horrors within, this supernatural image allowed us to literally see how dark and tumultuous her interior has become. The violent way she dispatched the predatory male trucker – who symbolises everything that is wrong in her world – is a gory, horror movie expression of her raging psyche.

The shot of Sarah Palmer removing her face forms half of a classic Lynchian duality, echoing a scene much earlier in the series when Laura Palmer removed her own face. But while the mother’s unveiling revealed darkness and horror, the daughter was filled with a serene, pure light. It is this opposition, this mirroring inversion, which leads to my prediction. 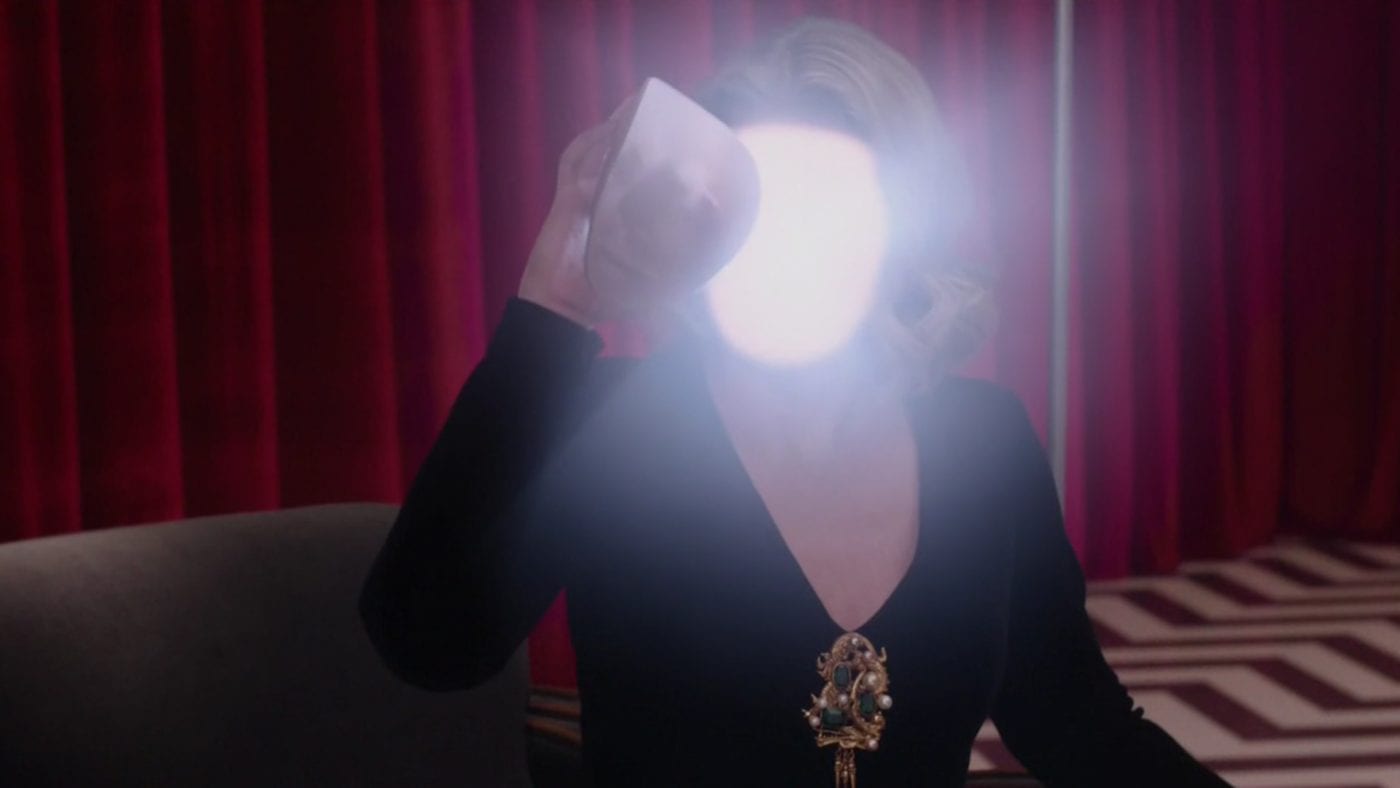 I believe Laura Palmer will heal her mother before the last two hours of The Return are over. Now, given that this is a David Lynch joint, I fully expect the healing to take place in a symbolic, surreal, dreamlike manner. But in plot terms it feels right. Stepping away from the supernatural side of the show, let’s consider what it would take for Sarah Palmer to move on from her horror, guilt and loss. Surely, if she could understand her daughter was now at peace, felt no malice and did not blame her for what happened, she could begin to forgive herself, to heal and to exorcise her metaphorical demons. I believe this is exactly the sort of process Dr Lawrence Jacoby would attempt to lead Sarah though, if he were still practising.

And so, that is what I think we will see in the finale. Laura will bathe her mother in a healing glow of loving forgiveness and the darkness – the literal demons of the Black Lodge – will finally leave her be. After 25 years of uncontrollable, destructive, relentless grief, Sarah Palmer will be able to return to her life and move on. At the same time as I’m making this prediction, I recognise that I will be, almost certainly, completely wrong about everything. It’s equally likely that we will spend the entirety of the remaining two hours watching Dick Tremayne wrestling a pine weasel from his face in extreme slow motion – accompanied by the sound of ominous whooshing. And do you know what? That would be totally fine too. 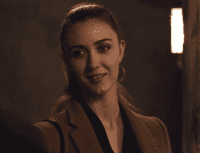