It doesn’t seem possible, but a little over one year ago (has it been a year already?) we were waiting with bated breath for the release of the first piece of substantially new Twin Peaks material in a quarter century (The Missing Pieces notwithstanding—those scenes were scripted and filmed and their existence known about for almost all of those intervening years.) Back then, we were still awaiting the first details of The Return; now, we’re two months out from the end of the series, and in a decidedly different place as a fan community.

Last October’s The Secret History of Twin Peaks (TSHoTP) was a nearly 400-page behemoth filled with more questions than answers, and while it thrilled a significant subset of the Twin Peaks fan base (25YL’s very own John Bernardy chief among them), it seems to have frustrated just as many with its meandering Doug Milford plot line, aliens and the occult, and significant inconsistencies to several prominent Twin Peaks citizens’ back stories. It also didn’t even whisper against the most pressing questions we all had about the people whose lives we had left so unceremoniously back in 1991. What happened to Norma and Ed and Nadine? What about in the aftermath of the bank explosion or with Ben Horne and Will Hayward? How is Annie?!

Today’s release of Twin Peaks: The Final Dossier has the potential to satisfy even the most disillusioned Twin Peaks fan left hardened by TSHoTP or the warbling end of the third season. The Final Dossier seems to be what most people expected from TSHoTP before it was released (back when it was tentatively known as The Secret Lives Of Twin Peaks.) It is a little over half the length of its predecessor and attempts to chart a throughline narrative for the intervening twenty-five years (and a wee bit beyond…), chronicling the goings-on in the lives of the principals we’d come to know and love. It feels, to put it in the words of my colleague Rob E. King, “like it brings the soap opera back, like I’m reading trashy town gossip columns.” I couldn’t agree more and, personally speaking, I’m 100% here for it.

That said, those among us only interested in definitive closure to the events shown to us in this summer’s limited series event will be largely disappointed by The Final Dossier. This is not a book that wants to tie everything up with a neat little bow (something for which yours truly is very grateful, but which will annoy many other discerning readers nonetheless.) Nor will you be happy if you wanted the mystery deepened considerably. The Final Dossier sits neatly in between a number of extremes, not satisfied to be wholly any one thing and thus managing to be a lot of everything in the process: at times a traditional novel and at others a found-document, a comedy and a thriller, supernatural and earth-bound, an ending and a beginning. The Final Dossier excels at balancing the need we have to uncover the missing pieces while still keeping the mystery alive.

The plot progresses neatly and linearly from the finale of the series through the various character histories until we arrive at the present day (September 6, 2017 to be precise.) There aren’t many twists (but the ones that are revealed are doozies!) and the stories within interlock together in such a way that the overarching frame narrative — Tamara Preston’s task of putting together a “final dossier” on the people of Twin Peaks to satisfy her “Chief” Gordon Cole’s curiosity for the town he grew to love so much — builds to a satisfying and startling conclusion that absolutely leaves the door open for more should Lynch/Frost choose to venture down that path, but which also has a kind of wistful “end” should this be the last we get in the world of Twin Peaks.

We do hear from a few key players, in their “own words”, through collected reports and letters as well as the remembrances of people who relayed the information to Tammy in the course of her investigation. Mostly, though, this is the Tamara Preston show, and while she is less sassy that she was in TSHoTP — no snide side-remarks and footnotes in this puppy — she is still a lovely guide through this world. It’s delightful to hear the entire thing voiced by Annie Wersching on the audiobook, which clocks in at just under 3 hours in length for those of you who are curious. If there’s a reason why Chrysta Bell didn’t voice Tammy in the book, I haven’t heard it, but all the same I’m glad that Wersching loaned her talents out once again; I really like her.

While a far cry from the epistolary beauty of TSHoTP — there are far fewer found documents included, as the book takes the form of a compilation of separate files detailing the various families and individuals Tammy was tasked with reporting on, and so the words are all hers with few exceptions (as mentioned above) — in my opinion The Final Dossier is a wonderful way to say farewell to Twin Peaks and an equally wonderful way to invite more if that’s what the creators so choose. Do you want more Twin Peaks? It’s there for you to imagine. Do you hope for this to be the end? That’s equally valid, and supported by the text. Maybe it’s not the most satisfying of conclusions, but it’s a conclusion, make of it what you will.

Of course the book won’t completely satisfy everyone; it may even invite criticism of some kind or another from many, though I hope it’s not of the same kind that befell TSHoTP last year. But, in my opinion, Mark Frost has scored a big win here, expanding the universe and playing within it in the way that only novelists of his caliber can. This is where Frost truly shines — he has a gift for this writing thing, and is quite clearly enjoying himself when he does it (as the sections on Dr. Jacoby and Jerry Horne definitely attest.) He also spins quite a yarn. I’ve never been comfortable with the idea of there being a hard and fast Twin Peaks “canon” (neither, it seems, are its creators…) and the shifting realities of TSHoTP and what’s happening in The Return further embolden me to reject any notion of canonicity going forward, but it is fascinating to see how Frost imagined these characters living their lives. I’d love to know how much of this existed in conversations between Frost and Lynch but never made it to screen, for one reason or another, and how much of it was purely his own invention. Lynch famously said that TSHoTP was Mark’s version of events; does David have a version? Can each of us have a version too?

One thing is for certain, and I’ll let our dearly departed Margaret Lanterman say it because she says it best: “The answers to all our questions are in the wind and the trees, the rocks and the water.” I supposed this means it’s time for those of us who feel called to do so to venture off on our own Dr. Amp-approved ‘Walking in Nature Program’ walkabout, tuning in through the static at the answers that lie waiting.

I’ll be tackling this in more detail in a spoiler-full discussion this Saturday in my Notes from the Bookhouse column. Come back and check it out, as well as the other fantastic articles my colleagues will be putting out in the coming weeks.

Many thanks to Stewart Gardiner for supplying me with photos of the book while I waited for my hardcopy to arrive.

More From: The Final Dossier 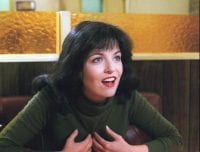