Josie Packard was never a very popular character, and it is to many people’s chagrin even now that she is the first character we see in the Pilot episode. 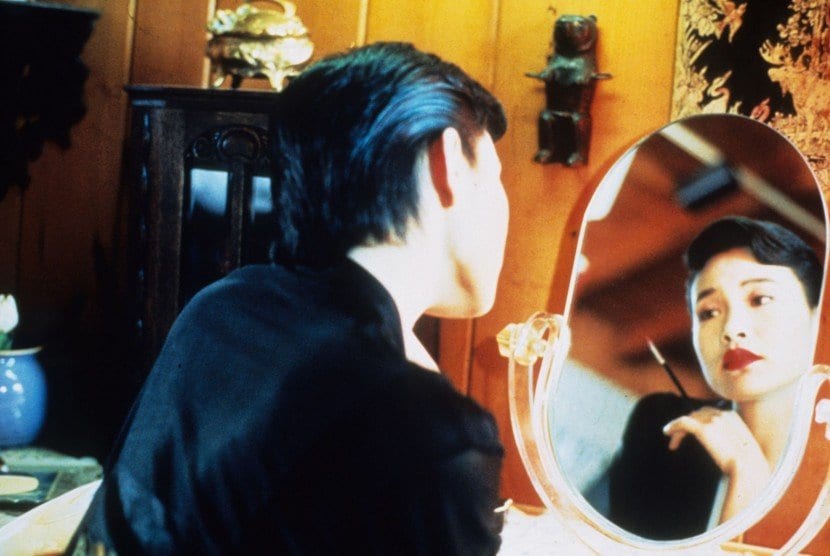 I understand the beauty, serenity and warmth of the scene is to counteract that stark coldness of Laura’s body on the beach just outside the window. But considering that the rest of this scene is our introduction to Pete, that serenity is shattered knowing that the real danger to him was inside his home the whole time.

In contrast to the general negative feeling toward Josie, Pete is our darling. Is there really one fan out there that doesn’t love him, or mourn his violent demise? Out of all the dark twists in the Season Two finale episodes, Pete is the real victim that always stuck with me. I didn’t really care that Ben might have died or Audrey blew up or Coop got stuck in the Lodge (well, I cared a little bit about that one), but they killed Pete! That was so unnecessary! 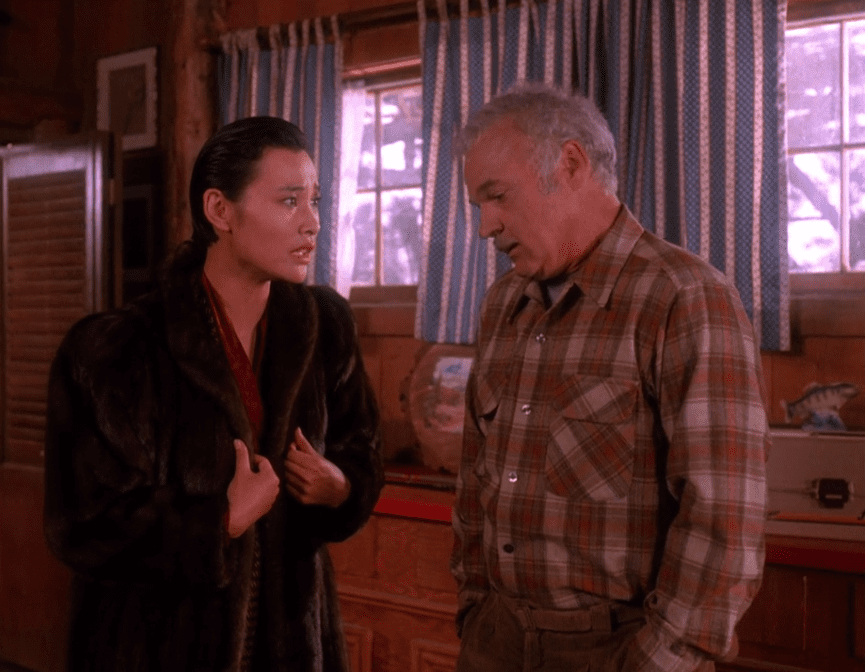 I think what bothers me the most is that Pete’s death was caused by someone he cared so much about. Pete welcomed Josie completely into his home and his family. He risked Catherine’s wrath on many occasions to stick up for her. And even though Catherine was awful to him, he really did love her, so going behind her back to help Josie out was a big risk to him.

Part of it may have been a foolish old man’s crush on a beautiful young woman, but I think after years of living in a loveless marriage, Pete really appreciated the comradeship and warmth that Josie showed to him. She probably knew exactly what she was doing swanning around in those silky robes, though.

Every time I watch the scene where Pete asks her to be his fishing partner, like a shy boy asking out his crush, and see his joy when she says yes, I dislike her a hundred times more.

We all know Josie’s true back story now. I know several fans have claimed that she was completely rewritten in The Final Dossier, but glimpses of her true self were visible throughout the whole first two seasons. We already knew she paid Hank to kill off her rich husband and was in cahoots with Ben about the mill fire (and the probable killing of Catherine), and ditched Harry with barely a backward glance. She tried to kill Cooper and did kill Thomas Eckhardt. Josie was pure soap opera, through and through.

After all that, so many fans still remembered her as being gentle and sweet. One even told me, ‘I liked Josie. It was so sad how she ended up in that knob.’ 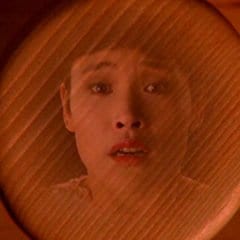 It wasn’t sad. It was a far better fate than she ever deserved. But those same people are picturing her in that very first scene – calm, flawless, perfect. It’s amazing what a pretty face can make you forget. It’s the same reason that Pete never had any suspicion of her. She was sweet and helpless around him, she put on a perfect facade. And good, kindhearted Pete believed all of it.

I know that Josie didn’t specifically set out to kill Pete, but she must have known it was a risk. She knew he was close to Andrew and would embrace his homecoming. It also makes sense that with no Josie to hang around, poor lonesome Pete would spend that time with his newly-alive brother-in-law.

Even the events in Season 3 wouldn’t have made any difference to poor Pete’s terrible outcome.

It was nice to come full circle in the finale. After all the crazy, dark events of The Return, it was a beautiful moment to return to the peace of the Blue Pine Lodge all those mornings ago, with our lovely Pete still alive and well.

His Fate was set, though. He may have enjoyed an extra peaceful morning of fishing instead of corpse-finding, but Josie and her past were still in his house, and her past was still fast catching up to her and her new life.

Pete’s affection and devotion to Josie earned him nothing but a premature, violent death, and that, to me, is unforgivable. 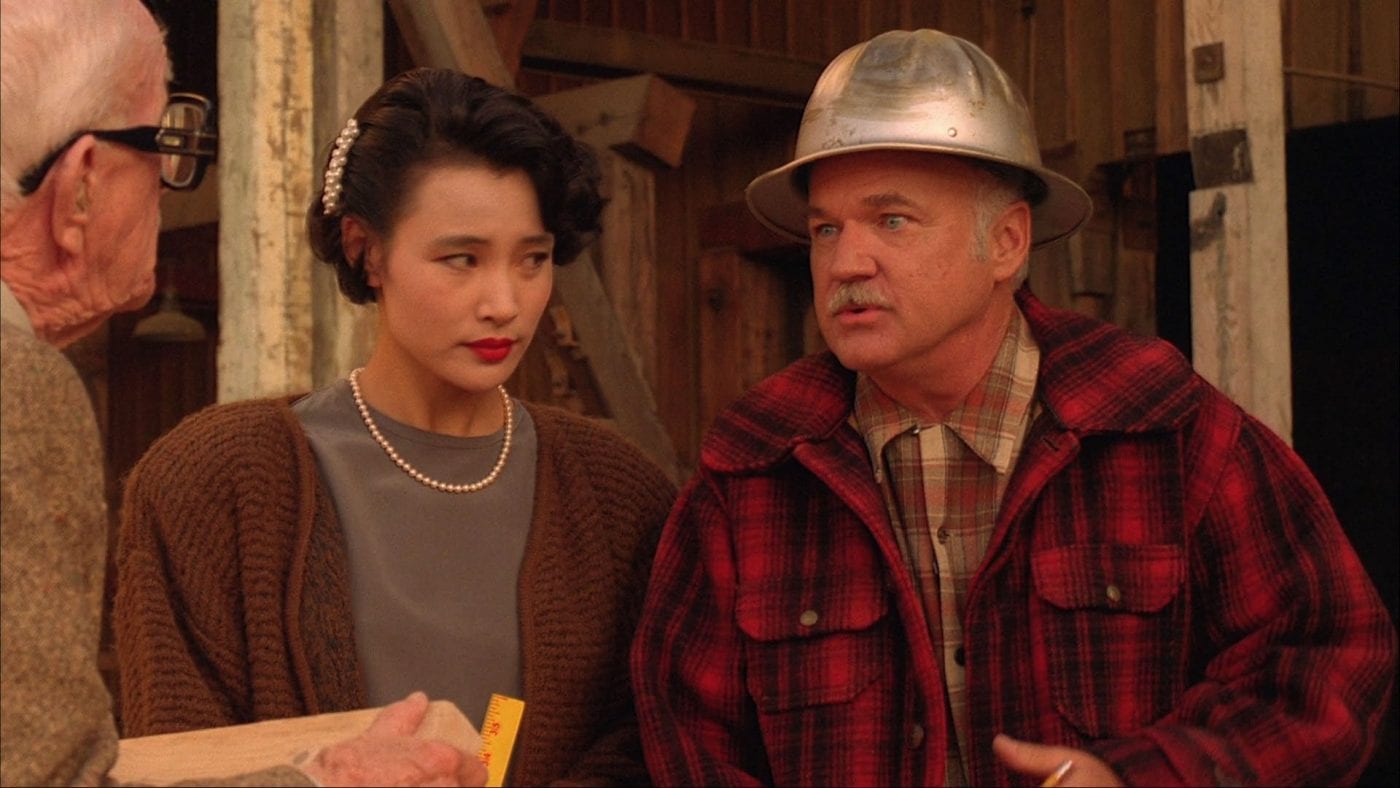 So, maybe that opening scene is fitting after all. Maybe it was the perfect introduction to that particular world. Josie Packard is beautiful on the outside and rotten on the inside, just like the town of Twin Peaks.