Here at 25YLSite, we handle a lot of heavy lifting. Analysis, interpretation, deep discussion, introspective interviews… you name it, we’ve got it. “Favorites” takes a lighter approach to the material we normally cover. Each week, we will take you through a list of favorites — whether it’s moments, scenes, episodes, characters, lines of dialogue, whatever! — in bite-sized articles perfect for your lunch break, a dull commute, or anywhere you need to take a Moment of Zen. So, sit back and enjoy this week’s offering: Holiday Godfrey’s favorite nods to Twin Peaks.

We’ve all seen subtle references in movies and television shows and gone “Heeeeyyyy!”—Twin Peaks has been influential in a stunning amount of work, big screen and small screen alike. Below are my top five references to Twin Peaks in different media. 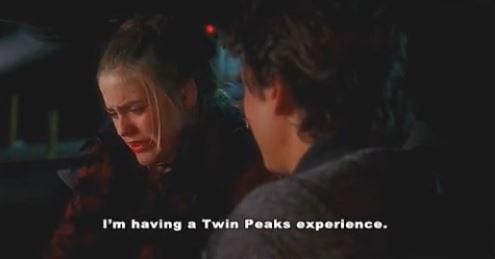 Clueless hosts a gaggle of giggly, well dressed and often shallow kids in high school. The film itself is a throwback to Emma a novel written by Jane Austen published in 1815. The film, unlike the novel, is set in California in the mid 90’s and revolves around a girl name Cher Horowitz, as does the entire world in her mind. Cher tries her hand at match making with hilariously heinous results. Much like in the novel though Mr. Elton (just Elton in the movie) is a pretty hard pill to swallow. Elton tries to jump Cher’s bones when he gives her a ride home, pretty forcefully, and it’s the only creepy scene in Clueless; the tension is broken when Cher fires off her Twin Peaks reference, if only because it’s unexpected of her character to care about a show like Twin Peaks, or reference it correctly. She was totally experiencing a Twin Peaks moment, though. Elton was a tool—-not a Leland Palmer level tool—but a tool nonetheless. 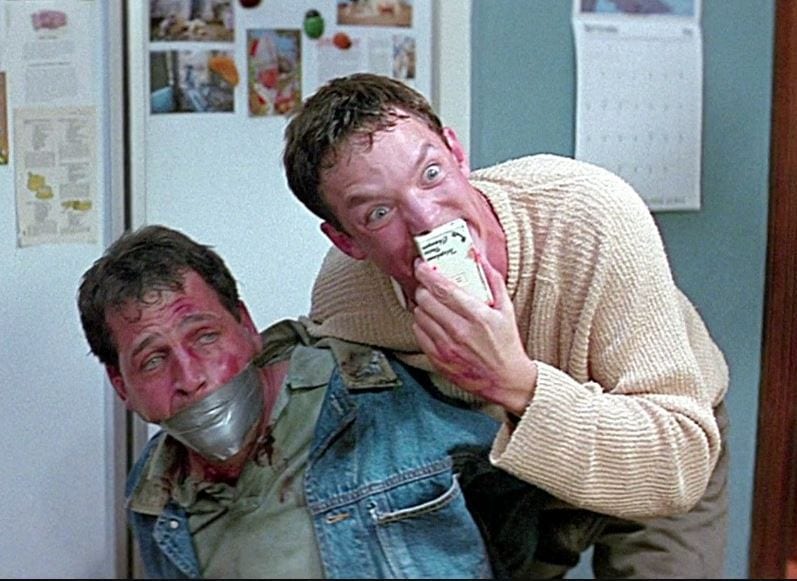 So one of the most popular girls in school has just been found brutally murdered and all of her friends are sitting in class listening and drinking in the news, as our newly appointed main character just stares at her dead friend’s empty desk. Scream had a lot of hilarious and subtle references, and while this reference in particular has never been confirmed, it’s an obvious nod to Twin Peaks from what I can see. The only thing missing is someone running and screaming through the quad. All the way through the movie you’re asking yourself “Really, who killed Laura Palmer?…No I mean, Casey Becker?” The confusion that Wes Craven sets up for the audience to think everyone is a suspect is pretty familiar as well. Especially when no one can contact her father, he seems like the prime candidate, right? Well, “Surpriiiiisse Sidney.” 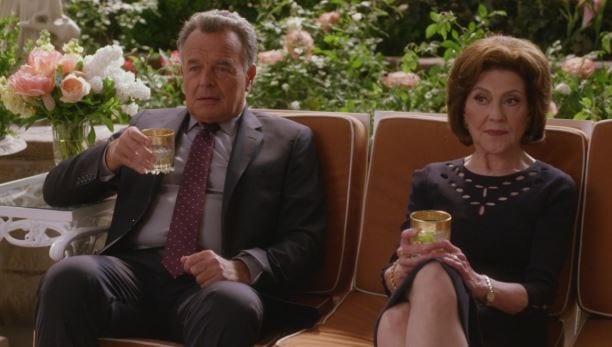 Town favorite and golden child, Rory Gilmore, has returned to the quiet town of Stars Hollow for a bit, having recently published an article in a rather well-known newspaper. Luke, her stepfather-type figure, is over the moon about the publication, so he prints the article and makes it a part of every menu in his diner. Because Luke is amazing. Rory makes the wise crack upon viewing it: “Wrapped in plastic.” That first reference in Episode 1 of the series just made me laugh. It wasn’t surprising in the least; the show is known for referencing every single thing in the universe. Later on though, the unexpected appearance of Ray Wise at Richard Gilmore’s funeral after-party made me do an actual double take. I felt like maybe it was supposed to have lightened the scene just a bit, since Richard Gilmore’s real life counterpart Edward Herrmann had so recently died. It was distracting; not quite distracting enough, though—Edward Herrmann was the real bee’s knees. 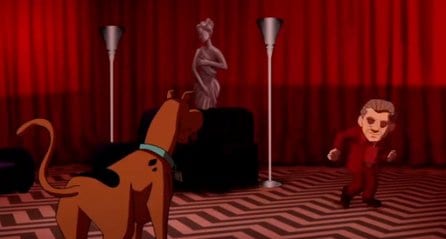 I don’t think fans of Scooby-Doo or Twin Peaks were totally surprised by this homage. We were all extremely excited, nonetheless. Scooby falls asleep and enters what is probably the cutest version of the Black Lodge ever seen. He is there told that a rouge Annunaki (inter-dimensional beings that visit the earth every few thousand years during the time of Nibiru—when the barriers of their world and ours are weakest—and, having no physical body, borrow the bodies of animals to help the creatures of earth) is about to wreak havoc on him and the gang. Yeah, so that storyline doesn’t sound familiar in the least. The episode is complete with a backwards-talking, red-suited, dancing man Michael J. Anderson. 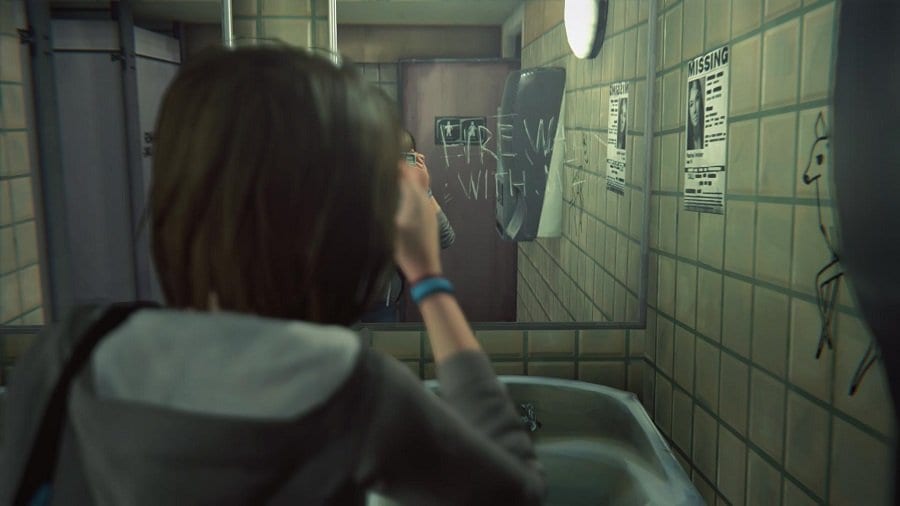 Those of you that have played Life is Strange know that it is smothered, covered, and chunked in references to film and television in any genre imaginable. Those of you that haven’t…what are you doing with your spare time? There are a couple of references to Twin Peaks throughout Life is Strange. The mirror in the dormitory bathroom has “Fire walk with me” written on it, next to a flier about a missing girl. Then if you run around town you can find that almost every license plate on a car is referencing a movie, show, or video game, Twin Peaks is probably one of the first ones you’ll notice in the school’s parking lot. The game alone gives off some very Peaky vibes. The beloved characters Max and Chloe frequent an old school style diner, and the main character Max is constantly trying to manipulate time to make everything turn out perfectly, with as little consequence as possible. In the end though, we all knew that wasn’t going to be possible. It’s an episodic video game that is a lot like directing your own television show given the choice and consequence style game play.

So these five tips of the hat to Twin Peaks are definitely some of my favorites, but are not the only ones out there by a very, very long shot. What are your favorite nods to our favorite show? 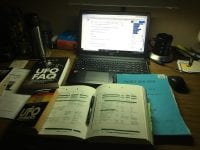