In the spirit of Twin Peaks Season 3 and Mark Frost’s Twin Peaks: The Final Dossier, my wife’s memories of our Twin Peaks life together (as a result of watching the series and immersing ourselves in nearly all that it has offered over the last 28 years!) differ from mine.  Not fundamentally, but enough for both of us to question what really happened.  What did we see that summer of 1990? What evil truly resides in the old woods?  And maybe even: What happened to Laura Palmer?

In this final entry of my Living Novel, my wife Kim and I interviewed each other and came up with what we feel is a definitive “official version” of the events from May 1990 through today.  I hope that you enjoy reading about our journey half as much as we’ve enjoyed living it, and that you have found a connection between your own Twin Peaks stories and those community members who have been gracious enough to share their experiences through this project.

Twin_Petes: My first legitimate Twin Peaks memory is arriving at your house when we were dating, and finding you and your mom watching the original run of the series. I must have known something about the show, because the scene on screen was Maddy dressed as Laura at the Gazebo. Typically, I yelled out: “I thought she was dead!” Your mom shushed me and we watched for just a few more minutes until the end of the episode.

When ABC decided to show the entire first season again that summer is when we got hooked. We started watching from the beginning, and my most memorable moment during our first-run viewings is when we rented The Exorcist to watch after Twin Peaks. We were completely unaware that the episode being shown that night was our introduction to the Red Room, and it freaked us out so much that we couldn’t bring ourselves to watch The Exorcist! 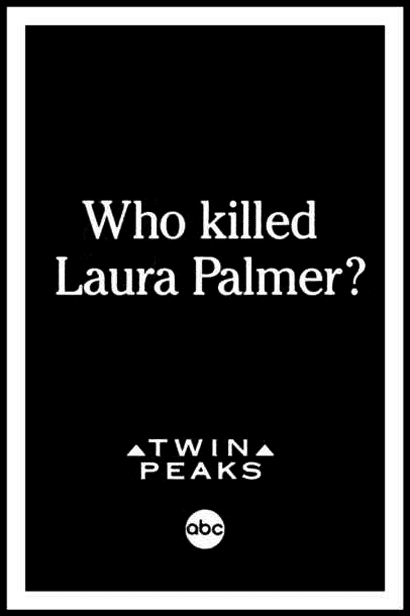 We both went off to college in August, and we both watched Twin Peaks religiously each week. I think that you had someone taping each episode and we ended up rewatching a lot of the first two seasons that way until the “log” box set came out, and then when episodes 1-29 came out (without the pilot). I watched each week with (our mutual friend and my college roommate) Gerry, and I remember calling you and talking about each episode, especially the episode where Maddy was murdered.

Kim: My first experience with Twin Peaks was the same as yours! As I recall, we were dating while the “Who killed Laura Palmer?” teasers were out. I was at college and had no real access to a TV and you were back home refusing to buy into the hype and watch the show when it premiered. After I got back home for the summer, you visited me at my parents’ house where my mom demanded that she watch Episode 6. We were there watching with her, and immediately regretted our dismissal of this mesmerizing new show.

My mom was totally annoyed by our constant questions, “Who is that? What is going on? What just happened?” and comments, “This is so cool!” We were hooked. Mom, on the other hand felt things got too weird for her. I think we watched Season 1 through the summer re-runs, then Season 2 for me was terrifying. I watched from the basement of my college dorm—alone in a dark, creepy room with a window, a couch and a TV mounted on the concrete wall; afraid to be alone in a creepy room, fearing an attack from a creepy college predator, on top of that fearing an attack by BOB!

I would bolt up the four flights of stairs and call you on the pay phone to talk about what happened.

TP: Eventually, I scoured every Hollywood Video store for the European pilot, and our collection was as complete as it could be for years. There were some lean times in there, and Twin Peaks collector extraordinaire Bruce Phillips, John Thorne and Craig Miller with Wrapped in Plastic helped keep the dreams alive for many years.

K: We were maybe changed for life. We visited Snoqualmie and the Salish Lodge in 1993 for our honeymoon (and returned for our 20thanniversary in 2013 and in 2017 for the Twin Peaks Festival), speak “Twin Peaks” as our second “language”, and named our dog Cooper. Our children (who haven’t seen the show) know the music, the symbols, and the people (both the actors and their on-screen characters).

TP:  We watched Season 3 live on Showtime each Sunday.  That first four-hour drop was tough as I just wanted to let the whole experience flow over me: no notes, no discussion. I feel like the opening scene with Dr. Amp and the shovels was so crisp and beautiful and a perfect encapsulation of the feelings that Mark Frost and David Lynch were hoping to evoke with this new chapter. An old friend was waiting there for us after more than twenty five years, rewarding our loyalty and treating us to something beautiful that was beyond what I dreamed it could be.

K: We watched Season 3 live with your Showtime [group chat]. So much anticipation for Season 3 with no clue as to what we would see, except for something Lynchian. I had hopes for a happy resolution in our happy-ish little town, but totally not expecting anything like that. I feel like there are two shows in one—we got the history of “mother” and the glass box and then the town happenings with threads tying them together. Dougie, the vortices, Señorita Dido and the Fireman. The woodsmen, evil Cooper, and I am still not sure what “happened” with Laura(?) and Cooper!

My breath was taken away and I was so moved by seeing Catherine Coulson as Margaret. I was frozen—gasped—just numb about her character’s presence. Such power and strength. So powerful in reality and in Twin Peaks. Such respect all around for her as Catherine, and the character along with her connection to Hawk.

TP: I have two Twin Peaks-inspired tattoos, we both love the festivals, and we have quite a nice little collection of Twin Peaks stuff, merchandise and more! I think that when I look back on what we’ve gathered, the Twin Peaks Gazette is what brought the most joy at the time. Signing up for that, then getting the issues was pretty cool. I also remember ordering the Laura Palmer prom photograph shirt, the “Have You Seen This Man?” BOB shirt, and several others, maybe by phone or mail-in? Calling the Twin Peaks hotline, buying The Secret Diary of Laura Palmer with my first credit card in the college bookstore, and hanging the cardboard CD packaging from the Twin Peaks Soundtrack are all great memories for me.

K: Probably a bumper sticker. Thinking about a tattoo for the last twenty-five years!  If I get one, I’d like something with those Douglas Firs, the Red Room, and Snoqualmie Falls.

TP: We converted two friends to Twin Peaks. We would take our 29-episode box set over to their apartment a few blocks from ours. I seem to remember taking donuts with us, and having some kind of European coffee. Both women were from Europe and they served this delicious coffee in cobalt blue glass mugs. When they moved, we asked them for the mugs—and their apartment. We lived there for three years.

K: No conversions unless you count our children, which really hasn’t happened because of the show, just because of the world of Twin Peaks that we inhabit.

TP: My favorite scene is the entirety of the scene with James, Donna, and Maddy recording their one and only hit, “Just You.” So many people detest the song, are critical of James Marshall and/or James Hurley, and fail to suspend their disbelief when you hear multiple instruments backing the guitar and vocal tracks.  For me, it looked like a legitimate lust triangle, complete with clueless (or was he?) dude warbling while Donna loses her shit (and rightly so!).

But for me, BOB’s entrance and climbing over the sofa are classic Twin Peaks: scary and unexpected with a twinge of the supernatural, unless you were sure that the next step in foreshadowing Maddy’s death was going to be what we saw on-screen! 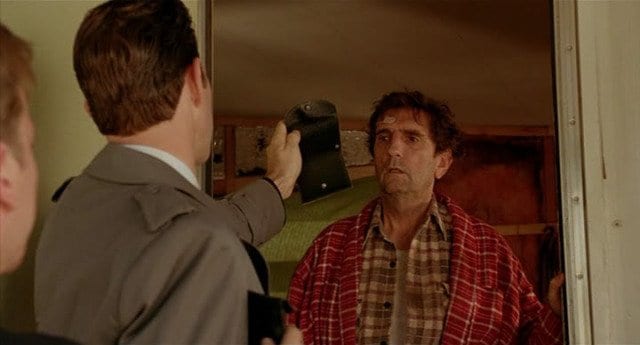 K: My favorite scene is probably Catherine Coulson’s first appearance in Season 3, and maybe also anything with Albert Rosenfield from the original series. I also loved Carl Rodd’s Fire Walk with Me scenes at the Fat Trout Trailer Park: Chris Isaak and Keifer Sutherland knocking on his door, and Carl’s “more shit I gotta do!” and “I’ve already gone places.”

And just like the cut following the scream that ended Season 3, the Living Novel fades to black; Kim whispering into my ear while Angelo Badalamenti’s “Dark Space Low” plays. Thank you to everyone who participated, and thank you for reading.

“It has been a pleasure speaking to you.”