Here at 25YL, we love The Secret Diary of Laura Palmer. Jennifer Lynch gives us a masterful glimpse into Laura’s inner life that enriches any viewing of the series and the prequel film Twin Peaks: Fire Walk With Me. Over the next few weeks, we will be doing a deep dive into the Secret Diary as part of our month-long celebration of all things Twin Peaks. This week, join Mya McBriar as she celebrates the work of Jennifer Lynch.

When you hear the name Jennifer Lynch, the natural assumption might be to think of her as simply David Lynch’s daughter. However, that assumption would be extremely short-sighted. Over the last three decades, Jennifer Lynch has earned her own rightful place in Hollywood as a successful writer, producer, director, and even the occasional actress. Stepping out of the shadow of her famous father couldn’t have been easy, but if you pay close attention, it would seem that Jennifer Lynch is very much her own woman.

She’s credited at times as Jennifer Chambers Lynch (a tribute to her great-grandmother’s maiden name), Jennifer Lynch, or just Jen Lynch. In recent years, she has directed several episodes of popular television shows like The Walking Dead, Hawaii Five-0, Quantico, American Horror Story, and many others. She has also written her own feature-length films, such as Chained (starring Eamon Farren who played Richard Horne in Twin Peaks: The Return), Surveillance, Hisss, and Boxing Helena (starring Sherilyn Fenn who played Twin Peaks‘s Audrey Horne in both the original series and The Return). In addition, she has made many acting cameos, written, directed, and produced several video shorts, and has even been credited as a production assistant on David Lynch’s 1986 classic Blue Velvet. 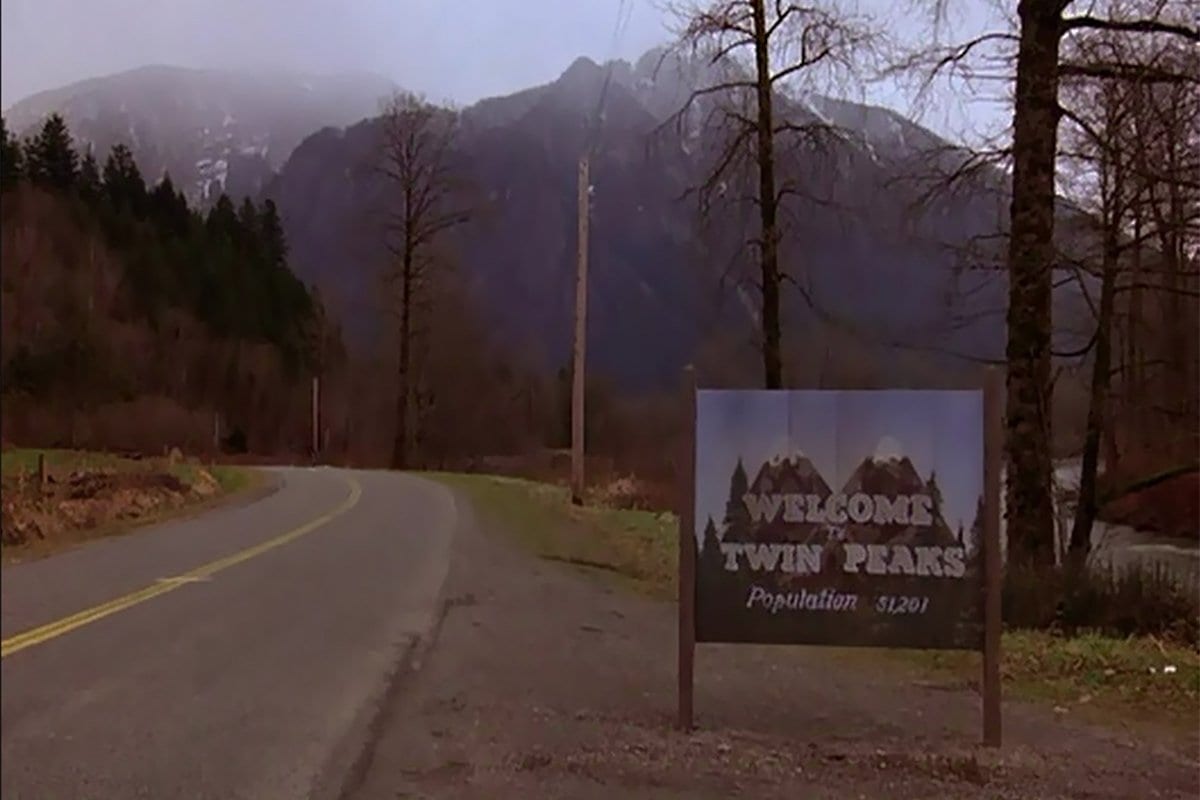 In 1990, the groundbreaking television series Twin Peaks debuted as a top-rated hit for ABC. The haunting mystery of “Who killed Laura Palmer?” became one of the most fascinating television mysteries of all time. It also spawned a die-hard fan base that was feverish for more insight into the show’s addicting and unusual landscape. What might have seemed like a simple town filled with simple people actually festered with unique characters, lost souls, and, as Sheriff Harry S. Truman once aptly said, “something very, very strange in these old woods.”

Prior to the Season 2 premiere of Twin Peaks in the fall of 1990, The Secret Diary of Laura Palmer, penned by a young Jennifer Lynch, was published as a companion to the series. It was the first of two books inspired by the original series, along with the later release of The Autobiography of F.B.I Special Agent Dale Cooper: My Life, My Tapes, written by Scott Frost. The Secret Diary of Laura Palmer went on to become a New York Times bestseller. It describes, in horrid detail, Laura Palmer’s feelings, experiences, and the dark traumas she suffered, largely due to the frightening presence of the otherworldly BOB in her life. In a 1990 interview on Good Morning America, Jennifer Lynch said that before writing the book, David Lynch and Mark Frost revealed to her who the killer was. Armed with that key knowledge, she was asked to write Laura’s diary with total creative freedom. 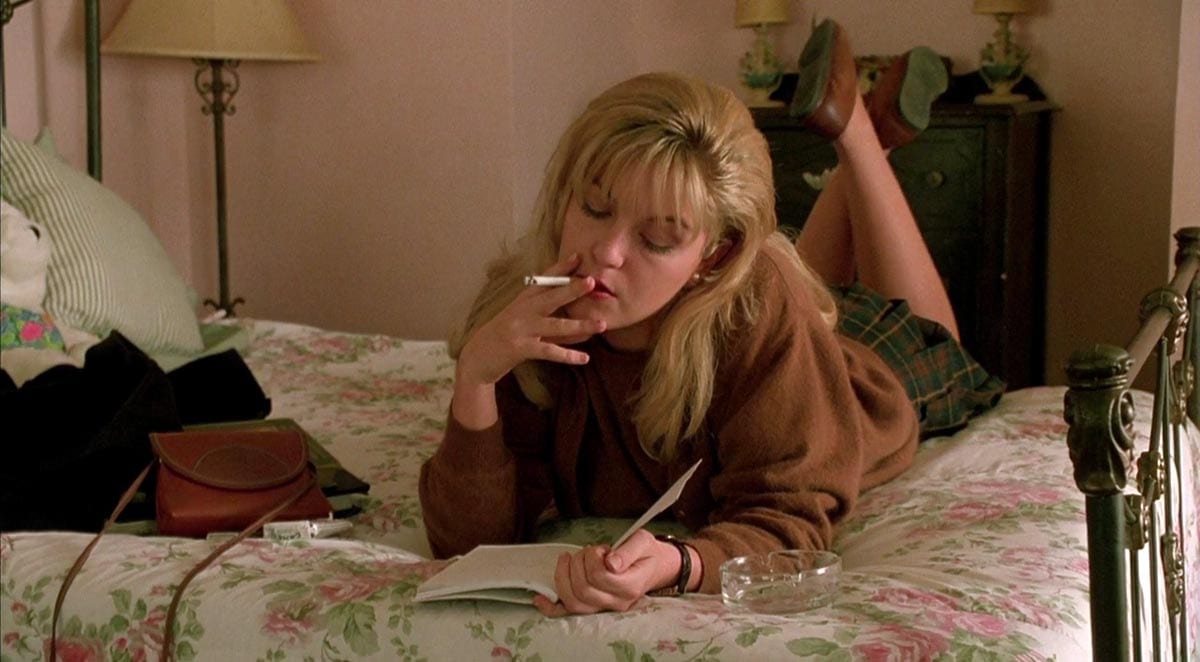 In a 2017 interview with author David Bushman, published in The Blue Rose Magazine, Jennifer Lynch said that she thinks Leland Palmer was as much of a husband, father, and a man, as he was a monster. That mindset holds Leland Palmer, not BOB, responsible for his actions. It also offers insight to the perspective Jennifer Lynch was going for while writing this book. The Secret Diary of Laura Palmer is a central part of Laura Palmer’s story. It’s told in a unique fashion that makes it feel deeply personal. With the 2017 release of the audiobook, narrated by actress Sheryl Lee (Laura Palmer), that personal experience is even more keenly felt.

Interestingly, there might be elements of the The Secret Diary of Laura Palmer that are loosely based on Jennifer Lynch’s own life. In a 2012 interview with Jason Webber, published on Vice.com, Jennifer Lynch reveals that there were two moments from the book that were borrowed from her life. One, Jennifer jokingly says, she’ll never reveal, and with so many wild moments written in Laura’s diary, that makes the mind wonder. The other was that she used her own real-life dream to describe a vivid dream Laura has in the book about eating her own foot off so a rat couldn’t. Jennifer explains that she drew from her own fears and aspirations because she wanted Laura to be, as she describes, “all of us girls.”

The overall tone and style of the book certainly seems like something any young female could relate to. Even if the experiences Laura had don’t feel relatable, the struggles of a young woman noting her inner turmoil certainly does. It would appear that Jennifer poured a bit of herself into Laura’s words, perhaps to breathe life into the real-life monsters that plague young women every day. Outside of Twin Peaks: Fire Walk With Me, where fans of the series got a brutally raw look into Laura’s life, The Secret Diary of Laura Palmer is the only other fictional depiction in Laura’s true voice— not filtered from those investigating her life after she died, but rather her story, in her words, as she was experiencing them. Aside from the mythology that connects to the series in the book, Laura’s tale is a human one: the downfall of a beautiful young woman cut down by a monster. Behind that voice, at least in part, is the soul of Jennifer Lynch.

More From: The Secret Diary of Laura Palmer