Stephen King once described the act of writing as telepathy; across time and space, the writer plants thoughts into readers and an unbreakable connection of minds is formed forever. From a cinematic standpoint, David Lynch holds dreams in similar esteem. His dreams become ours as we examine every frame of his output, lean in to hear what detail the sounds we’re hearing may offer, wrestle our left brain down so that our right brain might take flight and understand the dream on levels rarely captured by mere words.

It’s no mistake that the most ostensibly good realm we travel to in Twin Peaks: The Return is a theater, resplendent in nostalgic black and white, often showing its residents the “reality” of a world more familiar to most of the characters, but cast upon a movie screen. And what is that reality? Much consternation was stirred up over the course of 2017’s 18-episode run about what parts of what we were seeing were actually real. The question itself probably gets a chuckle out of Lynch and co-creator Mark Frost, since if a fictional town populated by actors that has always been on the verge of bleeding into the surreal and supernatural (and often ultimately does) is a baseline of reality, then we’re already starting far, far from home. Dating back to Eraserhead, the auteur has seamlessly weaved dreams and nightmares together, perhaps reminding us of our day-to-day existence just enough that we’re consistently startled by the frequent additions of madmen, monsters, magic and mayhem. This spurs many to attempt to ground his work in something more understandable to everyone who exists on terra firma, to sort and categorize and separate elements into their individual truths. But to him, they’re all pieces of the same painting, different colors swirling together and apart to present a picture of a dream—not a picture of reality.

So, Twin Peaks: The Return finished, our final visit to this place and its many levels of existence may well have happened on Sunday 3rd September 2017. To complete one of many mirroring tricks used throughout the series and the invaluable film cohort Fire Walk With Me, once again we were left with a downbeat cliffhanger of sorts, surrounded by loose ends, promised little by way of resolution. The seemingly happy sendoff that an entity as fundamentally good and admirable as Special Agent Dale Cooper deserves is nowhere to be found, and it’s looking quite likely that he’ll continue searching for it forever anyway, turning up from time to time like his fellow missing Blue Rose cohorts only to disappear into the ethers to swing at windmills again and again.

In nods, if not true deference, to viewers who were sticking around more for the ‘quirky soap opera’ aspects of the original than the darker subtexts and storylines, Lynch and Frost tossed up a few small stories about old fictional friends of ours with happy endings: Nadine allows Ed and Norma to finally be together, Ben Horne continues his path to redemption by staying true to his wife in the face of temptation, Bobby Briggs lives up to his honorable family name as a sturdy lawman in the Twin Peaks Sheriff’s Department. Then again, we may never know the fate of his daughter who, like mother Shelly, is prone to poor romantic choices and may have given her life for them. Fan favorite Audrey Horne looks to be trapped in a level of nightmare well beyond a bad night’s sleep, but details are few and hardly forthcoming.

Even the series finale itself serves as two sides of a coin, with the first hour offering the satisfying takedown of the loathsome Evil Cooper the previous episodes appeared to be building towards and the second hour casting increasingly dark shadows on anything approaching a positive outcome. Indeed, before the first hour’s up we’re already seeing that much if not all of Cooper’s journey back to lucidity was most likely his own dream; the immediately gratifying but increasingly silly battle and assembly of many of this season’s heroes in one room, resplendent in Wizard Of Oz style pluck and smiles, doesn’t hold up very well as we see his face superimposed over the proceedings. Cooper’s always been an extremely smart character with great intuition, but in many respects, he usually comes up short. He’s barely allowed to enjoy this victory before going off to attempt another, while any boundaries between what’s perceived as real and dream are shattering before his eyes and ours. 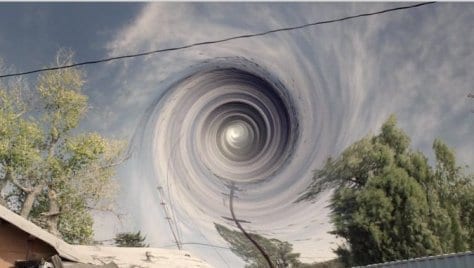 Anyone who feels like a mean trick is being pulled hasn’t been paying attention. Talk of dreams, questioning whose dream we’re a part of or witness to, these are discussed early and often throughout Twin Peaks, not to mention Lynch’s overall filmography. The surprisingly large influence of missing agent Phillip Jeffries (played originally by the dearly departed David Bowie, now ably substituted for with a cosmic coffee pot) on the new series comes into play here as well—we’re warned as far back as Fire Walk With Me that “we live inside a dream.”

Lynch clearly loves playing in the dream factory that is cinema, but there’s also an odd, almost masochistic adherence to the truth that he forces his characters to accept. In Lost Highway, Fred creates a fantasy world of fast cars and faster women to escape into when the reality of his crimes becomes too much, but the illusion breaks down and he’s violently shoved back into the darkness of his true self. Similarly, Diane Selwyn crafts a beautiful dream of mysterious adventure in Hollywood as Betty in Mulholland Drive, yet an hour and a half of respite from reality is all Lynch allows her before her murderous acts draw her to despair and, ultimately, suicide. In Twin Peaks, characters such as Dale Cooper and Laura Palmer are clearly on the right side of the good/evil dichotomy, but they’re not spared the truth either. Cooper, a victim of his own hubris, clearly states “the past dictates the future,” then promptly runs off into another dream dimension or two to try to change that past. Does he in fact save Laura Palmer from that fateful night in the woods on February 23, 1989? We’re shown a reality where that appears to be the case, yes. On the ever-present flip side, though, we’re also shown another reality, wherein faces don’t match identities, lovers become leavers, Cooper himself is unsettled, uncharacteristically violent and attempting to complete his mission of saving Laura Palmer and bringing her home in an increasing fog. Harkening back to the Hard R Hardy Boys hero of Blue Velvet, he barks “Leave her alone!” at some cowboy thugs, then dispatches them with only a shred more restraint than his evil doppelgänger would have.

This, the final incarnation of Cooper that we’re left with, is an amalgam of all the Coopers we’ve come to know throughout Twin Peaks, good and bad, thoughtful and simple, observant and confused. Laura hasn’t skipped merrily out of the Black Lodge into a cushy life/afterlife herself; when Cooper finds her, she’s been oddly absent from her waitressing job a ‘Theresa Banks-style’ 3 days, has no knowledge of her former identity, and is entangled in yet another mystery we won’t get to the bottom of involving a corpse in her living room. They journey together on lonely highways seemingly more appropriate to Evil Coop’s travels until they arrive at the Palmer home, which of course is not the Palmer home. The Chalfont/Tremond story, heard before, offers little by way of a road map to sanity, and we’re left with an utterly confused Cooper, stumbling around in the street next to a horrified Laura, screaming in terror—the antithesis of the seeming relief and release seen in the closing moments of Fire Walk With Me.

Usually this part of an essay is dedicated to tying the loose threads together into explanations, conclusions, answers. Unfortunately for those in need of such things, Lynch has increasingly moved away from these as his career has worn on; unsurprisingly, leaving pat resolutions behind has led to his most striking and lasting work. Breadcrumb trails of numbers, visual clues, notable repetitions and more will keep internet sleuths and theories afloat for decades to come, no doubt. Yet the perplexing, mesmerizing finale stands as a tribute to this American maverick’s complex and intuitive take on life itself. Cooper may well be on an endless fool’s errand to try to fix the unfixable, to erase the history of incest and murder that came to roost on the shoulders of Laura Palmer many moons ago. Laura, an avatar for goodness in a harsh, unforgiving world, doesn’t get to escape to a new reality or settle back into her old one. These truths are as close to closure as we’ll be offered. Lynch and Frost stated early and often that solving Laura Palmer’s murder was something they never wanted to do. Given the opportunity to return to her story and the town of Twin Peaks, it should be no surprise that leaving Laura’s mystery wide open is the final gift we’re given. 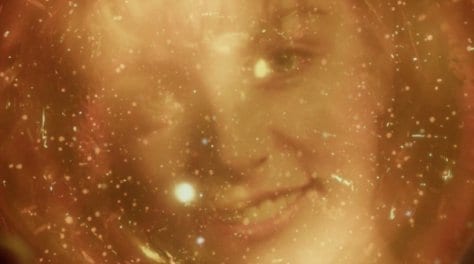