25YL had me reach out to author H. Perry Horton as soon as we saw his book, In Dreams: A Unified Interpretation of Twin Peaks and Other Selected Works of David Lynch, was available for pre-order on Amazon. It is available as an e-book and in paperback as of May 25, 2019. This is 25YL’s second interview with Horton. Please enjoy the interview, and let us know what you think when you read his book. 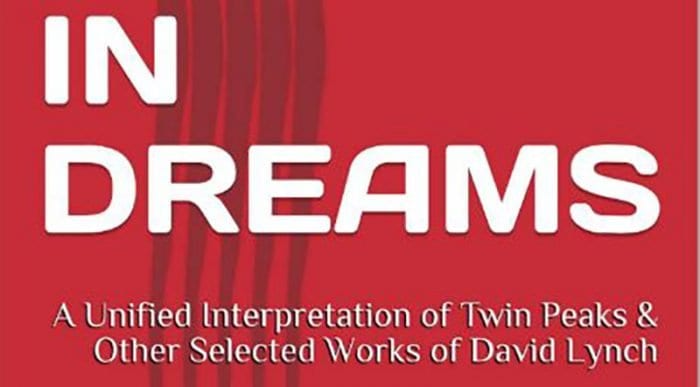 RK: So the “Unified Interpretation of Twin Peaks and Selected Other Works of David Lynch,” what were some of the key threads for you in tackling this subject—curtains, colors, themes, etc.?

HPH: There are certainly themes and motifs Lynch reuses—red curtains, black-and-white flooring, puddles as portals, blue light, sex as violence, horror within the home, and the ever-present uncanny—but for me the main thread was built on repeating character types: the Detective, the Innocent, the Evil, the Siren. Once I noticed the similarities in Lynch’s protagonists, like Dale Cooper and Henry Spencer, or Sue Blue and Audrey Horne, or Dorothy Vallens and Diane Selwyn, and not just their mannerisms or appearances but their struggles, strengths, weaknesses, and goals, that’s when I started to think about a bigger story between them. That’s what links the various chapters of In Dreams, how the characters are all working for/against the same common goal: the destruction of The Dream.

RK: How did The Return advance your thoughts on this subject? At a paperback of 520 pages, according to this Amazon entry, I feel like your mind must have been making these connections for a while now.

HPH: The story wasn’t complete until The Return. I had already written an essay positing Mulholland Drive as a Twin Peaks movie, but it wasn’t until The Return introduced certain elements—namely tulpas and time travel—that I started to see threads I could tie together. Like writing a novel, I had to figure out the end before I could tell the rest of the story.

RK:  Often, when we start to piece together our Lynch theories, they kind of inflate until they pop or come undone. In your experience working on this book, how did it land? Was it challenging, or did more and more connections begin to appear?

HPH: It was very challenging, mostly because there was no map. I was wandering into this dark territory blind. The main connections are there, but definitely the deeper I got into each film or what-have-you, the smaller, stronger, and more insidious connections I found, and they’re the ones that really tie the theory together, I think.

RK:  Did you find yourself staying away from other Twin Peaks theories floating around while you were writing, or were there any that came out that changed your mind or brought some ideas together?

HPH: There were definitely other theories that played into mine. You can’t avoid it, I don’t think. There’s bound to be layover in opinion, especially in regard to Twin Peaks, and especially in regard to The Return, which so many people were writing about from the second the first frame aired. There are a handful of other theories I reference in the book, but the one with the largest impact was David Auerbach’s “Twin Peaks Finale: A Theory of Cooper, Laura, Diane, and Judy,” which really encapsulated a lot of what I was thinking about The Return, and informed how I went into thinking about how everything ended.

RK:  Speaking to that—process and influence—those of us who follow you on social media saw signs of the time and energy you were putting into this with your hectic schedule. What is your process for putting a book like this together?

HPH: Step one was to figure out if it could be done, which meant a few months of reading, rewatching, and cataloguing connections and ideas. Then I had to find the thread, that narrative backbone that could make the disparate chapters a unified whole. That was the tricky part. But once that came, then it was just about using the thread as the perspective from which I analyzed everything. The rest was writing—very slow, very painstaking writing.

RK:  The book looks at selected works of David Lynch. Did any of Frost’s novels add to your narrative or maybe give you some insight into, perhaps, how the screenplay for The Return was composed?

HPH: Both of Mark Frost’s novels surrounding The Return were referenced, as were The Autobiography of Dale Cooper, FBI Special Agent: My Life, My Tapes by Mark’s brother Scott, and The Secret Diary of Laura Palmer by Jen Lynch. These were integral to filling in the major blanks surrounding and informing Twin Peaks, which in turn informed the whole theory. Without the Frosts, Jen Lynch, Harley Peyton, Robert Engels, Barry Gifford, et al, the theory isn’t possible. They give Lynch’s abstractions framework; they translate him, in a sense, and—not to spoil myself—in turn, they translate The Dreamer.

RK:  Since I haven’t finished your book—and without prying for spoilers necessarily—do you have an insight that surprised you or that you think might kind of pique our curiosity?

HPH: Honestly, just the fact that I was able to form a semi-coherent unified interpretation was a surprise to me. I thought I was insane. I guess I still could be. But ultimately, like I say in the very first sentence of the book, it isn’t about believing my interpretation, it’s about using it as a couple of hundred jumping-off points for keeping the conversation alive and delving deeper into the work of history’s greatest—and most successful—absurdist auteur.

RK:  Okay, now I’m about a quarter of the way into the book. As I was reading through it, I wanted to reconcile the characters—“The Dreamer,” “Jowday,” and the other Eternals—and my question became this for you. Would you call this unifying interpretation a Gnostic interpretation of the mythology? I recognize that’s a large topic, and it was absolutely your interpretation that brought me to this idea. I was just curious about your reaction to that train of thought.

HPH:  I don’t know that that’s how I conceived of it, but I absolutely see how the origins presented in my theory can be read through a Gnostic perspective. I came at things more like a Greek creation myth, old-world gods interacting with the new world they made, with a healthy dose of several Buddhist lineages. Part of the struggle with this book was trying to get into the mind of David Lynch, which is both arrogant and impossible. The best I was able to do was submerge myself into his influences and guiding systems, meditation and the mythology around it first and foremost on that list. But I have to admit, there are some very Gnostic parallels here: The Dreamer as the demiurge who created our world; The Fireman as his earthly emissary; Jowday and BOB as counter-eternals. The only place I’d say my theory veers away from Gnosticism is that knowledge of these greater entities leads not to redemption but damnation.

RK: Speaking of tulpas from your second response. The entire notion of tulpas from The Return really did open your thoughts about some of Lynch’s other works. As a teaser opportunity—and I know you might like to avoid spoilers—but could you speak briefly on how that opened Lost Highway to this interpretation?

HPH: Tulpas made my Lost Highway analysis. I’ve been thinking over that film since it was released—I don’t think it’s Lynch’s best work, but it is my favorite of his films—and what The Return introduced to the overall mythology with tulpas changed everything I thought about the film. The biggest thing I’m willing to give away here is that the idea of tulpas led to the idea of shells, hosts, and how some figures from the past can be used to host entities from the future or out of time. Lynch isn’t just reusing the same actors over and over, not always. There are no coincidences.

RK:  Lastly, how would you like other fans to engage with this interpretation?

HPH: As I state in the prelude, even I don’t wholeheartedly believe this theory, which is why it is more aptly described as an interpretation. For me, and I think for a lot of Lynch fans, interpretation is most the fun. Lynch works with open parameters, his stories, his images, his characters, they can come from and go anywhere without warning; they are the epitome of unpredictable. He makes us engage not just with him but with ourselves. He challenges the framework by which we view art, film, narrative, and even existence. All I want from this book is to help foster that engagement by offering a few dozen new tangents for deliberation. I fully expect to be countered, disagreed with, and challenged myself by readers, and that’s exactly the point: keeping the conversation alive.