Join our guest author, Carson Carruth, as she guides us through a journey to find Judy in Twin Peaks

The character of “Judy” or “Jowday” has been a conundrum for fans of Twin Peaks: The Return. On the one hand, she seems to really exist on some level, being tied to Sarah Palmer, the White Horse, the “Experiment”, and whatever happens at the end and perhaps at the beginning with Cooper and Laura Palmer. On the other hand, the only exposition we have about this apparent villain is given by Gordon Cole with odd timing at the start of Part 17. Why didn’t he mention the point of their quest before? I believe that I have mostly resolved this confusion, and I will lay out the presence of Judy in the story in this essay in a fashion that—to me at least—makes sense of much of the plot and shows how she is the central antagonist, taking the place of BOB before her.

My analysis is based on my experience with David Lynch’s visual style in general: he shows explicitly what happens, but he hardly has any exposition to explain it. So, if something is shown to us—besides super small details that could just be continuity issues—presumably it’s there for a reason and has to be connected into the plot with visual or audio motifs in the absence of expository dialogue. Interpreting shots of power lines or strange, repeated noises that characters sometimes notice as “atmospheric” keeps the story from being properly interpreted, since those are in fact storytelling mechanisms of choice for David Lynch.

Keeping this constraint in mind will stop us from going off on tangents that are disconnected from the plot as we’ve been shown it; to wit, the meaning of significant visual and audio cues need to be determined in their immediate context and in what has come before to find meaning, without any appeals to plot devices that we have no evidence for. Hopefully I have laid my thinking clearly on the table.

So it is with this set of assumptions that I will set about analyzing the character of Judy and illuminating the central mystery of the show’s plot. 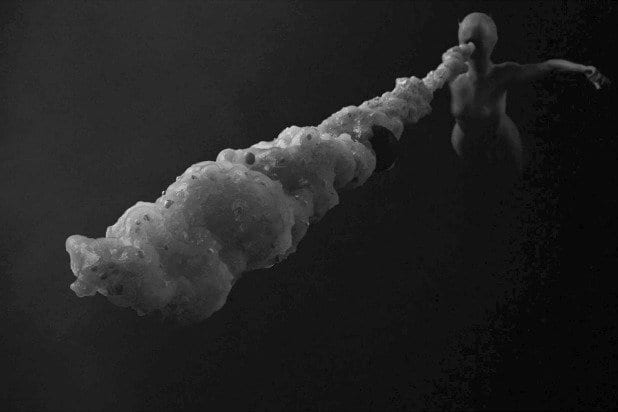 I believe Judy is a demonic entity that uses Sarah Palmer as a home-base and conduit, thanks to the Frogmoth/Jumping Man spawned from her egg in Part 8 eleven years after the nuclear bomb goes off and evil is released. It’s signposted quite explicitly, whether it’s said aloud or not (Why would it be? “It can’t all be said aloud now,” after all). My main reasons for thinking so are:

So basically, it’s Occam’s Razor. The more elegant solution—that these are all related—is more likely and makes more sense than every one of these points being deception or something unrelated. Why else include all the weirdness with Sarah Palmer at all, instead of just showing her as a sad alcoholic with a few scenes like other denizens of Twin Peaks who have small cameos? She’s clearly central to the story, along with Judy. 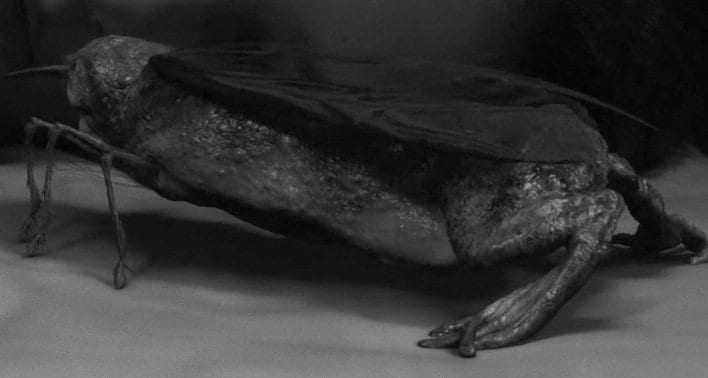 What does Judy do/where is she?

I’m going to lay out Judy’s interaction with the plot here. I am quite certain about most of this interpretation because it relies only on repeated audiovisual clues and a linear interpretation of events, not alternate timelines and dimensions or multiple storylines divorced from each other to try to explain discrepancies. I believe Judy—or at least indications of her—is shown to us a lot, and tying them together is the main mystery of the show in terms of the plot itself.

Judy is elusive, hard to find, and seems to be present in a lot of places. She is powerful but not confrontational, unless she is discovered. I think—based on where we will see her appear in the plot— that Judy hangs out in electronics and the power lines and is therefore monitoring many plot developments. I’ll detail some specific places below where this is happening as we go episode by episode.

This ability to listen in is why she shouldn’t be mentioned or discussed unless you have a proper reason to – she’s paying attention. Gordon seems aware of this, for instance, when he jacks up his hearing aids to whisper with Albert after their interview with Mr. C. I think he’s worried about Judy eavesdropping. This dovetails with Sarah Palmer seeing TV shows related to plot events or saying “men are coming,” as well as the frequent shots of buzzing power lines and seemingly random electrical noises related to certain events, usually involving Mr. C or those connected to him. Judy wants to be with BOB again like the good old days, and to hold onto Laura, so she’s watching the Blue Rose team as well as Mr. C and trying to get them where she wants them. Both of those factions, on the other hand, want to capture, defeat, or use her somehow. Only some people are aware that Judy is watching.

Judy manifests in several forms in the story that are mostly indirect: the Experiment, Sarah Palmer, the White Horse, the Frogmoth, perhaps the Jumping Man, and most importantly: electricity and sounds! There are tons of strange audio cues, and if we follow the Fireman’s warning to “listen to the sounds,” we find lots of little things that I will explore more in the blow-by-blow for each episode. If you need some convincing, here is the “sound” that the Fireman played plus three other occurrences of a heavily distorted version:

The first is from the opening scene. The second is when Richard Horne stops to wipe off his truck after running over a little boy in Part 6. The third is in Part 15 when we see a shot of power-lines and it seems something is traveling through them. The fourth is from when Diane and Cooper “cross over” in Part 18. They are all more-or-less distorted versions of the original “sound” made to sound like electricity, and I take that as meaning Judy is present or nearby. The “sound” is also repeated without modification when Laura disappears again in Part 17—as we know—and that’s why I interpret Judy as being the person who takes her away. It reoccurs at other parts as well, which I note below for readers to find themselves.

Judy is basically the BOB of this season, though she operates on a much larger scale and has a habit of hiding or not showing her true form. I like this a lot, because Twin Peaks is a mystery show, after all. The advertisement campaign before the new season’s release included phrases like “It’s happening again” and missing posters for Laura Palmer. The central mystery of the story in my eyes, then, is “what is this entity that has done something to Laura Palmer (again) and must be defeated?” My answer is Judy. The basic plot of the first couple of seasons is here, but writ large. Also just like BOB in relation to Leland’s crimes, you can read Judy as an abstracted depiction of the crushing guilt and sorrow of Sarah Palmer somehow made manifest.

We’ll explore more of the when and why as we explore each episode, but I hope these points have shown you that you need to be listening and watching carefully—above all—to connect the storytelling dots and find Judy, and that Judy is actually right under our and the characters’ noses the whole time.

So without further ado (and going chronologically episode by episode): 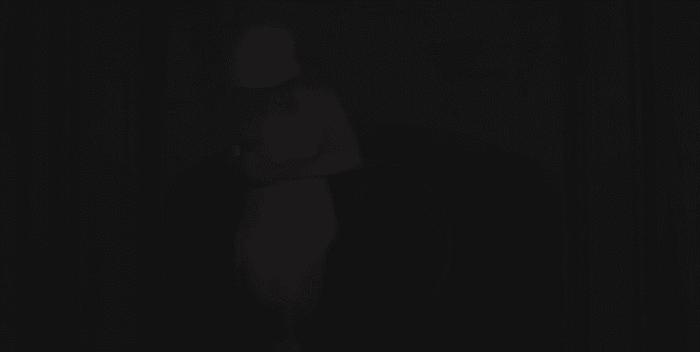 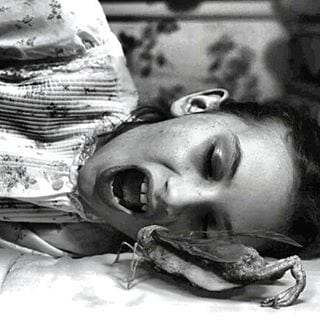 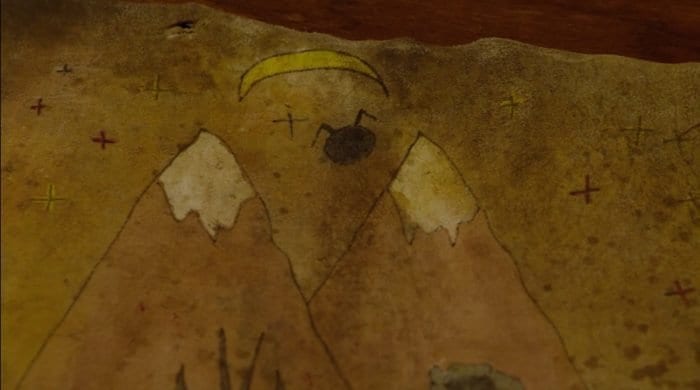 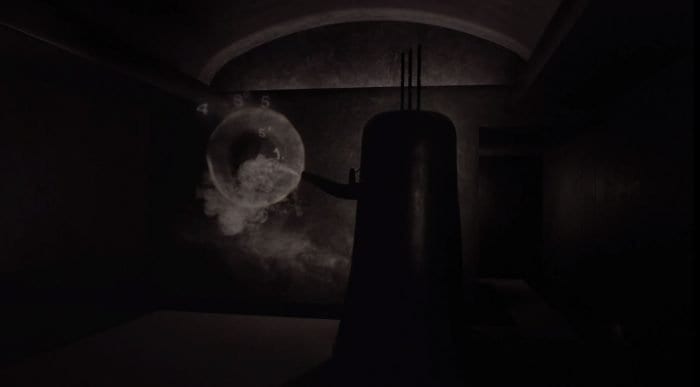 Judy—like BOB before her—is our antagonist, and she is an ambiguous one on that. She embodies certain evil qualities—like obsession and negligence—that leave us wondering if she is nothing more than the evil sprouting forth from the mind of Sarah Judith Palmer in her grief and forcing itself onto the world. I don’t think the literal villain I have traced here and the abstract concepts that she embodies have to be kept apart. She is both the pain and obsession of Sarah Palmer made manifest as well as the being that lives off of it and channels it to its own ends, hoping to fully enter the world and join with BOB, who himself embodies and feeds off other aspects of evil

The beauty of this show in this—as in so much else—is that it is both a quest in literal plot terms as well as a quest on the part of the characters to master themselves and seek spiritual peace and harmony. The ending is both the literal defeat of the electrical horrors inside the Palmer House, as well as perhaps a chance for Laura to finally put to rest and release all the trauma she was made to forget as she was held onto as a living memory by her mother. She breaks free from the dark heritage of her family and asserts her personal light, and she does the same on a cosmic level and breaks the terrible curse that Judy is spreading into the world. It’s dark and mysterious and disturbing to watch, but—perhaps—it’s not such a bad ending as it seemed after all.