On October 6, 2014 dual tweets from David Lynch and Mark Frost stating, “That gum you like is coming back in style,” hit the fan community like an earthquake. It propelled a tsunami-like wave throughout the world of Twin Peaks that would continue until the Season 3 premiere on May 21, 2017, when the wave finally broke. It took the entire summer of 2017 to finally roll back, wading fans in deep water that pulled and sloshed around them as they attempted to digest what their eyes were seeing week to week. What was left after the finale was a beach laden with broken shells and debris for fans to try and piece together ever since.

To quote Hunter S. Thompson from Fear and Loathing in Las Vegas, where he used the wave analogy to describe what it was like to be alive in San Francisco during the 1960’s saying:

“So now, less than five years later, you can go up on a steep hill in Las Vegas and look west, and with the right kind of eyes you can almost see the high water mark—that place where the wave finally broke and rolled back.”

In the case of Twin Peaks, especially for fans who loved the show since its original inception in 1990, no matter their age or location in the world, it would seem we can now also look back and see Twin Peaks’ high-water mark—that place where a dream we never believed would come true did, and devoted fans were all alive to be a part of it.

However, the road to The Return wasn’t easy. In fact, despite it being a period of great excitement, it was also a period of uncertainty, and, at times, sadness. It was marred with death, network issues, and strangely, it also came with the heavy influence of social media. It was a period of time, roughly two and a half years, that birthed an explosion of books, podcasts, blogs, fan art, websites, music, magazines, and general creative fanfare that the world of Twin Peaks had ever seen before. Fans were full of vigor and anticipation as they geared up for that two-hour premiere, and for many fans, this period of time united, befriended, and seduced them. 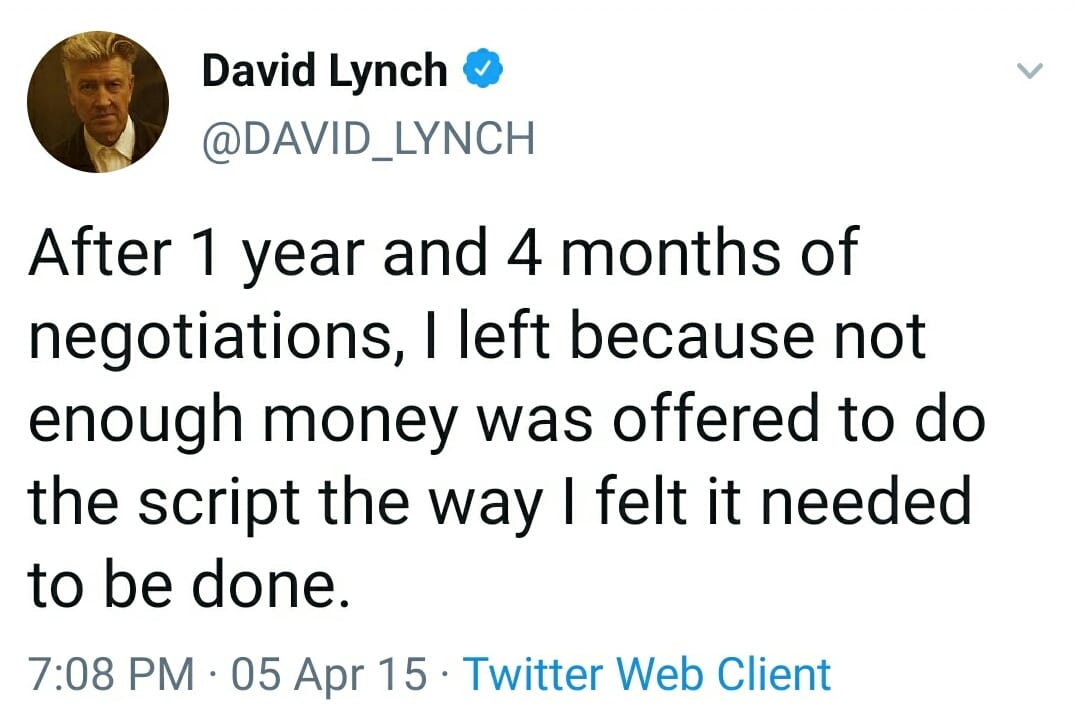 The first roadblock the community experienced was when David Lynch announced on April 5, 2015 that he was pulling out of Twin Peaks. The news caused fans’ hearts to collectively sink, who up until that point, had been eagerly waiting for updates on the show’s production. Instantly, there was an intense outpouring on social media. And thankfully, that outpouring was also embraced by the actors. The #SaveTwinPeaks campaign was launched, which included a special video made by a group of the actors. You may recall, “Twin Peaks without David Lynch is like…” where Dana Ashbrook, Sheryl Lee, Sherilyn Fenn, Madchen Amick, Peggy Lipton, Al Strobel, James Marshall, Catherine Coulson, and many others all gave their take on what Twin Peaks would be like without Lynch.

The video quickly took off and made the rounds across social media. In response to David Lynch’s withdrawal, David Nevins, Showtime’s CEO, stepped in to sort out the details, the results of which were positive. On May 15, 2015, David Lynch announced he was returning to the project, and in even better news, they were going to produce 18 episodes rather than nine, which was the original plan. It was later hinted at by some of the cast that the #SaveTwinPeaks campaign might have had some influence on Lynch’s return. 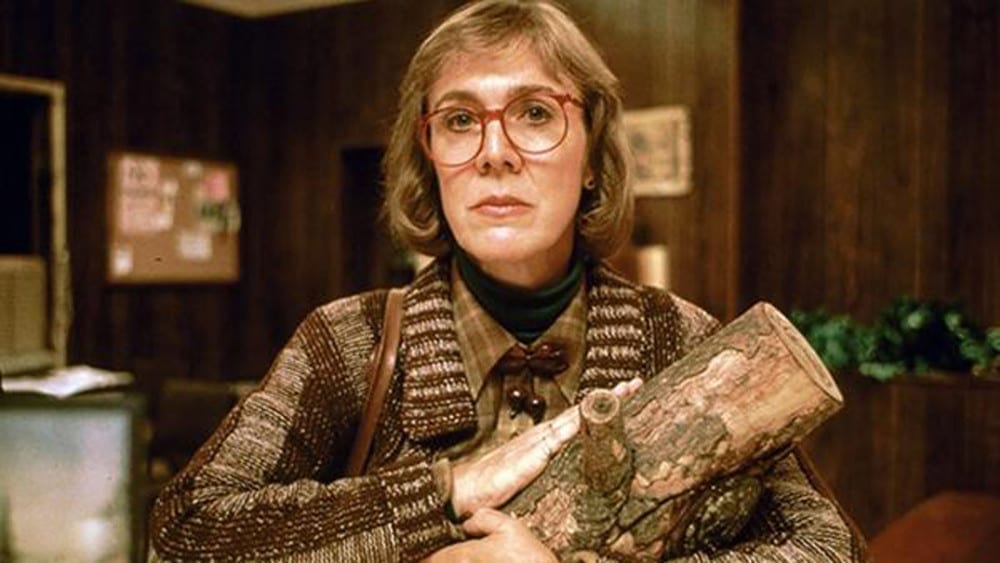 Fans who attended the Twin Peaks Festival in July of 2015 were delighted when Catherine Coulson was a special guest. However, sadly, it was only a couple months after that, that the tragic news of her death was announced on September 28, 2015, and fans in the Twin Peaks community were rightly devastated. The Log Lady had been a guiding light in the series and her loss cast a dark shadow on the excitement of the show’s return. It didn’t seem possible that Twin Peaks could feel like Twin Peaks without her. Yet, there was a shred of hope when it was rumored, and then later confirmed, that David Lynch had filmed one final scene with Catherine as The Log Lady. 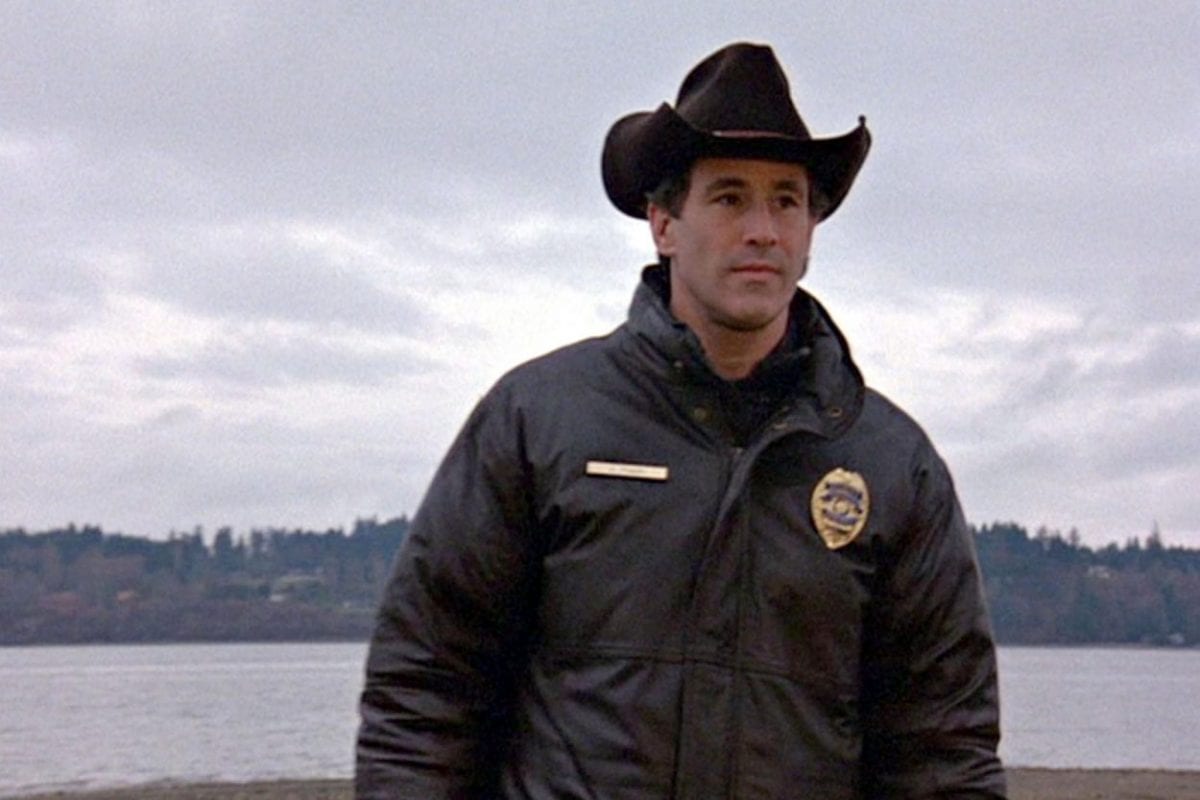 Up until the fall of 2015 it appeared that Michael Ontkean was on-board to reprise his role as Sheriff Harry S. Truman for the Twin Peaks revival. However, for reasons that are still unknown, he ultimately decided not to come back to the series. Fans were crushed by the news, and the idea of a recast seemed unfathomable. The partnership turned friendship that Harry and Dale Cooper shared in the original series held a very special place in many fans’ hearts. Harry S. Truman was, as he so aptly put it, “a bit like Dr. Watson,” to Dale Cooper, and in that the audience related to Harry, because fans were going along for the ride with Dale just like Harry was. It was later confirmed that Robert Forester would play the new town sheriff, but it wasn’t clear until the show’s premiere that it was actually a new character, not a recast. 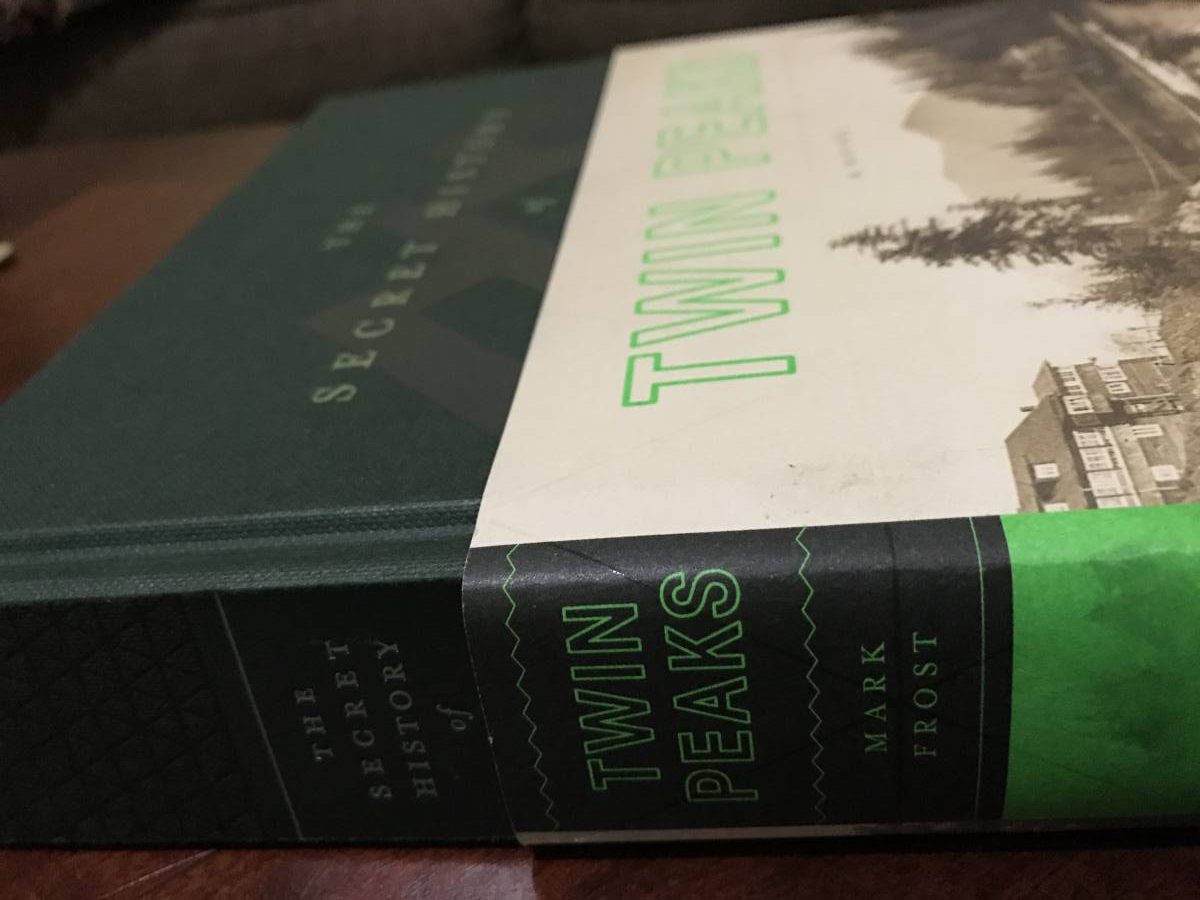 In the fall of 2016 the anticipation of the premiere was growing with feverish intensity. When Mark Frost’s book The Secret History of Twin Peaks was released, along with his subsequent book tour, fans were thrilled. The book was a brilliant feat of writing and it created a mystique all its own. The detail and narrative was incredibly intense and the questions the book posed also felt wonderfully Twin Peaks. The Secret History truly set the tone for the momentum that the show’s return was building within the fan community. At the time, fans were quite confused as to why so many elements inside the book didn’t seem to match up with the original series. Whether they ultimately chose to view the book as Twin Peaks canon or not, there is no denying the initial thrill it offered as the first new piece of Twin Peaks since Fire Walk With Me. 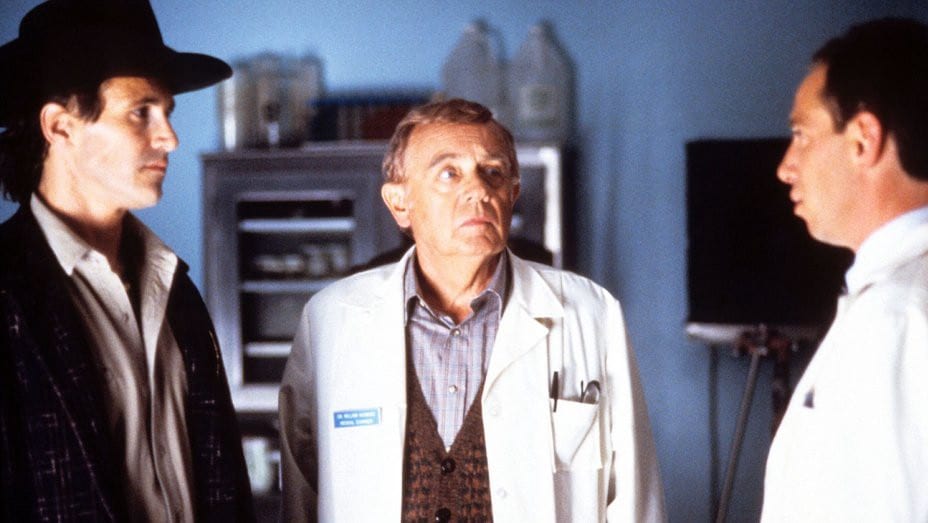 The winter of 2017 was a sad time for the Twin Peaks community. Despite the rapid increase of excitement brewing, the harsh reality of death was undeniable. On January 19, 2017, Miguel Ferrer, our beloved Albert, passed away. Although filming was long since complete, and included Albert Rosenfield, losing Miguel was a terrible loss. That sad trend followed when Warren Frost, our dear Doc Hayward and also Mark Frost’s father, died a short time later on February 17, 2017. The one-two punch of their absence was acutely felt across the community. The one ray of light offered was that Warren Frost was also able to film one scene for The Return. 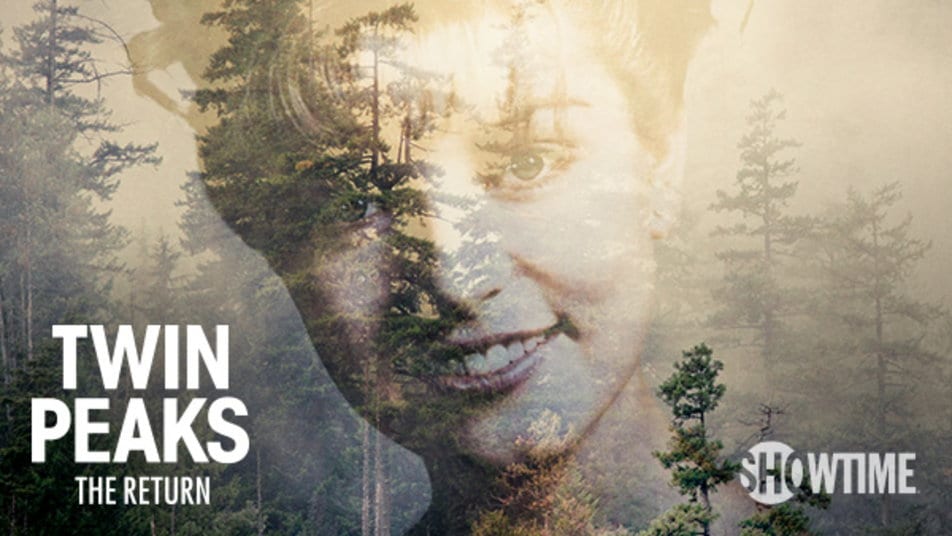 In the spring of 2017, suspense and excitement for The Return was mounting, and Showtime capitalized on this by embracing the fan community in a variety of ways. By branching out on what was already a robust community of active fans, Showtime got the fans to work with them to help promote the show. They hosted a variety of events, including a weekly Sunday watch party of the original series on Twitter. They sent out swag bags, hosted events especially for fans, and they even brought Twin Peaks to the SXSW Film Festival, with a special appearance from Kyle MacLachlan. Their efforts worked to unify fans across social media, which continued with a force right up to the premiere on May 21, 2017. 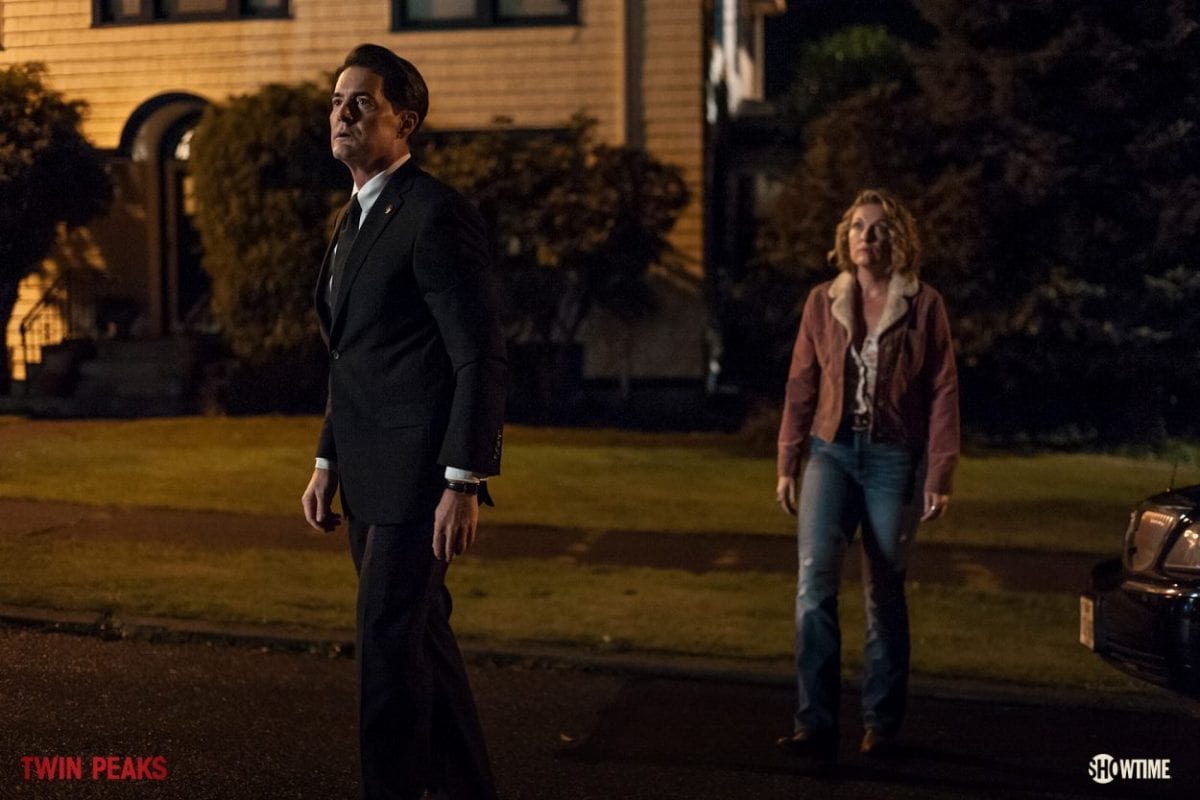 When Twin Peaks: The Return premiered, I can remember feeling, despite my enthusiasm, almost overwhelmed by those first two hours. It had been so long since the original series had ended, and the build-up to it had been a journey all its own. Immediately, I knew it wasn’t the same show, but that was just fine. I knew from quotes describing the new series as, “It’s the pure heroin version of David Lynch,” from Showtime CEO, David Nevins, not to expect a return to the old, and right away it felt more like a David Lynch film. At times, like many fans, I didn’t know what I was seeing week to week, or if it would ever come together, but I was surfing the wave nonetheless.

When it ended, truthfully, I didn’t know if I loved it or resented it, because the original series had been my home—it was a sanctuary for me growing up. It was always my secret escape whenever I wanted to lose myself in the world of Twin Peaks. During the summer of 2017, a time that went by too fast in my opinion, I drank full and descended on new Twin Peaks. I was riding a high during this period of time. I was immersing myself fully in my passion for the show. I tried new things as a writer. I met new people, which was a challenge for me. I found commonality with people I had only known through social media, yet we bonded over Twin Peaks and David Lynch and became friends. It was all so beautiful, and strange, and I’m thankful for that experience. However, Season 3 of Twin Peaks also taught me a life lesson that I wasn’t expecting: you have to always move forward, you can’t look back. What once was, will never be again and there is no escaping that reality.

That special time before Season 3 premiered, when the unknown was magic for the imagination, makes it easy to see in hindsight, and to appreciate, how the beauty of anticipation gathered fans together in solidarity, and that’s a beautiful thing. We should be thankful for what we got, because if there were to be a Season 4, then we’d be asking at the end about a Season 5 and so on. It would never end, and in time the series would be a shadow of its former self. Perhaps now the message we need to consider is that it doesn’t matter what year it is, it only matters that we were there. We lived inside the dream; the stars aligned and a time presented itself—then the wave broke and rolled back—at least for me.