In the absence of facts, tell stories.

In Twin Peaks: The Return‘s Part 8—“Gotta light?”—David Lynch’s “pure-heroin” transition from micro to macro closes with an unidentified Girl in 1956 sedated and occupied by an otherworldly being. Who is she?

Give in to Twin Peaks. Watch, absorb, enjoy. Most importantly FEEL. This show is so overtly emotional that it is about emotion. In order to understand, one must patiently open up and empathize with its characters. Trust the process. Give in to DL+MF. Receive and imbibe.

This is the water.
And this is the well.
Drink full
And descend
The horse is the white of the eyes
And dark within 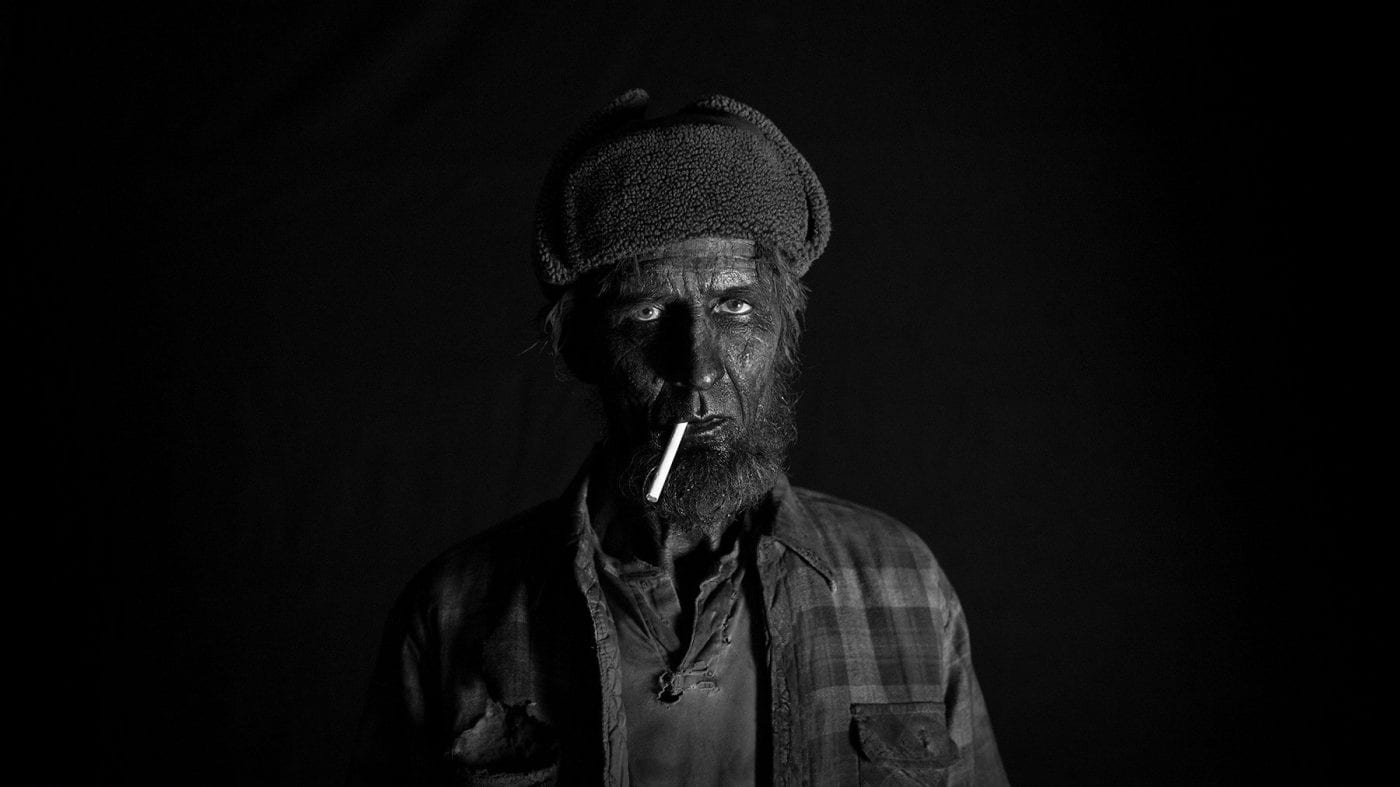 Wow, so sorry, got sidetracked, not sure what came over me there, where were we…

“Maybe that’s all BOB is. The evil that men do. Maybe it doesn’t matter what we call it.”

Albert Rosenfield had it half right. Literally.

We abused Mother Nature and attracted some definitively malicious otherworldly beings. They were here all along (read: The Secret History of Twin Peaks), but 1945’s nuclear bomb added fire to their fuel.

There’s the Black Lodge and White Lodge, with the Red Room as their shared way station. Garmonbozia (“pain and sorrow”) is their sustenance. Think about Sci-Fi where aliens come to earth to feed on our water. In Twin Peaks and Twin Peaks, they feed on suffering.

Woodsmen are agents of the Black Lodge.  They till the earth’s metaphorical soil for the reaping of Garmonbozia. The zombies of John Carpenter’s The Fog meets the Strangers of Alex Proyas’ Dark City. The convenience store in the test town of the nuclear site is their gathering point as well as storage facility for Garmonbozia. This sequence is a time lapse of up to ten years. Activity starts slow and increases as smoke and fire move from within, spawned from Black Lodge, to without, spawned from humans.

In 1945, we set off a nuclear bomb in New Mexico. The explosion reverberated through non-exist-ence where it reached the Experiment (the Mother-figure who ripped apart Sam and Tracy). Fire fertilizes one of the otherwise regular evil spawn eggs into something new, something evolved—BOB. BOB is literally fathered by the evil that men do.

The explosion’s reverberation also ensures a message to the White Lodge. Just as Black Lodge has Woodsmen, White Lodge has boots on the ground. Intermediaries ???????? (master version or incarnation of Giant) and Señorita Dido receive and send that message, a golden orb with Laura Palmer’s prom queen portrait inside (not actually Laura), down to earth directed to The Arm, Mike or an equivalent. Prepare for battle, Laura Palmer is the playing field.

This is the water.
And this is the well.
Drink full
And descend
The horse is the white of the eyes
And dark within

Pathos is a quality that evokes pity or sadness—emotion. Our pathos is to Lynch what Garmonbozia (pain and sorrow) is to the Black Lodge.

The final sequence features the emissaries of the Black Lodge convening to destroy the innocence of David Lynch’s youth (born 1946). The brief macro foray ventures back to micro; New Mexico replaces Twin Peaks for this history, and Girl replaces Laura as the narrative and emotional centerpiece. Lynch gives her all the stuff needed to rip hearts out. She’s sweet, innocent, beautiful, with her whole life ahead of her. 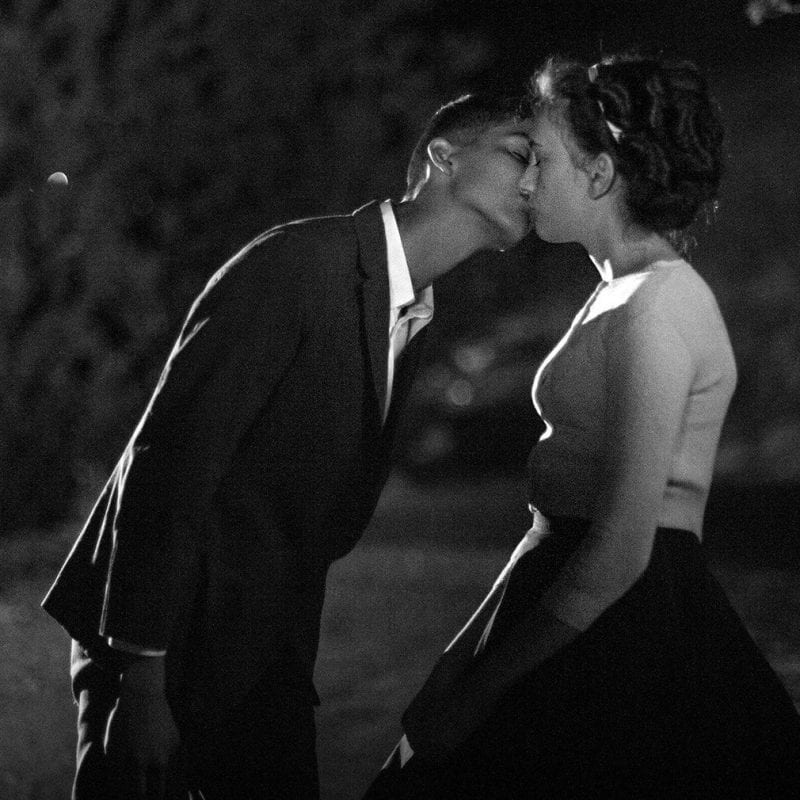 This Boy though…why couldn’t he just walk her home without asking for anything. Or leave after asking to kiss her once? Let it happen when the time was right, after more time passed since Mary. It’s not “good luck” that she needs, but unconditional love and support. Yet he pushes, and she gives in. He might as well have said “bite the bullet, baby.” The evil that men do.

Cut to a Woodsman “descended from pure air.” He asks humans for fire, taunting them with the birth of their demise and ignorance of certain doom. He welcomes the new arrivals on the electronic radio, announces feeding time. Humans’ pain and sorrow is the water. Earth is the well.

The Woodsman puts the town to sleep with rhetoric (read: abject public open to influence of propaganda). The hatched creature sneaks into our Girl’s room through the window (like BOB did Laura’s), and crawls inside her mouth, beginning a dark path her life is doomed to take on. This hatchling is not BOB, and there are many more, but Lynch focuses on her because as a certain show proved back in 1990, nothing brings out pathos quite like the downfall of a beautiful innocent girl.

Like New Mexico’s nuclear bombing, Twin Peaks exists upon another atrocity. The colonization of America, as detailed in The Secret History of Twin Peaks, saw the relocation and slaughter of thousands of Native Americans like Deputy Hawk’s ancestral tribe the Nez Perce. The Black Lodge fixes its attention on areas with fear and built in evil, where pain and sorrow flow plentifully.

Gotta Light?, properly beginning after The Nine Inch Nails’ performance, is an intermission in the 18 hour film that is Twin Peaks: The Return. It’s an origin story where “the evil that men do” invites the Black Lodge to feast on Garmonbozia. This micro narrative, mostly outside that of Twin Peaks, provides the macro framework by which to understand our real story—pathos.

You can (and should!) follow Sean on Twitter and IG at @sdotglass or via his company handle @smalldifference

In Part 8 what we experienced was undeniably some manner of back story. The point of view that we walk away with is different from person to person. Who’s backstory is this? BOB’s? The creation of Evil? Laura’s birth? Her rebirth? Or something else entirely. 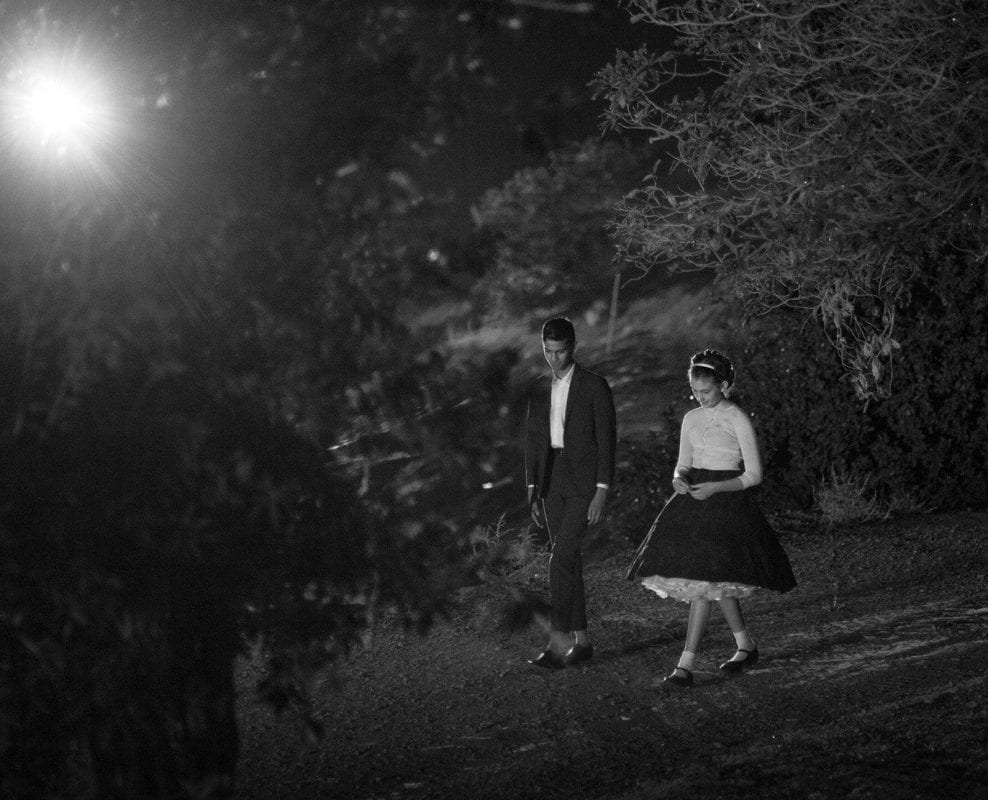 for more information!) as evidence that neither option A or B are valid, because of the birth dates that they provide but, I would like to propose that the mere existence of The Secret History of Twin Peaks makes all options a possibility. Time is relative, at this point in the Twin Peaks universe, or, it is at least until further evidence is provided to us.

Of these three options, I’m not partial to one over the others. They all have their merits, though their probability varies depending on how you understood what happened in the nuclear detonation. Let’s just start with the Cooper possibility. Before the new season premiered I wrote an article about the Moonchild, and postulated that Cooper might be that entity. If that’s the angle one takes, I can see Cooper and his mother as being a possibility. I think that of all three, this is by far the weakest position, despite my continued belief that he might be the Moonchild. It just seems unlikely, considering that he didn’t really have anything to do with the 1950’s plotline.

Laura makes the most sense, considering what we see directly before hand, and in direct response to the nuclear blast. Scene progression, however, has already been shown to mean very little in terms of time progression, so that might not be the best detail upon which to hang this argument. Perhaps she has been created in opposition to BOB and we are seeing her actual conception. Or, this could even her rebirth, torn from the Lodge (as witness by Cooper) but replaced, back in time. Who knows! More about this theory can be found in this article).

One theory that I saw floating around Twitter is that this is actually Maddy. I like this theory because it hangs on the same ideas about Dougie (his being manufactured), going all the way back to her introduction as a character, wherein she is, obviously, Laura’s double. What with Dale having a manufactured double, Laura’s double being manufactured would make a lot of sense. It also accounts for the discrepancies in year and age, in terms of Maddy’s mother vs. Sarah.

But what if it’s something more sinister? What is the frogroach is actual an evolution of BOB? Or maybe an early lifecycle for him? I was seriously creeped out by the frogroach, mainly because I’m terrified that bugs crawl into my mouth while I sleep. I know, it sounds irrational, but let’s not focus on that right now. This creature is a mutation, a product of the nuclear blast. It hatches from an egg, like those which the “Mother”/Experiment was spewing forth. We also know that Lodge entities do evolve, as seen by the Evolution of the Arm. There’s nothing more sinister that the image of a sleeping, innocent child being violated, in any way, just as Sean states in his argument. For these same reasons, I claim that this is indeed BOB, not, as he suggests, something entirely new. It makes sense, at this point, to be introducing fewer new elements, and rather, filling in gaps. If everything else we got in this Part revolves around BOB, then it would make sense for that focus to continue. 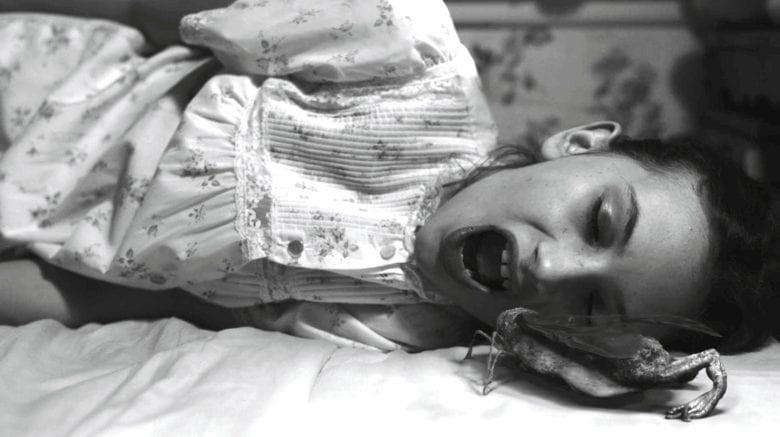 Secondly, the mission of the Woodsmen, I think, contributes to the probability of this theory. Think about this – The Woodsman is searching for a ‘light’, correct? Yet the poem that he recites is focused on water:

This is the water, and this is the well. Drink full, and ascend(descend? It’s been in question).

The horse is the white of the eyes, and dark within.

So you have a Water associated entity looking for a light. And what is BOB’s rhyme?

Through the Darkness of Future’s Past, the Magician longs to see.

Once chants(chance? Again, still in dispute after all these years) Fire Walk With Me.

BOB is a fire associated entity. Could he be the light that they Woodsman is looking for? With the frogroach on the move in the same area and at the same time as the Woodsmen, I think it’s definitely likely.

Again, on the other side, it’s been argued that, since we’ve now seen Laura in a glowing golden orb, she might be the light that the Woodsmen are searching for, but I much prefer this Fire/Water correlation. It makes a certain sort of harmonic balance. Two elements being so prominently featured in poems? I think that there might be something more to it than coincidence. And we all know that Dale Cooper says about coincidence…