In Part 1, we looked at the history of the Manhattan Project and the atomic bomb, and the ways in which Lynch and Frost mined this terrible series of events in human history for (literal) gold as well as tying it directly to the evil that exists within the Black Lodge. Part 8 of Twin Peaks: The Return gave us a tremendous glimpse into the background and mythology of this world, and tied in very strongly to events depicted in Mark Frost’s 2016 epistolary novel The Secret History of Twin Peaks, perhaps more strongly than any of us were expecting. What are we to make of the now apparent links between the history of Twin Peaks, the Black Lodge, the occult practices outlined in Mark Frost’s book, and the atomic bomb?

As 25YL contributor Gisela noted in her fantastically detailed articles on the subject, alchemy is woven into the very fabric of Twin Peaks by design. What came as a surprise to me when researching this after the events of Part 8 was just how linked to alchemy the processes behind the atom bomb truly are. 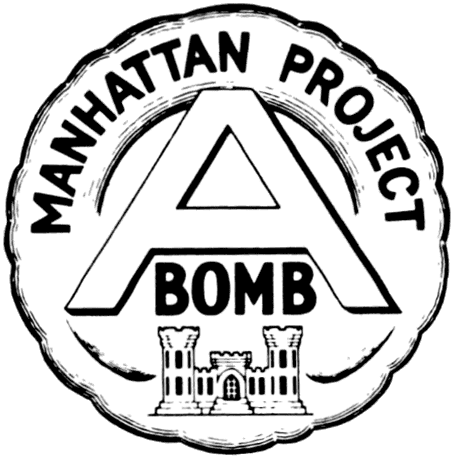 The S-1 Uranium Committee of the Manhattan Project—a group which traces its origins to the Szilard-Einstein letter to Roosevelt (and which used to conduct meetings at Bohemian Grove, for that extra occult kick we’re all here for)—was formed to look into ways to develop and weaponize nuclear technology using uranium before the Nazis managed to do the same. One of the methods they were looking into involved creating plutonium—a highly fissive transuranic element particularly well-suited for use in nuclear bombs—from decaying uranium isotopes. It is produced in a process known as nuclear transmutation…and if you’re familiar with the world of alchemy, you’ll know that transmutation is where it’s at.

It’s often said that changing base metals to gold was the singular focus for alchemists throughout history. But as Gisela points out, that’s not strictly true, at least insofar as alchemy is related to the occult. There is a metaphysical element that cannot be satisfied simply through transmutation of one metal to another; the search for the soul’s purification is what they were really after. Thus, strictly speaking, it is not correct to say that the scientists and researchers of the Manhattan Project were alchemists, at least not in the occult sense of the word.

But what if the development and deployment of a transmutated and weaponized plutonium bomb—while not occult in nature—also happened to unleash dormant supernatural forces that fall within the sphere of occult influence?

our world and the Black Lodge has been thoroughly explored since the airing of Twin Peaks: The Return Part 8. It’s worth noting at this juncture that that Jet Propulsion Lab co-founder and prominent occultist and Thelemite Jack Parsons spent the early part of 1946 conducting occult rituals (known as Babalon Working and based heavily on the writings and teachings of occultist Aleister Crowley) bent on conjuring the Moonchild into existence with his wife Marjorie Cameron, and that many believed these rituals opened a portal to Hell (known as Devil’s Gate and located in Pasadena, CA). Sure, his rituals were based on sex magick more than straight up transmutation. But as many people have noted regarding Part 8, the reproductive symbology is strong. (And we’ll get to that in a minute…)

As stated above, occult alchemical transmutation involves more than just basic metals; it’s an interior process, one that involves, as the Jack Parsons who appears in Frost’s novel says, “transforming the ’base metal’ of primitive man into the ’gold’ of an enlightened soul.” (p. 245)

Gisela taught us that the final step in the process, called coagulation, leads to:

“Gaining of a confidence beyond all things. [Experiencing] a second body of golden light coming out of the crown chakra (the top of the head). This is the highest evolution of the mind. This steps means you find the Philosopher’s Stone, that allows existence on all levels of reality.

This sounds an awful lot like what The Giant/??????? undergoes after witnessing the birth of the atomic age in the movie theatre, doesn’t it? Could the explosion of the first atom bomb—a “triumph” of nuclear transmutation—have triggered the start of the alchemical transmutation that leads to the birth/rebirth of Laura Palmer?1

If you’ll permit me, I’d like to take a brief segue into the realm of the birth imagery that peppers Part 8 (and indeed much of The Return). It can’t be a coincidence. DougieCooper is birthed from the electrical socket; he appears to be covered in mucus and, much like an infant, requires constant attention and help to navigate the world he’s been brought into. Wally Brando’s birth is given a lengthy explanation when it comes up. Just within Part 8 along, Mother/Experiment appears to “ejaculate” a stream of eggs (including BOB) just after the initial nuclear explosion sequence; one of these eggs appears to hatch later on, after a gestational period of 11 years, producing a half-frog/half-cricket (or perhaps locust? Check off two Biblical plagues in one grotesque creature…) that finds a host in the young girl we meet in the final minutes of the Part. BOB himself, trapped inside a bulbous, inky black egg sac, appears to be removed (rather unsurgically) from Mr. C’s stomach by the Woodsmen in a process not unlike a Cesarean section; the way the Woodsmen hold the egg up to Ray, followed by lifting Mr. C’s head, mimics the moment when a mother meets her newborn for the first time. Could the doppelganger have birthed BOB after being “seeded” by Mother? 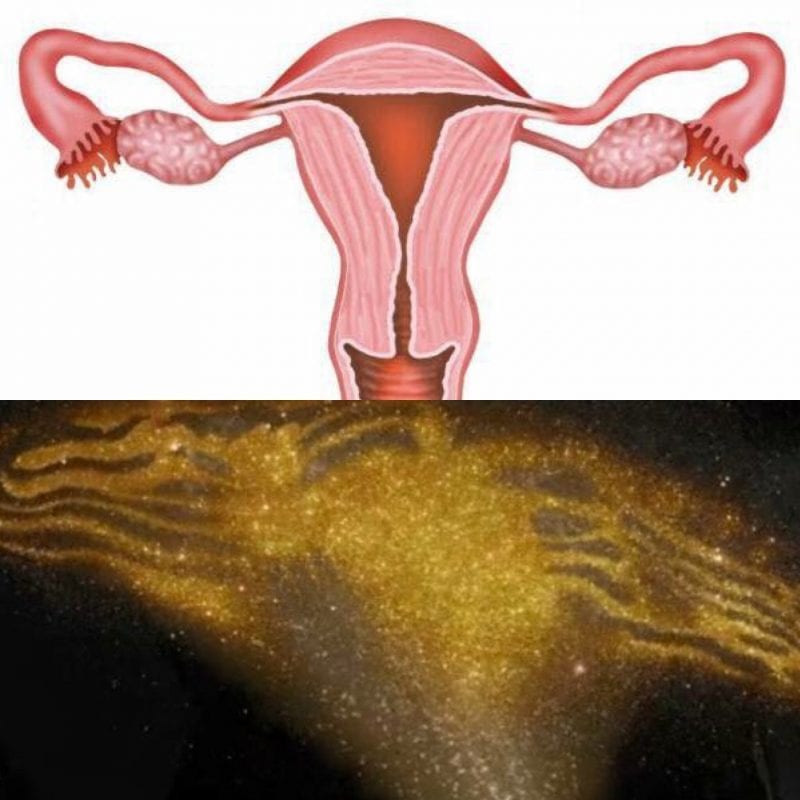 The biggest and most striking of these scenes takes place in the movie theatre of the black and white “home” that The Giant/??????? and Senorita Dido share. After witnessing the birth of the Atomic Age, The Giant levitates and performs a kind of alchemical ritual on his own—above his head—indeed coming from his head—a cloud of golden dust forms. At first it is shapeless and drifting, but it eventually coagulates into pathways and and channels that strongly resemble the female reproductive system. From the centre of this golden womb, a perfect golden sphere is produced. Some part of Laura—whether it’s her soul, her potential, her entire corporeal being, some manufactured doppel-Laura, or some other option is up for debate—is presumably contained within, represented by Laura’s Homecoming Queen portrait. This sphere is blessed with a kiss by Senorita Dido and released into a golden machine (referred to in musical terms as much as in reproductive terms) that sends it out towards Earth via the theatre screen.2

One reading (of many) is that some part of the Giant produced some part of Laura, and the reproductive imagery seems to back this up. From an occult perspective, this is perhaps not unlike Jack Parsons’ Babalon Working rituals; if that’s the lesson we’re to draw from this, could we have witnessed the birth of the Moonchild by the White Lodge? Or, have we seen something else entirely—is Laura perhaps being reincarnated (for lack of a better word) as the divine sacred feminine, Babalon herself? 3

In point of fact, we simply don’t know. On the surface, we see a mythical character 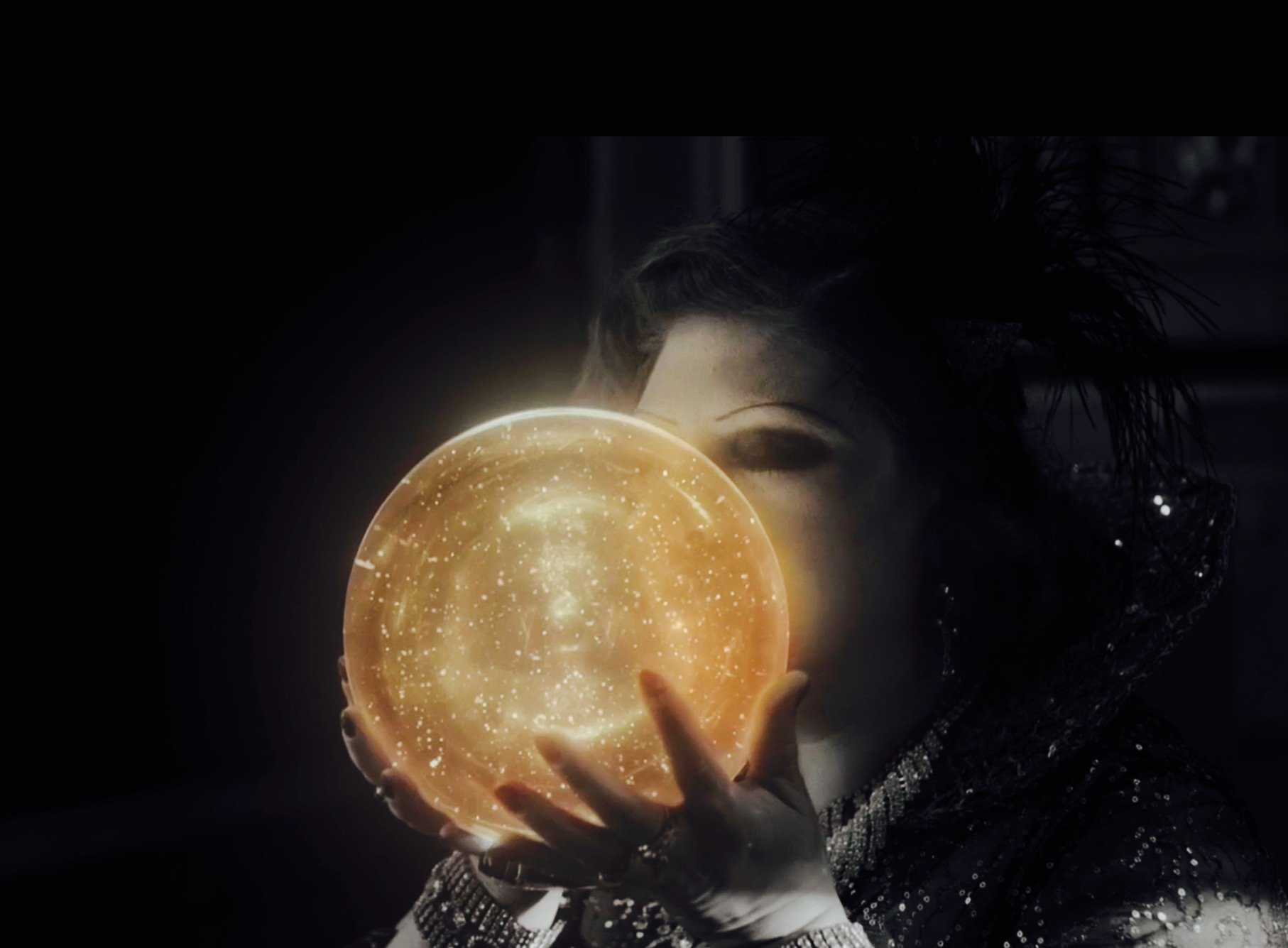 from the Twin Peaks canon produce a “second body of golden light” from his crown chakra at the top of his head. From this golden light is produced a golden ball, perhaps otherwise known as “the Philosopher’s Stone, that allows existence on all levels of reality.” It is as if a kind of occult transmutation has taken place before our eyes as The Giant reaches the highest possible level of enlightenment. All of this takes place in response to a triggering nuclear transmutation on the ground in White Sands, New Mexico on the morning of July 16, 1945.

The pieces all seem to be there. Perhaps all we can do is make of them what we will.

1 I call Laura’s appearance in the golden sphere a scene of “birth/rebirth” because it’s unclear at this point when exactly these events are taking place. The prodigious podcasters at Time for Cherry Pie and Coffee have suggested that perhaps time is moving backwards in the Lodge—or wherever it is The Giant/??????? lives—while time moves forward for us on Earth. This would account for his advanced age adjacent to the 1945 scenes and his relative youth forty years later, as he de-ages while we age. If that is the case and they are witnessing the events of the Trinity explosion in real time as it happened the first time, perhaps Laura is being birthed for the first time as well, sent to Earth in the form of a golden sphere (not at all unlike an ovum), to wait until it’s time for her to be born. But time could be even less linear and traditionally understandable and some other chronology could be at play. Perhaps The Giant has been searching for the genesis of this evil on Earth, or the exactly moment of BOB’s introduction to our world for some time; now that’s he’s found it, perhaps he’s regenerating Laura in order to do battle with the demon once and for all, knowing that she is strong enough to take him on. (I rather like this idea: not only does it provide her with agency she would be lacking if she was simply pre-destined to suffer and die at BOB’s hands, it recognizes Laura’s importance and turns her into a hero not just for her own story but for everyone’s).

2 It’s interesting that all of these takes place inside a movie theatre, a place of illusion, where images move and stories are conjured on massive screens for huge audiences. It’s a spectacle, and Lynch/Frost are putting on a show while reminding us of the fact that it is, entirely a show.

3 Babalon is a character found within the Thelema religion, a close analogue to Mother Earth. She is often depicted carrying a sword on her belt (not unlike the one thrust out to Sheriff Truman in the unused portion of the S2 finale script) and is represented by a Chalice or Graal (Grail). Could this be the source of Dale Cooper’s Grail Quest after all?

It was posited by by Joshua Brookshire on the latest Boob Tube Buddies podcast episode that perhaps the frogbug/cockfrog/fricket creature spawned in the desert is a homunculus created out of the explosion. I didn’t really get into that here…perhaps that’s for another day, definitely after I school myself a bit more on the subject. But I highly recommend Joshua’s spin over at BTB as well as Counter Esperanto podcast for some deep looks into the occult influences of Twin Peaks. And definitely check back here for more from Gisela!