Welcome back after a weeks absence! This latest installment of TWIN PEAKS saw a lot of things happening, but not quite as much on the Dougie front. A couple weeks back, I suggested that we might see our Cooper within three parts. This is the second of that postulated three, and things are happening, whether it feels like it or not. I like to think about the whole Dougie angle as a really well thought out, intensely long game of chess. Each piece has to be on the board just so before anything major can happen, and all the steps taken to get there are integral to the plot. The pacing is a necessity, if you will.

Where we left off with Dougie!Dale, he was confronting Ike the Spike in a very, very Special Agent Dale Cooper-ish manner, with a little nudge from the Evolution of the Arm. People were praising him on television. And now? He sits, mechanically sipping his beloved coffee, with Janey-E at his side, dressed totally in pink and reminding me of a grown up, slightly less fashion forward Elle Woods. Inside the Detectives Office, Buschnell, Dougie’s boss, is being questioned by the Detectives Three.

Some interesting information of note gleaned from that converstation:

After Bushnell leaves, the detectives chat a bit among themselves and we learn some even more enticing information. No record of Douglas Jones exists prior to 1997. There’s no implicit information as to how long ago 1997 is. If it was 12 years ago, and the information began with Dougie’s working for Lucky 7, that would make the present year 2009. I, however, doubt that to be the case, because he had to have enough information to get his job there in the first place.

The answer which our Detective Brothers consider is, not unintelligently, witness protection. It’s certainly a thought, however, my understand of witness protection is that they fabricate an entirely new history for you, not just enough to pick up where you left off. We obviously know that the lack of information is due to the fact that he’s been ‘manufactured’ for some purpose by a still unidentified someone/something. Now, however, we know that that happened in 1997. Kind of a random year, for that. If anyone else has ideas on why 1997 was the year, please feel free to share.

After a brief interlude where two brothers make fun of the third regarding a broken taillight, one asks if they should talk to ‘him’ again. “It’s like talking to a dog. And she does all the barking,”. These guys are real pinheads. Yikes.

The same detective who came up with the possibility of Dougie having been in witness protection comes up with the next great idea. He goes out with a new red mug of coffee, takes the old one and, lo and behold, the pieces are finally in place.

They intend to run prints and DNA. This is what I’ve been waiting for for a long, long time. This is an opportunity for the FBI to be alerted to Dale’s presence! This is a huge moment. Everything that’s happened to Dale, so far,  has led to this.

The detective returns to his brothers and the Sergeant  informs them that they have a track on Ike the Spike. Ike is back in his hotel, on the phone trying to contact “JT” whoever that might be, and downing two two fingers worth of Jack Daniels. Then, he packs and makes to leave. But not before the cops surround him. We discover here the answer to two parts ago question – Ike’s palm was the residue left behind on the gun! Nice going Dale!

Additionally, Dale’s progress is evident. He looks to the flag in the corner and hears America the Beautiful. When the secretary walks past, he watches her red shoes closely, for a number of reasons. The very first thing I thought of was Audrey. Secondly, Dale’s fascination with the shoes of the statue, and the fact that his were missing when he exited the lodge. After the secretary passes, his eyes track to an outlet. Dale is in there and he’s coming closer to the surface at every turn. 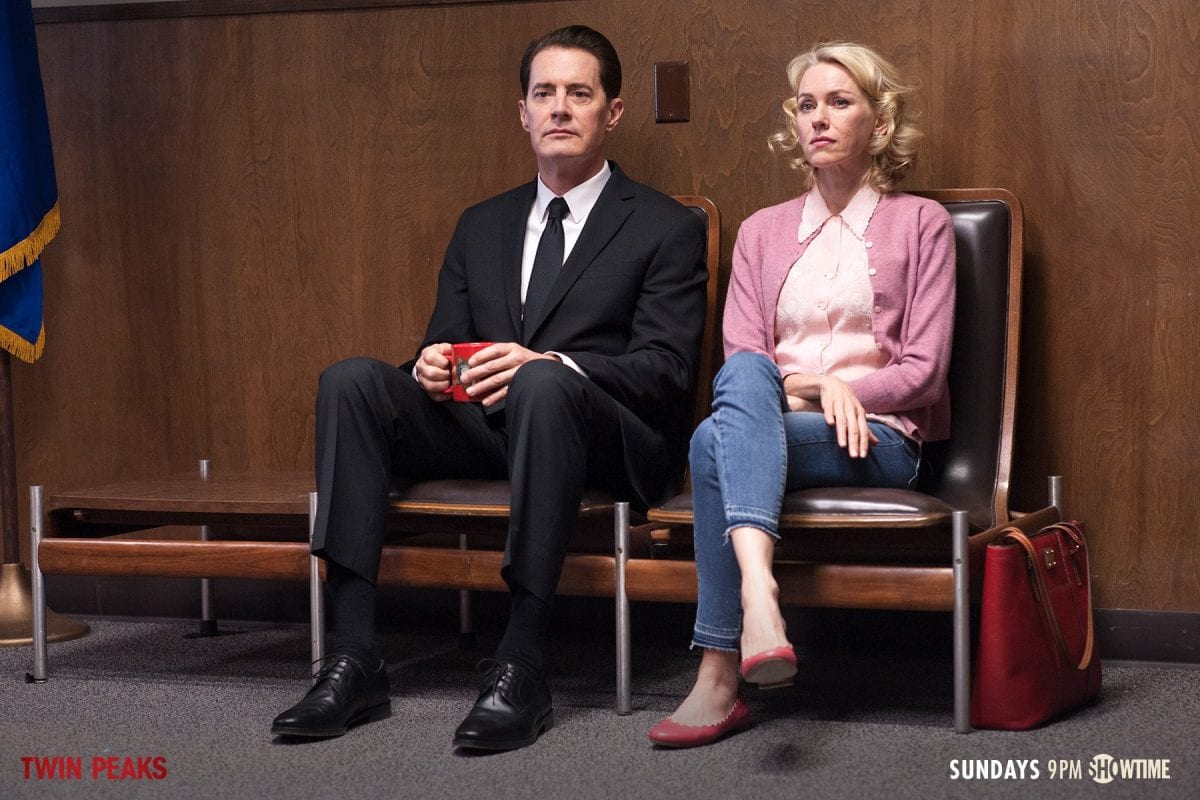 As things are moving along in each story thread, I can feel us moving towards the end. We’re halfway through and things are beginning to come together, beginning to interconnect. For example, we now know that it was Doppelcoop who ordered the hit. But for every question answered is a question asked, and, at least for the moment, Dale’s plot is now the farthest from all the others in terms of connections.

He may be slow and steady, but don’t forget that it was the tortoise who won the race. I think, those of you who are getting anxious, that you won’t be disappointed. It will all work out in the end, in a way far more interesting any of us could conceive.

The FBI will be alerted of Dale’s location: I suggest within two or three parts, in which case I might also extend my guess on when Dale will be back.

Something familiar is what’s going to jumpstart his return: we have enough evidence of this phenomenon for it to be likely. Will it be a person? A situation? A pair of shoes?

The detectives will make the connection between Dale and Dougie’s wedding ring: I feel like the ring has to be involved somehow. It’s a possibility. 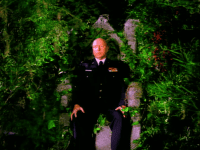