I think Candie and Cooper as Dougie Jones have a ton in common, right up to the fact that they’re probably both manufactured beings. With every scene I’m more convinced that there’s something otherworldly about Candie due to how many reactions she and CooperDougie share. She’s further along than him, but at their basic interaction levels it’s hard not to admit the similarities.

Think about it: Candie’s just as still as CooperDougie when she’s not in action, and only seems to move when told to move. She’s almost purely a reactive character. And maybe that fly she was chasing set off a cue-dependent memory that called Candie into action as, say, CooperDougie tunnel-vision tracking a coffee through doorways and down hallways with zero prompting other than it is there.

The Mitchums, when they beat the hell out of Supervisor Burns in their introductory scene, just happened to have the Pink Girls in the background. The girls were fascinating to us viewers because they did not react to their surroundings at all. No one spoke to them, no one needed them to do anything, so therefore they stood in their poses and they spoke to no one. They looked like how gangster molls look when they’re in the background scenes of those old-school television crime shows. To a T. 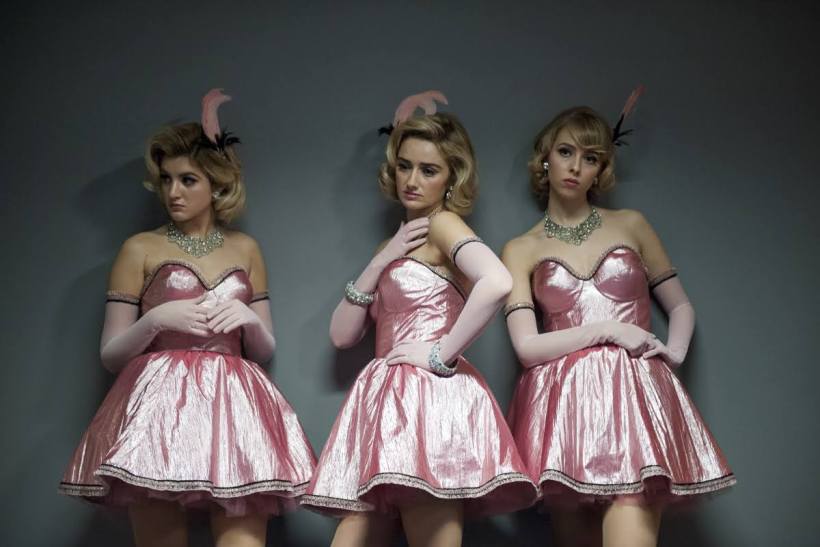 Like CooperDougie, Candie takes a while to realize when people are talking to her. And then when she realizes they are, she turns her body first, then her head, and last her eyes follow. It reminds me of the interminable process of Bushnell Mullins attempting to call CooperDougie into his office to look at case files. There’s something to the comparison, no matter how wordy Candie can be.

Yes, Candie knows a lot more words than CooperDougie, but she’s been here longer. Already, CooperDougie speaks with reactive inflexion. If someone wants to know his name now, he says “Dougie Jones,” and gestures to himself. He seems to understand what people are saying to him, but his physical ability only goes as far as voice inflexion on top of words he’s heard others say.

CooperDougie’s spoken language is made of building blocks made from what is fed to him by others. One or two vestigial lines show up from his Cooper days (“he’s lying” for example) but for the grand majority CooperDougie is a parrot. Candie, I assume, has some points of her personality that will surface at random, but I suspect almost every one of her spoken language building blocks come from ingesting hour after hour of television as she stands around looking pretty. Candie’s had way more than a couple of days to assemble her repertoire of words, and I bet you dollars to donuts she’s learned way less of her interaction cues from other people, and way more of them from television. Look a little closer at how she says everything and there’s a reasonable argument she’s just parroting TV commercials, the local news, and soap operas.

If you see a fly, what do you do? Old school sitcoms in that I Love Lucy vein would have you follow a fly around with a handkerchief, right? It’s not up to Candie to understand the tone of what she’s parroting, she just records a procedure in her head for when she might need it and doesn’t imbue it with any value judgements. And she’ll misapply what she’s learned from those programs because the TV is her training manual. It wouldn’t tell you to watch for people when you swing at a fly, so she didn’t watch for people.

If you hit someone by accident, you say “oh my god are you okay?” But if you’re Candie, you call up your associations: The Mitchums seem to take care of her in a similar way as a husband might, and she apparently lives in their house. The setting reads soap opera, so bring in the soap opera playbook. If you’re on a daytime soap opera and you hurt someone by accident it’s because you’re the starlet and you fell in love with someone else. It’s because your on-screen husband found out about the affair, is hurt in his heart, and you as the starlet would also still be in love with him, and you would say “how can you ever love me after what I did.” And you would mean it from your heart through however many tears it takes. When you wound someone who takes care of you, even if it’s physical and because of your sit-com playbook, bring up the soap opera dialogue. Proceed. 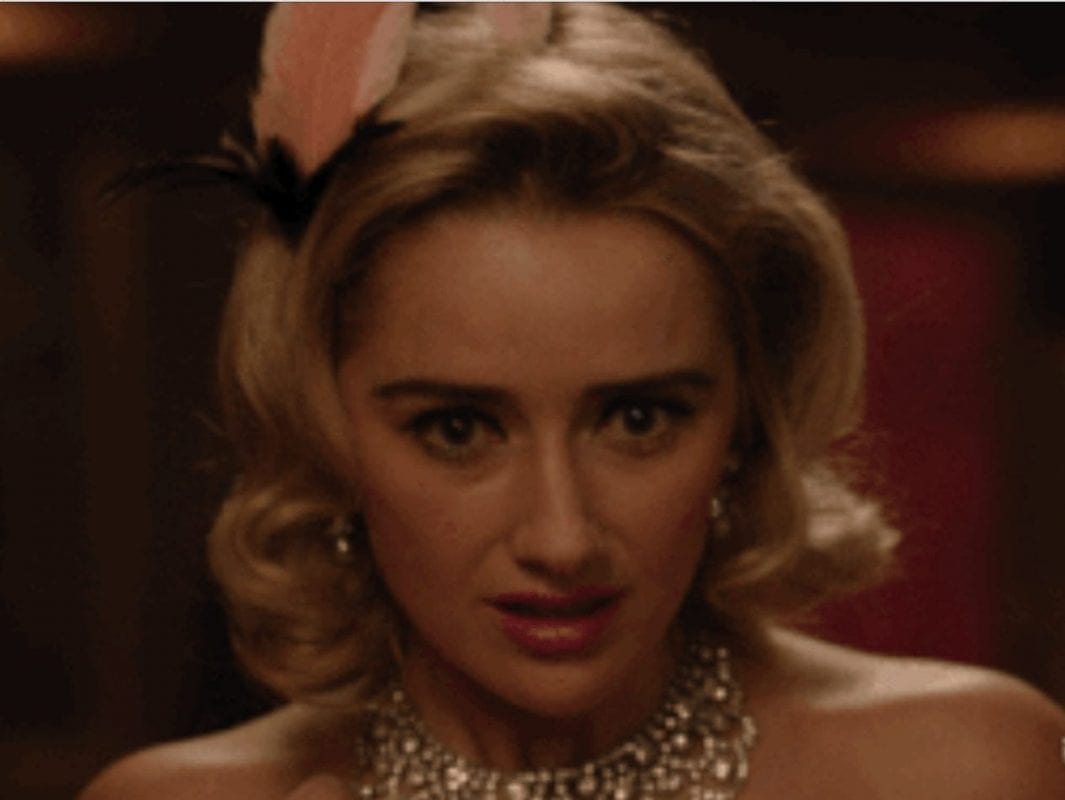 When Candie goes downstairs to fetch Anthony Sinclair, I bet she heard the air conditioners running and she thought of the weather report she heard on the news the night before, the one where the weatherperson was talking about the inversion layer and how we should be soooo happy to have air conditioning, and I’m this close to wanting to guarantee that she did that entire weather report verbatim right there on the casino floor, arm motions and all moving with a non-existent map, as stereotypical as possible.

If the Mitchums ask her what took them so long, the answer is traffic. But can she say that? No. She can only talk in sentences she heard from the morning newscaster team as they cover the rush hour traffic report so viewers can tell what their commute will be like and if there’s an accident to avoid.

And for God’s sake, if you have prizes for people, you have to understand your product and talk the talk in as excited a manner as you can because that’s what the game shows do. Make people fall in love with those gifts. She would’ve made Vanna White proud as hell for all that pristine spokesmanship.

If all the theories are true that Cooper is on his way to becoming an elevated being of some sort, I don’t see any reason to think otherwise about Candie as well. I’m not sure about her being Laura, or even Annie (watch, they’re trolling us and she’ll be Josie), but I feel like she’s on a similarly upward trajectory. Or maybe it’s simply this is what angels are like before they’ve matured into a form that could, for instance, descend on Laura Palmer in the waiting room at the end of Fire Walk With Me.