Welcome To Twin Peaks, on Facebook and Twitter, has posted quite the nugget revealed within the recently-released Twin Peaks: From Z to A box set. The Fireman, when giving clues to Dale Cooper (you know the scene; Richard and Linda and 4-3-0), says “Beware the 13th Sycamore” in a deleted scene.

It was a deleted line within Season 3, so it’s been relegated to non-existence, but is there relevance all the same?

Deleted scenes are just deleted. They don’t matter, right? Usually, the answer is yes. But that’s all out the window after how much of the Missing Pieces has been included (sometimes literally) in Twin Peaks Season 3. If included in the special features, it’s been said aloud now. And that makes it officially fair game for theorizing.

Why would it be deleted?

I remember hearing years ago in a podcast how David Lynch’s approach seems to be that he begins with a coherent story, but deletes enough connective plot tissue that the story becomes difficult to connect the dots. The main benefit to this is that images begin to stand on their own.

This also gives the effect of not being spoon fed the plot. We are allowed to make the connections ourselves, if we choose to experience the story that way.

It is possible “Beware the 13th Sycamore” is some of that connective plot tissue. But I think it’s more complicated than that. Its bigger sin is putting a value judgment on an element of the show. If you trust the Fireman is a positive force in Season 3, the 13th sycamore now has negativity associated with it. Rather than choosing whether to trust something, we are told by the story not to. We did not have to live in the story to come to that decision.

In a show that appears to be all about choosing whether to see something in a positive or negative light, this would prove just cause for why the line was cut. It’s our job as active viewers to make the distinction.

But which Sycamore is the 13th?

The 12 sycamores circle Cooper’s original entry point in Glastonbury Grove. Most people commenting on this are assuming the 13th is in addition to those, and I will make that same assumption. 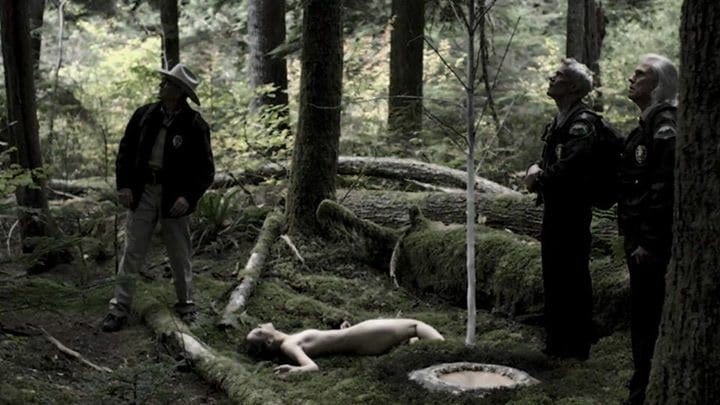 The single tree by the golden pool marks the location of what most are calling the White Lodge. This is where Andy entered Lodgespace in Part 14, and where Naido fell. It can be a 13th sycamore because it marks a portal, exactly the same role as the Glastonbury Grove trees.

But if this denotes a positive portal, why should Cooper have a reason to be wary of this one? Not because of the portal, but because of its presence in the Part 17 Fire Walk With Me flashback. This tree was shown right when (“listen to”) the sounds happened. It’s also right before Laura was pulled away screaming by some unknown force.

Dale Cooper would have had that moment as his first landmark to “remember”. The next would be 4-3-0 when accessing the Lodgespace in Part 18, and the last would be Richard and Linda. The tree, and Laura being pulled away, happened after he’d gone into Lodgespace by way of Jeffries’ time traveling owl symbol-turned-8. The 430 happened at the exact mile marker when Dale and Diane actively chose to enter a new state. The Richard and Linda happened when Dale woke up in a new state right before he went to find Carrie Page.

In addition to the sycamore denoting portal markers, the Fireman’s clues denote a time to notice a change of state, so these are also like signs in the visual equation.

The Evolution of the Arm’s doppelganger 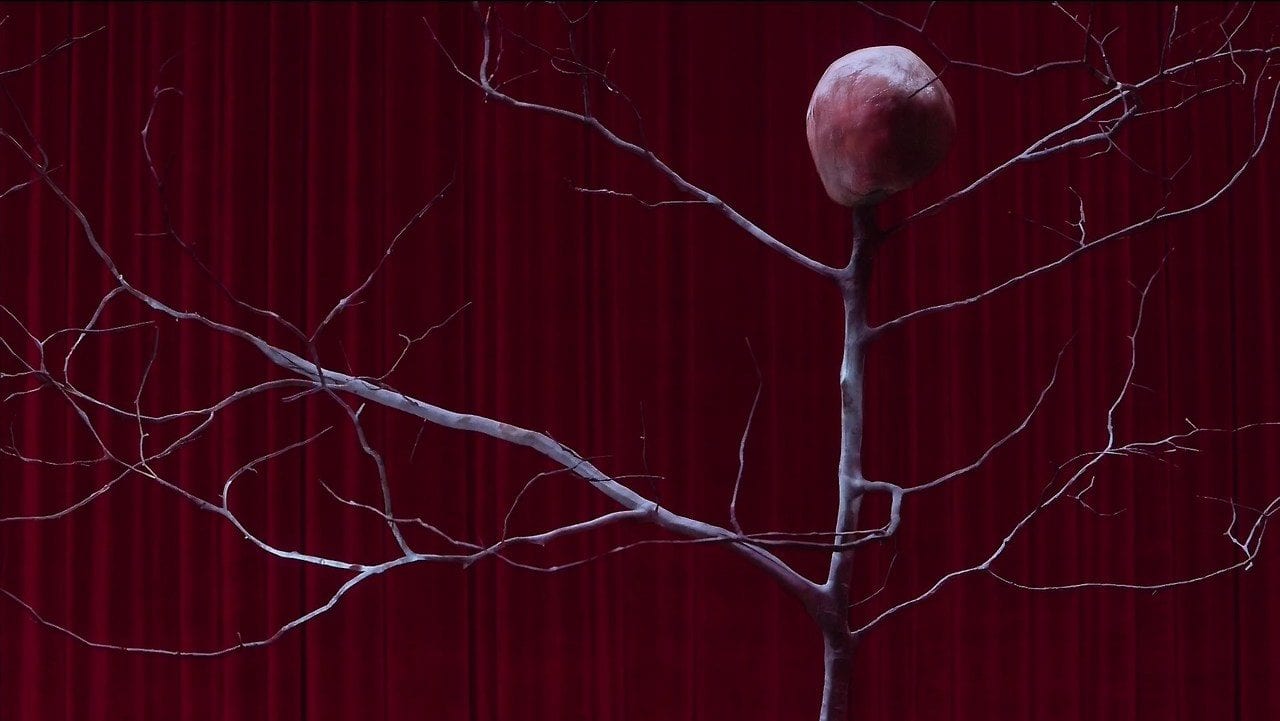 The tree that banishes Dale to Non-Existence at the end of Part 2 would most certainly be a tree to beware, though much more lively than the ones guarding portals. I will say though, as it’s a doppelganger it is most definitely a negative force and worth being wary of. Being prepared to handle the adversity from that conflict would be worth it. This seems too simple to me though.

The “squeeze his hand off” edition of the tree that shows up in Vegas is another good candidate for 13th tree, and is likely an extension of that same doppelganger. The warning from the Fireman could be telling Dale to not give in to that tree’s temptation to cause negative action. The warning could be standing orders for how Dale should react whenever we see that tree. After all, while in his Dougie state Dale needs constant prompts—including his coffee cup telling him that it’s his to drink from. A prompt from the Fireman would be pretty handy.

The Fireman could have been giving Dale protective instructions for during his journey that will keep him alive before he eventually wakes up, which is in keeping with the other clues. The possible reason why the line was deleted was because it didn’t actually tie to the final moments in Parts 17 and 18. Lynch knew the Fireman needed to give Dale things to remember, but since the advice wasn’t in keeping with the avenue of the other signs, the line had to go.

The Evolution of the Arm

On the other hand, maybe the line was deleted because it was in reference to the first change of reality states—the one in Part 1, when Dale met the first Evolution of the Arm. Maybe Lynch didn’t like the fact that we’d have more proof that Dale was choosing to enter into a negative state when he first meets the EoTA. I also think we didn’t need anything that could look like proof that Dale is making a wrong choice when he chose not to believe Laura when she told him “You can go out now.”

Season 3, to my mind anyway, was a tale about Dale’s descent further and further into Lodgespace before he has a chance to wake up in the end from Lodgespace’s delusion. Dale had a choice to leave the Red Room at the beginning of Part 1 but couldn’t believe that, so he chose to go further into it instead. And that’s when he met the EotA.

Not only is the EotA the 13th tree in order of appearance from the time Dale saw the portal in Glastonbury Grove, it is also on the other side of the curtain after Dale decides to stay in the dreamstate of the Red Room. This is both literally chronological and also in keeping with how 430 and Richard and Linda note a change of reality states.

It makes sense that the Fireman would give Dale a warning about not going further into a dream, but as it’s Dale’s choice deciding how to interpret the Fireman’s words, it didn’t make sense for the Fireman to say it to Dale in the official version.

Though let’s go back to the Evolution of the Arm’s doppelganger: “Beware the 13th Sycamore” could simply be a warning. This could be Judy. The Fireman could be warning Dale about meeting an ultimate negative force. After all, Gisela Fleischer did discover the black dot from the playing card right there on its surface. If Jeffries says Dale’s met Judy before, it’s as likely as anything this could be that moment. 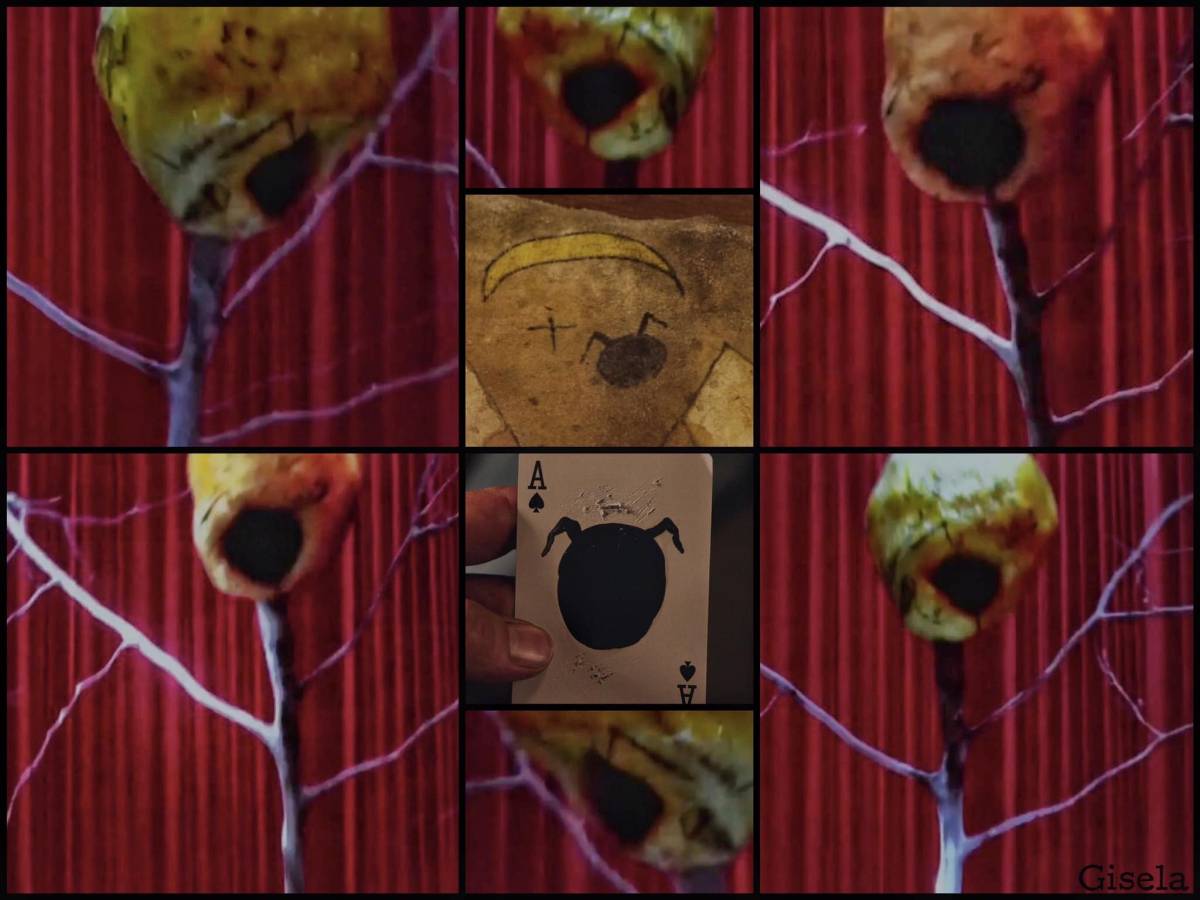 Do I believe this? Not sure. But it fits in with the show’s visual language, and it seems like Lynch to call a spade a spade. It also seems like Lynch to not want to shine a spotlight on this connection so blatantly with words. It’s that whole thing about removing any connective tissue for the plot.

I absolutely love how a giant door-opening reveal like “Beware the 13th Sycamore” is the perfect Lynchian definition of an answer. It tells us Dale is supposed to see something in a negative light, yet there’s still so many different ways to interpret it because all it does is create more questions.