Okay, this is it. Dale is finally homeward bound. This is the last leg of the journey. They played the Twin Peaks theme as he leaves the hospital – nothing could be more clear than that. Dale is going home. Let’s look at some key points.

Dale Cooper knows exactly what he’s doing. He is the FBI after all. This is the Dale Cooper (or at least the good half of him) that we all know and love. This is a Dale Cooper who is emotionally affected by everything that’s happened, but still with it “100%”. He’s had 25 years and now he’s finally going to face the Lodge with Perfect courage (and save Audrey Horne). There isn’t one iota of fear in his eyes. He’s self assured, or, as the Mitchums put it he’s “talking with a lot of assurance”. I’m truly happy that this is the case, because the Dale that went into the Lodge was definitely not prepared to handle all of this.

Side note: I saw someone somewhere suggest that Dale’s been in the White Lodge the whole time – I don’t think that fits. But, I do think that the Black and White opening sequence with the Fireman occurred after Dale went into a coma. No pins on his lapel. Makes sense, and that’s when he got whatever information he needed to do what it is he’s going to do. Right on, Dale, right on.

The Mitchum Brothers have hearts of gold. I was over the moon to hear Dale say that, because, genuinely, I’ve always believed in these two. We know that they beat up a dude, but even from the beginning I didn’t get the ‘really terrible people’ vibe off of them. Some people made the very reasonable assumption that they were sleeping with Candie, Sandie, and Mandie, but I never really felt that as authentic either and I’m just glad to have my feelings on them authenticated by the intuitive master. Their life circumstances made them what they are but they’re not abusive to true innocents, and are, for all intents and purposes, fairly well-adjusted gangsters. 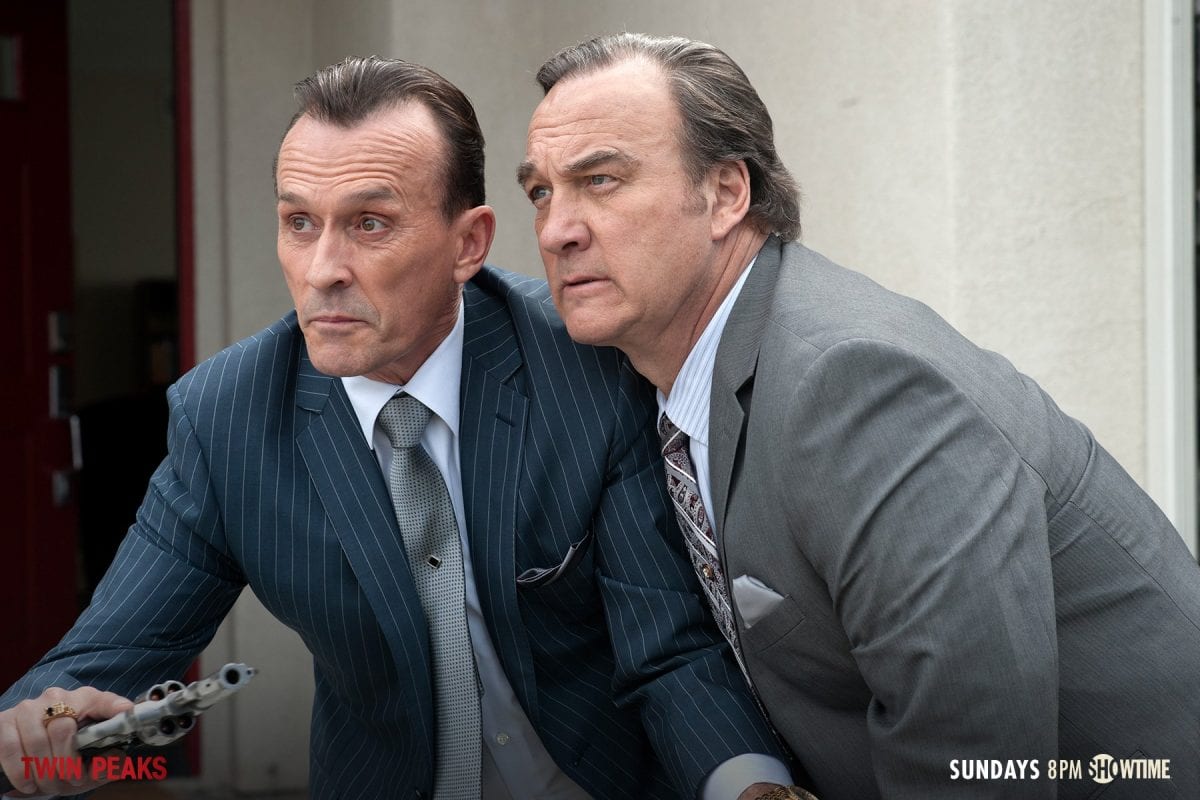 Side note: I’m just glad that for once Robert Knepper isn’t an icky character in something because he’s such an amazing actor and it’s nice to see him play outside the T-Bag norm.

Some part of me is really sad, because no one from Dale’s life as Dougie will ever understand just how truly blessed they were to have him in their lives. Except for Lady Slot Addict, who understood immediately. Everything Dale has done has been met with (generally) kindness in return. But they don’t know who he is, or what he’s gone through and just how much their care has come to mean to him. Bushnell doesn’t understand, and neither do Janey-E and Sonny Jim really. I hope someday they can come to understand, if not the details, just knowing in their hearts.

Side note: I think we all feel blessed to ‘know’ Dale Cooper too.

The Rancho Rosa symbol was blue this week: While I’ve never really talked about this before, I think it’s generally understood that the colour of the Rancho Rosa intro has bearing on what’s happening in the story on any given week, but I think that it is especially attuned to Dale, considering the location of the “in ‘verse” Rancho Rosa sign/billboard, which was where Dale came out of the wall socket in Dougie’s place. Blue, as previously discussed, is a colour symbol for enlightenment on Twin Peaks. Blue Roses, the very limited use of the colour blue except for special occasions of the original run (such as Donna’s vibrant Blue sweater when she meets the Tremonds). Why is this important? Well, a lot of people woke up in this episode, including Dale of course, and waking up – in whatever form – is analogous to enlightenment. I think it will be easier to read the show after I go back and finally take the cues I’ve been ignoring from the Rancho Rosa colour code. 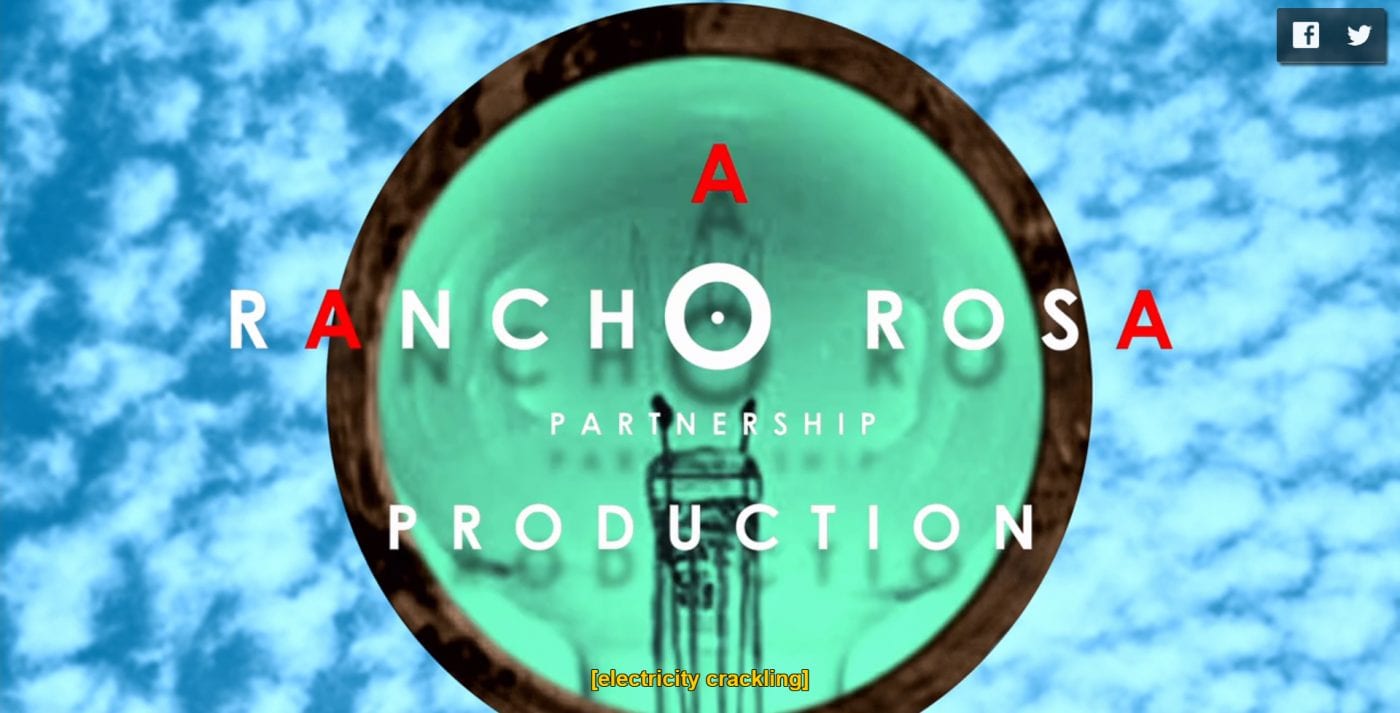 Not only is Dale back and better than ever, Kyle MacLachlan proved that he’s still got it. That look on his face hasn’t changed in 27 years. I’m floored by how he’s sprung right back into the role, especially since he’s played three other variations on the character for most of the season. Considering that OG Cooper is his favourite character that he’s ever played, maybe I shouldn’t be surprised.

Dale knows his place in the universe. Some are undoubtedly sad to see Dale leave behind Janey-E and Sonny Jim. I don’t believe any of you will be surprised when I say I’m not. It’s a bit like the situation in the Doctor Who episode Doomsday. The world needs the Doctor more than Rose, and he leaves her with a copy of himself so that she (and the portion of the audience who liked her) don’t feel so bad that he has to move on. He’s too good of a person for anything else. Dale literally pulls a Doctor and has Phillip Gerard make him another Dougie, so that Janey-E and Sonny Jim won’t feel bad that he’s literally just gone. As full as they have made his heart(s) Dale knows that he has to do what he’s always done. Help people, right wrongs and potentially save all of Twin Peaks. He isn’t an insurance agent, and he’s not truly a father (no matter how much I believe he wishes he really could have been, i.e. the tear when he watched Sonny Jim in the car), he’s the FBI and he has a mission to complete. There’s already a life waiting for him elsewhere and they need their Dale Cooper to make it complete. 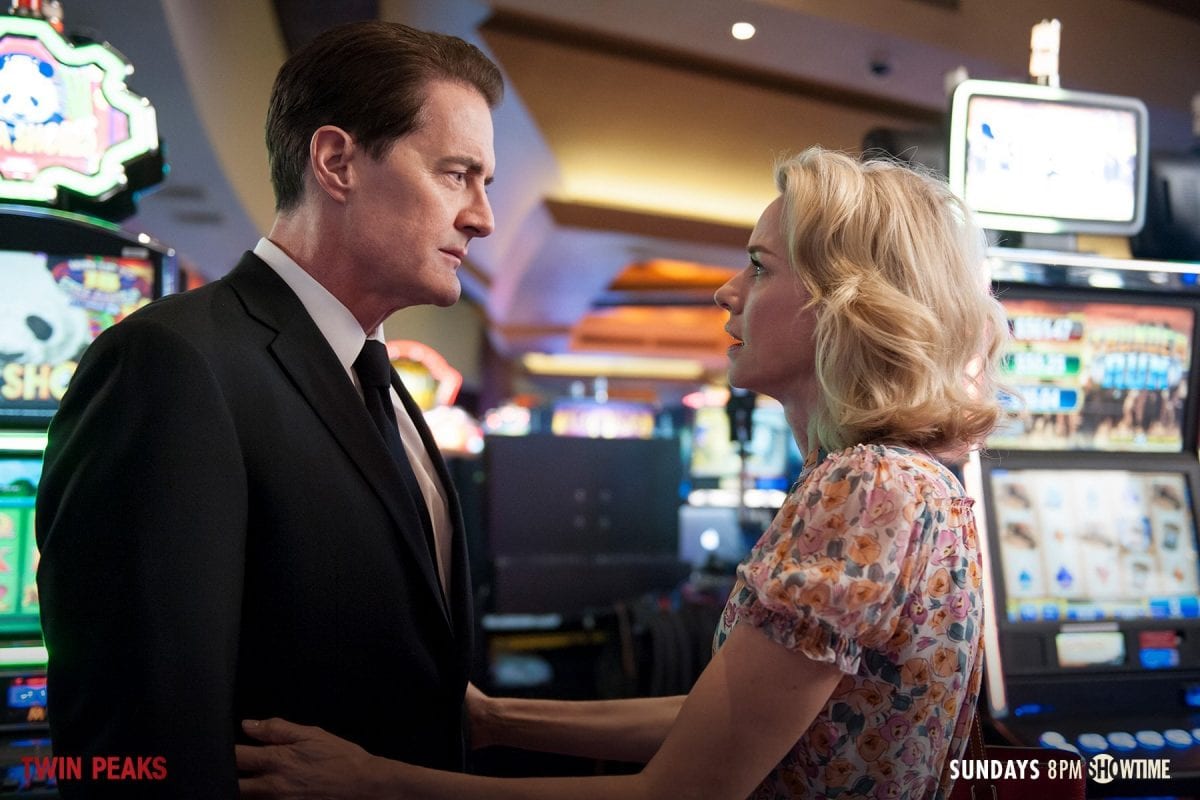 Side note #1: The Badalamenti score that plays during this scene is the same as when Dale cries while looking at Sonny Jim. I think it’s important as an underscore to, not necessarily how much he cares for them, but rather to just what it is Dale has missed out on. The ‘families’ created by Doppelcooper serve to show the impact of that loss on Dale, much live shoving it in his face.

Side note #2: I’m sorry my proclivities are so obvious in this article, we’re so close to the end that I just can’t help it.

It’s been a phenomenal ride, and well worth that wait to see our Dale Cooper again. He’s the 48 hour blend: he percolated until he was strong enough to do the job and safe from anything that could harm him. The moment Chantal and Hutch bite the dust, we cut to his awakening. This has all been to a purpose, or to many purposes with one outcome. I’m glad we had to wait for him to return to us. It’s more poignant, more powerful and so much more satisfying. Lynch and Frost are truly masters of their craft.

Predictions: This week predictions will be in their own article, consolidating ideas from all of our writers. Stay tuned!

Signing off this penultimate installation of Homeward Bound, this is Eileen G. Mykkels, and to Dale Cooper, if you’re listening, I say, Welcome Home.