I need to apologize in advance for any preconceived notions I had about you.  That wasn’t your fault. That was the product of twenty five years of anticipation and longing.  You see, I wasn’t expecting you.  I was expecting some one far more stalwart and identifiable; that person who I looked upon as a knight in shining armor (or shining badge), not only for Twin Peaks but as a symbol of virtue and benevolence for all.  That old friend that gave me the warm and fuzzies with his quick quips, his Tibetan mystique and his love of coffee, donuts, and cherry pie, and instead, you came into my life.  From the very beginning, watching you lie on the ground without saying a word, I was concerned.  Who is this person?  Why can’t you say more than a word?  Yes, you do need to call for help!  I softened at the sound of your shuffling feet, your wide eyed exuberance at the Silver Mustang, your battle cry, “Helloooo!” Then a glimmer, helping that little old lady win her jackpots, there was so much we had yet to discover about you.  I could also see the sadness in your eyes. Was my old friend within you?  Did I want to embrace this “new” Dale-Dougie, Dougie-Coop?  Who were you really?  How could you say so little, yet tell us so much?

Then you were thrust back into normal day to day life.  Watching you do simple things like get dressed or eat breakfast, something so every day, but you brought a joy in taking the time and truly enjoying yourself.  This made me start to feel that we as humans rush far too many things.  Something simple as having a cup of coffee, savoring that first sip, it was like you had never tasted the delicious elixir that gave you such joy your whole life.  I was waiting, praying that the next sip and the next sip after that would bring you to your former self, but to no avail.  Then you started helping, fixing, saving like you were once known to do. In turn, those others helped you as well.  First, working with Bushnell at Lucky 7 Insurance, he helped you just as much to regain the fighter, the man inside willing to never give up.  You showed him about looking deeper into those “case files” and search for the answers, even though you may not have had any of the answers yourself.  The way people were so quick to dismiss you, Dougie.  I had faith. I knew that if I were patient, you would unveil your true nature. 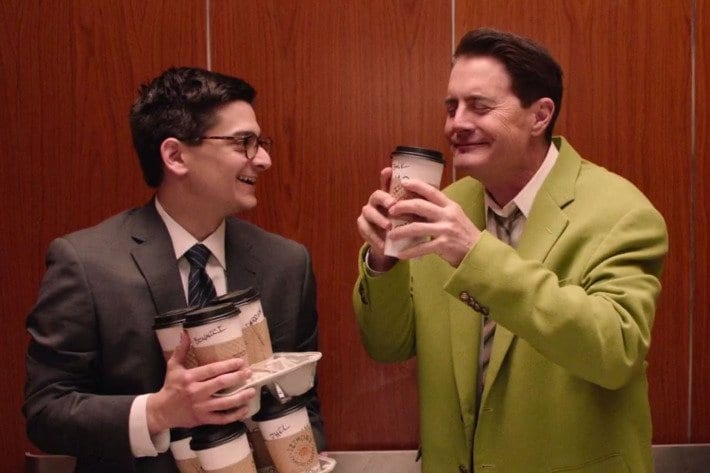 As for the Mitchum Brothers, who you have now gained friends for life; you helped them to stop, wait, and think, before moving forward on a plan, just like you had been known to do, before you were well, Dougie.  You gave them their fun loving free spirits back, maybe with a little help from the “other” place, but they in turn gave you the satisfaction of a great big delicious piece of cherry pie.  I was right there with you, taking each bite, recalling “damn good” which broke through with perfect timing.  Seeing the glimmer of joy in your eyes, to see that contentment and bliss made me fall in love with you.  Not who you were, who you were becoming. 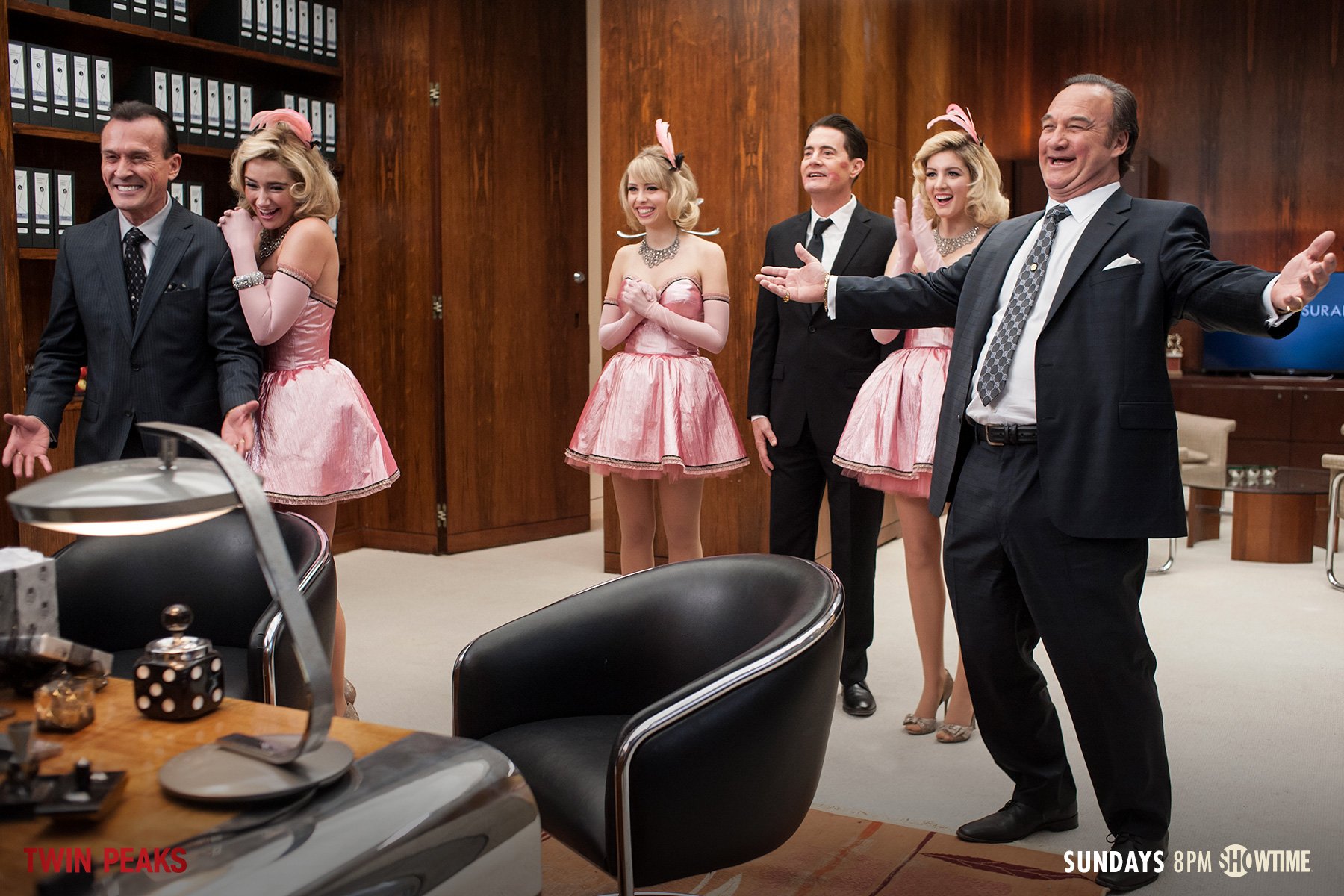 Lastly, how you changed and improved Janey-E’s and Sonny Jim’s life, you went from being what Janey-E saw as just her husband who sometimes  had some “episodes”, to her white knight.  You made her fall in love with you without completing a whole sentence. Your expanded physique may have also helped (you invoked a very human reaction).  For Sonny Jim, you were there as a father. You were present and a force for good, what he always needed.  What sons want from their fathers, is someone to play ball with (well, attempt to play ball with), and someone to sit and be there, to help you feel safe when you fall to sleep. 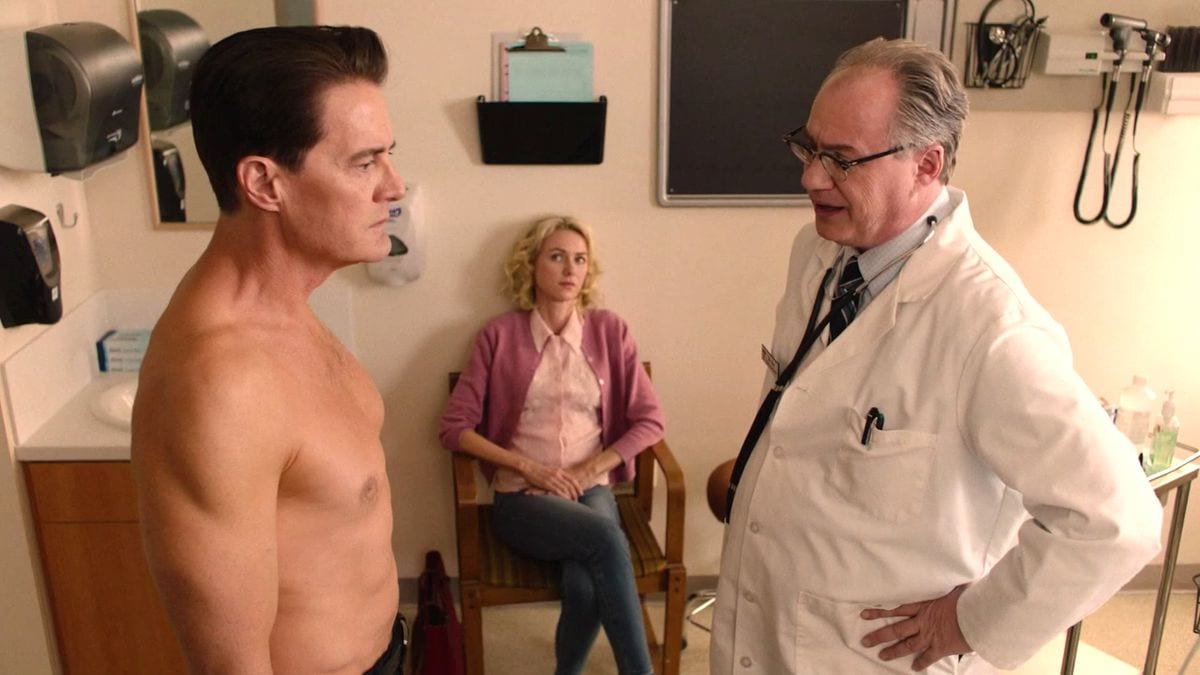 People were willing to give up on you, but not me.  I knew that you needed to be Dougie first.  Not only for the people who would feel your absence around them, but for you.  You needed to take the time to restore all the parts of you that had been suppressed for the last twenty five years.  These parts that allowed you to be Dougie, while our Dale was healing, were “awaking” to a new reality.  A reality where things should be looked at with a new set of eyes, seeing everything as it is the first time, not just regurgitated like most everything else in our short lives.  The past was not going to be your friend.  As Hawk said,”… if you confront the Black Lodge with imperfect courage, it will utterly annihilate your soul.”1  Luckily, your soul was not utterly annihilated, though I do believe it was lost.  Lost with everything else that made you Dale, being Dougie, gave you time to rebuild your courage and in the process be what you needed to be, awakened.  To teach a lesson everyone around you needed, including me, to take your time. 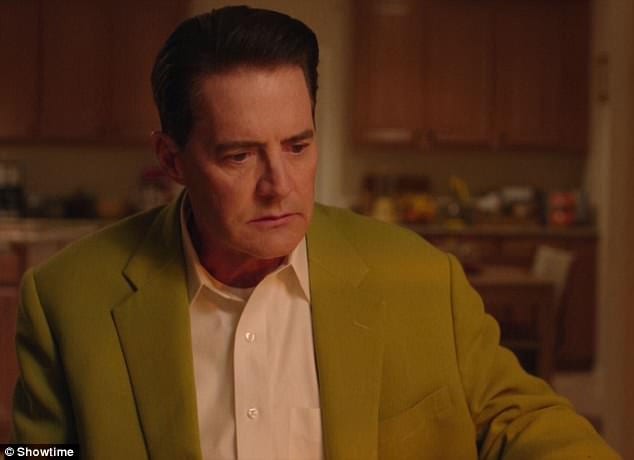 Taking the time to give you a chance, meant I was open to the possibilities of everything else happening around you.  Believing in you meant I believed in your journey.  Taking this journey, returning to the known and unknown, but doing it beside you as Dougie, made me appreciate this experience that much more. 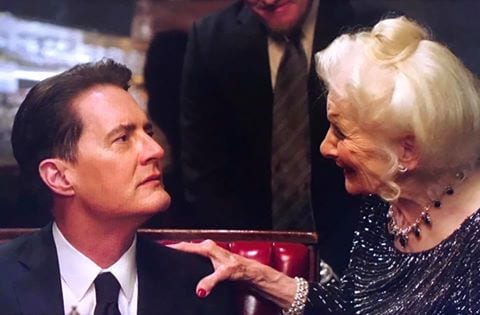 Now, you are gone, and Dale is back.  Although, I squealed with excitement that my Special Agent was finally back, I can’t help but shed a tear and miss you, Dougie.  Kind, childlike, innocent and pure Dougie, at least as I saw you.  Not to sound cliché, I know you are within Dale, just like Dale was always within you.  Rushing through life, I believe everyone one of us has an inner Dougie lurking, trying to teach us to slow down and enjoy, and making us want to look upon life with new, unchallenged eyes.  We must learn to be patient with ourselves on our own journeys to redemption, and give ourselves permission to take the time.  Good bye, Dougie.  I will forever thank you for redeeming Dale’s soul and returning him to us, exactly when we needed him, right on time, 100 percent.