Menu
Search
Menu
Search
Now that we’ve had a couple of weeks to process the entire picture, I feel it would be nice to go back to the beginning and revisit some of the earlier characters that were dispatched of all the way back in parts 1 and 2.
Firstly, Beulah and Otis, who were some of the first that we encountered in that disturbing reveal of just what Cooper’s doppelgänger had become in the outside world. We still don’t know much of what he had been up to in 25 years since his escape from the Black Lodge, but it was clear he had assembled himself a little cast of rogues and criminals to help him towards his final goal.
Beulah’s enigmatic response to being told to put a better guard at her door, ‘It’s a world of truck drivers,’ seemed to sum up the transient nature of the place. People come and go, people pass through, no-one is invaluable. 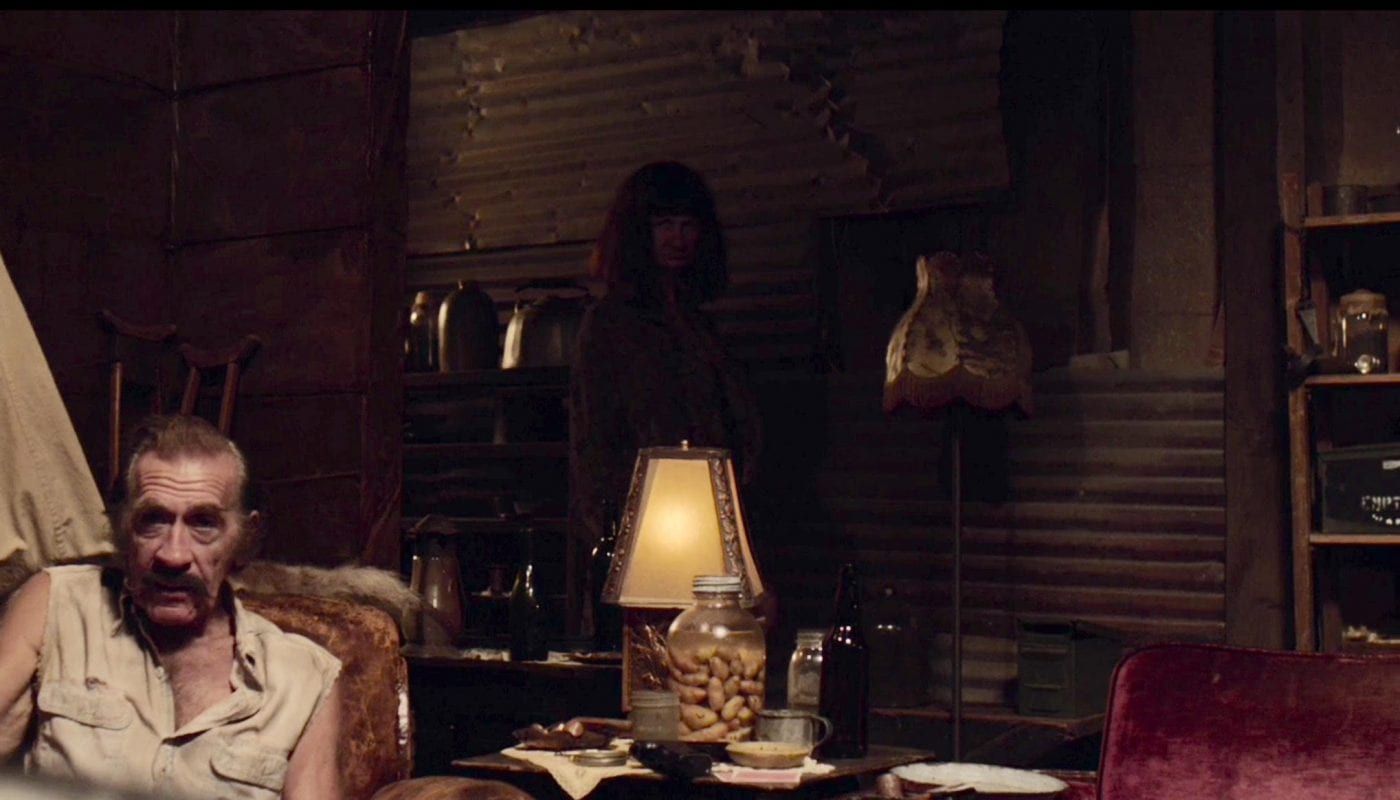 Otis is pretty chill with his moonshine, watching it all come and go. No-one seems to be intimidated by the doppelgänger. In fact, they seem happy enough to see him, and Darya and Ray go quite willingly, as though they have been waiting to be collected.
I think we all expected to revisit this place at some point, and to perhaps find out more.
Ray and Darya are an interesting pair. Ray’s character obviously went on to be fleshed out far more, and so deserves an article all of his own, but Darya was disposed of pretty fast in those early two episodes.
Much as I liked this character, and absolutely loved Nicole la Liberte’s portrayal of her, especially in her murder scene, I was never sure if she was necessary to the story.
Ray was an FBI informant and clearly picked up Darya along the way. I don’t believe she had any idea at all what was going on, and was just purely used as a honey trap. 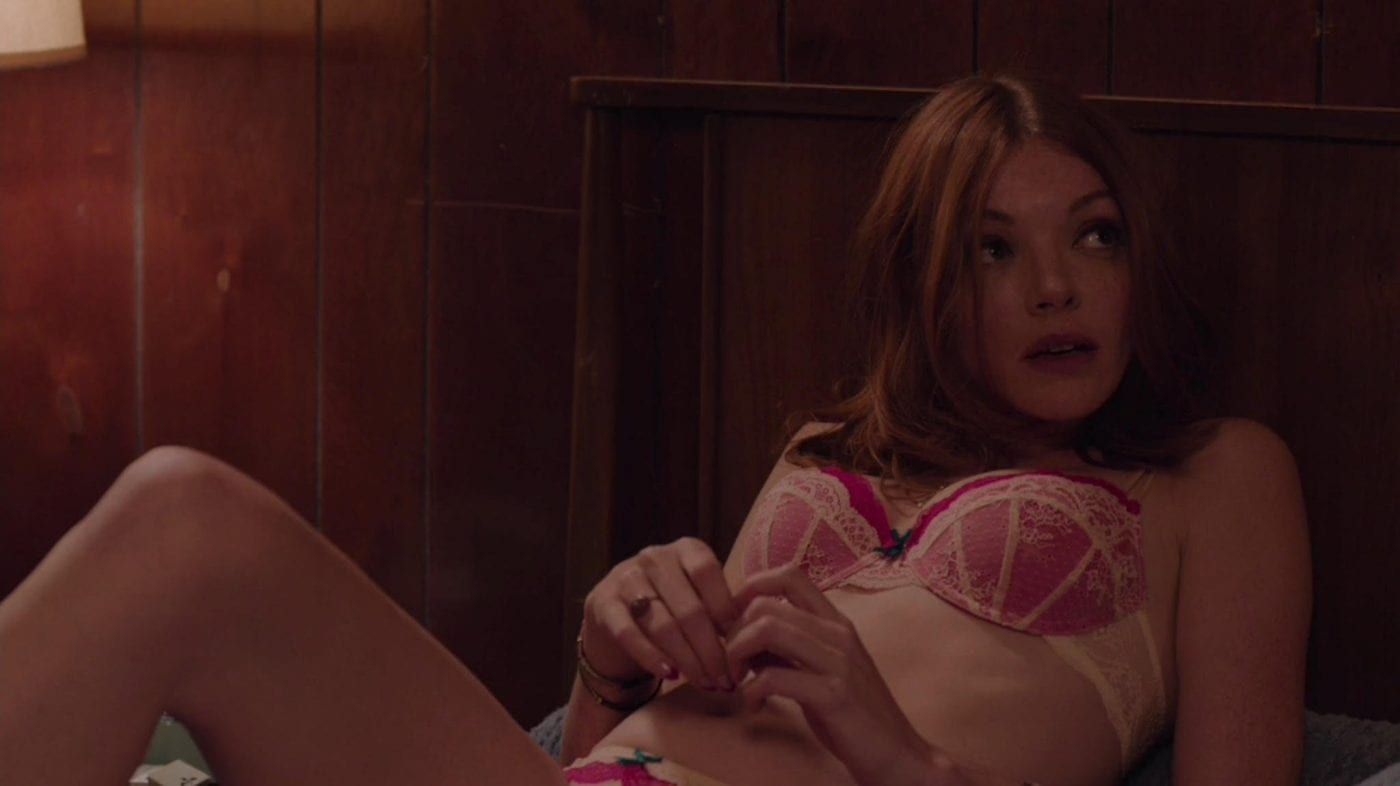 If their purpose was to kill Bad Coop, then what were they waiting for? What was the actual plan? Were they not to kill him, but to get him to a certain place and time for him to be sucked back into the Lodge?
How much did Ray and Darya actually know about the whole situation? Ray seems oblivious to the meaning of the green ring. He claims his orders came from Jeffries, but we know that Jeffries ‘doesn’t really exist anymore’, so who physically handed Ray the green ring?
If the purpose of Darya was just to keep Bad Coop interested so they could keep an eye on him (until when?), Bad Coop does seem to be aware of this. The fact that he somehow magically had a recording of that phone call immediately after she hung up suggests he has been suspicious of them both for a while.
Darya is just killed outright, but he sends Ray to an eternity in the Black Lodge, which is a far greater punishment.
For me, Darya’s death scene is one of the most powerful in the whole season, mainly because it is done so beautifully by Kyle and Nicole. Every bit of it was perfect and set up the tone of the season right there from the start. 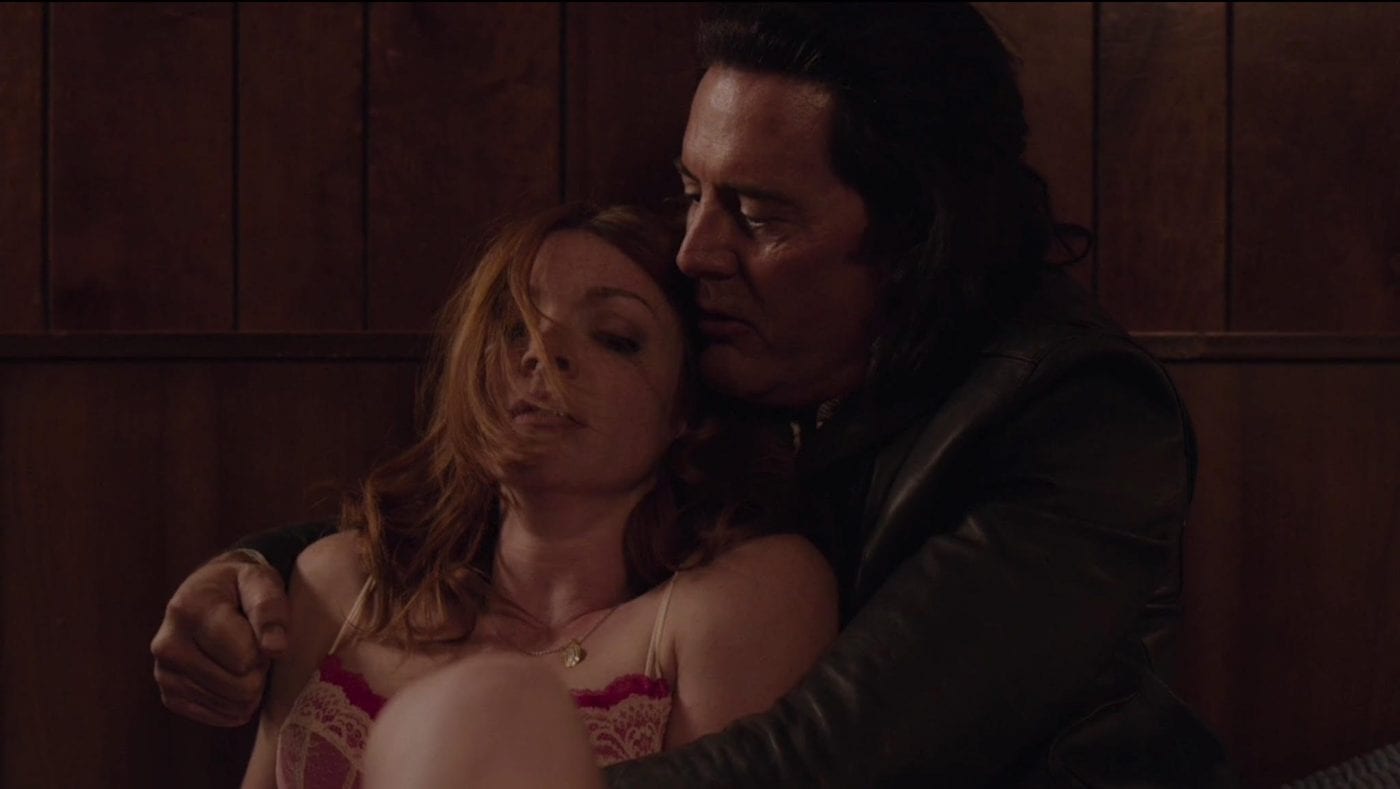 It implied that, in contrast to the kind, good Coop we still had firmly on our minds, the doppelgänger was a cold and ruthless killer. That really turned out not to be the case along the way, as we later saw him only kill those who were a direct threat to him. He got Hutch and Chantal to do all his other clean-up work for him.
So, if Darya wasn’t actually essential in the plot of Bad Coop’s downfall, she was essential in these early episodes of the season, to show the viewer that even those on the darker side of things weren’t safe from him. I was literally nervous every time he was onscreen for the first half of the season, and this is why. That is a huge impact for such a minor character to have, and I think she deserves a little tribute for that.

Editor’s Note: If you haven’t already done so, please check out My Interview With Nicole LaLiberte