The consensus between many members of our staff (and beyond) is that there is an element of circular narration happening in The Return. They have looked at this element in many different ways – John’s recent article Cooper’s Time Loop Isn’t Just His, where he suggests that, much like the infinity symbol, Cooper’s loop is connected to Laura’s loop, and that there are possibly other characters who exist in loops as well, doomed to be there, until they change their actions (like Audrey). Lindsay as well discusses this element in The Continuing Education of Dale Cooper.

The beautiful thing about The Return, is that while these ideas are sometimes harmonious, sometimes the antithesis of one another, and occasionally overlapping, the nature of the beast allows for any of them to be equally probably descriptions of what is actually happening. True to Lynchian form, and in his own words your interpretation – “what you know is valid”.

I have many theories, and almost all of them include the time loop in some way or another, but I think that other elements of The Return lend this particular read a more layered note. Like John’s theory, I am about to suggest that Dale has never left the Lodge at all: Dale Cooper is in Hell – a repeating, personalized torture that goes on forever and ever for all time, made to look real to him, and as a result, to us. 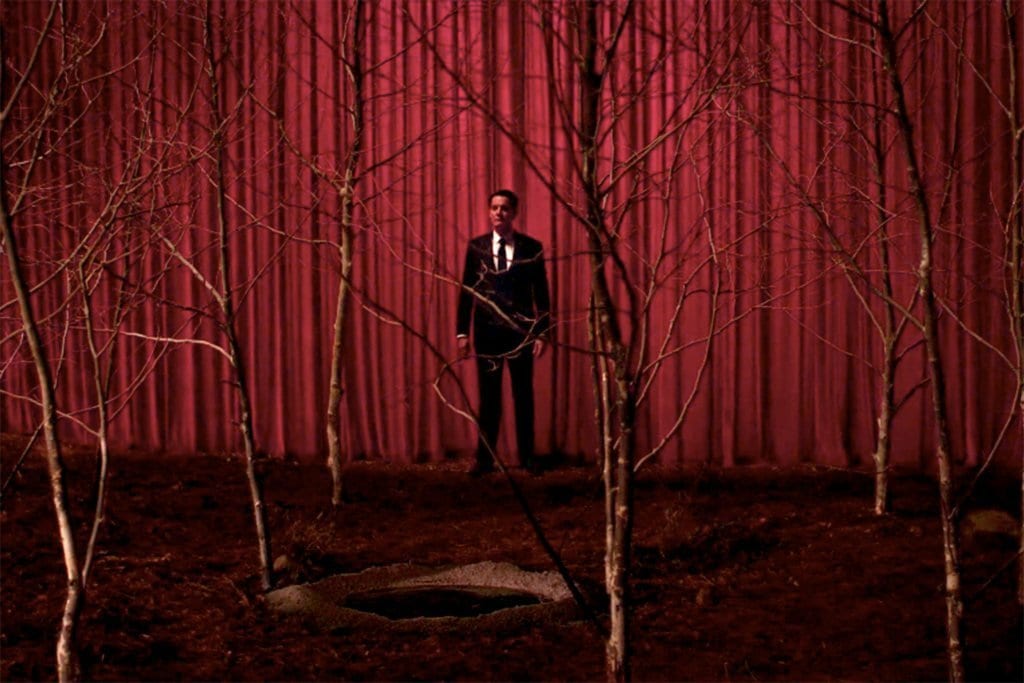 Most readers will at least have heard of Dante’s Inferno, and many will be familiar with the concept of Hell existing in varying degrees proportionate to the crime committed. Seven, one of the “Big Numbers” of The Return, correlates closely with Dale throughout. He works for “Lucky Seven Insurance”, he gets a series of 3 sevens every time he pulls on the lotto. Even Janey-E mentions ‘seventh heaven’ – an insidious, subconscious reminder of his true location? These are but a few examples of where the number crops up. In Hell, the Seventh Circle is Violence.

Not every ‘sin’ that would put someone in the Seventh Circle applies to Dale, but there are some interesting correlations, and I have determined two distinctive ways of looking at it.

From the moment that Dale’s doppelganger leaves the lodge in the Season 2 finale, Dale is in Hell. In this scenario, that does not require him to be dead. Just in Hell. What worse hell is there for someone like Dale than to endure failure, over and over again, without the ability to retain the knowledge that would allow him to alter his actions to the end of a different outcome?

But what sin has he committed to land him here? 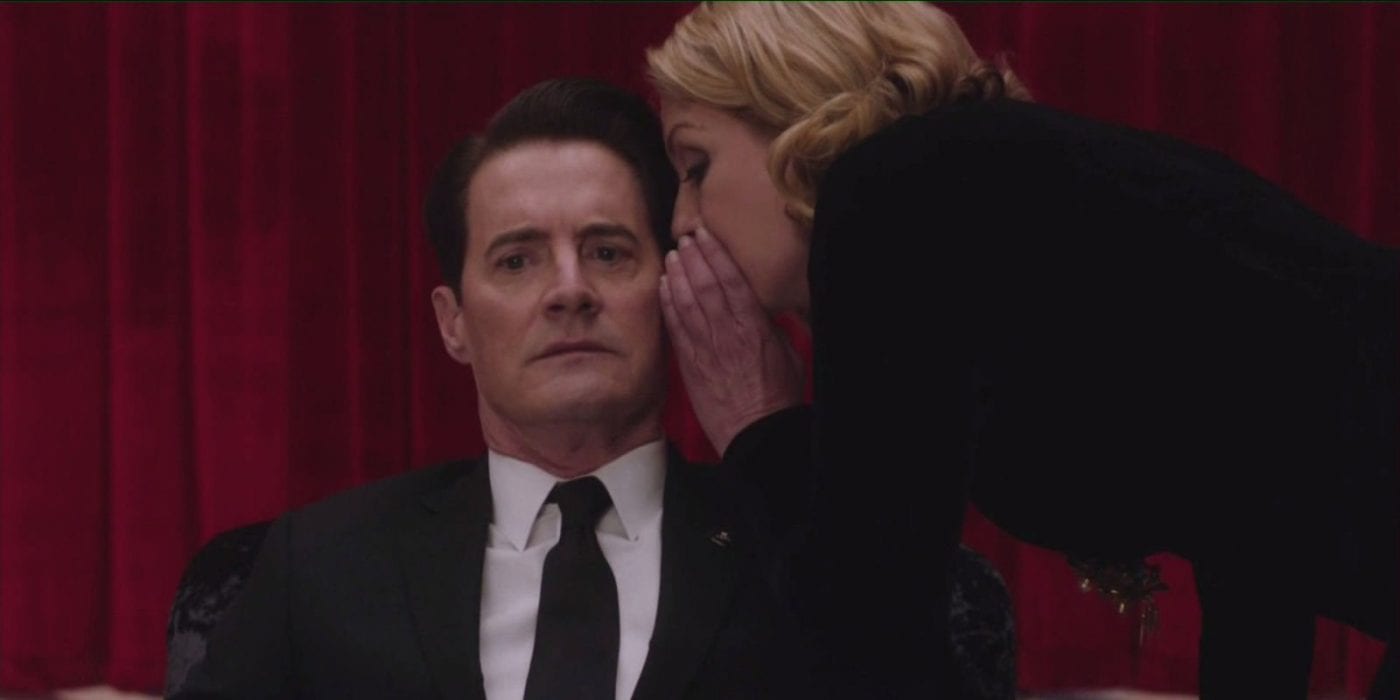 The Seventh Circle requires violence, but that violence is varied. Certainly Dale has committed violence against others (under the accommodation of the law) and so I’m not sure that element fits him precisely, at least not in this reading. There is also violence against others property, against oneself, and against nature. There is one final selection of people who end up in this circle, and they are those who commit profligacy, which has two meanings: “reckless extravagance or wastefulness in the use of resources and/or licentious or dissolute behavior.”

It is possible that Dale fits into this final category, if not intentionally. He’s certainly wasted some of his potential as a person – 25 years of his life gone down the drain – but he also wastes the assistance he had in the form of those around him who would help him. He goes it alone, determines that it is ‘his mission’. Is this wasteful? From a certain point of view. And Dale hasn’t been necessarily lily-white in his personal behavior. He is a bit promiscuous (more so than a bit if you are going to consider his sexual history in My Life My Tapes) in his behavior with women, but I wouldn’t say that his moral character is totally irredeemable by any means. Simply…flexible.

Profligacy is punished by a never ending chase by dogs, and, when finally caught, are reassembled and the chase begins again. That element certainly rings true – throughout The Return Dale is pursued by assassins, is racing against his doppelgänger, and being driven about by outside forces.  Maybe my arguments are thin on this, but the relationship between the concepts of the Seventh Circle and Dale’s journey in The Return are too strong to ignore.

There is a stronger reading yet to be covered: violence against oneself. While this is not limited to suicide, it does include suicide. Certainly one manner of looking at Dale’s entry and subsequent entrapment in the Lodge is a level of self violence. Simply by entering the place, he could have ‘killed himself’, in that he kills the life he could have lived, and kills the person that he was. Interestingly enough, for those who commit self-violence, the punishment is to become a tree. The middle ring of the Seventh Circle is a forest of stunted, gnarled, leafless trees, the souls of those people who commit self-violence. The forest is inhabited by harpies – part bird, part woman, with terrible screams. After all, while Dale doesn’t necessarily turn into a tree, the Sycamores are all around him – in street signs, and in literal groves. Laura’s doppelganger, her Lodge self and Carrie Page all have the most bone chilling scream anyone has ever made.

These elements are being played with fast and loose, but one can’t help but see the correlations. Yet another reading, which suggests that Dale has escaped from the Lodge, has him actually committing suicide in the moment when he puts the fork in the outlet (whether intentional or not) – his hell begins there. Everything after that point is no longer really happening and the circular loop starts turning for Dale Cooper.

I used to think that Dale being stuck in the Black Lodge was a sort of purgatory, but after The Return, I can only see Hell. The only person who has potentially reached purgatory (and beyond?) is Laura Palmer. Dante’s Purgatory is a Mountain which has to be climbed. Metaphoric for overcoming one’s sins to attain entry to Paradise. Each stage of the climb is one of the Seven Deadly Sins. The final exit of purgatory is to run through a wall of flame. There is more to all of this of course, but if Laura’s journey in Fire Walk With Me is anything akin to this, I see it here. Her journey may not necessarily be one to overcome sin, but certainly, as my co-workers have attributed, to overcome her own trauma, to assert her authority over the outcome of her life and even that of her death and, in doing so, finally achieve the salvation she so desperately desired.

What a grievous sin it would be against another to remove that person from their own journey, so close to the gates of paradise. We don’t have the phrase ‘good intentions pave the pathway to hell’ for nothing. Perhaps this is Dale’s greatest sin – to believe that he can offer Laura Palmer salvation when he himself has none. 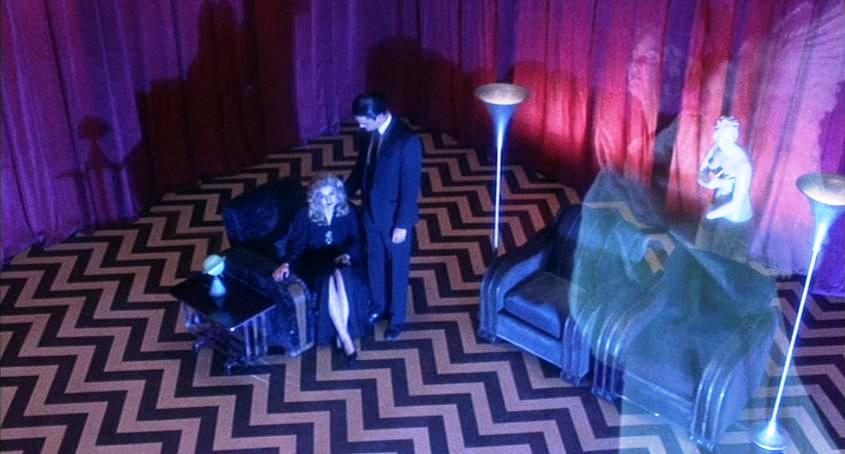