We’ve all heard a lot about Audrey this season, sometimes too much. Audrey die-hards expected her to be a huge part of The Return. The fact that she was withheld until so far into the season left everyone wondering just how she was going to fit into the main storyline. As it turns out, she didn’t.

Audrey’s scenes were like a standalone mini-film with no connection to the main players at all. The only thing that at all ties her into any other scenes are mentions of the Roadhouse, Billy and Tina (but this is Twin Peaks, so there may be several Billys and Tinas).

Meeting Sherilyn at the Twin Peaks UK Festival last weekend felt the same as meeting Audrey. We talked about what it’s like to be the token weird girls who never quite fit in. She told me that the lines of Audrey’s I related to so much as a teenager were things that she had actually said to David and he put them in the script. I got the feeling that Sherilyn and Audrey are very much interchangeable.

Young Audrey had everything a successful person could need – beauty, brains, money, a social standing. On paper, a child like her could go very far in life. But young Audrey was extremely alone. She doesn’t seem to have any friends at all, and her family are cold and distant. Her life is the warm wood walls of the Great Northern or the safe routine of school. Beyond that, she has nothing but her music and the escapism it provides her. 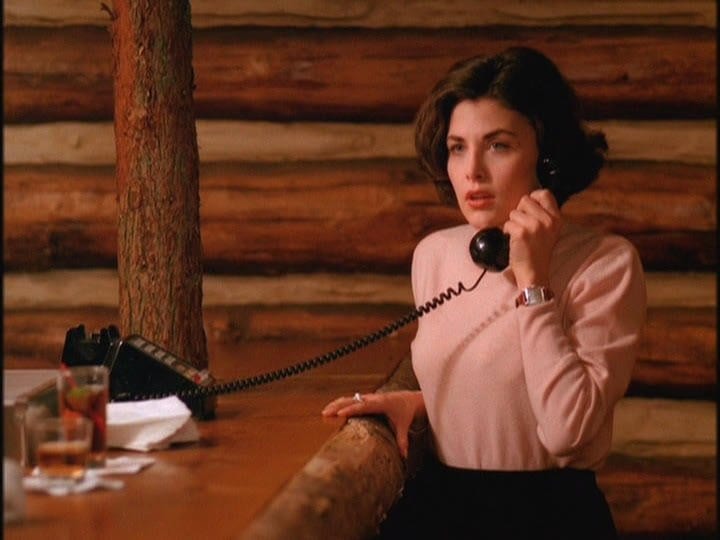 She immediately latches onto Cooper because he is a good person. He would never be hurtful, or reject her cruelly as others have. Audrey has intelligence and ambition, and needs the mental stimulation a murder-mystery provides. 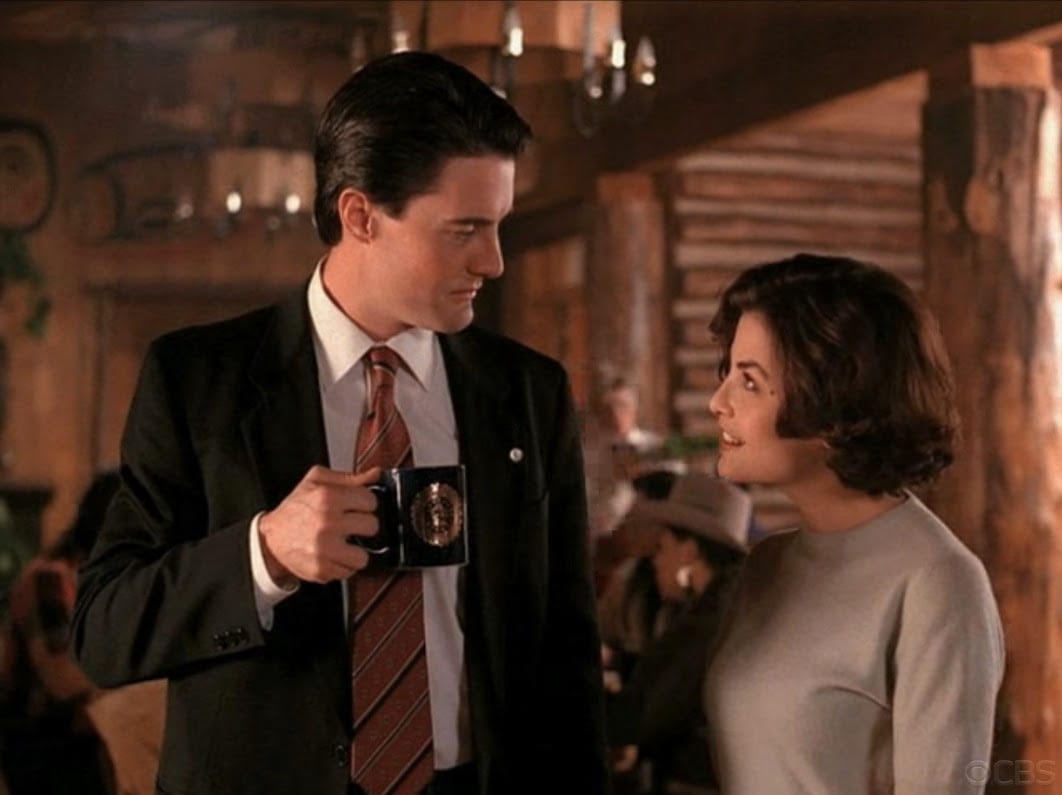 As her character develops, she does become far more likable than the troublesome girl we saw in the first few episodes. As she builds relationships with her father and with Bobby, and begins to find her place in the world, she does blossom. But her life is still very much located within the safe and familiar walls of the hotel.

We still don’t know for sure what happened in the 25 years after the bank explosion, or just how damaged her mind became. Hopefully, the Final Dossier will fill in some of those gaps for us. It seems sad to think that Audrey’s good deed and good intentions in protesting at the bank that morning ensured that all her hopes and dreams were snuffed out in one violent moment. 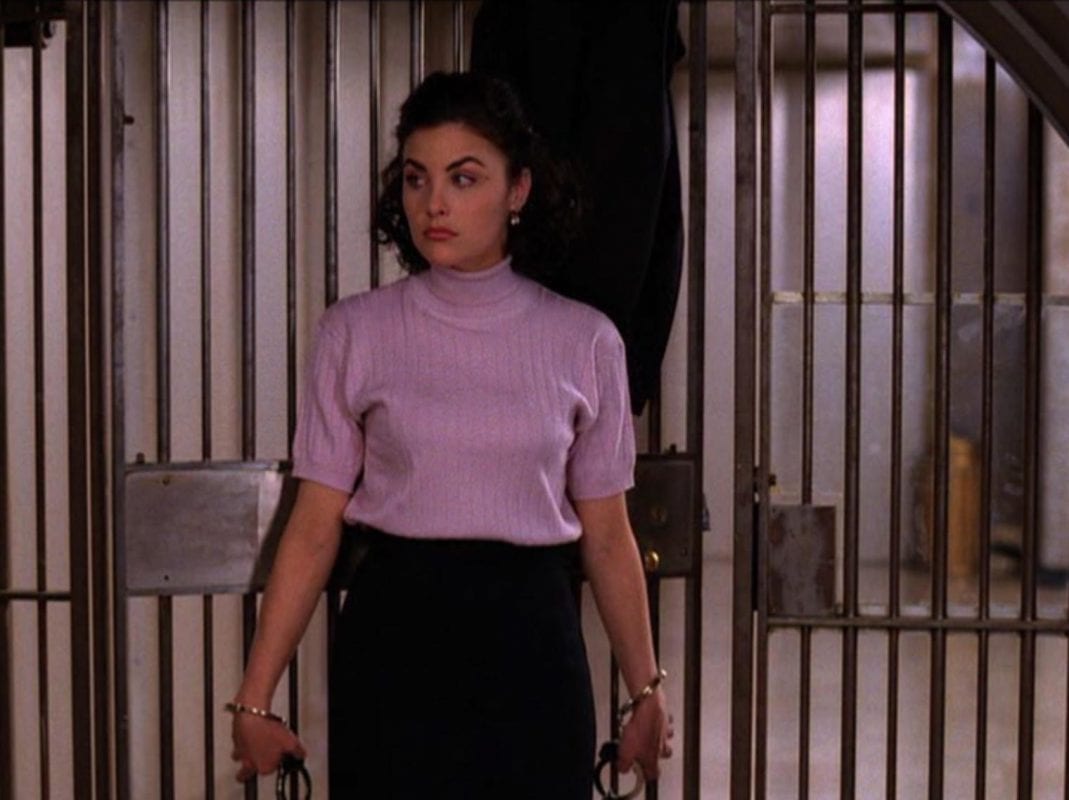 And so the questions abound. Is Audrey still in a coma? Is Audrey ‘the  dreamer’ (excuse me while I roll my eyes)? Or, as is more likely, is she in some kind of psychiatric institution? Is Charlie actually her doctor, facilitating this fantasy world, which is why he threatens to end it when she misbehaves?

Sherilyn was asked what she believed the season 3 mirror scene actually meant. She said she has no more information than we do and that her belief is purely her own take on it. She went on to say that the world is a very scary and dangerous place these days, and it is sometimes nice to go somewhere that is a safe and warm place.

I think it’s clear that Audrey’s life with Charlie isn’t a reality. Charlie makes it difficult for her to leave the house, as though she is using him as an excuse not to leave those safe walls, even while arguing and resisting and retaining her old headstrong spirit.

When they do make it to the Roadhouse, Charlie is nice to her, everyone is nice to her. She is the most important person there. They even play her tune, just for her. It is worth remembering that in Audrey’s world, the song would probably not have been called that on the records she plays. She renamed it Audrey’s Dance in her fantasy because it is her song, her moment, her safe, warm place. She can once more be the girl she was before the explosion, before the coma, before the demon son.

No matter what your opinion on Audrey, she really didn’t deserve the life she had. The girl with all the opportunities and potential in the world was eventually broken by it, and the walls she now lives inside are white, clinical and unchanging. There was never any support or affection for Audrey in her real life, and there still isn’t. Her reality and her dreams are cold, loveless and unfulfilled.

In the town of Twin Peaks, where darkness and violence are loud and crashing, Audrey’s tragedy has unfolded quietly, seemingly forgotten, seemingly unseen. The Little Girl Who Lived Down the lane has faded gently into nothing but a dream, with the bright girl she once was still sleeping soundly inside her. 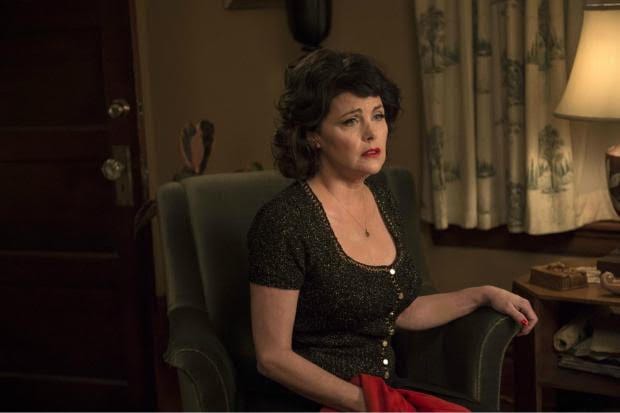