In the week and a bit since The Final Dossier was released, much time has been spent dissecting what it all means. Several podcast discussions, interviews, and a fun and informative Reddit AMA later, we might not be any closer to any definitive answers, but theories and suggestions are starting to coalesce.

I had a lot of time this week to think about the contents of the novel without having much time to do a lot of independent research — such is the life of a Bookhouse library assistant! — but that’s given me the space to investigate this from the angles that mean the most to me without being influenced by side chapters and goose chases, which is what I’d be tempted to do otherwise. One of the things that has been so interesting to me is this idea of the unreliable narrator.

Mark Frost was somewhat quick to point out back in the early days of discussion surrounding The Secret History of Twin Peaks that, especially with epistolary works, the narrator can’t always be counted on to be the most reliable. Memories fade and become less clear and constant the further we are from the event we’re remembering; they are subject to alteration with changing context. We know this. But more than that, Our view of any one individual event depends strongly on things as complex as our state of mind and as simple as lighting conditions; if modern physics and especially special relativity is to be believed (and it should be) then the direction and speed at which we’re traveling can change our perspective on things until two people viewing the same event cannot be reliably counted on to relay the same event in the same way. Issues like this (though maybe not on the same scale that Einstein was thinking about…) have made their way into our court systems, and are now used to discredit the memories of assault and rape victims, turning serious crimes into “He said/she said” cases more akin to hearsay than actual fact, based on the real science behind false memories.

(Collective false memories are also brought up in situations where people can’t seem to agree on whether or not a certain civil rights leader died in prison, or how to spell the surname of a certain family of cartoon bears. But that’s just an amusing side note, for now…)

In light of all of this, can we believe the account of someone like Doug Milford, or Meriwether Lewis, or even someone as decorated and highly-respected as Major Garland Briggs? Knowing what we know about the plasticity of memory, how can we rely on anyone to accurately relay information about a recalled past event?

Now, of course, we aren’t a criminal court, and our standards shouldn’t be that high to pass muster. But there is a case to be made that Tammy Preston is also one of these unreliable narrators. The inconsistencies I brought up in my column last week could be easily chalked up to poor research, or confusion about the shifting realities that she seems to be stuck in. Mark Frost has pretty clearly said as much, replying to a question about the discrepancy in Annie Blackburn’s age and the relation to Tammy’s inconsistent detective work with a simple: “Yes. These things happen.” That should be it. Case closed, right?

But the issue that comes up for me again and again is that Tammy doesn’t seem to be1 pulling this stuff out of thin air. They are, in reality, facts. Tammy is a dedicated FBI Agent and a member of the Blue Rose Task Force. Her curriculum vitae is impressive enough to catch even Albert Rosenfield’s eye. She’s no slouch. If she writes something down, especially with the intention of passing this along to her beloved “Chief”, she’s not going to half-ass it. So if she gets something wrong, there has to be a better reason for it; I don’t think it’s fair to ascribe every inconsistency to shoddy detective work.

Take the mysterious case of Eileen Hayward’s death. On one hand, she is listed as dying

of heart failure; on another, her cause of death is said to be pneumonia. Now presumably Tammy has no prior knowledge of Eileen Hayward before starting the dossier. Her writings would not be influenced by hearsay from years earlier, the kinds of things that are subject to alteration by time and distance and her own faulty memory. An FBI Agent of Tammy’s caliber, given an important task by a boss she admires, is going to go over every last document to get the correct information before she sets out to write it all down. That’s key: she’s going to rely on documents. Hard facts. Police reports. Autopsies. Hospital records. This is what she probably relied on for information about Eileen’s death. Those records aren’t going to be loosey-goosey, or made up of “best guesses.” They’re going to be fact-based. Evidence based.

So how could an inconsistency like this make its way into her dossier?

It’s true that preexisting heart failure is a risk factor for pneumonia, and sudden cardiac arrest could impact patients with pneumonia as well. It’s not impossible that Eileen died of heart failure secondary to pneumonia. But it’s so much more interesting (and no less probable, given the shifting timelines we know are present by the end of the book) to imagine that these documents have been somehow affected as well, that they’re changing around Tammy even as she handles them and records their information in her notes for the dossier. In her haste to type up the files, could Tammy have missed these glaring errors? Yes. Could she be in possession of documents from each timeline simultaneously? Are various versions of reality battling for supremacy in a kind of collapsing wave function, representing all possible timelines being rejectedin favour of one actual timeline. (Maybe that’s a topic for a future column.)

This idea is very interesting to me, as it cropped up early on in TSHoTP discussions with regard to Major Briggs, who seemed to exist outside of time. What we found out in The Return was that Major Briggs did in fact manage to slip into a pocket of timelessness wherein he did not age; unlike Lodge space, this “Zone” was a space of (what he called) hibernation, but he was clearly able to leave and re-enter it at will, since his fingerprints were found at more than a dozen crime scenes over the last quarter century. The question was raised that Briggs’s dossier was a collection of information gathered from various places along multiple timelines and that this was one possible way of explaining the inconsistencies all present in one form. I like this idea a lot, but it has some problems, namely that if this were intended as a warning, it’s a pretty terrible one since nowhere in the book does it explicitly come out and say 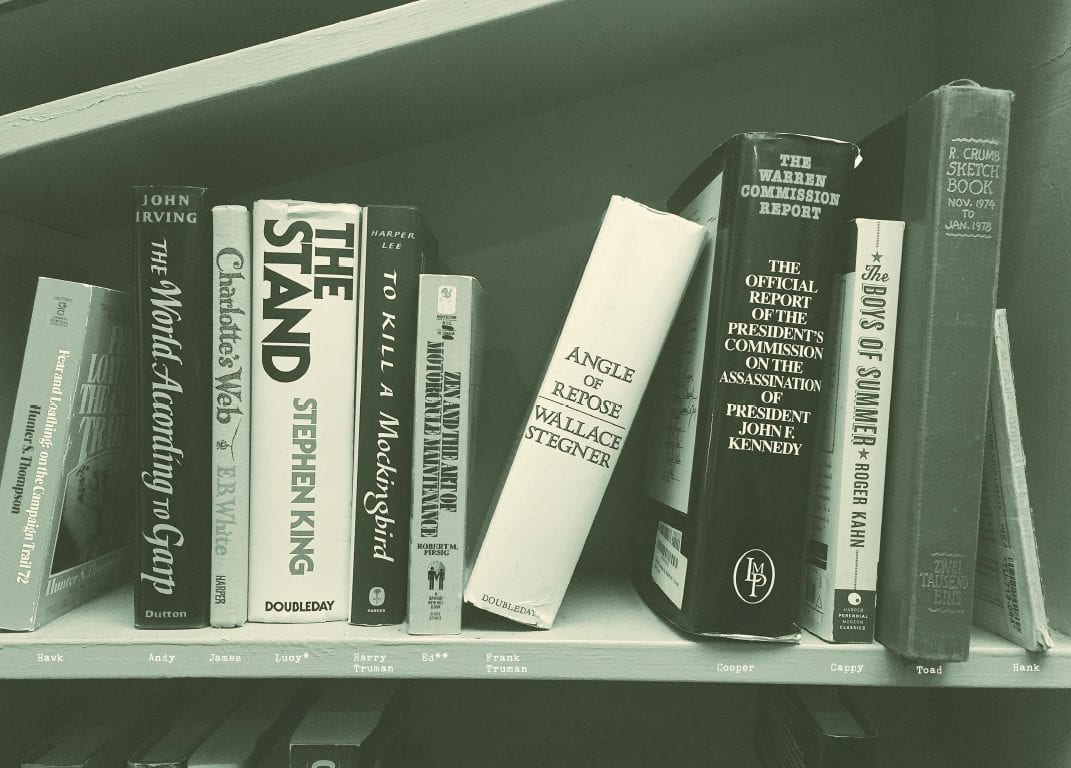 “Cooper has been replaced” or “The Cooper is not what he seems” or whatever. Aside from the one photo from the Bookhouse library (taken well before my time, I can assure you), there is no mention of anything close to a warning about Cooper or anyone from the Lodge infiltrating the world of Twin Peaks. But perhaps the dossier’s raison d’être is harder yet to divine, something simpler than we’ve managed to hit on; maybe it was simply for posterity, or to help a confused and out-of-time Major navigate this new world, figure out exactly what had happened, or maybe it was simply because the Briggs clan has unconventional tastes in bedtime story material. (I kid, I kid…)

Regardless, if Tammy’s dossier is any indication, it seems likelier than ever that documents from one timeline can interact with people from another, or — possibly — to even interact with one another. The implications that The Final Dossier may have for TSHoTP are tantalizing, and — as of yet — largely unexplored. Though I suspect that won’t be the case for long (not if the staff at 25YL have anything to say about it.)

1 There is the possibility that Tammy is relying on more interview material than we might expect from an investigation like this. Certainly, she references examples of conversations she’s had with the Twin Peaks Sheriff’s Department members, as well as letters written by Donna, in addition to the newspapers and records that she uses to get other information. Was Donna the source of misinformation about her mother’s passing, for example? That cannot be ruled out, not in the absence of the kind of epistolary data that we found in TSHoTP. But as we saw with Tammy herself and the TPSD staff, memories are in the process of being overwritten all the time as a result of timeline tampering. Is this the cause of the inconsistencies: people writing down one thing and later recalling the exact opposite, as their memories are changed? Maybe we’ll never know.