Welcome back to the Bookhouse. I’ve been hard at work scouring the bookshelves for clues as to the roots of mythology. As you are probably well aware, among the many questions that The Return, The Secret History of Twin Peaks, and The Final Dossier raised for fans of this world are the ones related to the deepening Twin Peaks mythology. No longer is this simply a world of Black Lodges and Red Rooms, of Dwellers on the Threshold and owls and engine oil and creamy canned vegetables. Where TSHoTP dove into myriad deep streams of occult thinking, The Final Dossier focuses in on one: the world of ancient Mesopotamia. Is the root of all evil in Twin Peaks, and indeed in the world as a whole, to be found in the very root of human civilization? 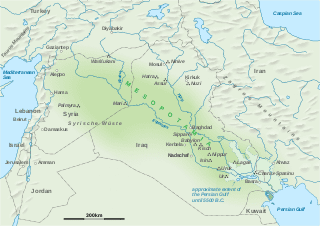 Let’s start simply with a little bit of a history lesson. Mesopotamia refers to the land between the Tigris and Euphrates river; in fact, Mesopotamia literally means “land between the rivers.” Today it is encompassed by modern-day Iraq, and parts of Kuwait, Syria, and Turkey. It is here that the roots of western civilization first reached fertile soil as many as 8,000 years ago. Within Mesopotamia there existed several peoples, kingdoms, and dynasties. One of these was Sumeria, a land in the southern part of Mesopotamia, which is where the first urban cities were built. The Akkadians lived in central Mesopotamia, and their capital was Babylon, the seat of a powerful empire that formed around the Babylonian king Hammurabi, who conquered most of Mesopotamia in 1792 BCE. Assyrians lived in the north, while the Chaldeans lived in the far south, and eventually grew in size and power to the point where they conquered Babylon and expanded the empire, under Nebuchadnezzar, who was the leader responsible for the destruction of Solomon’s Temple and the deportation of the Jewish people to Babylon.

If you go back far enough, I’m sure you can find evidence that each of these unique peoples had their own belief systems that would later be codified into religions, which would later become the basis for both what we call mythology (which in many ways is just one way of saying old/dead religion). It makes amateur scholarship difficult, as the names and terminology may refer to a specific region or to the broader peoples of the entire area. But The Final Dossier mentions the Sumerians by name as the source of the mythology that spawned the demons that it is strongly implied are behind the possession of Leland and Sarah: Ba’al/Beelzebub and Joudy, so that’s where my research began.

I very quickly learned that this wasn’t going to be a straightforward mission. For starters, none of the variations of Judy’s name appear in any form not just within Sumerian mythology but in any of the Mesopotamian mythologies. As pointed out when the name first appeared in The Return, Jowday written as “jiāo dài” or 交代 in Chinese means, among other things, “to explain.” (Interestingly, another variant of jiāo dài also means “recording tape”…so I’m side-eying Season 1 & 2’s Diane the tape recorder right now…). Setting aside the conflation of Near Eastern mythology with Chinese phrases, it’s been pointed out that the Mandarin Chinese pronunciation of  jiāo dài does not correlate phonetically to either Judy (/ˈdʒuːdi/) or Jowday (/ˈdʒaʊ:deɪ/). It’s most likely that this is nothing more than an attempt on the part of the author (Mark Frost, in this specific case) to fit established mythology into something far larger, and that there is no answer to this question of who Judy is. I guess we really aren’t going to talk about Judy at all.

Ba’al is a different story. This demon definitely appears in Canaanite mythology and the Hebrew Bible, and has a well-documented history in that region. He is often linked to the Devil, as either the Devil himself or his right-hand man. Beelzebub, the second name given to this same deity/demon in The Final Dossier, is linked to Ba’al; they share similarities in name and function, and are often assumed to be one and the same. Ba’al was worshipped by the Phoenicians, Beelzebub by the Philistines, neither of which are Sumerian.

As there is no reference to Judy/Jowday in any of these same ancient sources, it’s hard to verify the accuracy of Tammy’s retelling of the ancient Sumerian legend that says she and Ba’al/Beelzebub were the female and male forms of utukku that, if united on Earth, would force a reckoning the likes of which humanity had never before seen; this is just one reading of this story, and it seems to be where Mark Frost (through Tammy) is pointing us. But, it’s here where we find the first concrete link to Sumerian mythology: utukku. We would call them “ghosts”. They are the spirits of dead humans who are generally acknowledged to haunt deserted places and are capable of causing harm to humans.

Frightening stuff, to be sure.

But does that square with what we know about BOB and Judy within the Twin Peaks “canon”? It doesn’t seem as though either of them are the earthbound spirits of a recently departed living human; the closest we might get to that is the character of Denver Bob from TSHoTP, who lived in the area in the 1800s and had some kind of contact with what seem to be Lodge-like forces, at least according to the journal left by his travel companion. If Denver Bob is BOB before he died, then who was Judy? It seems unlikely that she is simply the spirit of a once-living human but, again, the texts leave us wanting, for better or worse.

If we assume that Tammy is on the right path with her research but not quite all the way, an interesting alternative is that perhaps Ba’al and Joudy are not utukku at all but are instead related to the Sumerian demon trio Lilû, Ardat Lili, and Lilitu. These spirit entities fit much more closely to what we know (or at least intuitively suspect) of BOB and Judy. Lilû was the male demonic figure, and Lilitu the female; Ardat Lili is sometimes known as “Lilitu’s handmaiden” but she falls into the same class of demon as the first two. The male and female versions of this particular spirit were said to be night demons who visited humans while they slept, similar to the later concepts of incubi and succubi.

If you know your Biblical mythology, then you should recognize the name Lilitu; she became Lilith in Talmudic lore, and was the first wife of Adam. Biblical stories vary but it seems the general gist is that Adam and Lilith did not get along, and Lilith fled, at which point she was defiled by the Great Demon. In many cases, this Great Demon is acknowledged to be Samael, who is now often linked to the Devil himself and is an archangel in his own right, one of fallen angels from the Book of Enoch. Their subsequent marriage had the potential to produce demonic children capable of destroying the world; God castrated Samael to prevent this from happening.

Now I am no Biblical scholar and I know we’re in fictional Twin Peaks mythological territory here, but it sounds a lot like Lilith and Samael are behaving the way Tammy alleges the Sumerian utukku spirits Joudy and Ba’al are said to behave.

The union of these two — Lilith/Lilitu and Samael/Lilu — is further cemented in a version of the story that alleges that, when Adam and Eve sinned in the Garden of Eden:

“it caused two sexual awakening [sic] among the two pairs of “twins”. This was the awakening in which the snake, either called Nahasiel or Gamliel, took part – the event that caused evil to become its own entity capable of expression.”

This idea of “twinning” sounds awfully familiar, as does the notion that sin — and in this case, original sin — brought pure evil into the world, literally as a result of the sin itself.

It’s worth pointing out that, in the King James Version of the Bible, Lilith is said to be represented by a screech owl. Make of that what you will.

This is all I’ve got from my research so far, though this task is ongoing. But it’s enough to tantalize. What does this all mean? I’m really not sure yet. We’ve established that Tammy is not the world’s most reliable narrator, whether because she’s mistaken about the timelines or because she’s sloppy (though I favour the former explanation). Is it possible that Tammy is simply not up on her Ancient Sumerian mythology and simply confused the idea of utukku with the much more malevolent Lilû/Samael and Lilitu/Lilith demons? Of course it is; we established early on that this area is rife with confusion. But the origin story of Lilû and Lilitu matches that of BOB and Judy far more closely than any utukku does, so it makes me wonder. If there are going to be ancient mythological deities haunting Twin Peaks for the purpose of wreaking havoc upon of humankind, my money is on them. 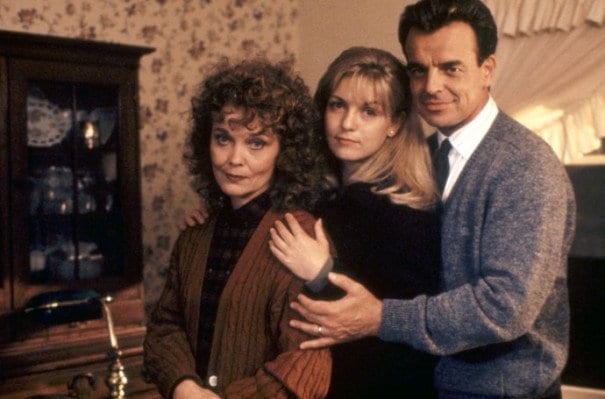 All of this leaves wide open the question of Leland and Sarah, the very mortal humans whom we met in the Pilot as grief-stricken parents and who, by the end of Part 18 of The Return, had been transformed into an incestuous, infanticidal monster of a father and a raging she-beast of a mother. This doesn’t sit well with a lot of people, people for whom the Palmers’ stories represented, at times, true-to-life versions of a terrifyingly common stories: of abuse and shame and powerlessness to fix things, to help in any way. If Leland and Sarah were not Leland and Sarah but were in fact inhabited by ancient mythological deities hell-bent on destroying the world, what does that do to the human levels of this story?

And what does this mean for Laura Palmer? Her salvation at the end of Fire Walk With Me was brought about by a devastatingly powerful moment of true choice in the train car, when Laura decided that she would rather die than let herself become her abuser and allow BOB to possess her. We’ve already seen how Part 17 and Part 18 seem to usurp the power of this choice, turning Laura into a pawn in a larger game she has no control over, the outcome of which was determined a very long time ago. If this interpretation holds, what’s the point? It all starts to feel very hopeless all of a sudden.

Last week found some semblance of hope for Annie, for Diane, and for Audrey; will Laura find hope as well?

My colleague Gisela is hard at work on a similar line of inquiry; look for her work on ancient mythologies in the coming weeks.