The title might seem a bit dramatic but let me explain before writing me off as ridiculous. In the Summer of 2014 I was in a personal hell that I could not even begin to put into words. I suffer from a litany of mental health issues and have for most of my life, however, this particular summer was the peak of my ill health. I had just started a dark descent into the type of depression that can only come after a long and destructive stretch of Mania. I had moved on to extreme medications by this time and the side effects were (and still are) often just as bad as the illness I was (am) battling.

It had been a day, in a seamless stream of many, where my brain couldn’t or wouldn’t focus on anything and most of my previous interests and hobbies were no longer appealing to me. I decided to turn on Netflix and just let it play in the background to gain even a morsel of normalcy in my immediate space. Because it seems weird when your husband comes home to you staring off into the distance with no noise in the house whatsoever. I was scrolling through the shows when I saw Twin Peaks, it rang a bell. “Oh”, I thought “It’s that super weird alien show my mom used to watch” (I was six when Twin Peaks originally aired). No, I really wasn’t in the mood for that much weird. I wasn’t, really, at all, but for some reason I decided to play it anyway. I couldn’t focus on anything so what difference did it make? Perhaps I would find it nostalgic.

I wasn’t kidding about my inability to focus, I barely paid attention to the pilot episode, I was doing three or four other things all at once just to keep busy and before I knew it I was three episodes into the first season. I want to say it was around the time that Agent Dale Cooper started throwing rocks in the woods with the rest of the Twin Peaks police station. I perked up, this wasn’t the show I remembered from childhood, this was funny, this was quirky, this was dark. I was hooked. I started the show over from the pilot and paid strict attention to everything that was going on. Before I knew what I was watching I was in love with the town of Twin Peaks and the people who lived there, I was enthralled by Laura Palmer, a little in love with Dale Cooper and deeply curious about the picturesque woods that engulfed it all. 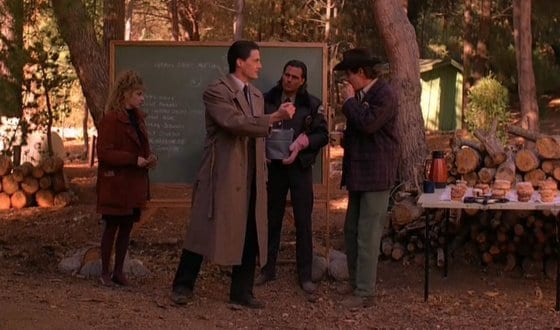 The funny part of my coming around was that the part of the show I remembered from childhood was the Red Room and The Giant/The Fireman, I guess I thought they were aliens and at the ripe old age of six, I was not impressed. As an adult, the Red Room became one of my favorite parts of the story, and for whatever reason it was what got filed away in my brain and ultimately led me back to the magic of Twin Peaks. I have gotten off track here…

Back to that summer we go, I devoured every episode, I joined online fan groups, I promptly ordered the “Missing Pieces” box set and with a bit of hesitation watched Fire Walk With Me. I will admit I was a little scared of it because I knew David Lynch was going to show the abuse Laura endured and I didn’t know if I was ready to handle it. I ended up loving the movie just as much as the show. All of a sudden I had something important, I had something that got me out of my head and didn’t require a prescription. I had an unsolvable mystery, something that I would have abhorred before was now keeping me afloat. 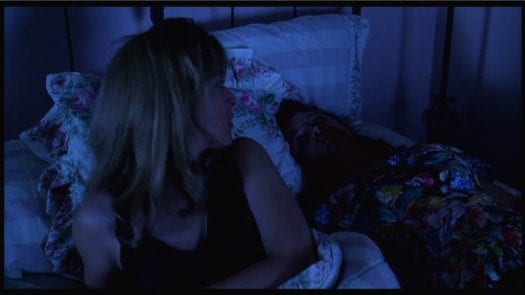 I don’t have a real count for the number of times I have watched the original run, I would say it is nearing twenty, even with that I manage to find something new every time I go back in. I have connected with people in ways that, because of my mental illness, I wouldn’t really be able to otherwise. In my free time I have turned my kitchen into my own miniature Red Room, because I now cherish the memory that my tiny self for some reason held onto.

So, there it is, the story (more or less) of how Twin Peaks (plus a bunch of medication and other management) saved my life. I went from serious suicidal depression, daily, to something that at least looks like functioning.  It seems weird to me now, that this show that I barely wanted to watch just came along and handed me a puzzle. It handed me a young woman who was abused and scared and just making it every day one day at a time, the only way she knew how. Sounds familiar.

I am still sick, I will always be sick, and I am no way suggesting that a television show is going to be some kind of permanent solution to real permanent problems. With that being said I do wholeheartedly believe that Twin Peaks is part of the reason that I am still here, I don’t know how to even begin to be grateful for such a thing.

Amber is the Social Media Manager at Horror Obsessive. She loves terrible horror films and has an unhealthy obsession with The Golden Girls. In her free time, she is a Circus Artist and performs Aerial, Stilts, and Fire (occasionally).