When Twin Peaks was canceled at the end of its second season in 1991, it left a void television didn’t know it would have to fill. A new audience was discovered, an audience that wanted something more than the nighttime soaps, procedurals and sitcoms they saw in varying forms. This new audience had a desire for television that could make them both think and feel, could make them question larger mysteries than what we were accustomed to seeing in our everyday life, told emotionally challenging stories and that dared them to dream. They wanted stories that didn’t wrap up at the end of the hour and that could linger in their minds until the time came for the next episode one week later. Prestige TV had been born. Network television responded by getting bit by the “weird” bug and networks began producing shows that were weird for the sake of being weird, hoping to catch lightning in a bottle the way Twin Peaks had. None of these shows had the characters, lingering emotion or soul based work that Mark Frost and David Lynch’s now cult classic had. Weird for the sake of weird wasn’t going to cut it but that audience still begged for something new to cling to. Enter The X Files.

Chris Carter’s The X Files came to television a little over two years after the then series finale of Twin Peaks aired and one year after Fire Walk With Me was released in theaters. The X Files used many Peaks alum in cameos, and series star David Duchovny himself had a memorable few episode run on Twin Peaks as well as Agent Denise Bryson. Shot in Vancouver for its first five seasons, the show was able to reproduce the same, eerie Northwestern feel and also managed to capture viewer’s imaginations with its overarching mythology that like Twin Peaks, wasn’t prominently featured in every episode. Mythology in The X Files was what most fans gravitated towards but in order to both keep the show fresh and continue the story for many years, “Monster of the Week” episodes and various mini-arcs were used to space out the major mythology downloads. It was a smart strategy—most fans of the show feel that The X Files maintained a high level of quality for its first 7 of 9 seasons, which by television standards is quite impressive.

The X Files focused more on capturing the imaginations of fans and used more emotionally based storytelling sporadically, as opposed to Twin Peaks, which used emotion as the core of its show. The audience certainly had an emotional connection to the lead characters of Mulder and Scully whose quest became spiritual in a sense; discovering who they were and what they believed in all while attempting to uncover hidden truths. While the audience is somewhat divided on the final two seasons of the show’s original run, there’s no doubt that The X Files certainly played a large role in the continuation of television’s growth towards what we now call “Prestige TV”.

In 2004, the void was being felt again for another mythology-heavy show to capture that particular audience’s imagination. Enter Lost, a project that at that time had the most expensive pilot ever produced (so expensive in fact that the network head who approved it was fired) and had J.J. Abrams attached to it at first. Abrams would direct the pilot and help get the show launched, but control of the show would be turned over to a young, unproven showrunner by the name of Damon Lindelof. Damon was handed a pre-approved project and asked to create a series based off a concept. He has said numerous times over the years that he never thought Lost would last more than 10 or 11 episodes and so he adapted a Twin Peaks-like mentality of creating something utterly unique to television at that time—the kind of show he said he would be interested in watching. The concept turned into a mystery at heart with mythological underpinnings but also was very character heavy in the same way that Twin Peaks was.

Much to Lindelof’s surprise, Lost became a hit for ABC (the same network that originally aired Twin Peaks) and Damon was now in a position to take all of these interesting story threads from the show’s first season and make a long term plan with them. Critics of the show would often complain that Lindelof and his writing partner and co-showrunner Carlton Cuse were “making it up as they went along” which would usually prompt a sarcastic response from Damon about how they actually made it all up after the first season ended. Lost would last for six seasons and would be groundbreaking in many ways. The show was the first to announce its own end date— announcing mid-season three that they would end after season six. The show took creative liberties nobody else was at the time—flashbacks, flash forwards and even “flash sideways”, were all-time constructs they used to both tell character-driven stories as well as to advance the show’s mythology. Much like Twin Peaks, Lost fans were drawn to the mystery and mythology but were also equally gripped by the characters and their deeply rich emotional journeys all the way up until the end of the series.

Much like the end of Twin Peaks: The Return, Damon Lindelof and Carlton Cuse ended the show on their terms with an ending they knew wouldn’t be the most popular but was what they wanted to do artistically. To this day, there are still some that challenge the ending of Lost and say that it ruined the rest of the show for them. Fellow 25YL writer Stewart Gardiner and I are among those who strongly disagree and will defend the ending of Lost to any naysayer. To me, Lost is the closest show there ever was to filling the void Twin Peaks left initially, with the possible exception of Damon Lindelof’s next show, The Leftovers. 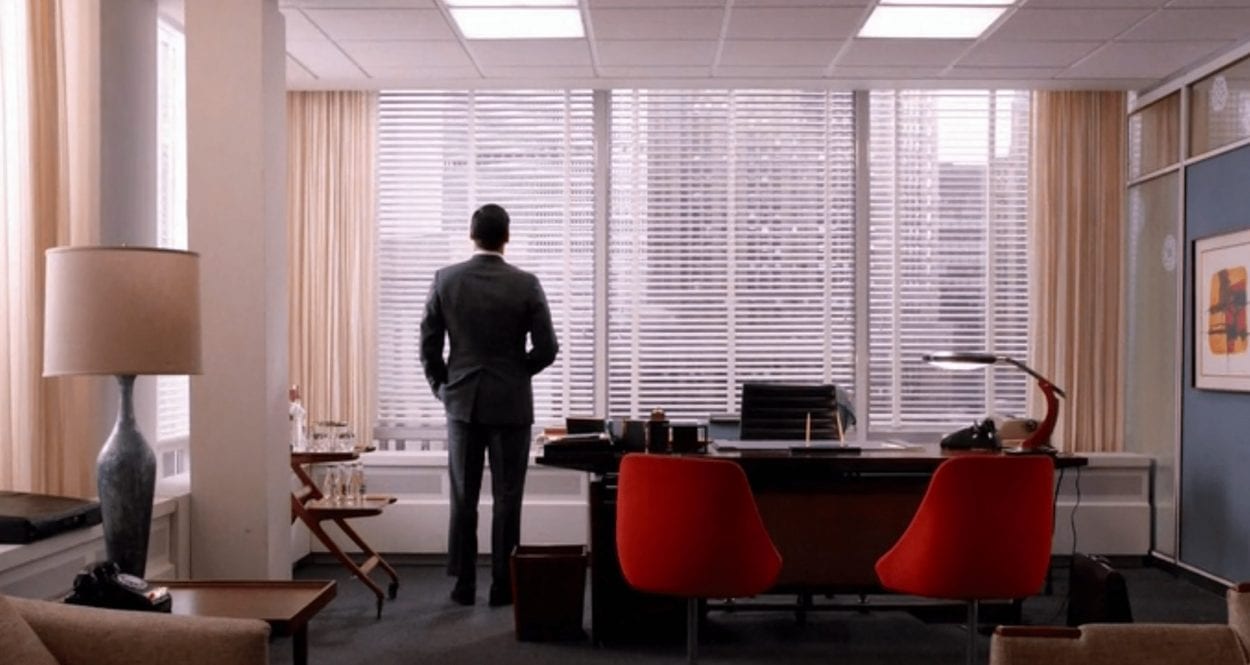 When Lost ended in 2010, we were in the beginnings of the “Golden Age of Television” although we weren’t calling it that yet. While not entirely in the same vein as Twin Peaks, shows like Mad Men were drawing in people that loved the highest of quality of television, including David Lynch himself. (Author’s note: David Lynch is pretty open about not watching much-scripted television and he loved Mad Men enough to the point where he asked series leads Jon Hamm and Elizabeth Moss to go out for drinks one night and he refused to call them by anything other than their character’s names, Don and Peggy).

Shows like Breaking Bad were to follow, which was less comparable to Twin Peaks than Mad Men was but was absolute “Prestige TV” the way Twin Peaks had been in year’s past. The Leftovers would follow and might be the closest comparison to Twin Peaks in any way that you can think of. The Leftovers had a 28 episode run, which was considered by many critics and fans alike to be the best show on television for two of their three seasons. But it never had the network support or awards to go with that praise and from a content standpoint, an entire article one day needs to be devoted to the similarities between The Leftovers series finale and Part 18 of Twin Peaks: The Return. It should be noted that The Leftovers finale aired before Part 18 of Twin Peaks.

There are many more fondly recalled and even classic television series that have come and gone since Twin Peaks first graced our screens in the early ‘90s that have cited Twin Peaks as an influence or at least should have. David Chase, the creator of The Sopranos, is an outspoken Twin Peaks fan who has said numerous times (including in an excellent interview that appeared in the Season One DVD boxset) that David Lynch himself inspired the Sopranos trademark dream sequences. The Sopranos is considered by many to be the greatest television show in history or at the very worst, in the Top 5 and Tony Sopranos’s dream episodes are a staple of that series. What would that series have looked like without the influence of David Lynch and Agent Cooper’s dream sequences? While it’s easy to look back at the past 25 years and see both the quality and the not so high-quality Twin Peaks inspired television shows; the question is now, what will the future look like? David Lynch and Mark Frost once again broke new ground with their return to Twin Peaks.

What kind of influence will that have over today’s filmmakers and showrunners? Will we see someone else attempt the long movie structure compared to the traditional television format? The pacing? Will someone else bringing their show back from the proverbial dead now feel the freedom to be less reliant on nostalgia and instead feel free to break new ground? Will the call to be true to one’s artistic self overpower the call for fan service? While I’m sure there will be poor imitations of Dougie Jones and tulpas aplenty in shows to come, the next generation of Damon Lindelof’s, the next David Chase and the next Matthew Weiner were out there watching too. Did Lynch and Frost dare them to dream with the new Twin Peaks season the way they did the generation of artists that followed the original series? I certainly hope so. The world can never have enough high-quality art.