The following is a guest article from Magda Mariamidze, one of the admins from the Facebook group, Twin Peaks: Time and Time Again. Hope you enjoy the article and please be sure to let Magda know what you think!

In this article, I want to talk about a few connections to Aztec mythology I see in Twin Peaks: The Return. I’ll try to look into twins and doubles, as well as scenes with Sarah Palmer, Steven & Gersten and Cyril Pons.

1. Let’s start with twins and doubles.
There are several pairs of twins in Mesoamerican, and in particular Aztec, mythology. They may be heroes who fight together for the common goal, or rival gods, opposites, who are still connected, being both essential to achieve the final goal, thus creating contrasting duality (the term is not mine, is taken from the article by Benjamin Rideout “Twins in Mesoamerica as a Symbol of Contrasting Duality”).

In the context of Twin Peaks the most interesting twin deities to me are Quetzalcoatl and Xolotl, and Quetzalcoatl and Tezcatlipoca pairs. Quetzalcoatl (“Feathered Serpent” in Nahuatl), the god of light, wind and wisdom and Xolotl – according to some myths they are twin brothers. Xolotl, who is associated with the Mictlan (underworld) and death, can be seen as Quetzalcoatl’s shadow self, double. Xolotl was the God of twins and deformities. Though, as I already mentioned, in Mesoamerican myths twins were often heroes, in reality twins were considered to be a deformity and threat to their parents, so one of the twins was killed soon after birth. Thus Xolotl might represent the murdered twin who “dwells in the underworld”, while Quetzalcoatl, whose name can be also translated as “The Precious Twin”, is the twin “who dwells in the light of the sun”. (Quetzalcoatl and Xolotl also represent different phases of Venus as the morning and evening star, respectively. But, this can be a topic for another investigation.) In the myth about creation of the Fifth Sun, god of the wind Ehecatl – one of the manifestations of Quetzalcoatl, and therefore also known as Ehecatl-Quetzalcoatl, sacrifices all the gods to make the sun start moving. Last one to be sacrificed is Xolotl. Thus Quetzalcoatl is sacrificing his double. (I’ll get back to Xolotl and this myth in the 3rd section.) 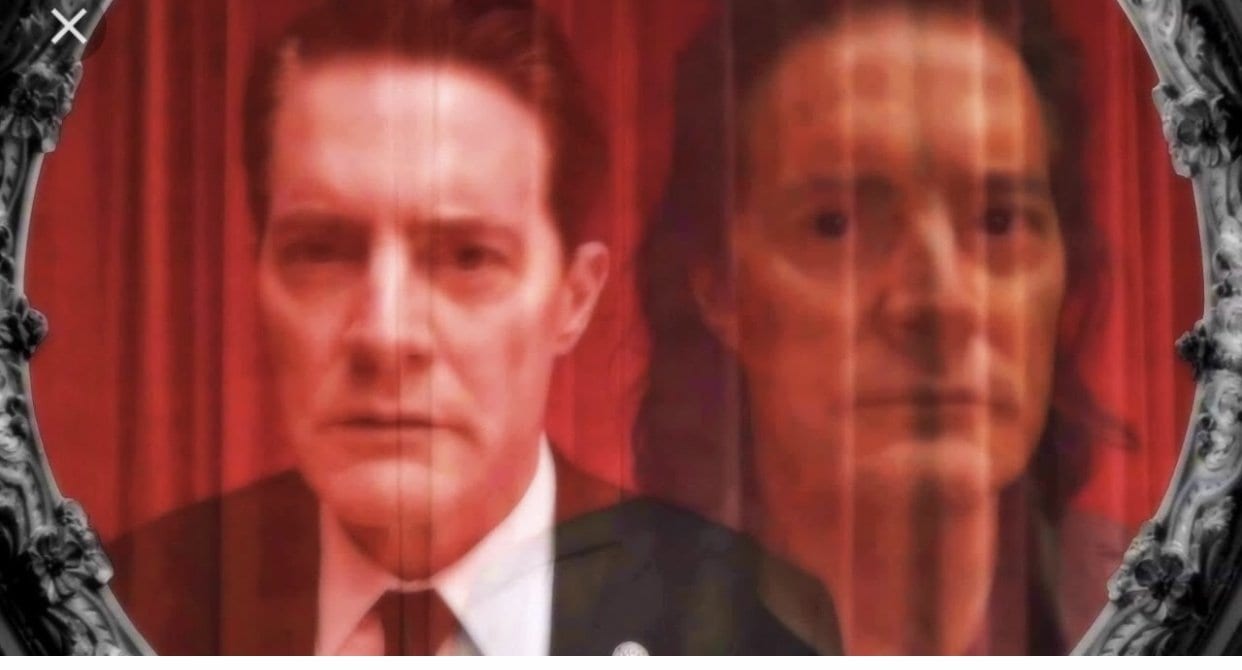 2. Tezcatlipoca, taken separately, has some interesting attributes. Among his naguals, or spirit animals, are jaguar and turkey. The first — jaguar is manifested as the god Tepeyollotl, the god of earthquakes, caves, echoes, and jaguars. His name means “heart of the mountains.” Jaguar aspect reminds me of Sarah Palmer’s scene watching documentary. Though this scene may be more related to lioness as mother symbol, but I think is still deserved to be mentioned. Tezcatlipoca’s attribute is obsidian mirror (three mirrors behind Sarah). Chalchiuhtotolin (Jade turkey) – Tezcatlipoca’s another nagual. In this form, he terrorizes villages, bringing disease and sickness. I think there is no need to mention Sarah Palmer’s scene in supermarket.

An excerpt from Wikipedia says:

In Aztec mythology, Chalchiuhtotolin was a god of disease and plague.

Chalchihuihtotolin, the Jewelled Fowl, is Tezcatlipoca’s nagual, and is a symbol of powerful sorcery. Tezcatlipoca can tempt humans into self-destruction, but when he takes his turkey form he can also cleanse them of contamination, absolve them of guilt, and overcome their fate.

By all this, I DON’T want to say that Sarah IS Tezcatlipoca. I see it more as what “messages” are delivered to us through Sarah. 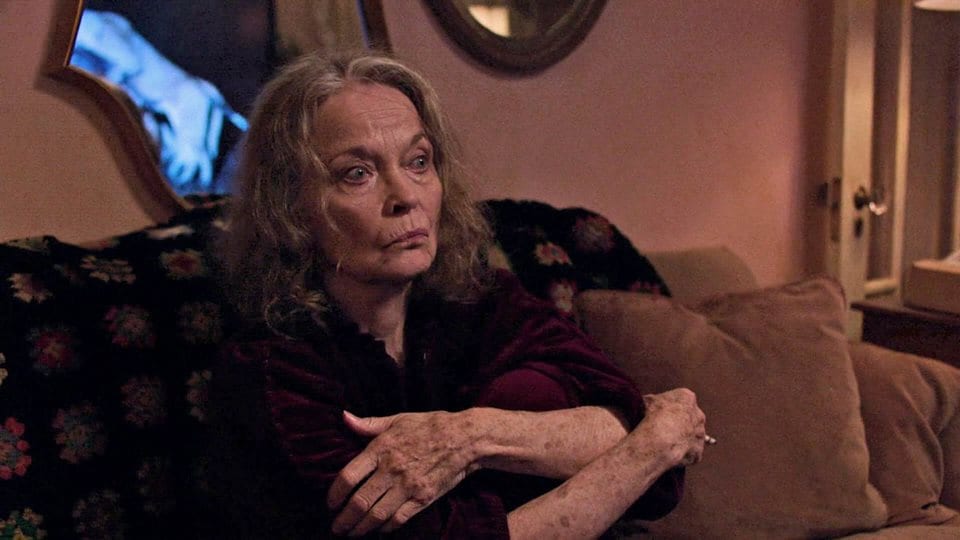 3. Finally, I’d like to remember one of my favorite and one of the weirdest scenes of The Return: Steven and Gersten’s in the woods, strange things Steven is saying: rhinoceros, lightning in the bottle, turquoise. It is also the only time we meet Cyril Pons together with his dog.

Let’s start with Steven. In Aztec mythology, there is a god Xiuhtecuhtli (“Turquoise Lord” or “Lord of Fire”) — the god of fire, day and heat. Xiuhtecuhtli is sometimes considered to be a manifestation of Ometecuhtli, the male part of the abovementioned Ometeotl, God of Duality. Xiuhtecuhtli was considered to be the father of the Gods, who dwelled in the turquoise enclosure in the center of earth. Turquoise was the symbolic equivalent of fire for Aztec priests. Xiuhtecutli is the god of fire in relation to the cardinal directions. The Nahuatl word “xihuitl” means “year” as well as “turquoise” and “fire” and Xiuhtecuhtli was also the god of the year and of time. 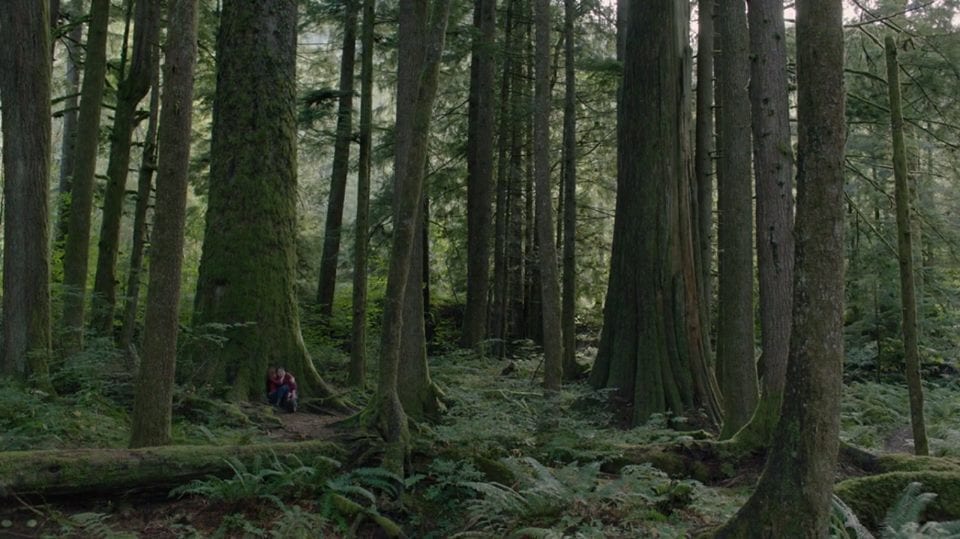 Now, Cyril Pons. Let’s start with his name. Cyril Pons character is named after fictional character Solar Pons (if we dig deeper, keeping in mind Aztec connections – Solar Pons = solar bridge, or bridge of the sun). Xolotl, apart from being the God associated with dogs, twins, sickness, deformities, lightning, fire, Venus, etc. and guiding souls into the underworld when people die, also is a carrier of the sun through the underworld, before it is reborn. Thus he can be seen as a kind of bridge for the sun. 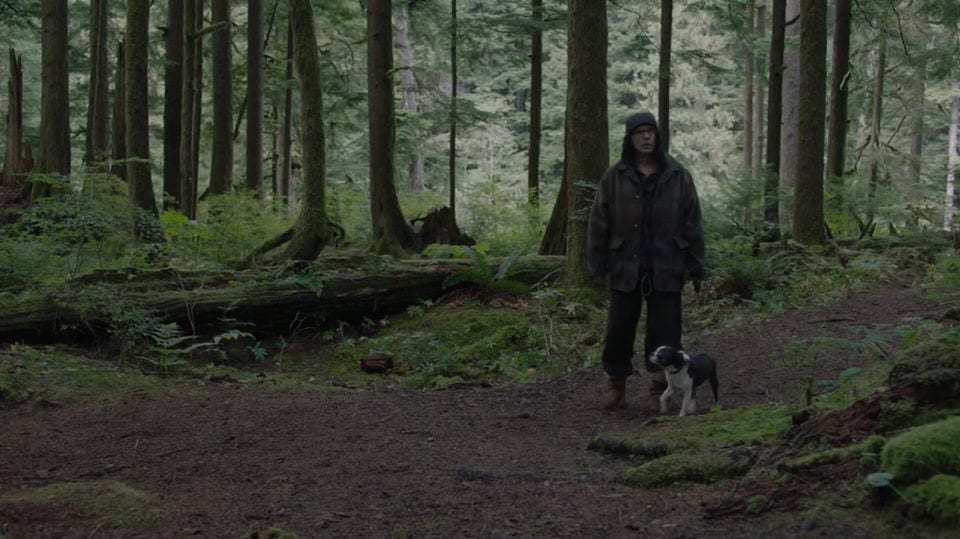 Xolotl is usually depicted as a dog. In this scene Cyril walks his dog. According to the myth, when creating The Fifth Sun, Xolotl and Quetzalcoatl went to the underworld to collect bones of ancient humans, which they used to re-create new humans. “Dog was created from these same bones, and presented to mankind as a gift from the gods. The men were instructed to protect and care for their dogs. In return, when the time comes, their dogs would guide their souls in the afterlife. The deceased soul and its dog companion would wander side by side beneath the earth for four years before finally reaching their ultimate destination, Mictlan.”[1]

So, yes, I see Cyril, his dog, or both of them as some kind of Xolotl representation.
And finally, to enforce my arguments, I need to mention the song by The Veils – Axolotl. We hear it in the end that same Part 15 of The Return, in which Steven/Gersten/Cyril scene happens. Let’s go back to the myth about gods’ sacrifice. When Ehecatl-Quetzalcoatl sacrificed all the gods, the last one to be sacrificed was Xolotl, but he refused to it and tried to avoid death by changing himself into other forms: first the maize-plant xolotl, then the agave mexolotl, and finally the larval salamander axolotl.

As I was working on this post, I came across the article by Eileen Mykkels — Listen to the Sounds: The Music of the Return Parts 9-15, where she reviews this song among other things. 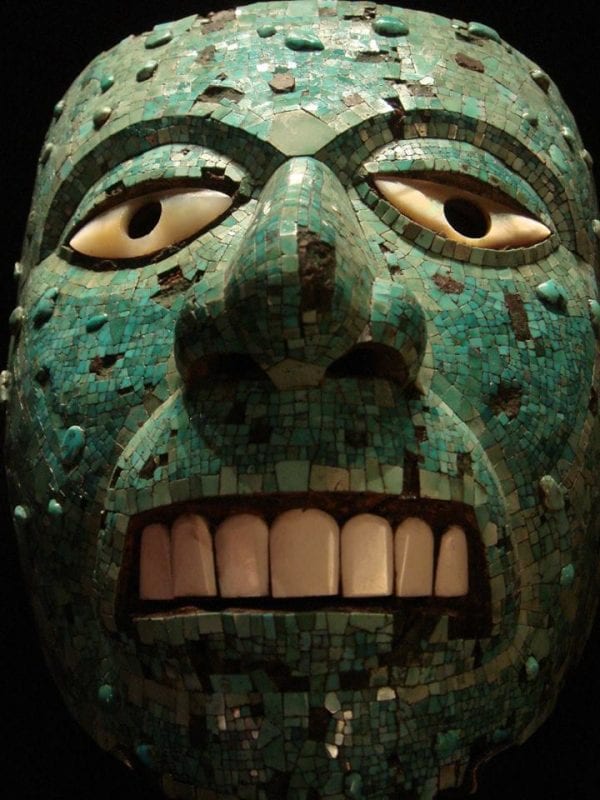